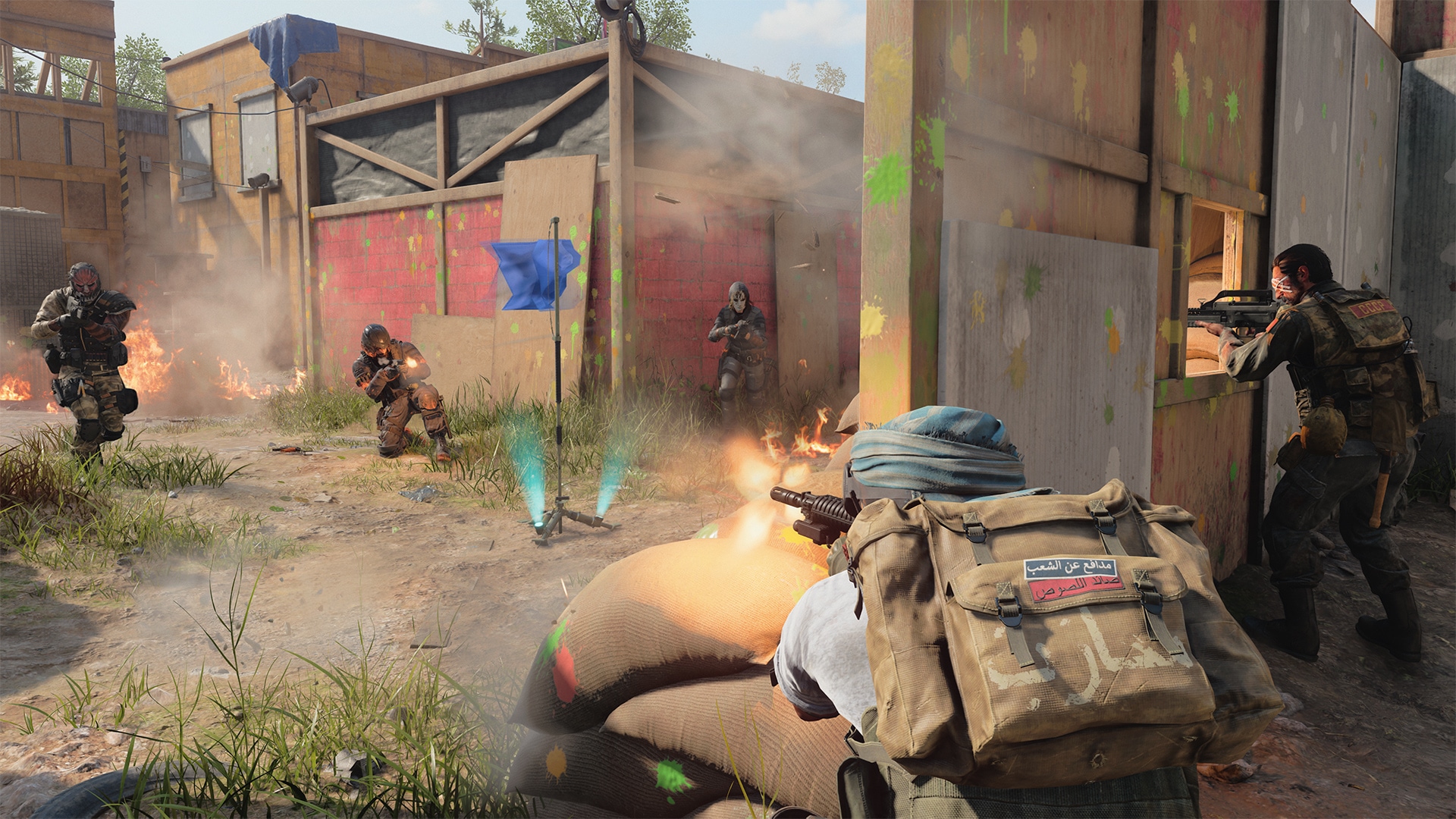 Like Call of Duty, this game mode has plenty of history behind it.

An objective mode whose roots stem from the very first Call of Duty Multiplayer experience, Capture the Flag (CTF) is a competitive mode where squads must take the enemy’s flag and return it to their home base, while also defending theirs from the enemy team.

A flag will not be captured unless a team’s own flag is safe in their base, so squads must have both a good offense and defense to win the match. Also, a short respawn timer prevents any one side from throwing themselves recklessly towards the enemy base, making each life count in this fast-paced tactical brawl for supremacy.

Later in the season, Treyarch is expanding the paintball experience out of Rush and into the wider world of Black Ops Cold War Multiplayer in the new Paintball Moshpit. This new way to play MP will introduce paintball visual effects and impact sounds to the action across a selection of maps and modes. Get ready to get messy!