Warzone Wednesday: Five tips and a tour of Standoff 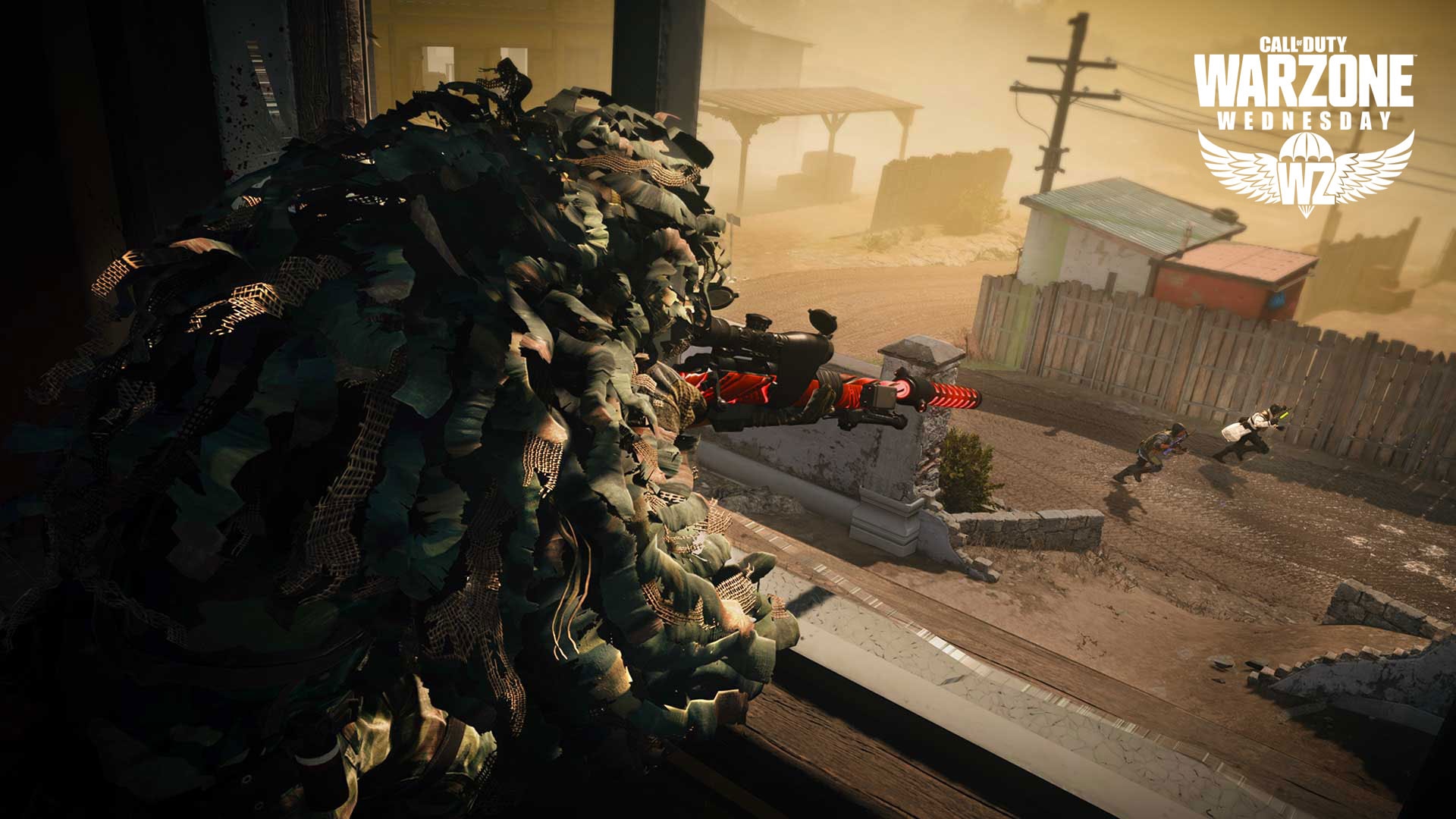 Welcome to the Warzone.

Every Wednesday is #WarzoneWednesday here on the Call of Duty blog. This weekly column — and, by extension, the Official Warzone Strategy Guide — will help you become one of the most elite Operators in the world.

The strategy guide is fully updated for Verdansk ’84, and to help you digest its 230,000+ words of wisdom, we’re breaking down a fresh Point of Interest and providing five tips straight from the guide. We’ll keep you informed of future Warzone updates, too. 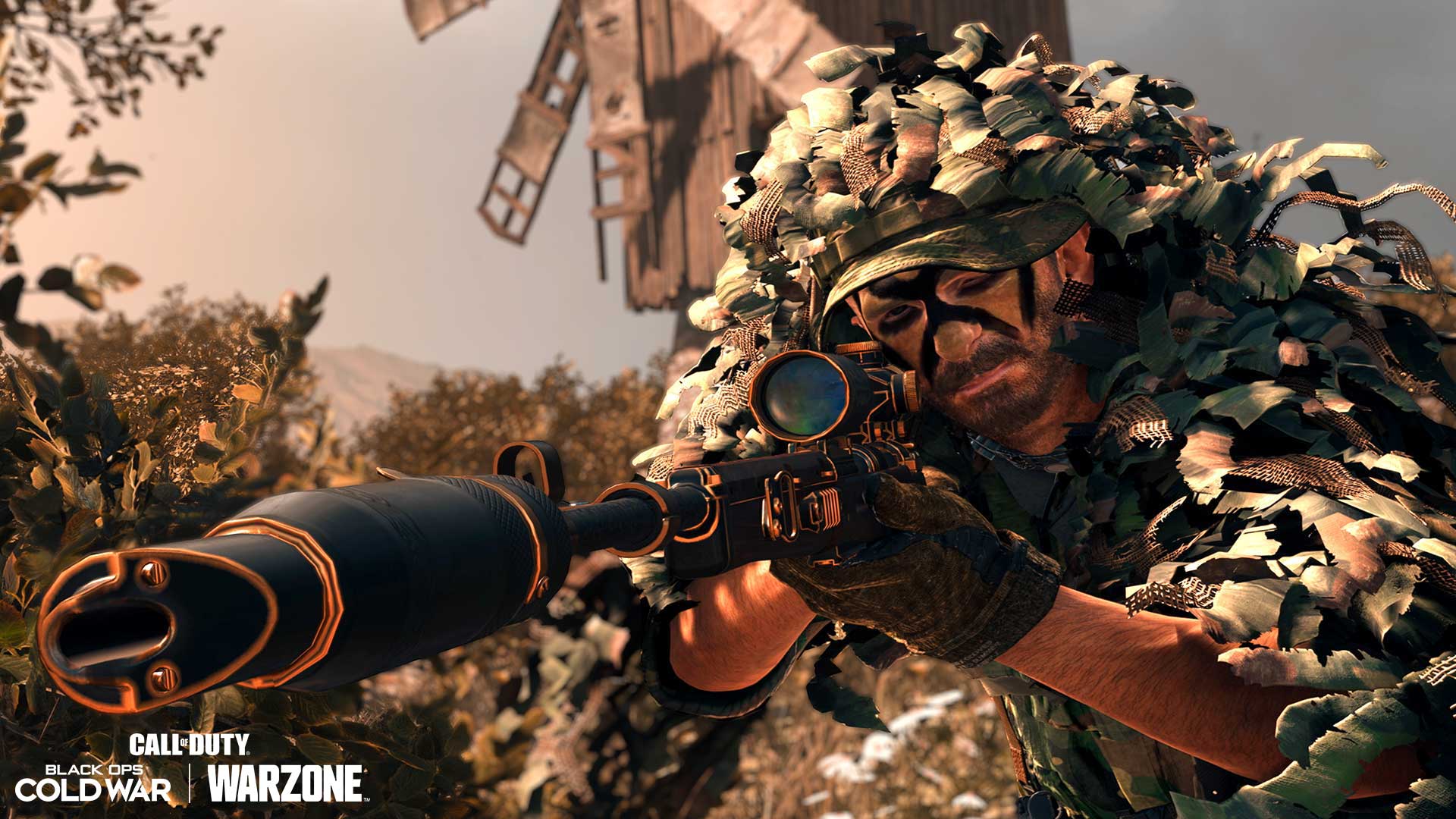 Point of Interest of the Week: Krovnik Farmland – Standoff

In eastern Verdansk the iconic domed Town Hall looms over the Krovnik Farmlands in a facsimile of the fan-favorite Standoff Multiplayer map, first seen in Call of Duty: Black Ops II. With plenty of loot and impressive verticality, it’s worth dropping into Standoff early in the match, before enemy squads have the chance to dig in. 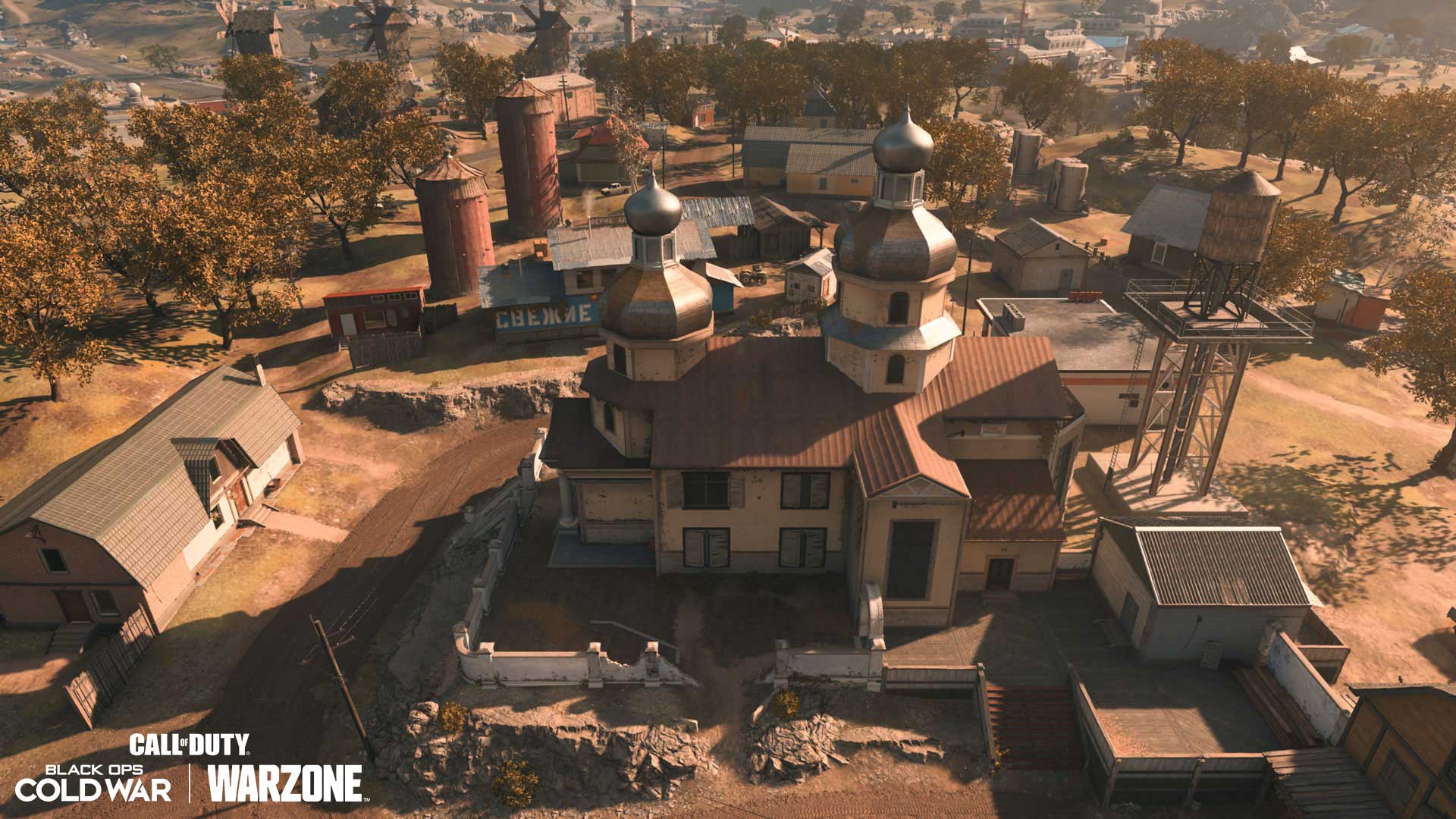 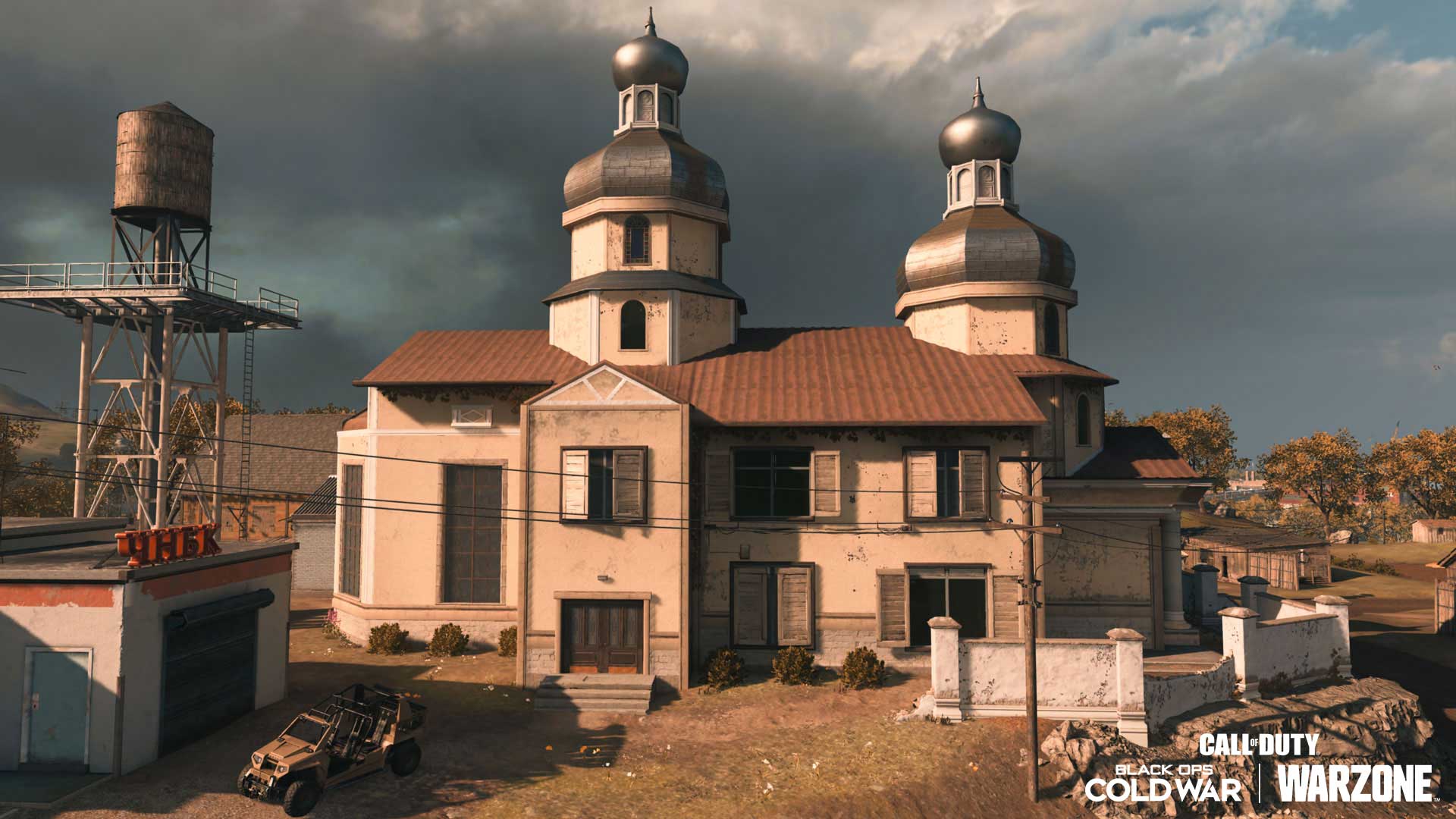 Standoff: Town Hall Exterior (North): Along the north wall (facing the road and Gas Station), there are sections of perimeter wall to drop behind, but the better cover options are firing from the window (one on 1F, one on an interior 2F balcony); the windows have open shutters. The main double doors lead into the grand interior. To one side of these doors is a ladder leading up to the roof. Note the upper arch window (north) you can break and enter from. 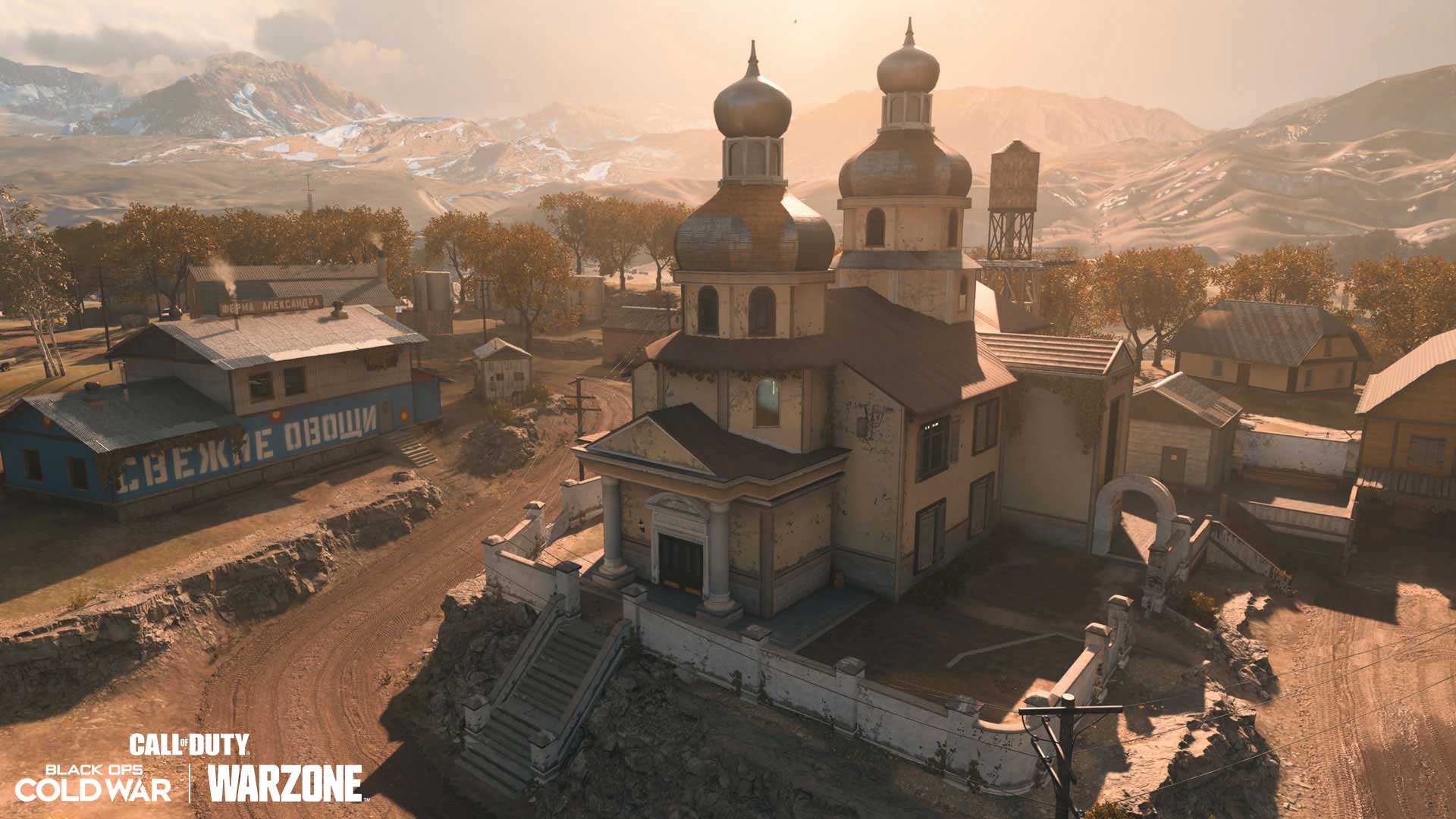 Standoff: Town Hall Exterior (East): Steps up to a double set of doors allow access into the Town Hall at this point, and a low wall offers some degree of protection. Note the two upper arch windows (northwest and northeast). You can smash and enter either of them from the roof itself. 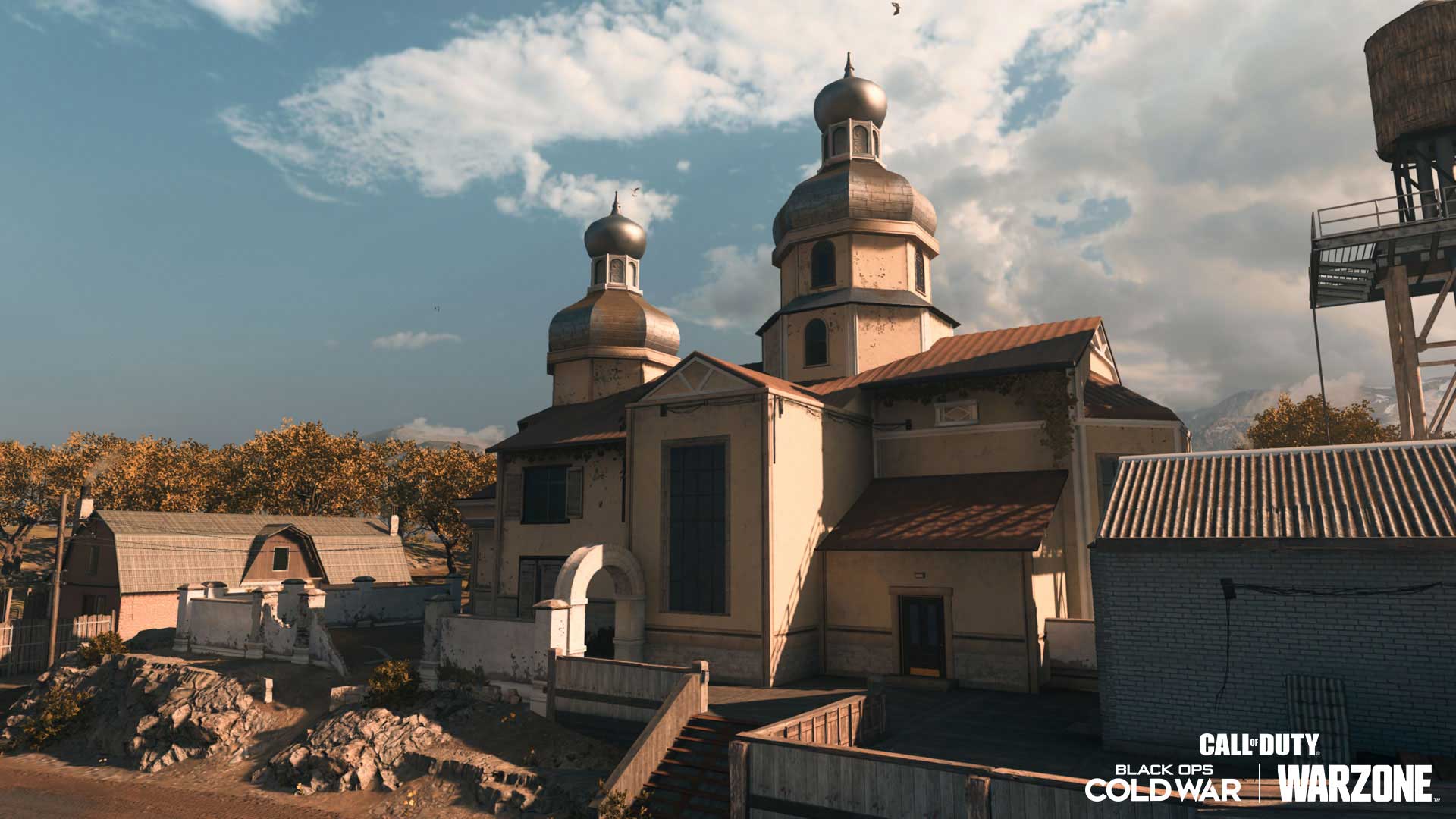 Standoff: Town Hall Exterior (South): There are two entrances between the sections of ruined wall; into the small yard, or up the low steps to a deck near a small shed and door. The door (southeast corner) leads to a small library and is often overlooked.

The building is constructed on a rock outcrop, so the southern side is higher up from the ground and more difficult to reach. Use the stairwell and watch for traps. Note the upper balcony window (south), and upper arch window (south) you can break and enter from. Note the western side of the church has no access points and is mainly used for navigation. Drop down to the roof from this point via the Water Tower. 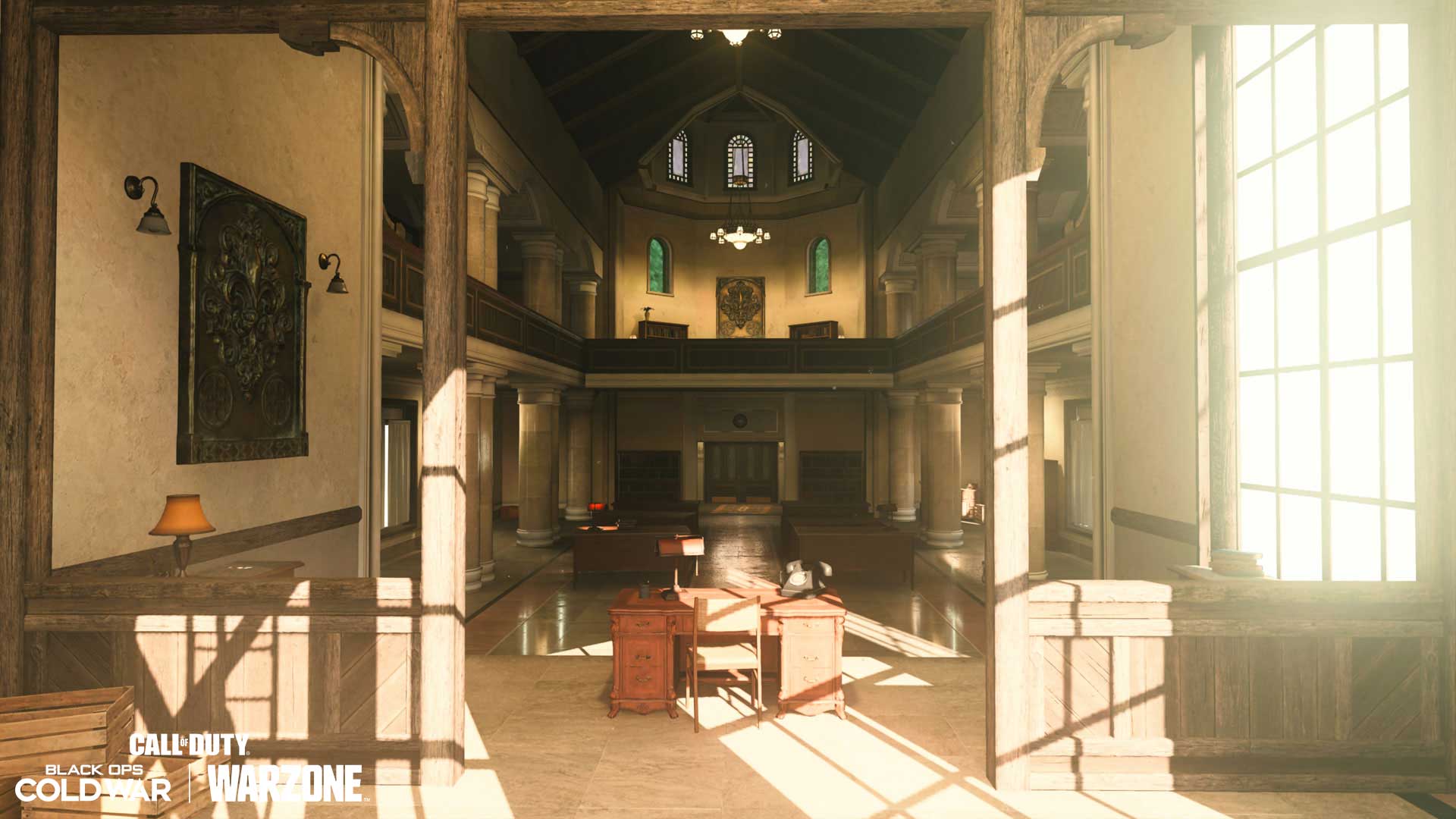 Standoff: Town Hall Interior (1F): Inside the Town Hall, six desks are set up under the grand open hall, with pillars holding up the perimeter balcony (2F). Use them and the desks as cover. Note the fancy desk on the raised steps to the east; there are two partition walls behind this piece of furniture you can use as cover if needed. Southeast is a small library. Bookcases surround the walls, including a small entry foyer (west). The interior stairs (1F-2F) are on the south wall. Note the only open window (northwest) allows shooting north towards the blue warehouse and across to the road and Gas Station. 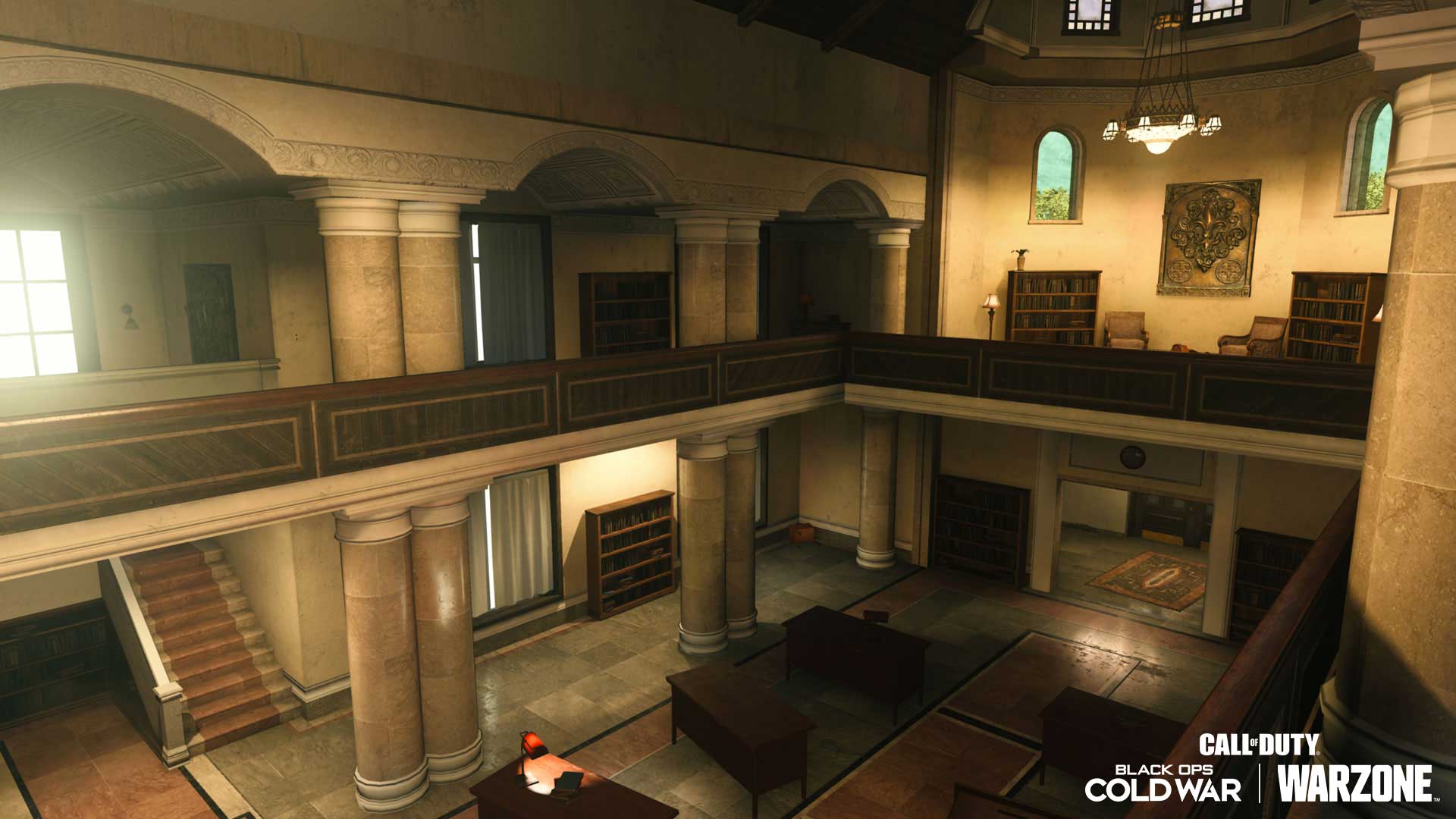 Standoff: Town Hall Interior (2F): This is a U-shaped balcony running around the perimeter of the building, with upper windows to fire from and 3F windows you can only drop from when heading here from the roof.

Aside from combat against foes on the ground, notice the windows. The one along the south wall offers the clearest view south, with great lines of sight and a view of the prison. The elevated balcony window to the north is also helpful for locating foes coming in from the warehouse and road.

Finally, climb either bookcase (northwest, southwest) at the reading area to climb (or fire) out of an archway window, offering views of the silos, Long Farmhouse, and monument. Up on the Roof, use the two ornate towers and the apex of the roof to drop behind, though you’re always exposed from one side if you decide to fight from this vantage point

Now get out there and ping Standoff for your next few drops. Master the Town Hall’s layout in-game and you’ll be a force of reckoning whenever the battle moves east. For more info, including a deeper look at Krovnik Farmland and the Town Hall’s surrounding structures, head over to the Official Warzone Strategy Guide. 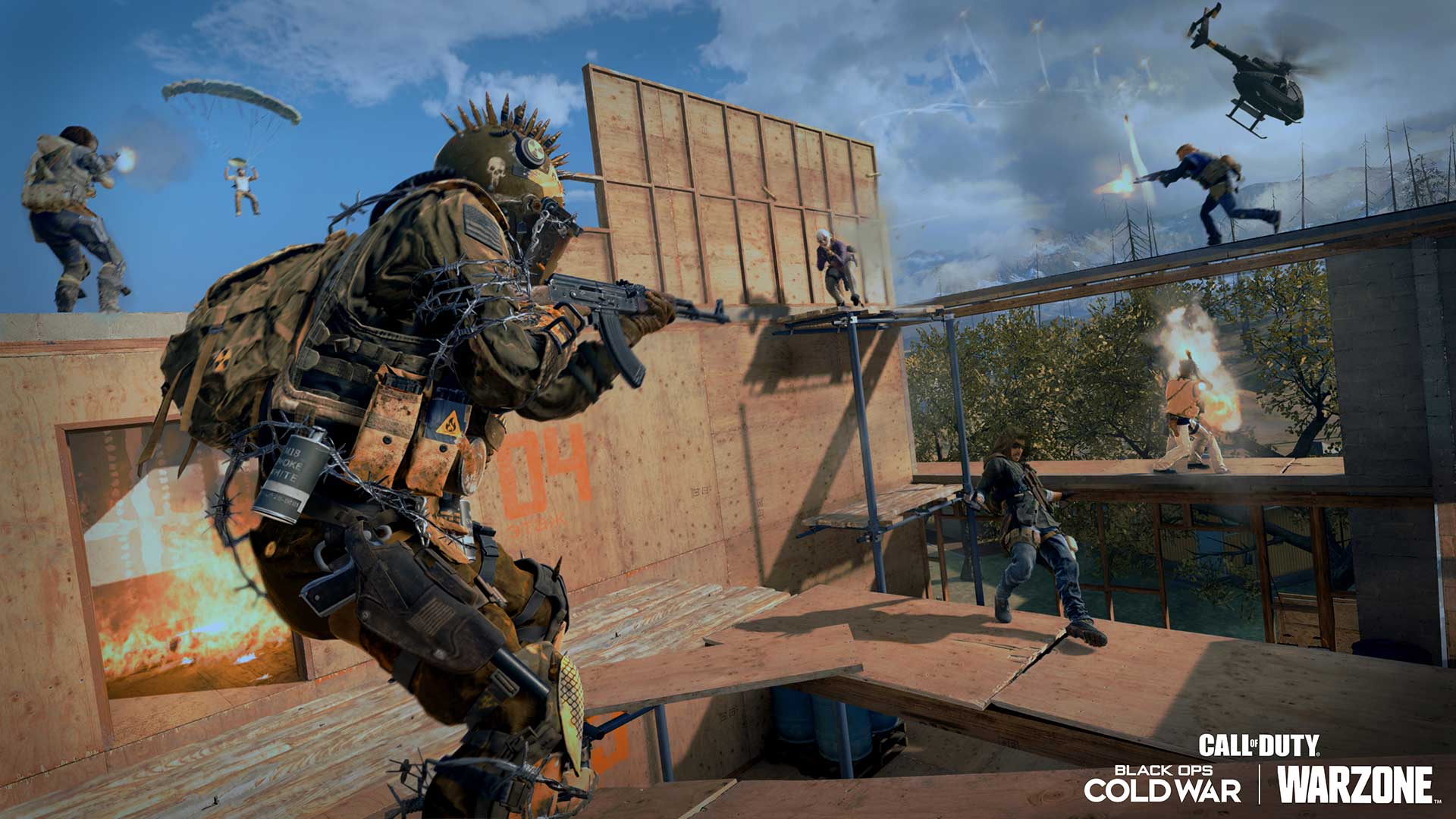 Top Five Tips of the Week:

In this week’s Warzone Wednesday, we’re discussing a grab bag of tricks, from optimizing your loadouts across the squad, to instant-kill Finishing Moves, to bank heists, and more. 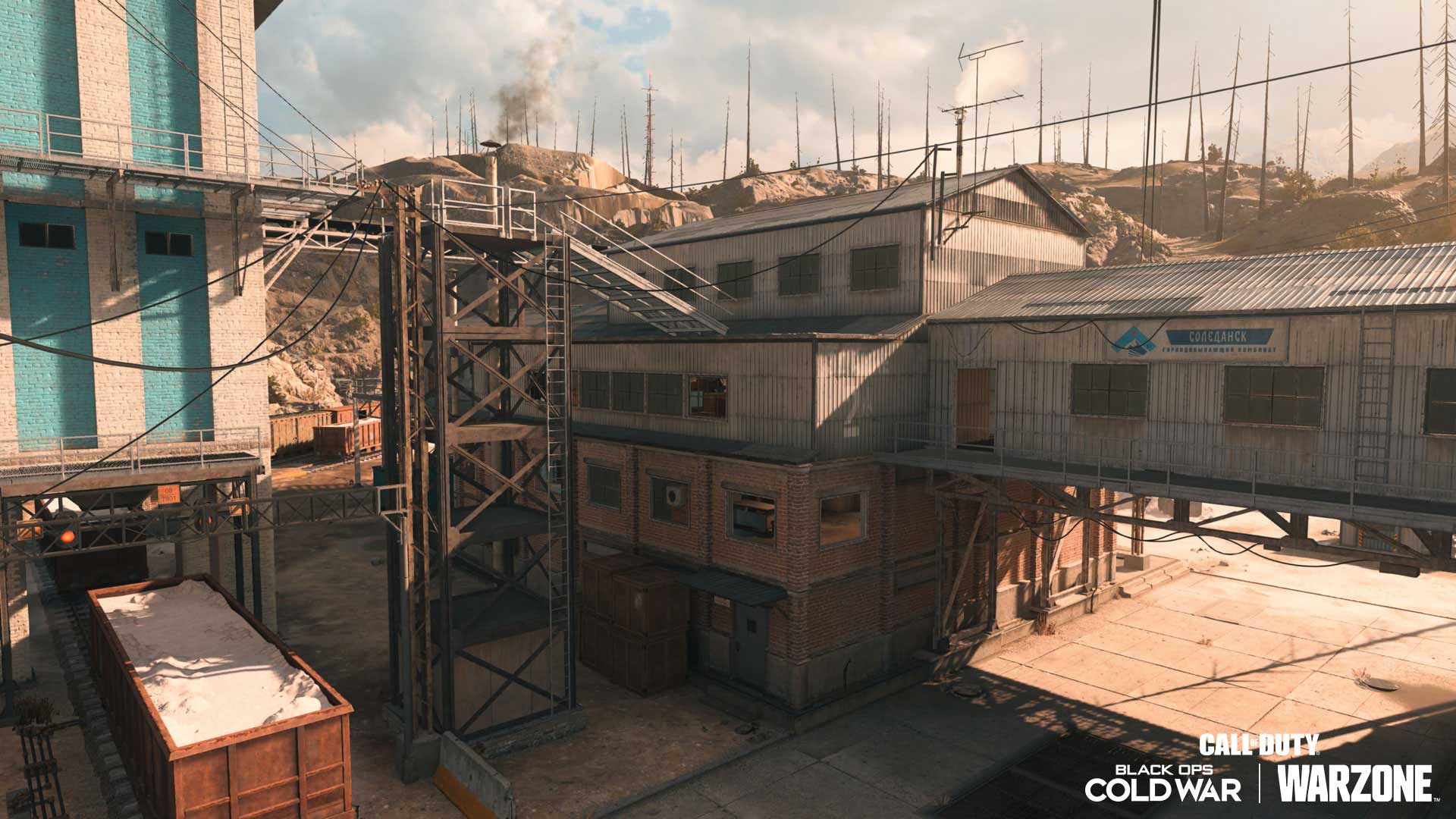 Remember: if you don’t have a handgun in your loadout, you will be unable to fire a weapon on ladders. And, if you do have a pistol, it may be wise to use it as self-defense while taking a climb. 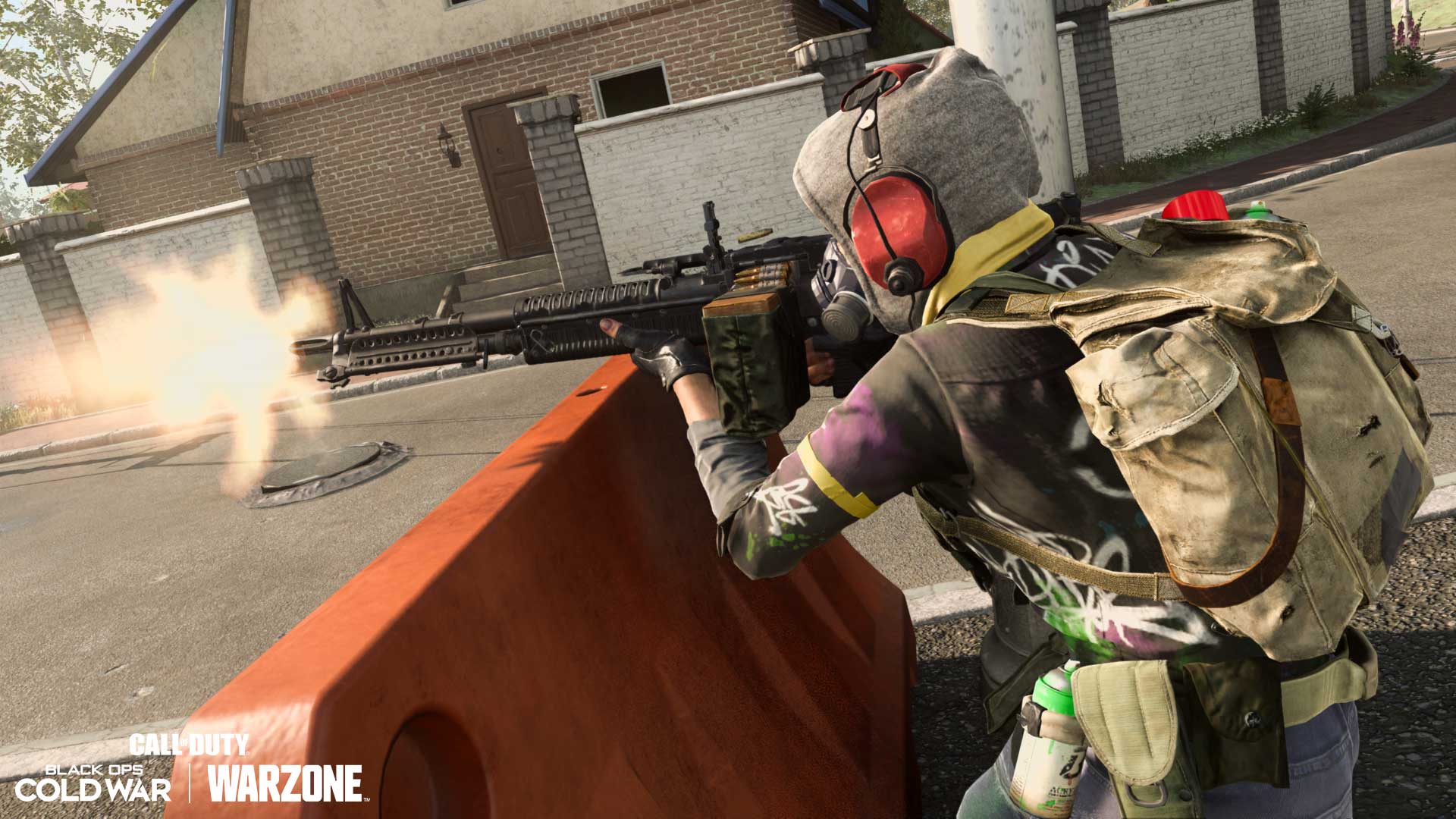 If you already are near a wall or ledge, such as on a sniping perch, why not take the extra milliseconds to mount? Having less recoil and steadier aim certainly doesn’t hurt, especially when using high magnification optics. 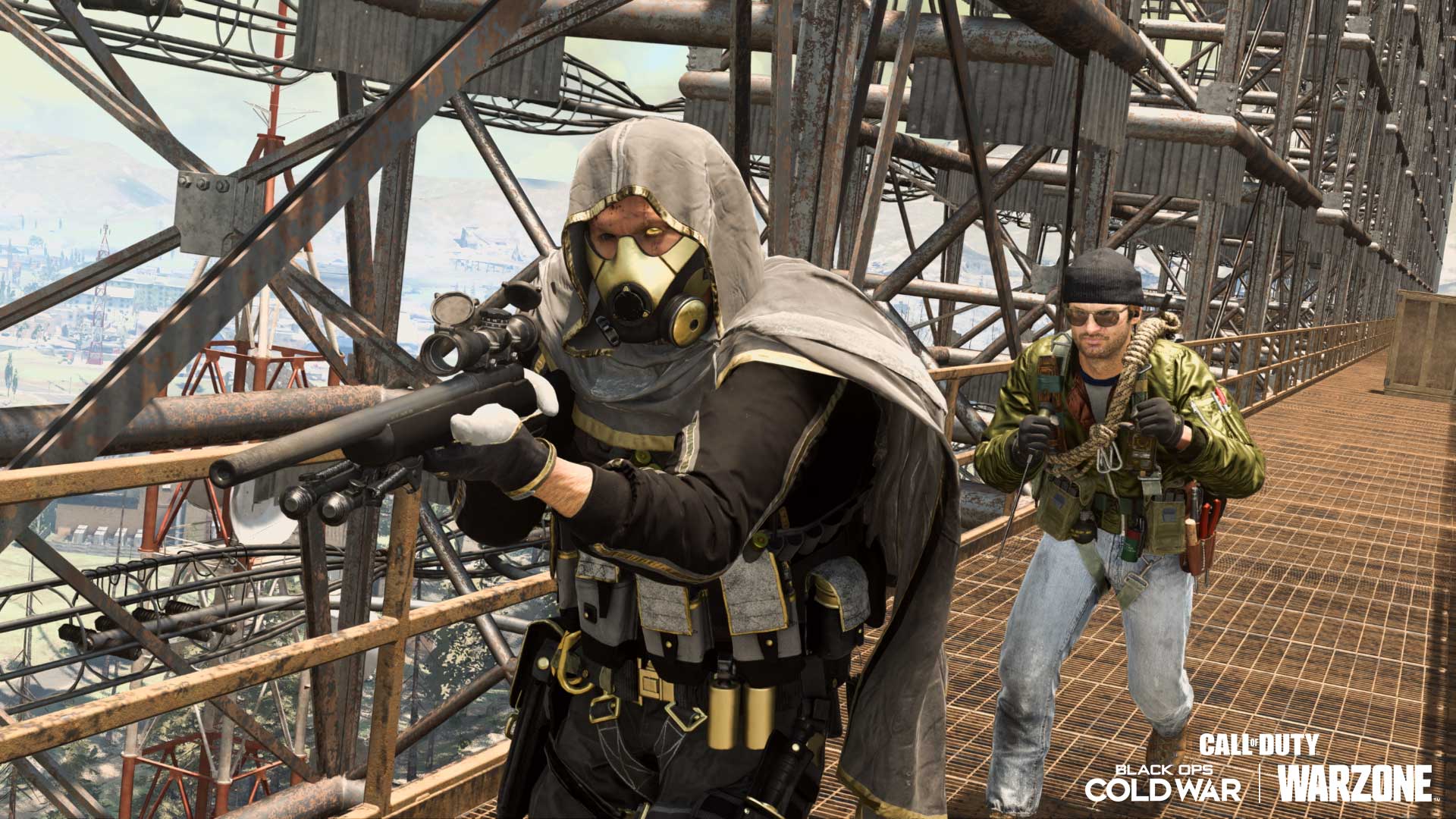 The best squads move in sync and watch each other’s backs whenever one is scavenging, going for a revive, or during combat. If you want to succeed in a Battle Royale match, keep those communication lines open and protect your squadmates as you would protect yourself. 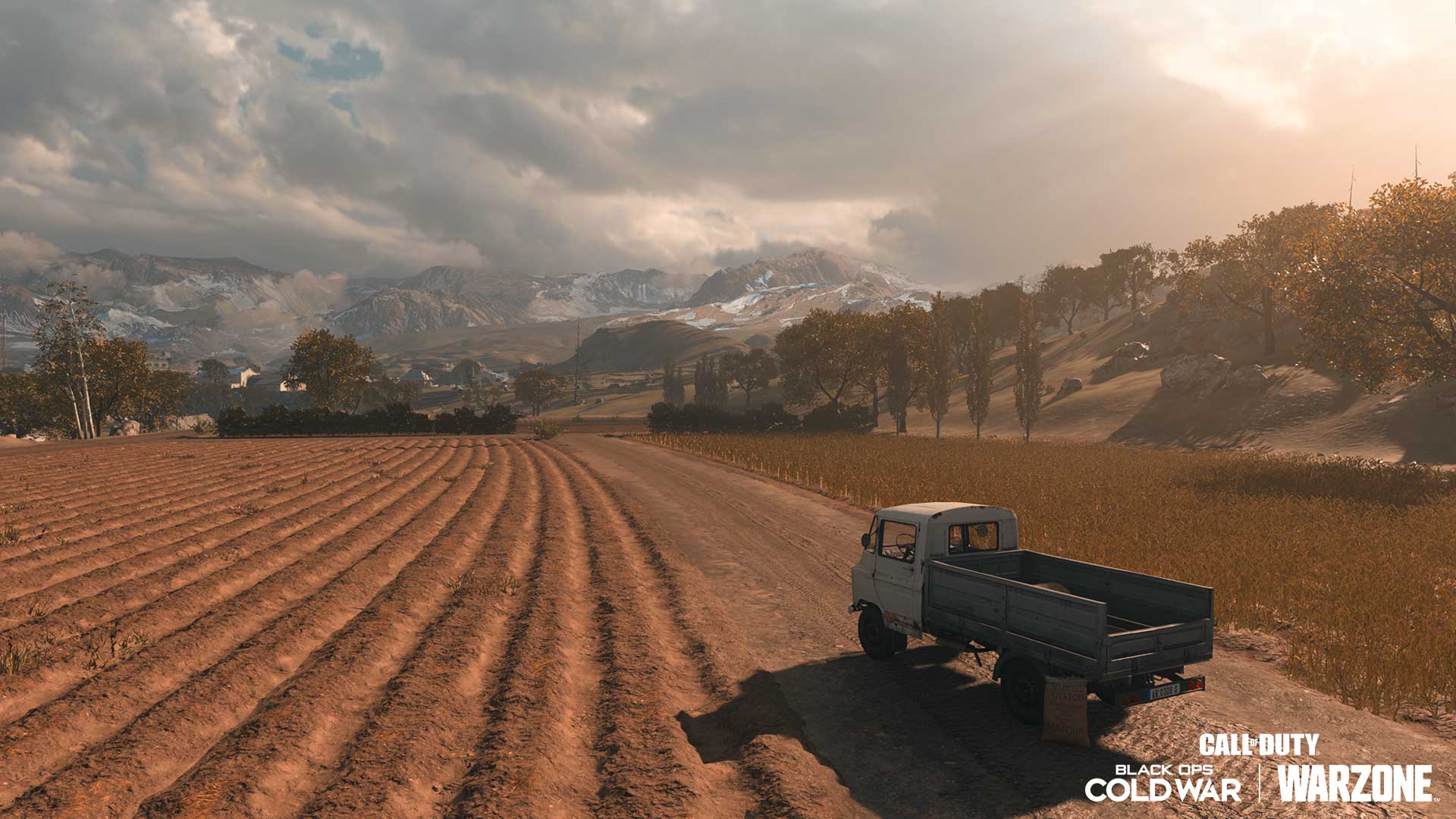 Verdansk’s eastern border features plenty of rocks and trees, which can be a perfect place for snipers to move around and pick off Operators. When travelling through Krovnik Farmland especially, check for sniper glints coming from the trees, lest you and the whole squad fall in the fields. 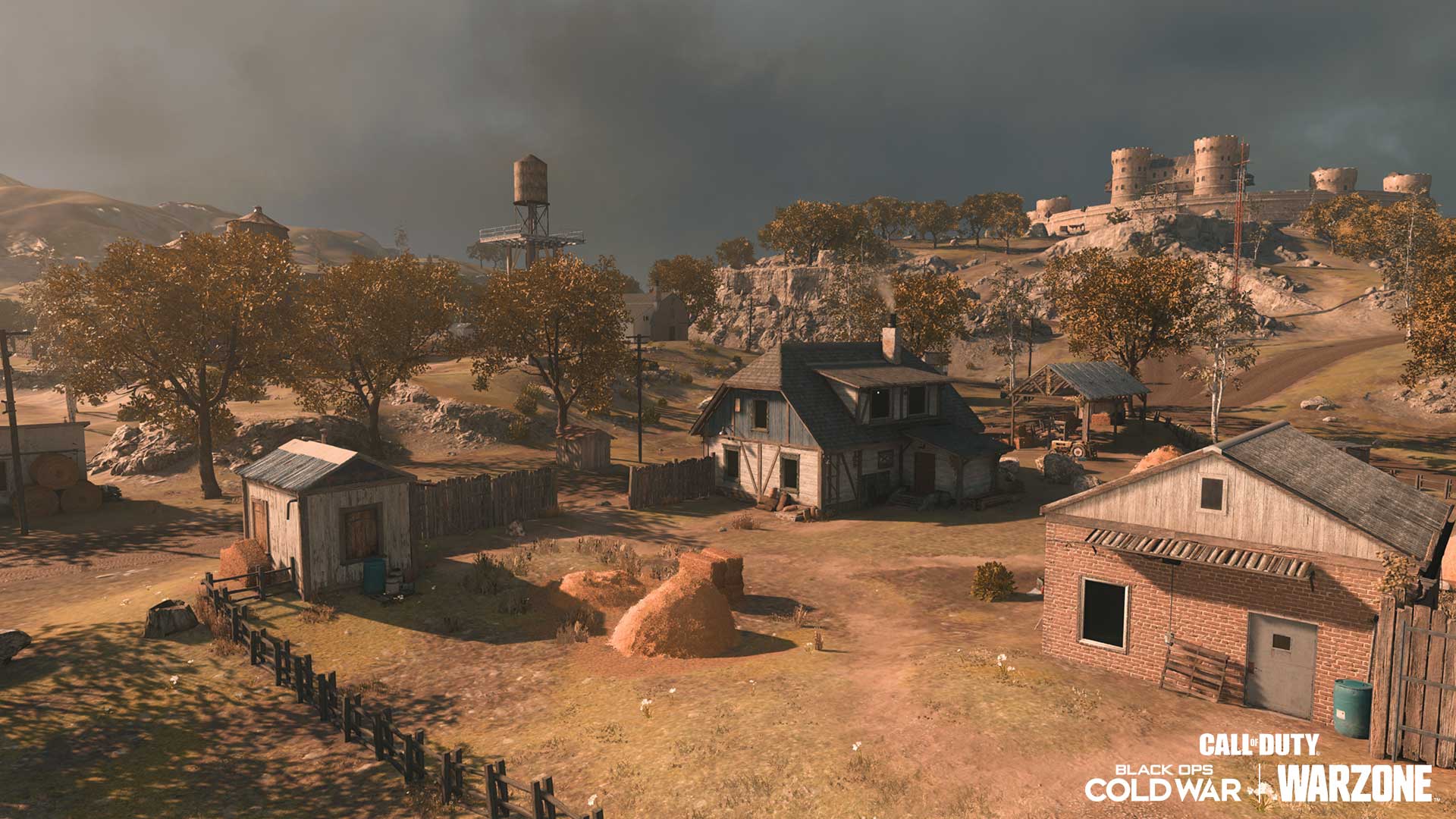 Compared to the rest of Krovnik Farmland, its Southern Farm section is like a small suburb. Be sure to check every house for items – and enemies – and if you can take the risk, try climbing up on the water tower for an impressive view of the Farmland area.

Need More Intel? Visit the Official Warzone Strategy Guide to get a detailed look at all 300+ Tips, over 400 Points of Interest, and everything you need to step up your gameplay and be fully prepared for Warzone.