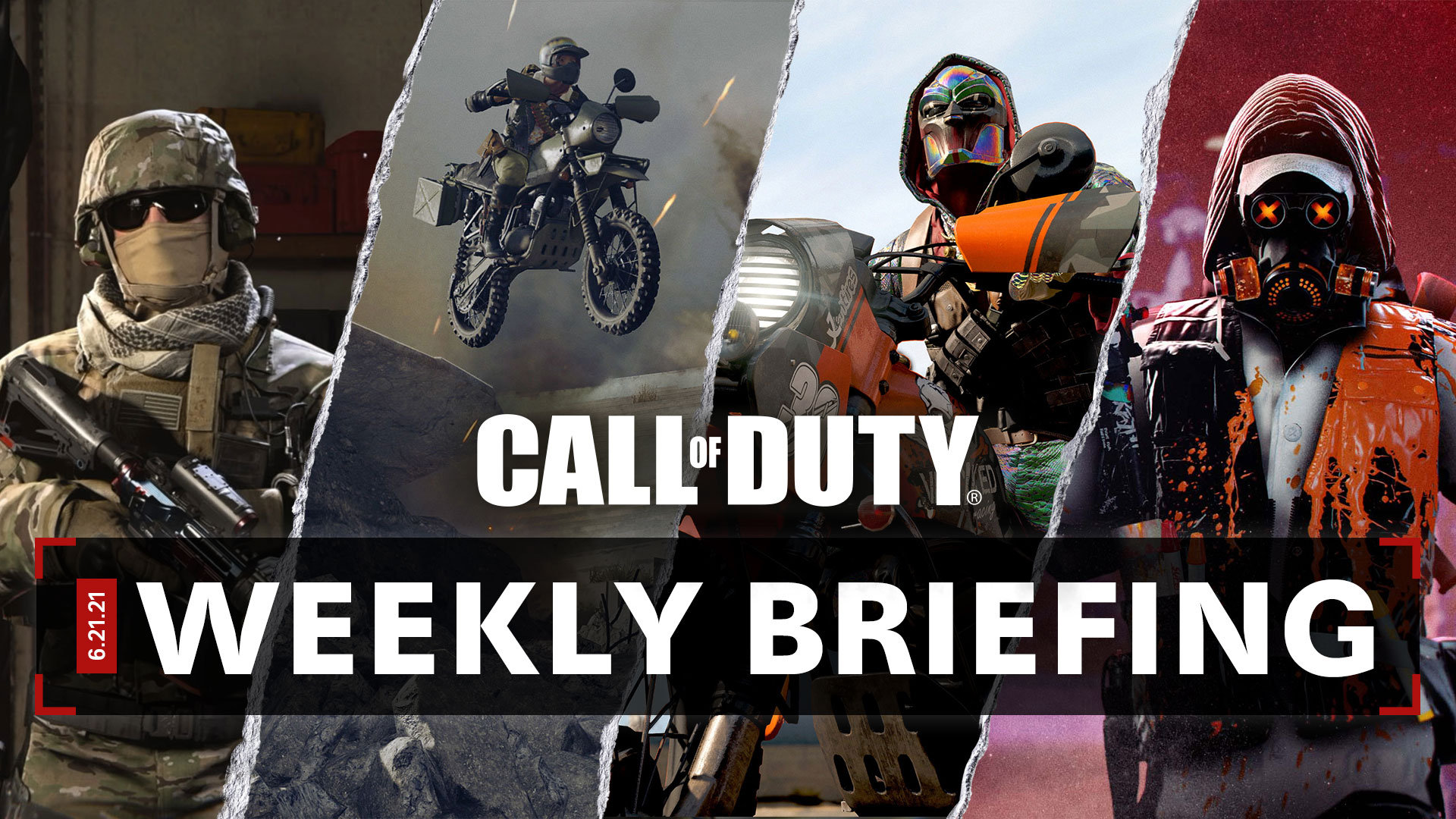 The Lead… Collateral Strike, 12v12 Moshpit, and Face Off Playlists

With Season Four in full swing, players can jump into non-stop action this week with new and fan-favorite playlists, including one of Black Ops Cold War’s newest 6v6 maps, Collateral Strike 24/7, which is running alongside Hijacked 24/7 in Multiplayer.

Also, fan-favorite 12v12 Moshpit gets even more chaotic, featuring the new 12v12 Cranked Hardpoint mode for Season Four. The frenzied action of 24 players facing an imminent explosive death while trying to hold on to objectives is truly a sight to behold. Gunfight 3v3 Snipers Only also makes its triumphant return this week for sharpshooter trios to test their skills on the rooftops of Amsterdam.

Finally, Operators will be able to continue jumping into Face Off 6v6, which will remain in Featured Playlists and also includes Season Four’s new Amsterdam Gunfight and Face Off map.

Finally, players can get their hands on the Tagger II Bundle, a graffiti-themed pack that’s sure to leave its mark on the competition. The highlights of the Bundle are Beck’s first Ultra-rarity “Spray Paint” Operator Skin and two assault rifle Weapon Blueprints — the “Western Wall II” and “Eastern Wall II.” Also included are the “Overspray” Emblem, “Magnum Stencil” Sticker, “Painter’s Brush” Animated Charm, and “Conflict Art” Calling Card. 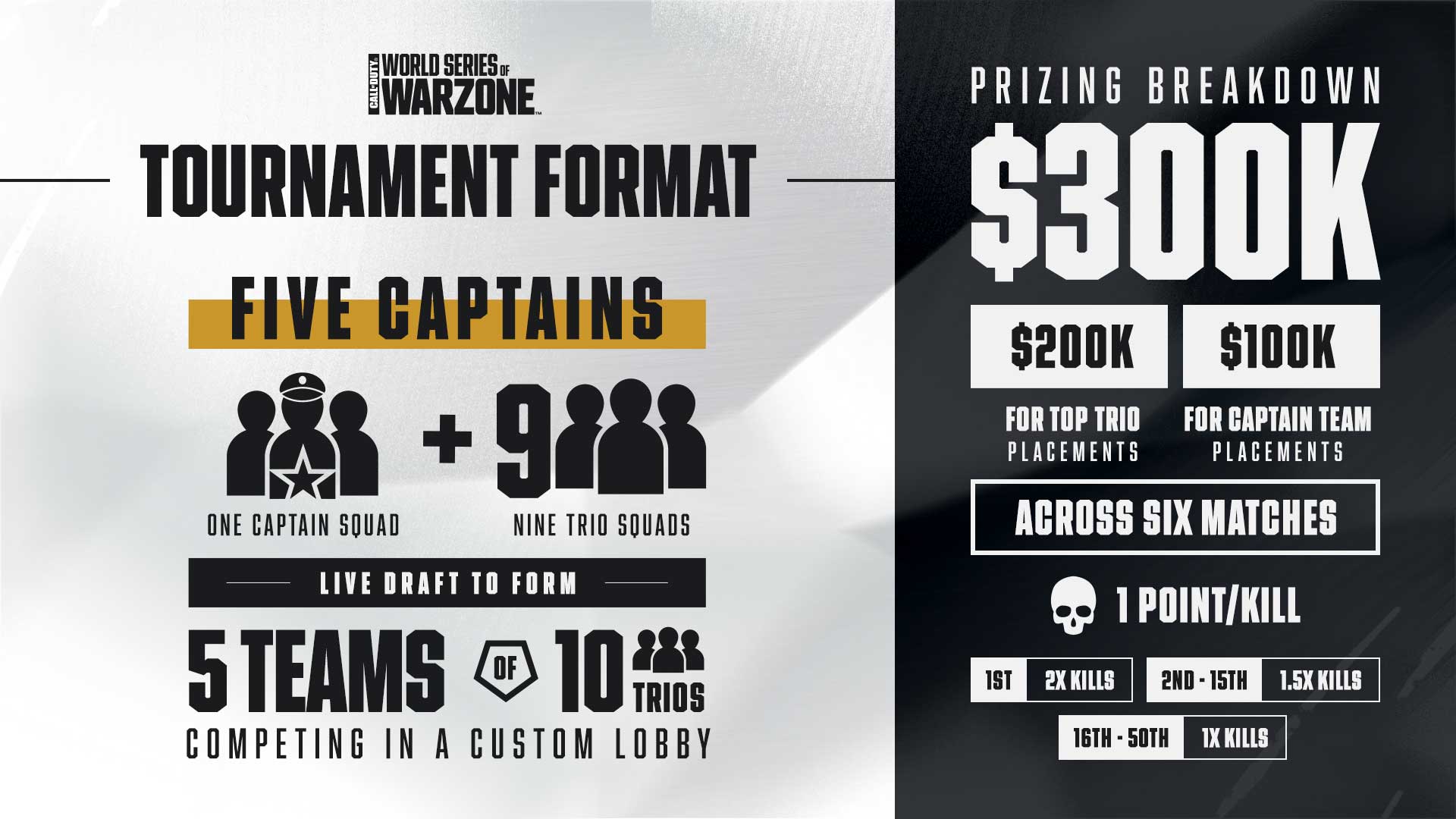 On June 22 and 23, the World Series of Warzone will have its inaugural draft and tournament, marking the beginning of a new era in battle royale esports!

The format — as shown in the image above — offers a $200,000 prize pool to the top performing trios, with an additional $100,000 to be split through Captain Team placements in the Captain’s Cup.

These Captains were announced on June 10 and represent some of the best in Warzone™ today: Nadeshot, former Call of Duty pro and current Call of Duty League team owner; TimTheTatman, entertaining streamer and leader of the Tatman Army; Swagg, FaZe Clan’s finest Nuke Squad member; TheDanDangler, Detroit native and Warzone rising star; and Aydan, the Warzone player with the most prize winnings in the world to date, who will enter the event with his 100 Thieves duo Rhys “Rated” Price and elite Operator and community tournament organizer HusKerrs.

They will enter this weekend with their own trio and draft out the rest of their Captain’s Team on June 22. Who will be picked first is anyone’s guess: from current Call of Duty League pro players, including the incredible T2P duo on Damon “Karma” Barlow’s squad, to other top Warzone competitors and even a professional football player, it’s a stacked draft like never before seen in Warzone.

Although the draft will set expectations for all 50 trios, they’ll still have to prove themselves across all six games in Verdansk. Will Aydan and his trio trounce not only the other Captain squads but also the rest of the field? How will the current Call of Duty League pros fare against some of the best Warzone streamers in North America? And when the dust settles this week, who will step up for Europe at the next event later this summer?

For more information, visit the World Series of Warzone official website at worldseriesofwarzone.com. 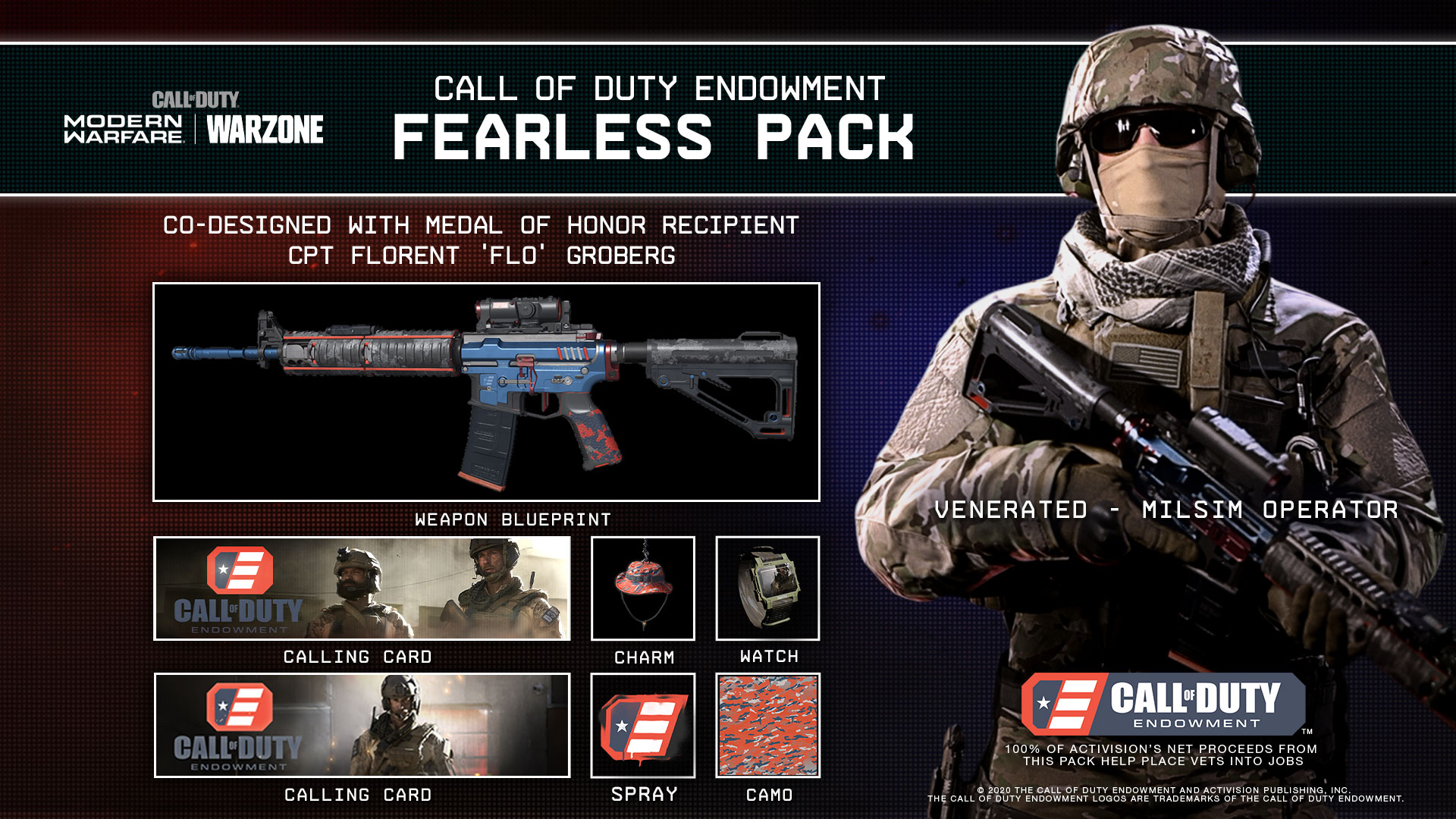 Back by popular demand! Support US and UK military veterans by purchasing the Call of Duty Endowment (C.O.D.E.) Fearless Pack for Call of Duty®: Modern Warfare and Call of Duty®: WarzoneTM, created in partnership with and inspired by the combat service of Medal of Honor recipient CPT Florent “Flo” Groberg, US Army (Ret).

The Call of Duty Endowment places unemployed and underemployed veterans into high-quality jobs. Activision’s net proceeds for this pack will directly contribute to the Endowment’s mission. This is a limited time offer that will end October 1, 2021.

Give the Gift of the Battle Pass and Store Bundles

First introduced through the Call of Duty Companion App and website, and available in-game for the first time in Season Four, Battle Pass Gifting allows you to give your friends access to all 100 Tiers or a Battle Pass Bundle.

Starting in Season Four’s launch week, you can gift the Battle Pass within Black Ops Cold War, as well as any available Store Bundle that can be purchased with COD Points.

From now until June 30, anyone who uses the gifting feature for the first time – whether they buy their friend the Battle Pass or a Store Bundle – will receive a free 60-minute Double Battle Pass XP Token for their generosity!