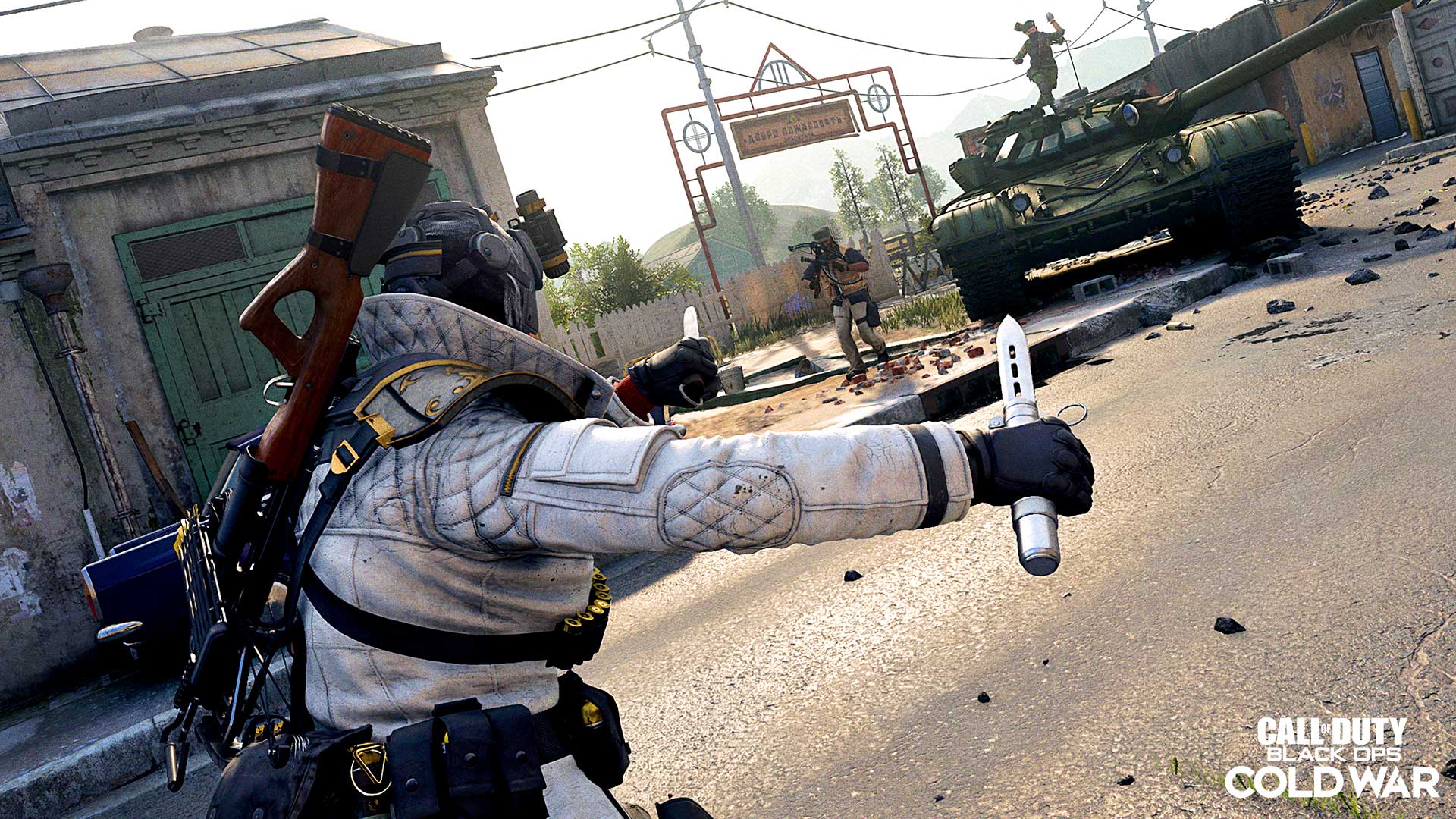 Check your throwing arm and stay light on your feet. With the introduction of Season Three, Sticks and Stones makes its Call of Duty: Black Ops Cold War debut. A staple in the Black Ops series, Sticks and Stones mixes precision gameplay with hilarious — and sometimes humiliating — results.

First appearing in Call of Duty: Black Ops, Sticks and Stones has appeared as a fan-favorite mode in every Black Ops title since. New around here? Let’s break down the rules, go over some tips, and get this party started: 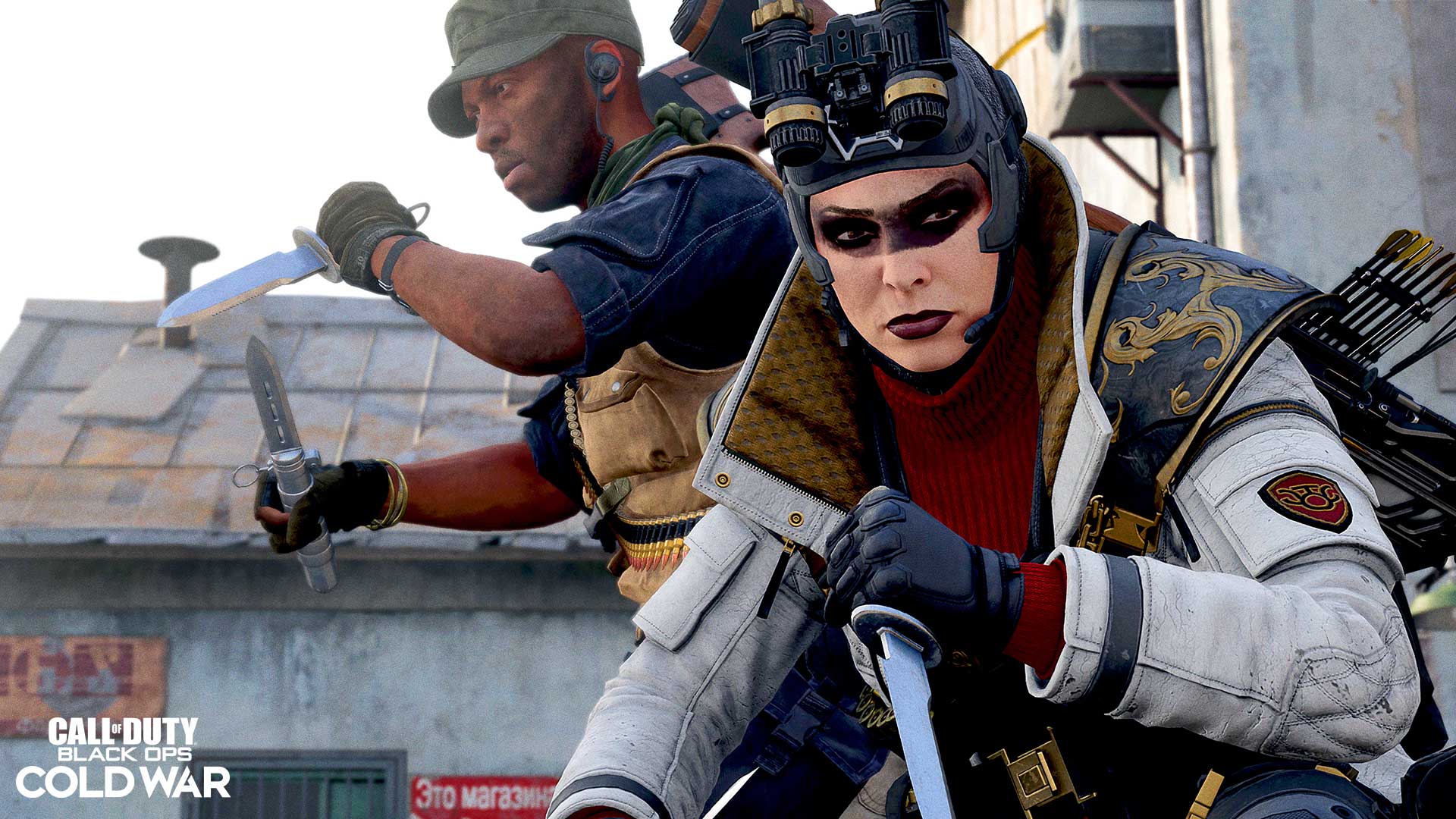 Sticks and Stones: The Basics

In this party mode, it’s every Operator for themselves. Everyone’s on an even playing field, with each player deploying with the R1 Shadowhunter crossbow, the Ballistic Knife, and the Tomahawk.

It’s not about who gets the most kills, but who finishes the match with the highest score. Land a kill with the Ballistic Knife or Crossbow to score points. Take someone out with the Tomahawk to bankrupt them, resetting their score to zero. Ouch. That’s where the humiliation comes in.

To keep the action moving, a Spy Plane periodically sweeps the map. Every Operator is revealed on the minimap, with the leading player marked out as a gold dot instead of a red one. Expect many flying Tomahawks in their vicinity.

The first player to reach the score limit or the player with the highest score when the timer expires wins. 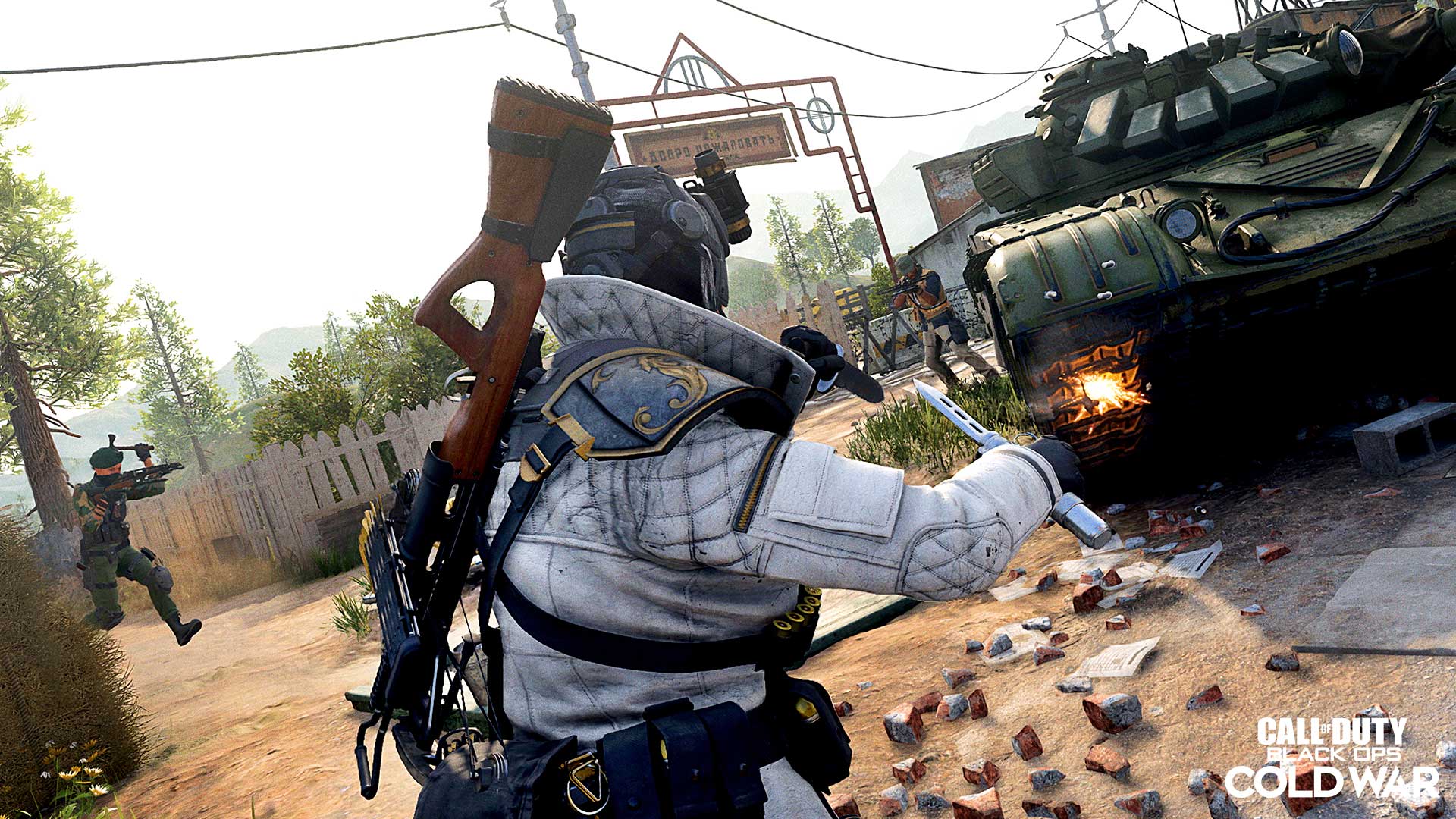 5. Pick Up After Yourself. You’re not lugging around an LMG with 150 bullets here. Precision and resource management are key. You can pick up your Tomahawks and Ballistic Knives by running over them, whether you’ve hit the target or not. If you haven’t hit the target, maybe get the kill first and then pick up your goods.

4. The Right Tool for the Job. Always use the weapon that’ll get you the kill. Landing a 360 Ballistic Knife shot may sound impressive, but you’re more likely to simply spin into your death. Generally, use the crossbow for precision ranged shots and the Ballistic Knife and Tomahawk for close encounters. Of course, if you can cross-map Tomahawk the leading player, then by all means do so.

3. Always in Motion. Considering all the flying projectiles and the constant Spy Plane sweeps, this is not a mode made for cautious play. Always keep in motion and try not to be too predictable by strafing in the same direction or running in long, straight lines. Stay on the move, be erratic, and bring the hunt to the enemy.

2. A Little to the Left. Even at closer ranges, it’s a good idea to lead your shots in the direction your opponent is moving. Expect a lot of strafing here as players circle each other while lining up their shot. It’s a shot you don’t want to miss.

1. Mining for Gold. Being in first and set to win the match is exhilarating, but it also calls attention to your position all over the map. If you’re the gold dot —congratulations! But don’t lose your head. Stay on the move, be aggressive, and watch those Tomahawks like your score depends on it. If you’re going after the leading player, let it fly.