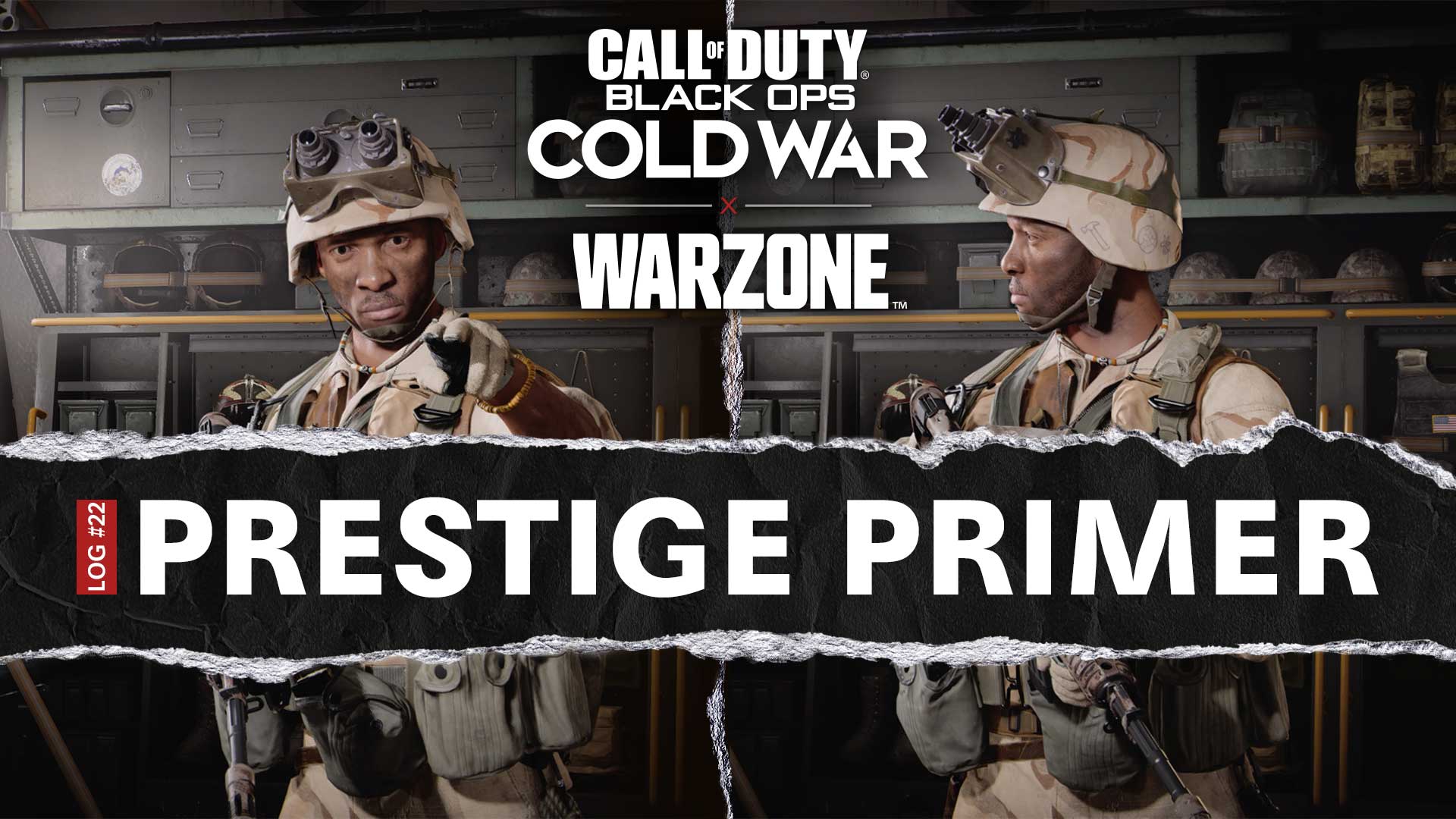 The first is the limited-time Call of Duty Endowment (C.O.D.E.) Revival Challenge in Warzone, in which Activision® will donate $1 USD to the Call of Duty Endowment for every person who completes the challenge, up to $1 million USD. After completing five revivals, players will unlock a free C.O.D.E. Calling Card, and if one million participants complete the challenge, a Double XP event will be unlocked!

In the Warzone game, which has crossed 100 million players, the Endowment will take over the connecting screen for the first ten days of Military Appreciation Month, starting in May, reminding the community of our mission to support veterans.

Another is the latest limited-time Store Bundle created in collaboration with a US Army Combat Medical Badge recipient. Known as the “C.O.D.E. Battle Doc Pack,” this bundle includes several C.O.D.E.-themed customization items, a Double XP Token, and more. In partnership with the Endowment, 100% of Activision’s net proceeds from the sale of this pack will go toward placing veterans into high-quality careers, with the goal of raising $2,000,000.

This Prestige Primer will cover these awesome projects between the Call of Duty Endowment and Call of Duty®, specifically how you can play your part and make use of the new Weapon Blueprint included in the pack.

With that said, let’s level up: 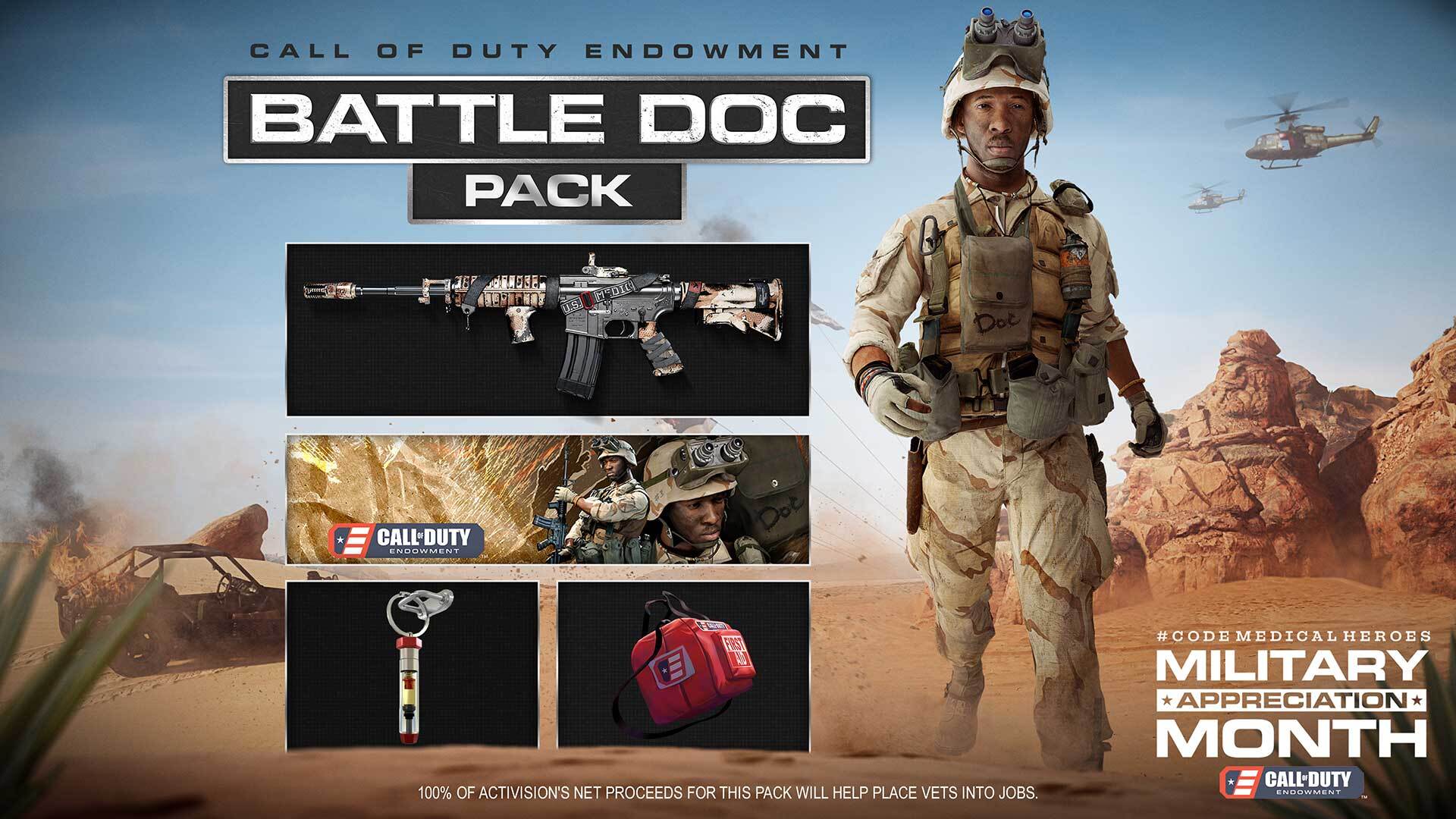 This week’s featured Operator is Lawrence Sims, a US Army veteran within the Call of Duty®: Black Ops Cold War universe.

He is also the Operator who gets to represent the C.O.D.E. Battle Doc Pack through the Epic “Combat Medic” Operator Skin, which was designed in partnership with US Army Combat Medical Badge recipient Sergeant First Class Timothy “Doc” Hobbs Jr., US Army (Ret.).

Take a look at it within the game and spot some of the subtle Easter eggs “Doc” helped add to this skin, which he did as a tribute to his experiences across four combat deployments and one humanitarian mission. 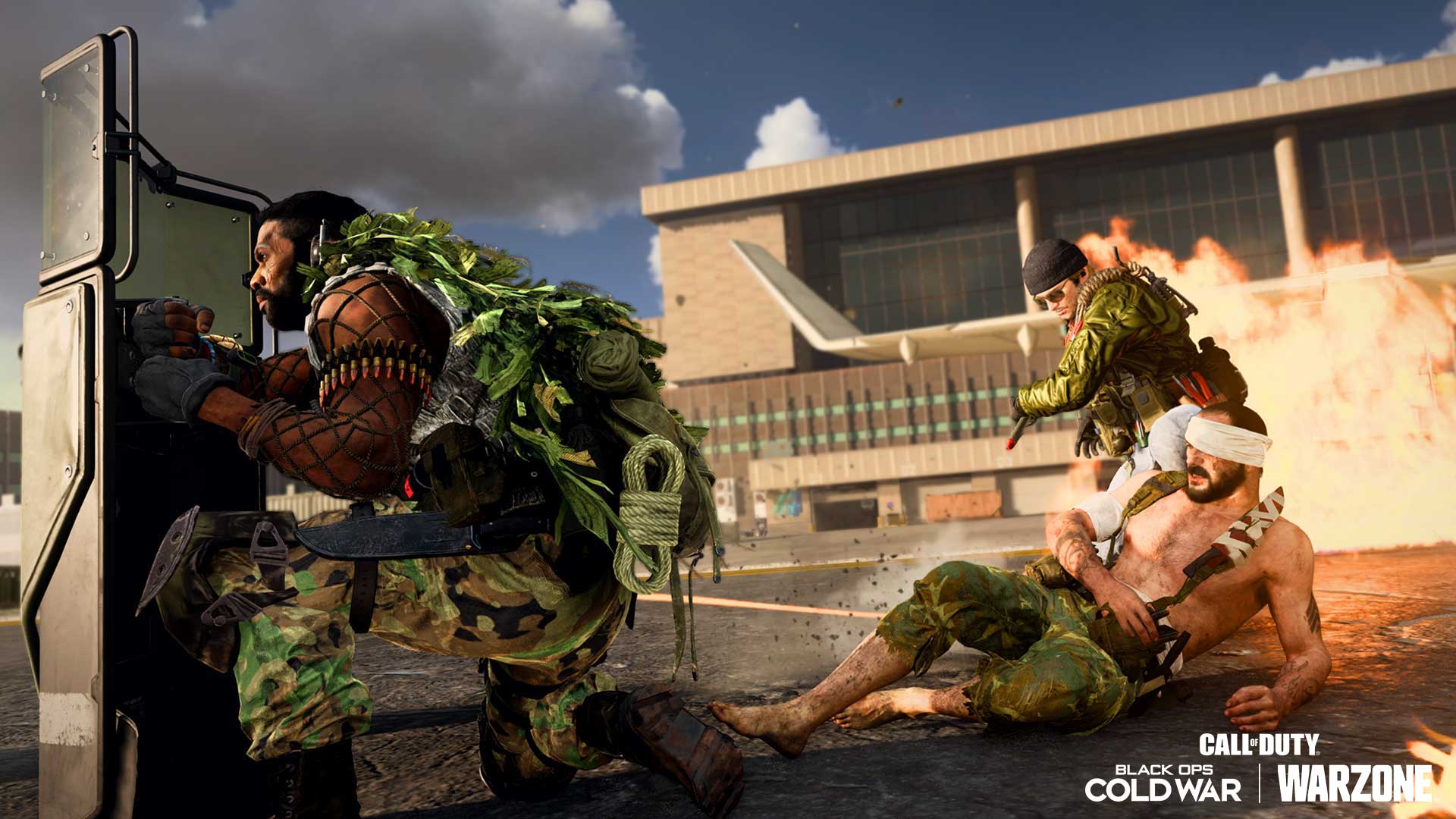 Revives are an incredibly important part of the Warzone meta, as having all your squadmates alive and healthy is a strong step toward victory, just like in squad-based game modes. That’s why Activision and the Call of Duty Endowment are making revives a key part of raising money for their #CODEMedicalHeroes campaign focused on placing more veterans into the civilian workforce.

The C.O.D.E. Revival Challenge is simple: Revive five other players in Warzone during the first week of May, and Activision will donate $1 USD to the Endowment, up to $1 million USD, while you get a C.O.D.E. Calling Card. Plus, if 1 million players complete the challenge, a Double XP event will be unlocked for all players.

Since this is the Prestige Primer, where we love Double XP, we want to help a million players do this ASAP. Here are our tips for getting five revives done quickly:

While reviving, you will be temporarily unable to use your weaponry. It’s best to go for revives while behind a piece of solid cover, such as a cobblestone wall, or to use a Riot Shield; in a desperate scenario, simply place it on your back, face the enemy, and pull off the revive. Alternatively, have someone else be the shield bearer for you to complete the revive.

The Tune Up Perk speeds up revive times significantly. Consider throwing it in your loadout (available immediately in Plunder or via Loadout Drop in Battle Royale) when going for this challenge! 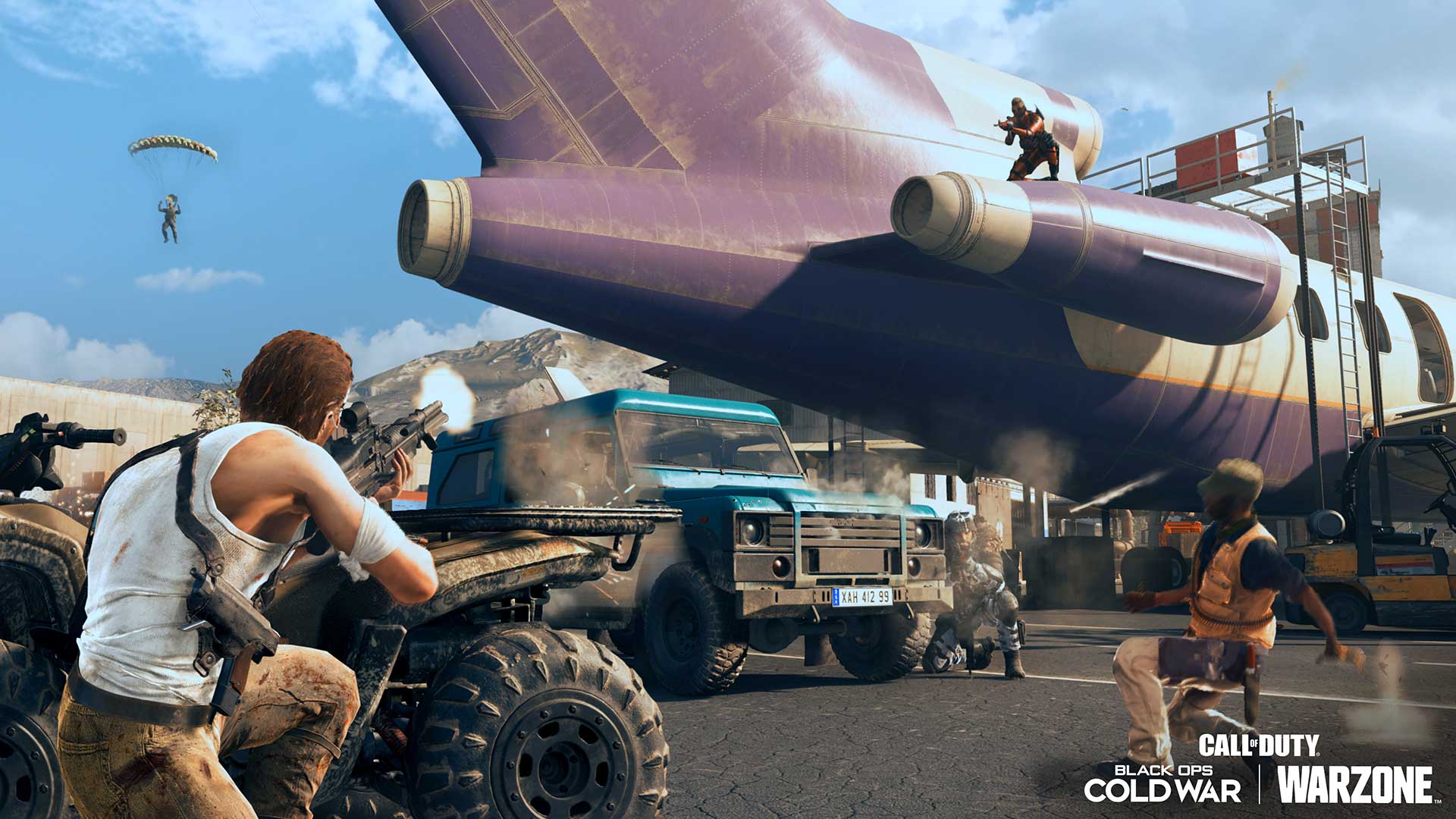 Action-heavy areas, such as Superstore and Factory, are quick ways to find engagements that will ultimately see you and your squadmates in situations where being downed is likely.

If you’re looking to be in a downed state quickly, set the drop point for one of these areas… and fight for survival. This is the C.O.D.E. “Revival” Challenge after all, so fight to be the last squad standing, pull off those revives, then reap the rewards of an item-rich environment after eliminating the competition.

One way to speed up revives while also preserving a Self-Revive Kit is to employ the following tactic, which elite Operators across Warzone know full well: Have your downed ally use their Self-Revive Kit until just before you reach them.

While your ally is down, ask them to use their Self-Revive Kit to heal up from the ground, but have them leave a bit of their Revive meter. When it is nearly full, they’ll let you know, and you can run over to complete the revive.

The result? Less time doing a manual revive, one Self-Revive Kit saved… and more progress toward a cool Calling Card and Double XP for all!

The challenge calls for you to revive five Operators, which is hard to do if you don’t have a squad to play with!

Call up your friends for some Warzone action in May and play together so you can all do your part in the C.O.D.E. Revival Challenge!

Shifting gears back to the C.O.D.E. Battle Doc Pack, this limited-time bundle includes a new Weapon Blueprint known simply as the “Battle Doc.” 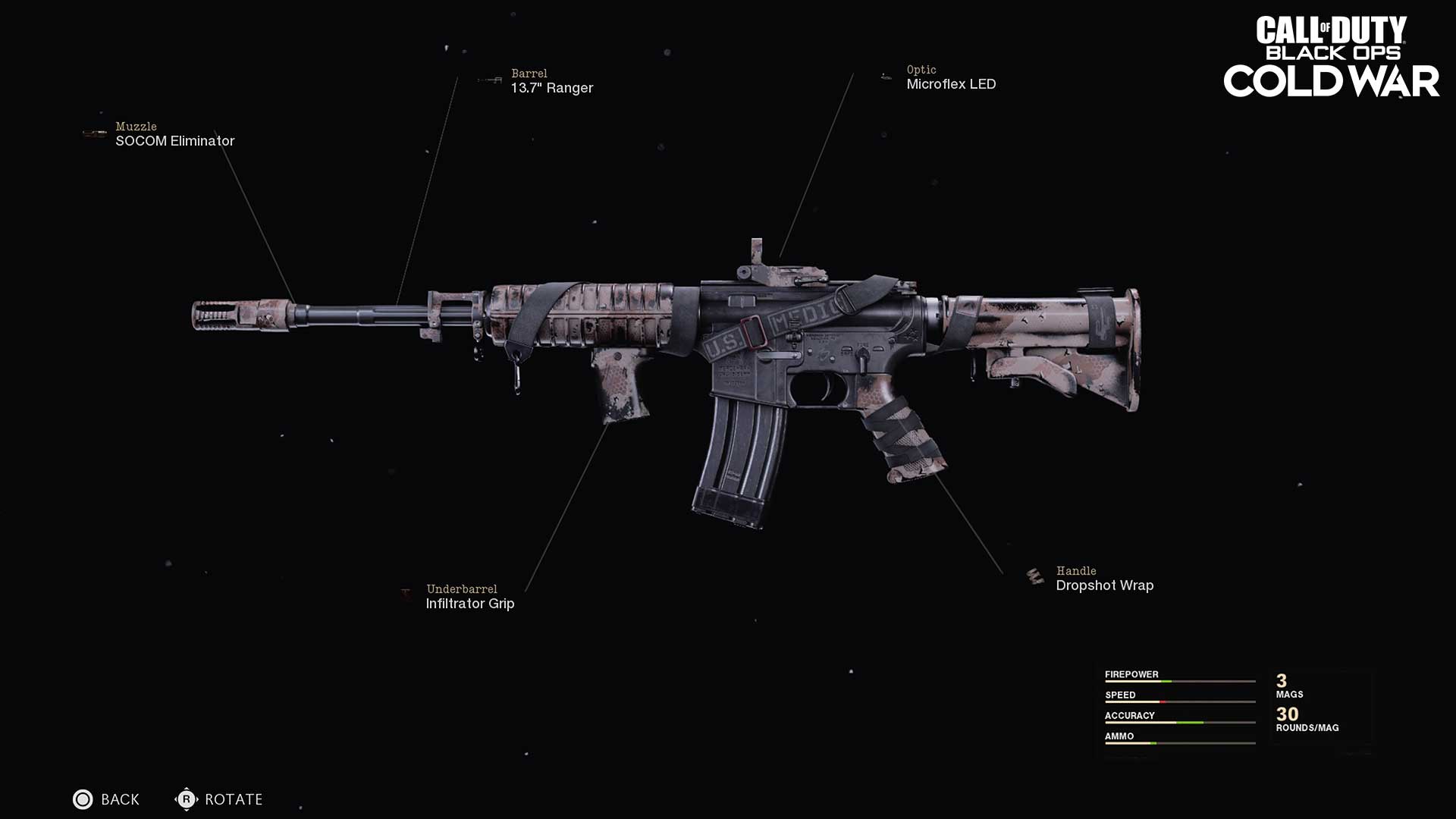 A tried-and-true assault rifle Blueprint, the “Battle Doc” is an excellent five-attachment configuration for midrange engagements, especially those within its effective damage range of 45 meters.

The boost in Bullet Velocity from the Ranger Barrel makes this a strong weapon, as it seeks to remedy a key weakness seen in this otherwise all-around great assault rifle. And while the SOCOM Eliminator makes the Horizontal Recoil slightly more unruly, the weapon has little to deal with from the start, making the massive reduction in Vertical Recoil that the attachment gives a fantastic trade-off.

The other attachments are straight-up benefits. The Microflex LED sight is a clean and low-magnification Optic, perfect for engagements at short to medium ranges; the Dropshot Wrap allows for aiming while prone and gives plenty of flinch resistance; and the Infiltrator Grip boosts movement speed across the board outside of sprinting.

Essentially, this configuration is an awesome all-around build for Multiplayer, Zombies, and Warzone. Given this weapon’s solid performance in the current meta, the “Battle Doc” can be your foundation for something great, and absolutely a reliable choice to call upon when you need to rush in for the revive.

Execute the mission and help veterans get back to work.