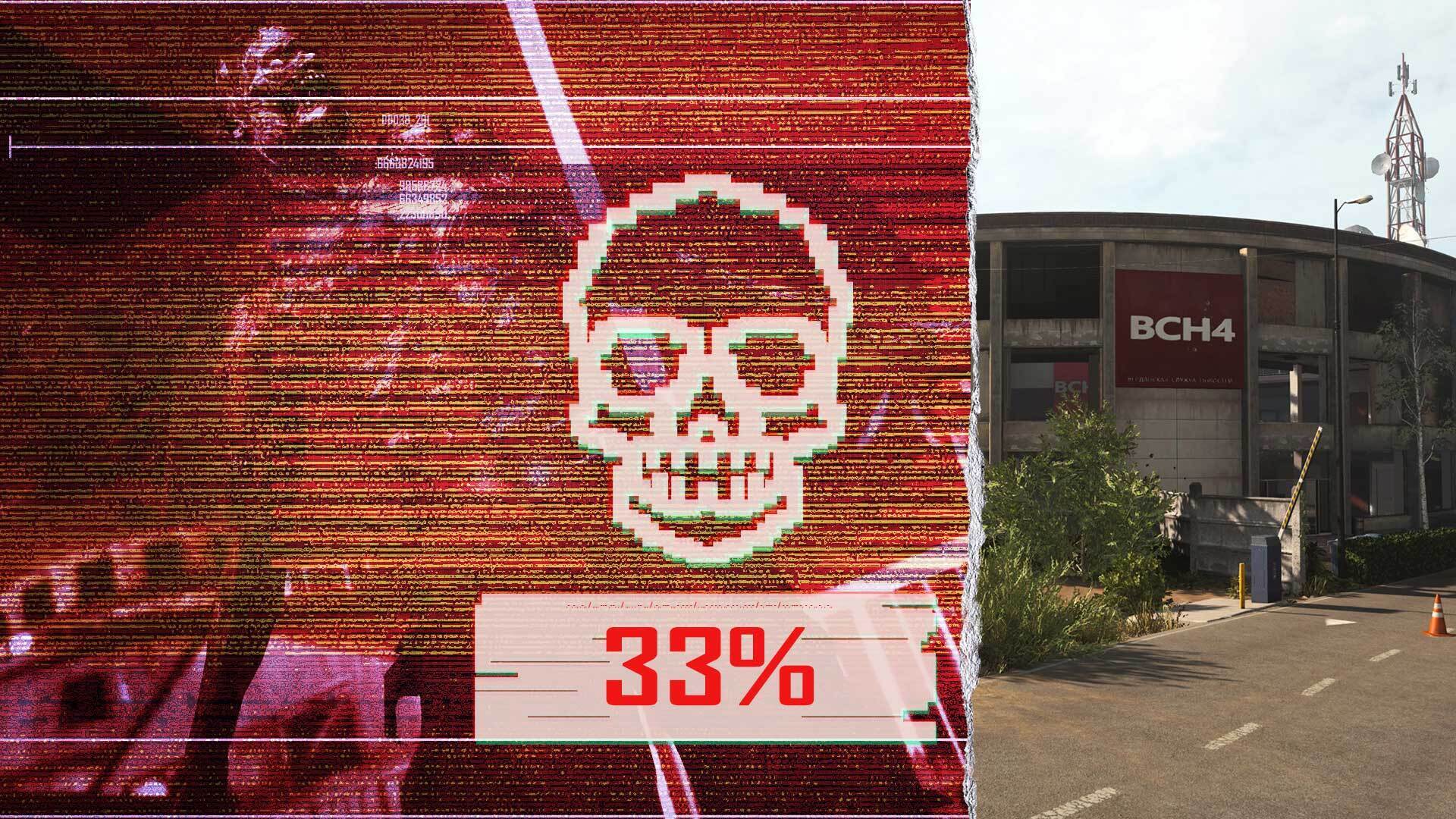 The Emergency Broadcast System has issued a contagion warning for the BCH4 TV Station northwest of Verdansk Stadium following a major breach and findings of contamination within the studio.

Although the majority of BCH4 employees evacuated Verdansk hours before the start of Operation Rapid Sunder, as evidenced by intel gathered by elite Armistice Operators, a skeleton crew remained within the region to update displaced civilians across Kastovia.

This presence of contamination is in addition to an overall breach of the station by currently affected hostile forces, who overran the area following an advancement from the Acropolis National Bank. Threats within the TV Station range from those exhibiting “normal” symptoms to variants that were first spotted within the Vodianoy Shipwreck (noxious fumes) and Verdansk Hospital (electromagnetic pulse-like discharges).

Furthermore, Operators have reported the presence of a new variant that causes threats to exhibit unusually strong resistance to ballistics across their anterior, which went against our known intel for the previous breach at the Acropolis National Bank.

Armistice researchers suggest that in the weeks prior, natural selection – or unnatural handling of these threats by Operators – caused a radical shift in DNA within these threats to help them survive. Although the threats are potentially more deadly to those untrained enough to spot their defenseless points, researchers concluded that this variant should not rise to be the dominant strain.

Regardless of the threat found within this region, the following guidance has been approved for all military Operators on duty within the greater Tavorsk area:

Exercise extreme caution when conducting operations within or around the BCH4 TV Station point of interest. Hostile forces are considered to be extremely dangerous and contain numerous mutations within their ranks previously seen in other anomalous zones.

Following the breach of the BCH4 TV Station, contamination levels within Verdansk have now reached 33%.

This percentage exceeds normal levels of contamination within Verdansk, which was ever-present due to rolling gas storms in the region. It is believed that this level of contamination may soon compromise current missions.

Stage one of the Containment Protocol is ongoing, and further data indicating current outbreak spread will be transmitted to secure areas within the region.

As outlined in the Armistice Code of Operations, Operators are to assist with containment efforts by neutralizing these threats on sight, in addition to the main objectives of Operation Rapid Sunder. Following exfiltration, Operators are to immediately report to Armistice-approved fumigation sites, complete required questioning about potential contacts, and present optional proof of complete hostile eradication for commendations, although this elective step may be performed within Verdansk at the Operator’s own peril.

Above all else, you are encouraged to stay frosty and execute the mission.

FROM FIELD OPERATOR [REDACTED]: The breach has gone far deeper into Verdansk than first realized. Recommending immediate exfil and containment of the entire conurbation. Entire territory is looking FUBAR.

NOTE FROM ACC: Do not induce panic. The true nature of the containment cannot be made public. Remove all alarmist rhetoric.