After destroying an Omega Group facility in Vietnam, Requiem launches their ultimate gambit, Operation Threshold: a multi-layered mission to study the world’s largest Dark Aether Outbreak Zone deep within the Soviet Union’s Ural Mountains. With all agents called on for deployment, one such elite Operator is poised to tip the scales in Requiem’s favor.

Her name is Samantha Maxis – or Maxis, for short – and for the first time in Call of Duty history, she is now a playable Operator through her debut Store Bundle in Call of Duty®: Black Ops Cold War and Warzone. This is her story so far, as well as what’s included with her new Reactive Bundle. 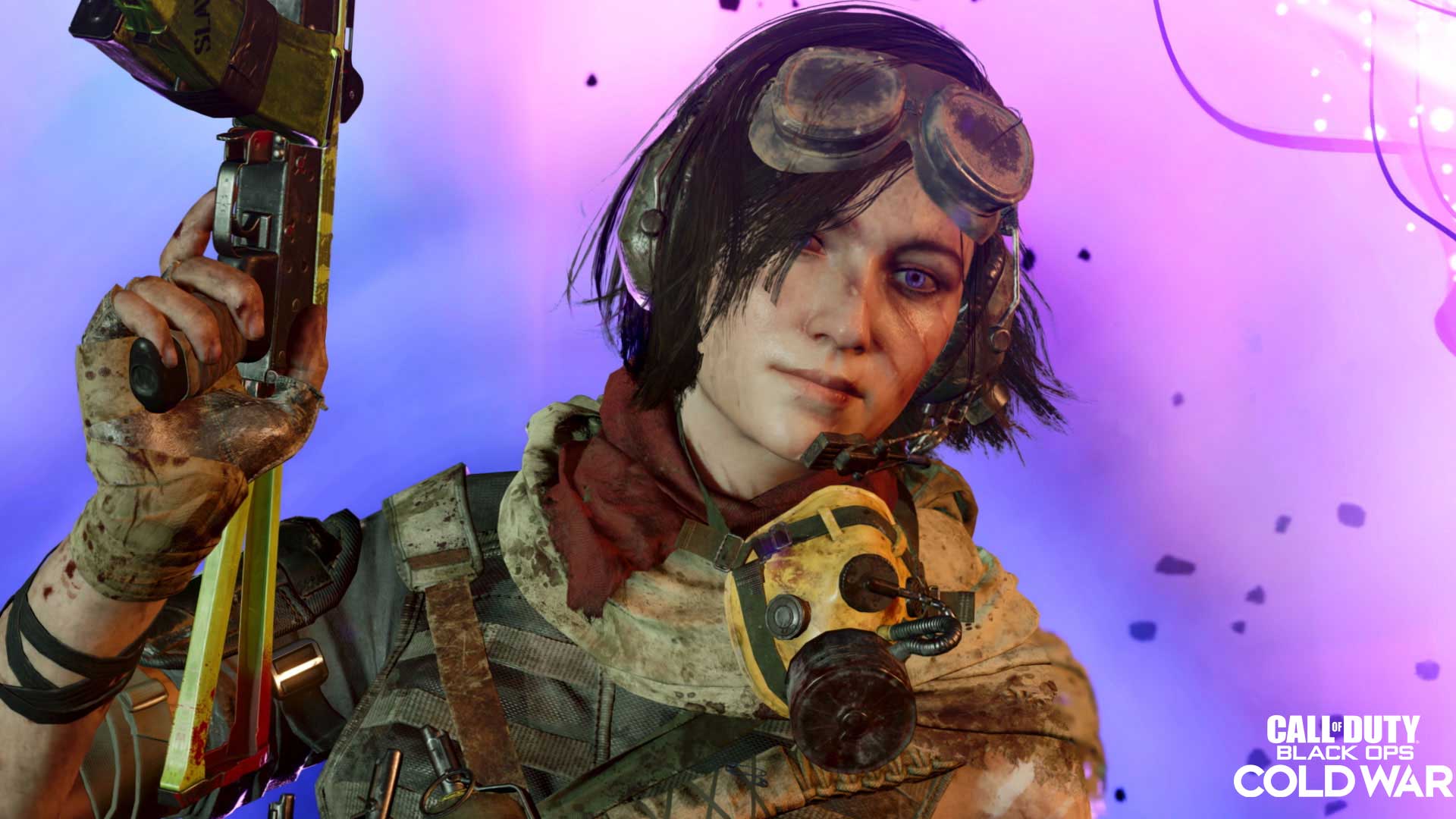 Few agents, if any, possess the drive and fearlessness of Samantha Maxis, whose background is just as mysterious as the Dark Aether she’s grown to understand.

When she was first recruited by the West German 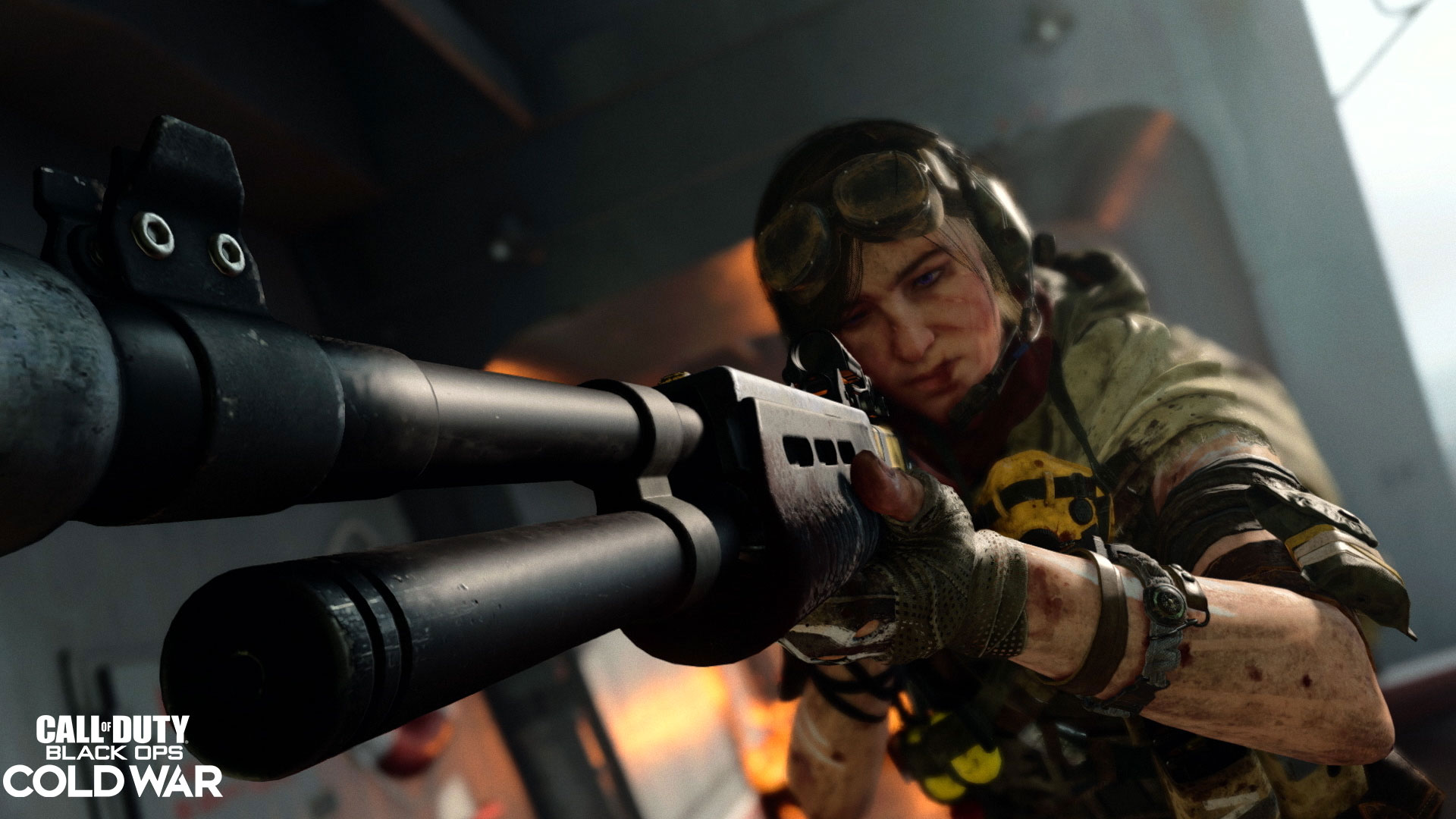 Through her near-decade of work, she learned that the BND was compromised by the Soviet Union – specifically the recently revived covert organization known as Omega Group. This agency would discover the existence of a World War II-era research facility known as “Projekt Endstation,” restarting their experimental particle accelerator in an effort to create rifts into the Dark Aether and harness a powerful energy source known as Aetherium Crystals.

Thanks to a contact within the KGB, Maxis sent a copy of the original Projekt Endstation video to the CIA’s Grigori Weaver, who then dispatched the CIA’s own covert faction, Requiem, to further investigate this site and thwart Omega Group’s plans. During Requiem’s operation in Poland, Maxis continued her research into Omega Group and the Dark Aether, ultimately gaining a contact in Captain Sergei Ravenov. 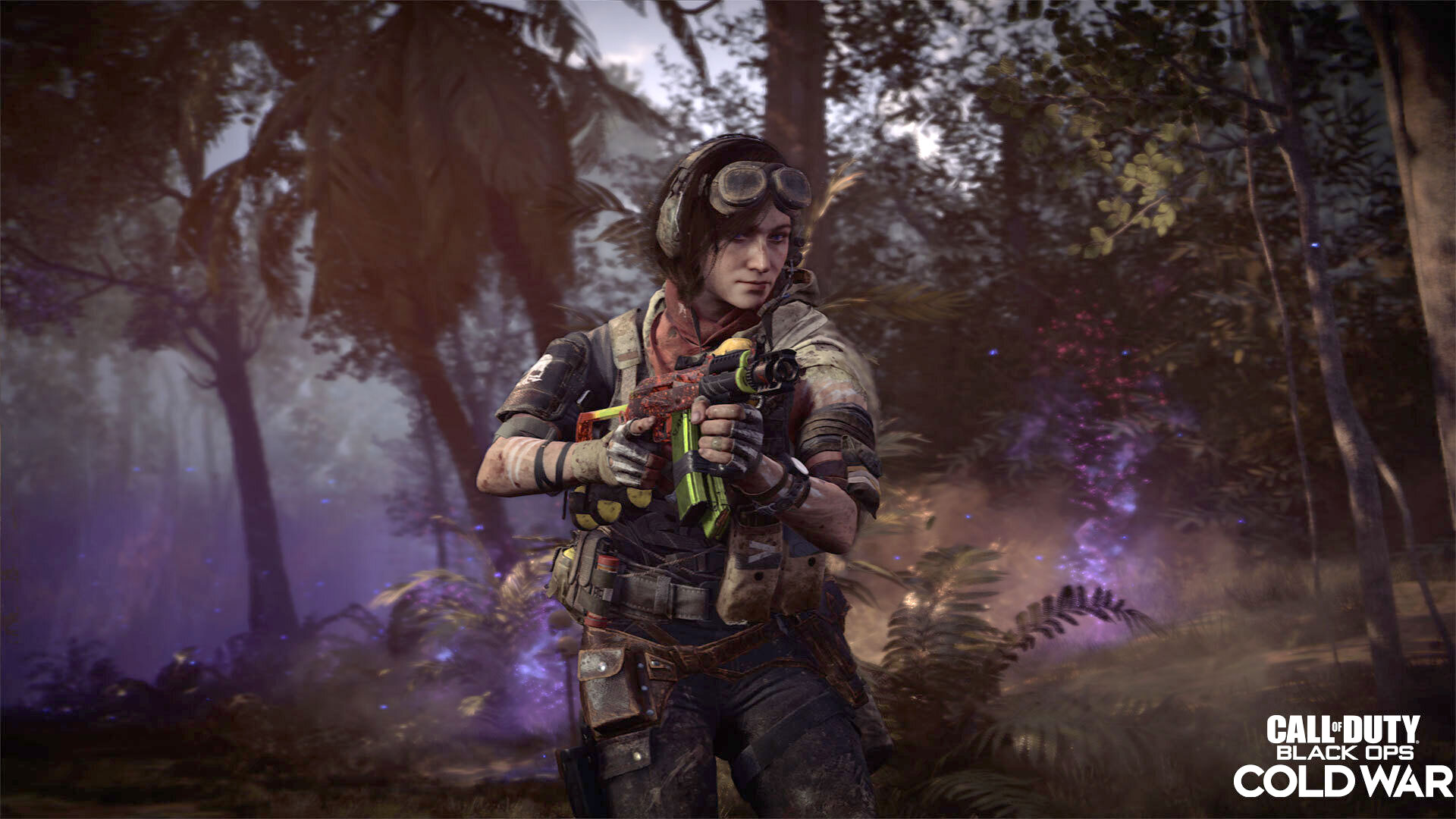 In the months that followed, Maxis learned that Omega Group successfully stabilized a rift into the Dark Aether at what they called “Outpost 25” in Vietnam. Acting on this new intel, she infiltrated the outpost to meet her contact in person, only to be captured by Omega Group, interrogated, and thrown into the Dark Aether.

Maxis was freed by Requiem’s agents on June 15, 1984, aiding them in escaping the facility with a treasure trove of Omega intel. Following a massive battle, she learned from Ravenov that a larger Omega Group operation was already underway in the Ural Mountains. 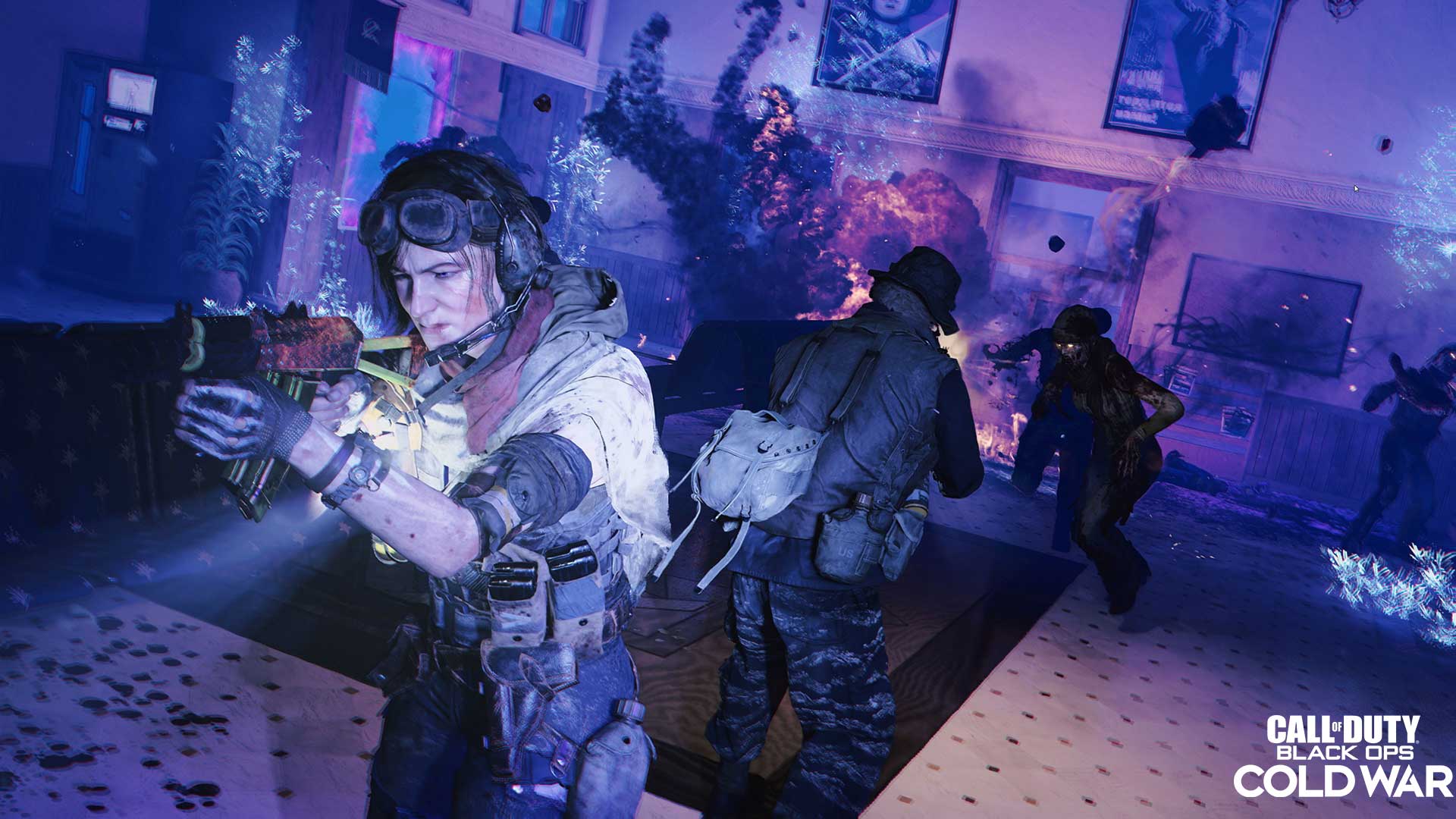 Ready to Join the Fight

Maxis is available within her own Reactive Bundle, coming to the in-game Store for Black Ops Cold War and Warzone later this week.

Her default skin – “Aether Cover” – is the outfit she wears after being freed from the Dark Aether during the events of “Firebase Z.”

Her preferred weapon is the Ultra-rarity “Z-74u” SMG, a five-attachment Reactive Blueprint that evolves by earning eliminations in Zombies or Multiplayer. This SMG, along with the Legendary “Neutralizer” shotgun Blueprint, are considered her standard CQB loadout for assignments in the field. 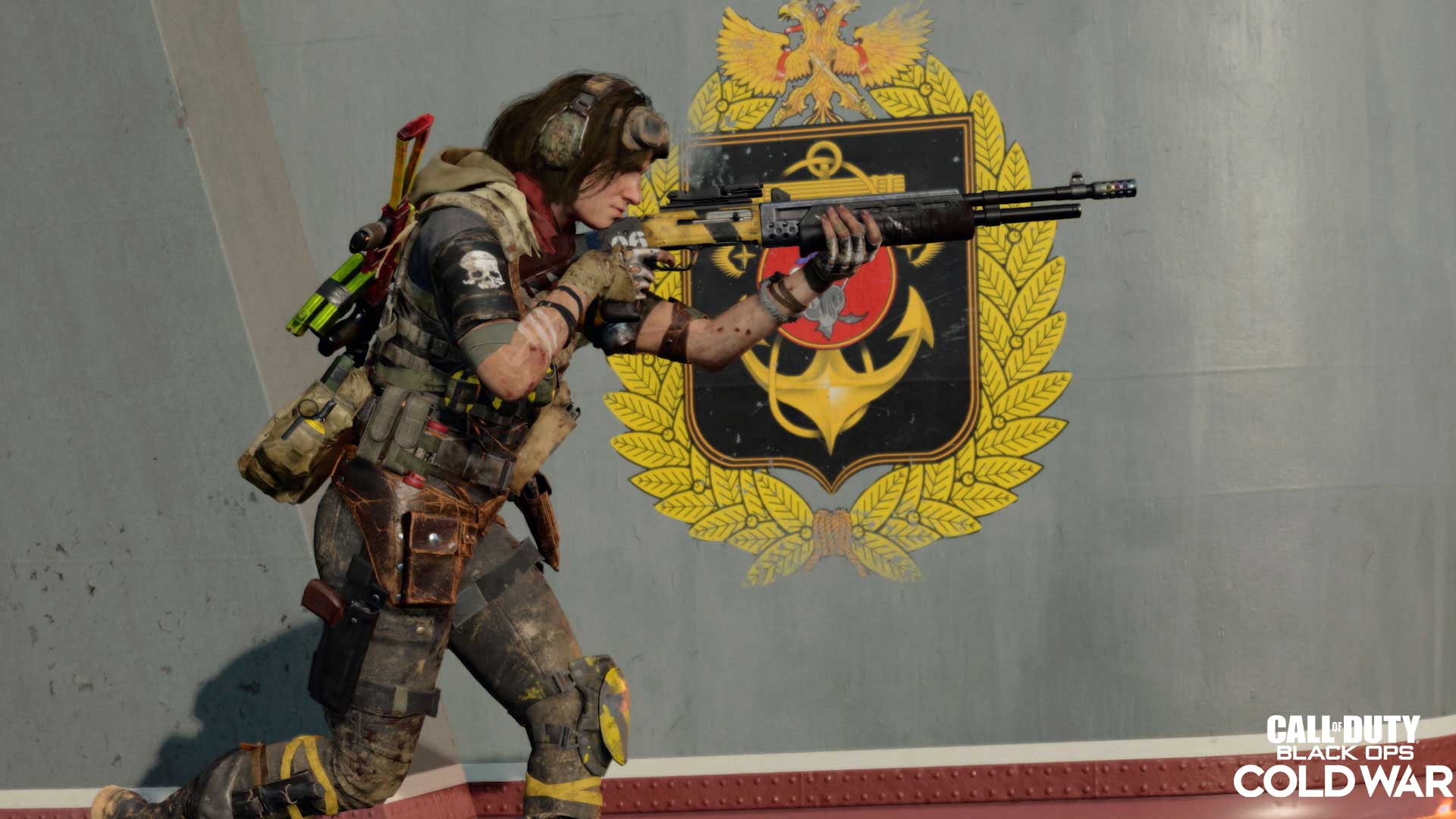 Should a hostile enemy get within striking distance, Maxis isn’t afraid to pull off her signature Finishing Move “Maim & Taim,” a simple, yet effective, crippling shot to the kneecap followed by a coup de grâce.

All of this is more than enough to complement Maxis on her next mission, whether it’s completing experiments for Requiem in the Outbreak Zone, fighting the Warsaw Pact head-on in Multiplayer, or outlasting the unknown threats that await in Verdansk.