Welcome to the Snipers Only Moshpit. Let’s hope you’ve got a steady hand.

Available as part of the Season One content offering, Snipers Only Moshpit is a limited-time featured playlist now live in Black Ops Cold War. Grab your favorite rifle and fight in 6v6 Team Deathmatch and Domination.

Let’s look at the setup along with some tips and loadout recommendations.

The Snipers Only Moshpit features 6v6 competition on Team Deathmatch and Domination across a variety of maps.

All weapons besides sniper rifles are restricted. Lethal and tactical equipment, as well as Scorestreak weapons (such as the War Machine) are also restricted for a pure snipers-only experience. 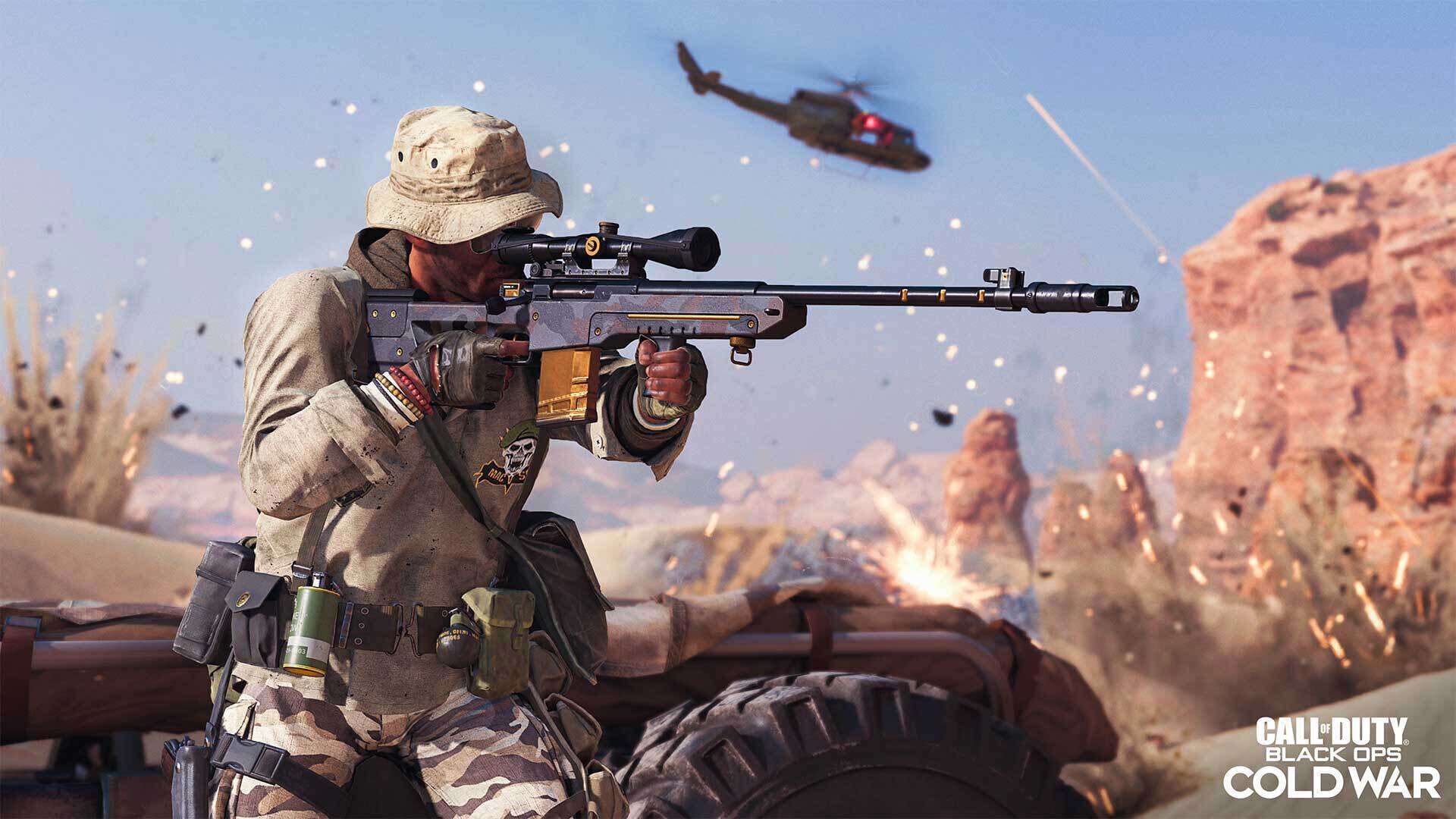 Success in the Snipers Only Moshpit requires practice, precision, quick thinking, and a deep familiarity with your loadout capabilities. The practice is up to you, but when it comes to loadouts, we’ve got you covered.

Here are two recommendations to get you started, whether you’re leading the charge in Domination or racking up kills in Team Deathmatch.

This Legendary Pelington 703 setup is perfectly suited for aggressive sniping in Domination. We’ve made one change to the Blueprint’s attachments: we’ve switched out the Duster Pad for the Sillix Holoscout optic.

Who said snipers can’t fight up close? With this build, you lead the charge. Your critical attachments are Fast Loader for quicker reloads, Field Tape to remain steady under fire, and the Sillix Holoscout for the ability to fight in tight spaces. Use Perk Greed to stack up on abilities.

In Perk 1, we have Paranoia and Forward Intel. Get notified when enemy snipers target in on you while benefitting from a larger mini-map and enemy spawn indicators. In Perk 2, use Assassin to boost your score potential and Tracker to stay on the enemy’s heel. Finally, keep a low profile on enemy thermals via Cold Blooded and reduce your audio footprint with Ninja.

The heavy hitting LW3 - Tundra is outfitted with a 4x scope and flash concealment for low profile shots best taken at mid- to long-range. Reveal distant enemies with the SOF Target Designator and maintain accuracy through fire via the Front Grip attachment. Extend your up time with the 7 Rnd Speed Mag and benefit from improved handling speeds via Speed Tape and Tactical Stock. Top it off with the 26.5” Cavalry Lancer to inflict major damage against enemy Scorestreaks.

Your Perks are Paranoia — a great Perk for any build in this mode — Assassin to boost your score output, and Ghost to maintain a low profile under enemy Spy Planes. Choose the Spy Plane as one of your Scorestreaks to boost your chances of earning extra score via Assassin, great for helping you access higher streaks. 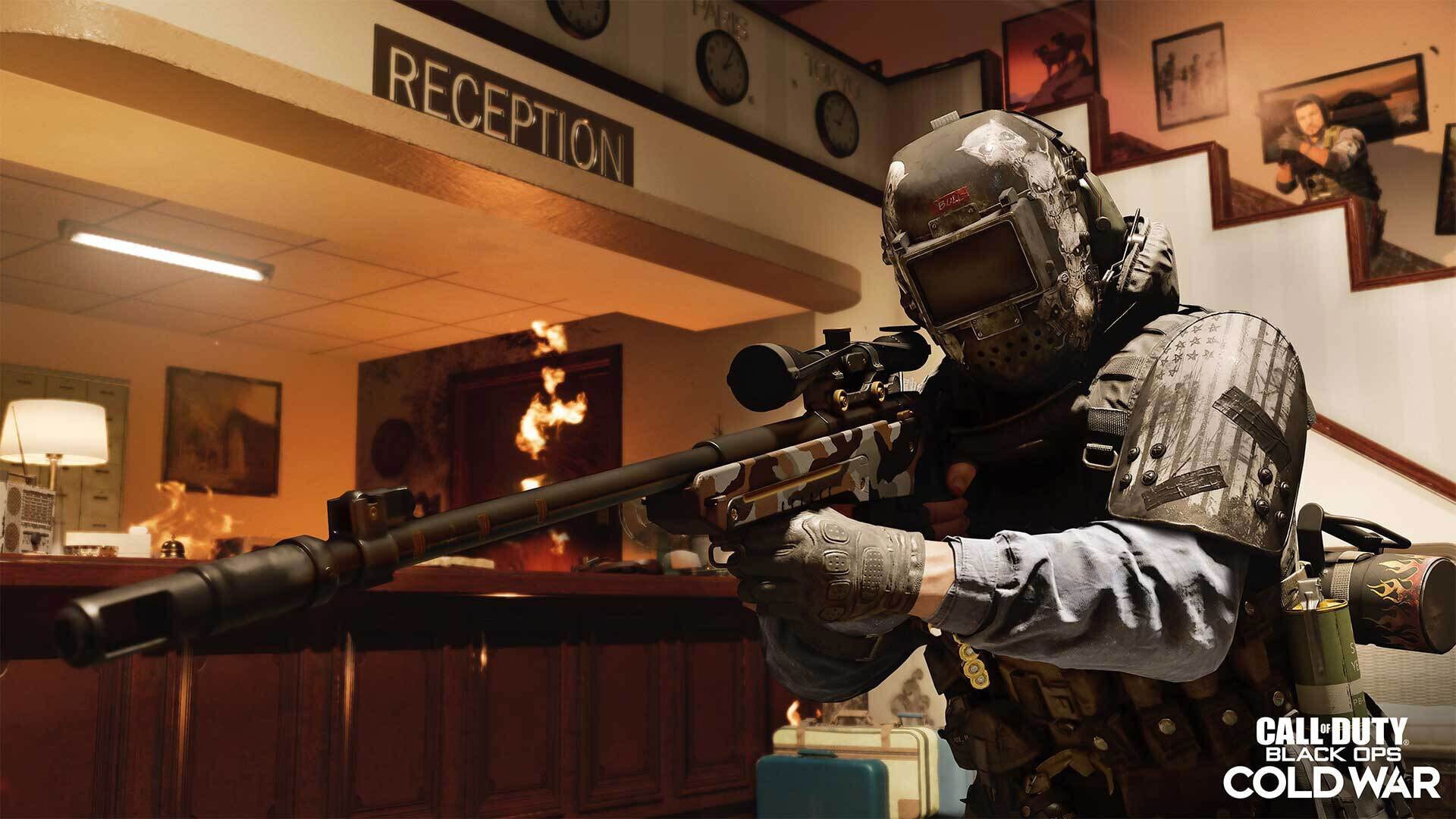 5 Tips for the Snipers Only Moshpit

1. Match the Mode. In Team Deathmatch, all bets are off — use whatever rifle configuration is best suited for the chosen map, whether that means sniping long shots in Miami or fighting mid-distance in Moscow. In Domination, consider aggressive loadouts with lower-magnification optics, so that you can fight up close while capping zones.

2. Power On. Keep your eyes peeled for power positions at all times. If you can get above the enemy team, you’ve got the advantage. Don’t get caught up in one spot though, or they’ll learn to counter you fast. Find a power position, take some shots, and then move on to the next one.

3. Shot and a Prayer. Consider hip firing when you run into a close-quarters situation. It’s a last-ditch effort, but strafing and hip firing at close range is often better than struggling to get the enemy in your sights. Worst case, close in for a melee attack.

4. Scope Not Required. Want to really run circles around your enemies? Use the Iron Sights attachment to strip off your scope and bring it back to basics. Move up and press into traditional snipers struggling to get a bead on you at close range.

5. Pinch ‘Em. When your team is bunched up, look around to see which angles they’re most vulnerable to. Take up a sight over those angles to reduce the chances of an enemy sneaking in for the multi-kill.

More than anything, have fun! You don’t get the chance to be a full-time marksman like this every day.