Spread some Blizzard Cheer with these Holiday Deals 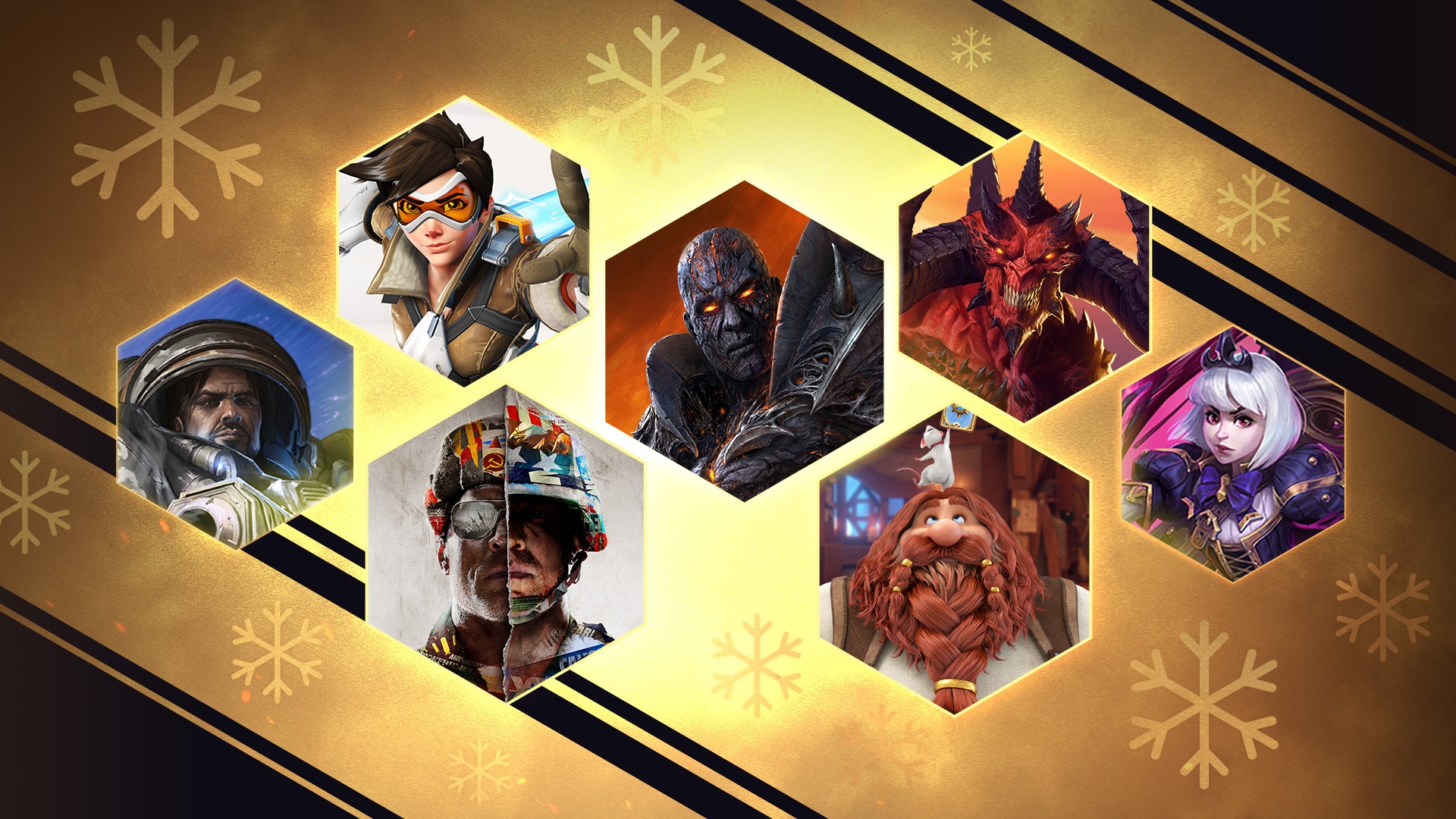 Winter[1] is here. The days are growing shorter, the layers of clothing are growing thicker, and people around the world are getting ready to celebrate the holidays. If you are looking for some last-minute digital presents for your friends that won’t get stuck in the mail (or even just some nice discounts to treat yourself), we have just the stocking stuffers for you! Head over to our Holiday Shop Page to see all the deals, or read on for some highlights of this year’s offerings.

World of Warcraft: Save 33% on the Shadowlands-Level Character Boost to dive right into World of Warcraft’s latest expansion; take 65% off the special limited-time “Woof Pack” bundle; get the Digital Deluxe Editions for half off; and save big on select mounts, pets, and toys!

Hearthstone: From now until January, get a one-time gift of 5 Darkmoon Packs and 500 gold for free when you log into the game. We’re also discounting Battlegrounds perks, so there’s never been a better time to pull up a chair by the hearth for a few games between friends.

Overwatch: There’s an upcoming free trial for Overwatch on PC, so now’s the season to gather your friends and move the payload…festively. We’re also taking 50% off the Limited Edition as well as 25% off the Standard Edition until January.

Diablo III: The legions of the Burning Hells are about to have the worst holidays ever, because we’re discounting the Eternal Collection, the Battlechest, the base game, the Reaper of Souls expansion (Standard as well as Digital Deluxe), and The Rise of the Necromancer...all by 25%!

StarCraft II: What better way to send this year packing than by taking control of the battlefield and saving the galaxy from an evil beyond the stars? We’re taking 25% off the Campaign Collection, and in case you’re interested in the extra skins and other in-game goodies, we’re taking 33% off the Campaign Collection Deluxe as well. Lastly, fans of psionic scifi espionage can now grab the Nova Covert Ops Campaign for 33% off.

Heroes of the Storm: We’re discounting a number of heroes in the in-game store, so head into the Nexus, take advantage of these deals before they’re gone, and let those slay bells ring!

[1] Depending on your latitude; if you live in a part of the world that is about to enjoy summer, pretend we said something about sunscreen and gorgeous weather.