A Deep Dive into the Call of Duty®: Black Ops Cold War Campaign 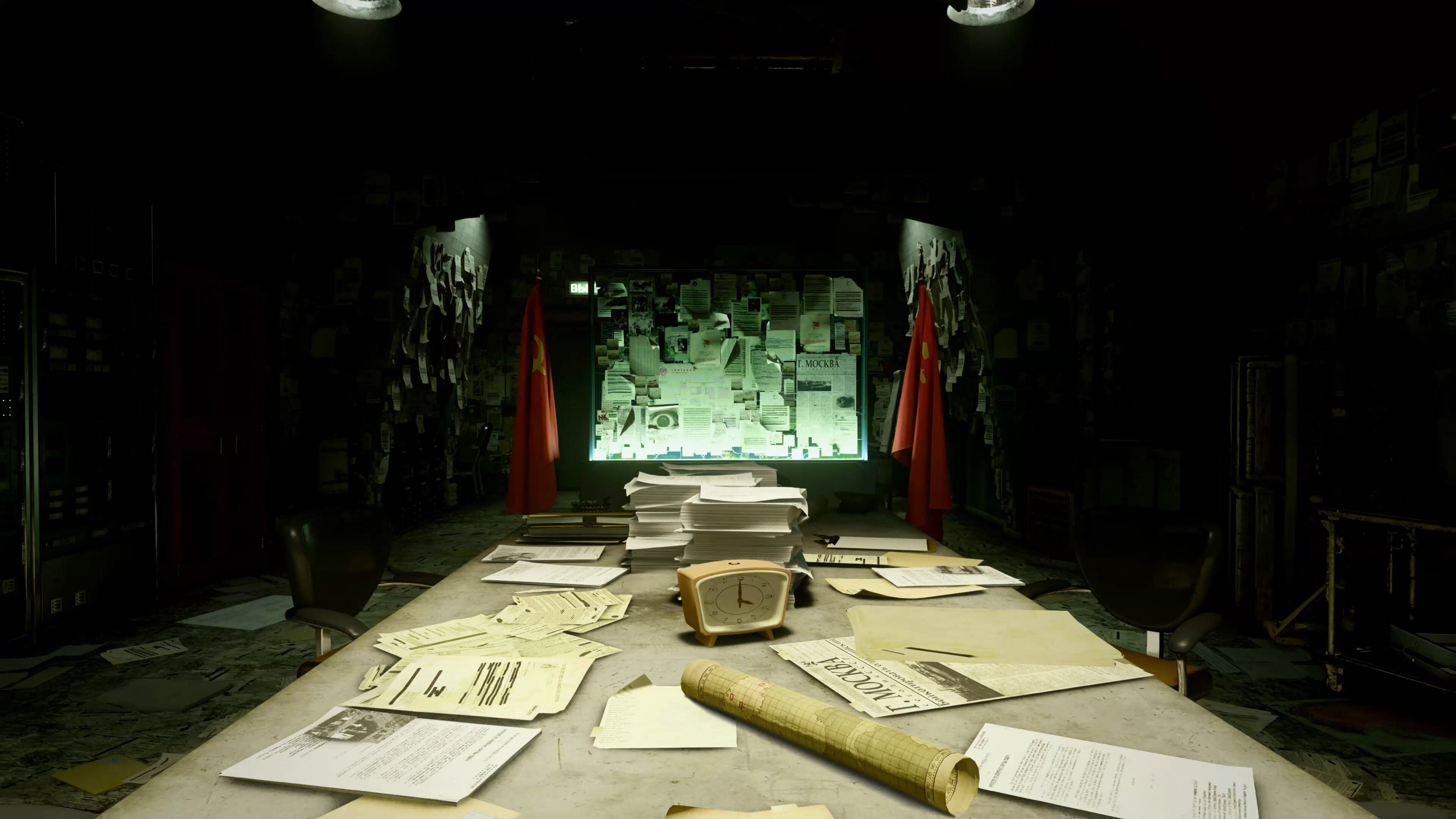 A rooftop chase across Amsterdam. A recollection of an encounter within Vietnam. A covert infiltration of the KGB headquarters.

At the height of the Cold War, these three moments defined the early history of a newly formed group of CIA operatives. Their objective: to prevent global nuclear conflict through deniable operations, missions whose targets and sources remain off the record to this day.

On November 13th, you’ll learn what happened off the books that saved the world from unimaginable disaster.

Led by Raven Software, the Campaign for Call of Duty: Black Ops Cold War will act as a direct sequel set 13 years after the original Black Ops, allowing veterans and newcomers alike to experience this clandestine world from a new perspective.

“We are huge fans of the original Black Ops and our first goal was bringing back the iconic trio of Woods, Mason and Hudson – but to do so in a way that didn’t require any previous experience with the series,” said Dan Vondrak, Senior Creative Director at Raven. “We also felt it was important to introduce some new characters so we could explore their personalities and relationships with the classic characters – this way both new and old players get something fresh. By approaching it this way, as the story unravels, we can slowly make connections and references back to Black Ops that fans like us will appreciate but won’t be a flood of new information all at once for new players.”

The following is a glimpse into three of the Campaign Missions of Call of Duty: Black Ops Cold War. Light spoilers ahead. 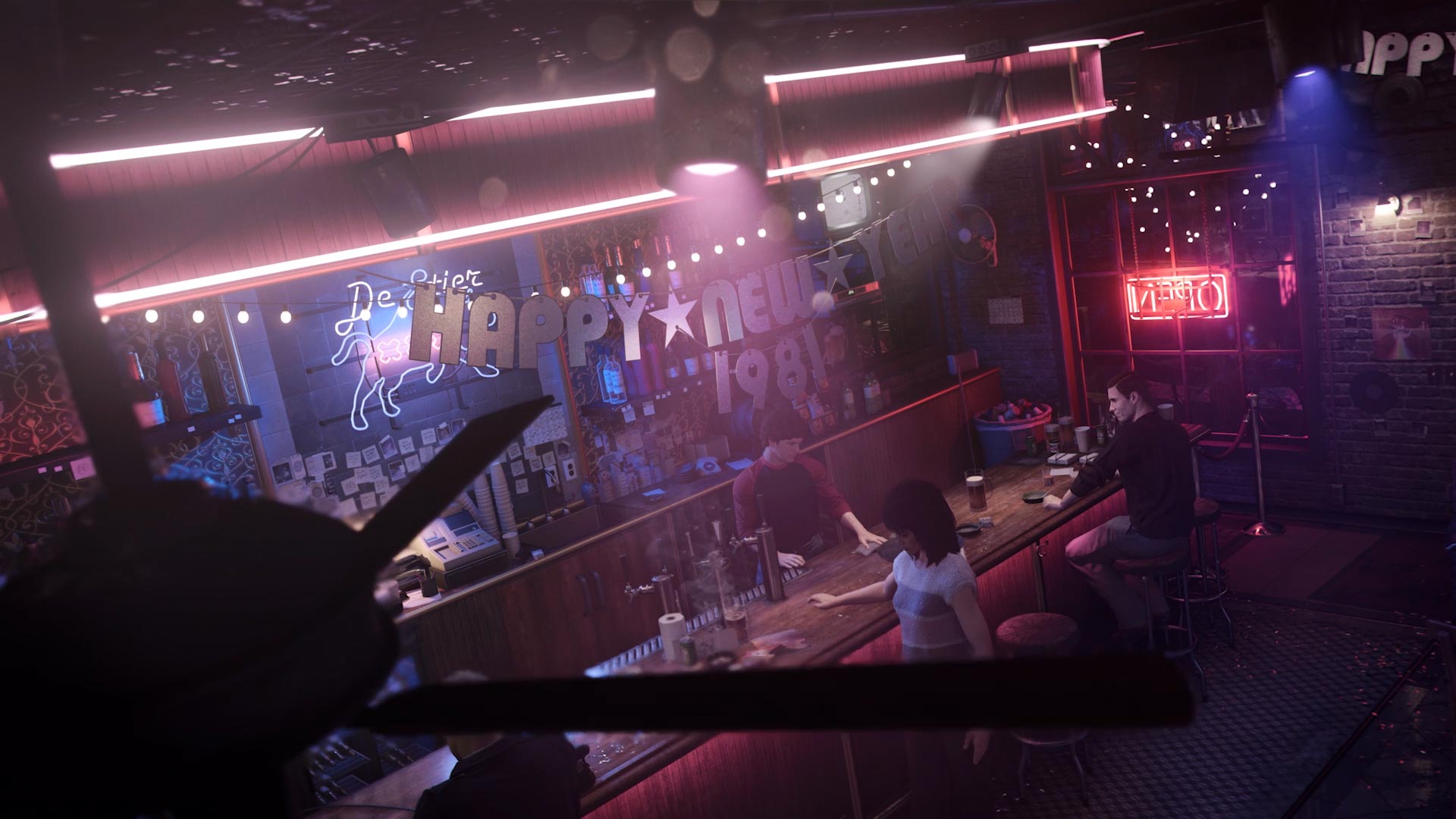 It all begins in a grungy tavern within Amsterdam almost two weeks after New Year’s Day, 1981.

A massive break in a CIA investigation has led three operators to this otherwise seedy watering hole, one whose jukebox is always tuned to the latest hits despite the lack of turnover to its décor or its top-shelf bottles on offer. After a meeting with their source, the checks are cleared and they exit past the local bargoers to the alleyways, gearing up to capture the first of two key players to an ongoing hostage crisis.

“Nowhere Left to Run is a great example of how we wanted to pay homage to the original Black Ops in a few ways that fans will recognize,” Vondrak said, “but also give newcomers a great first taste of what Black Ops is all about without needing any previous experience with the series. This first mission really serves as a great way to bring back Woods and Mason as well as introduce one of our new heroes, Russell Adler.” 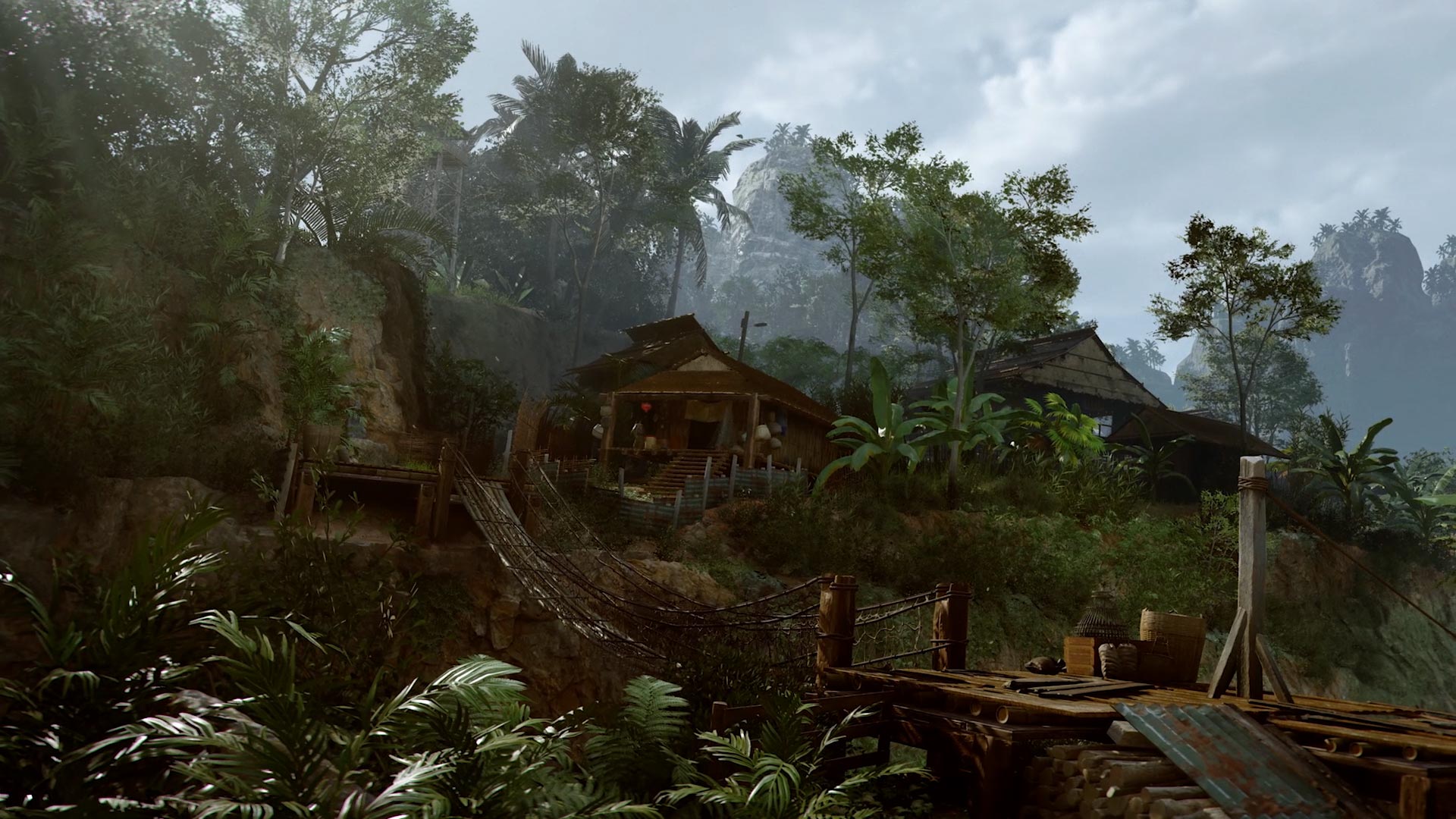 After a rooftop chase with multiple fast-paced shootouts, the mission shifts gears as the three men confirm that their second, and final, target is at the Trabzon Airfield in Turkey. Although they prepare for another takedown under the cover of night, they come prepared with an unconventional weapon just in case the DZ goes hot.

“Of course, Black Ops has a well-known history of bombastic over the top moments,” Vondrak said. “It was critical to not only get one of those moments in this first mission, but also make it uniquely Black Ops by using the RC-XD, the radio-controlled car packed with explosives from the original game. As the mission comes to an end, the story kicks off in dramatic fashion as a ghost from the past is revealed to still be alive and planning something that could shift the balance of power in the Cold War.”

Who is this threat that can alter the course of this global struggle? As one of the operators recall from their time fighting in the Vietnam War, it’s none other than Perseus, a mysterious Soviet spy that some people believe never even existed.

Despite this figure being written off as myth, players will relive a first encounter with Perseus during the Campaign’s second mission, “Fracture Jaw,” set within the Vietnam War. Through this flashback, the team will uncover clues needed to track down Perseus, as the overarching theme of deception is deeply rooted within this past war and the current operation.

“Narratively, these two pieces fit together perfectly as the team has to try and relive their past and unblur the lines between truth and deception,” Vondrak said. “It was great being able to push the big war feeling in these levels, from flying helicopters to being a soldier on the ground fighting through jungles and rice paddies.” 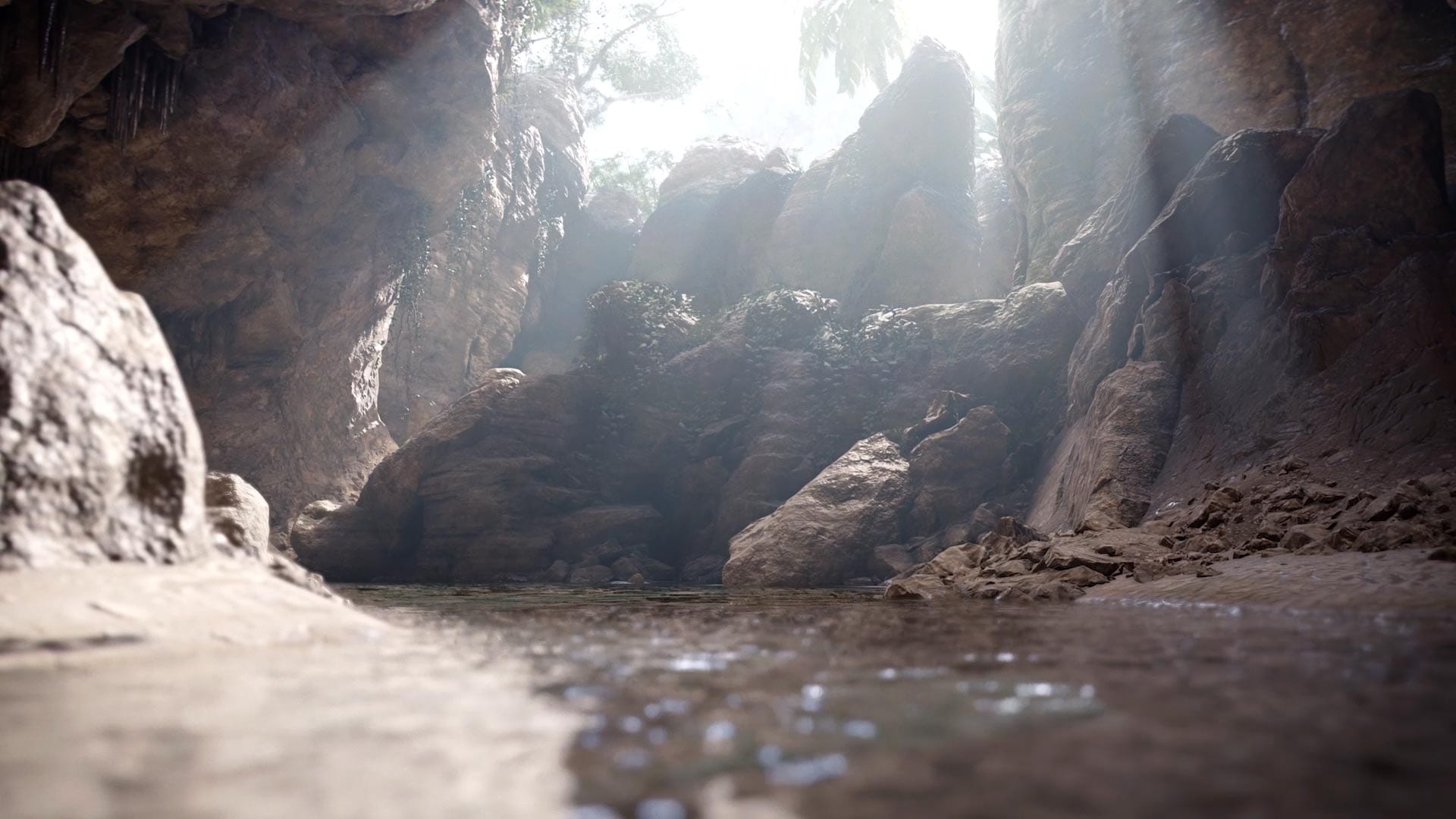 In signature Black Ops fashion, this Campaign will feature multiple flashbacks like “Fracture Jaw” that add another layer of context to the overarching story. Through these recollections, this CIA team – and of course, the player – will gain the insight needed to uncover the truth behind Perseus.

“One of my favorite levels is one of the later Vietnam missions,” Vondrak added, “as we really pushed to give the player more freedom and control. It’s easily the most unique mission we’ve ever made.” 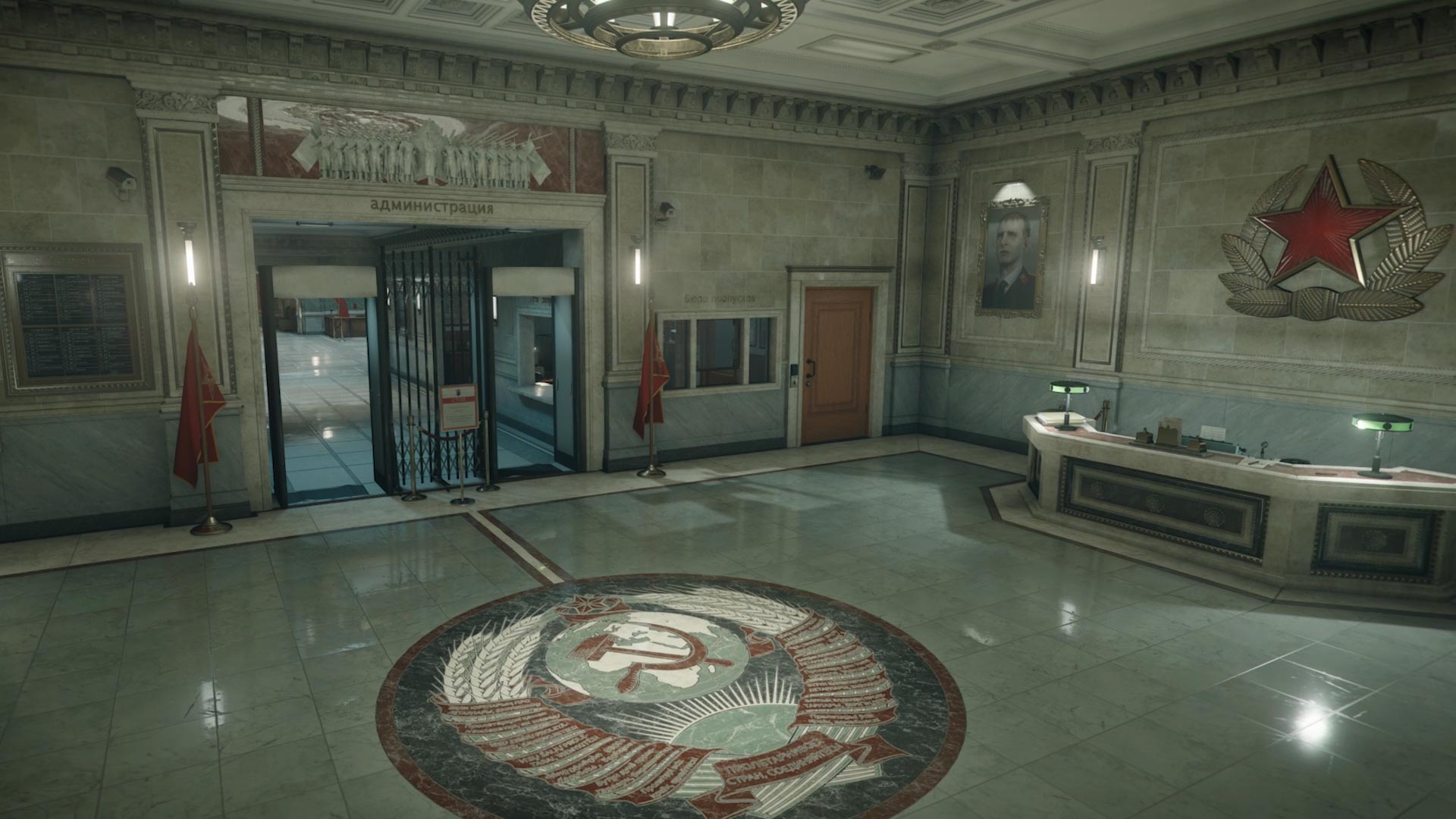 “Desperate times call for desperate measures, and that’s what this mission is all about,” Vondrak explained. “After tracking down several leads in the hunt for Perseus, the team find themselves faced with the unthinkable: they must go behind the Iron Curtain – into the heart of the Soviet Union – and infiltrate the KGB headquarters.”

Another change-of-pace compared to the first two missions, “Desperate Measures” sees our CIA operators break out the covert spycraft for a last-ditch effort to gather information on Perseus. Using the latest in 1980s technology including modified civilian tools and prototypical machines, players will assume the role of a Soviet double agent working for the CIA reporting for work at the KGB’s headquarters. 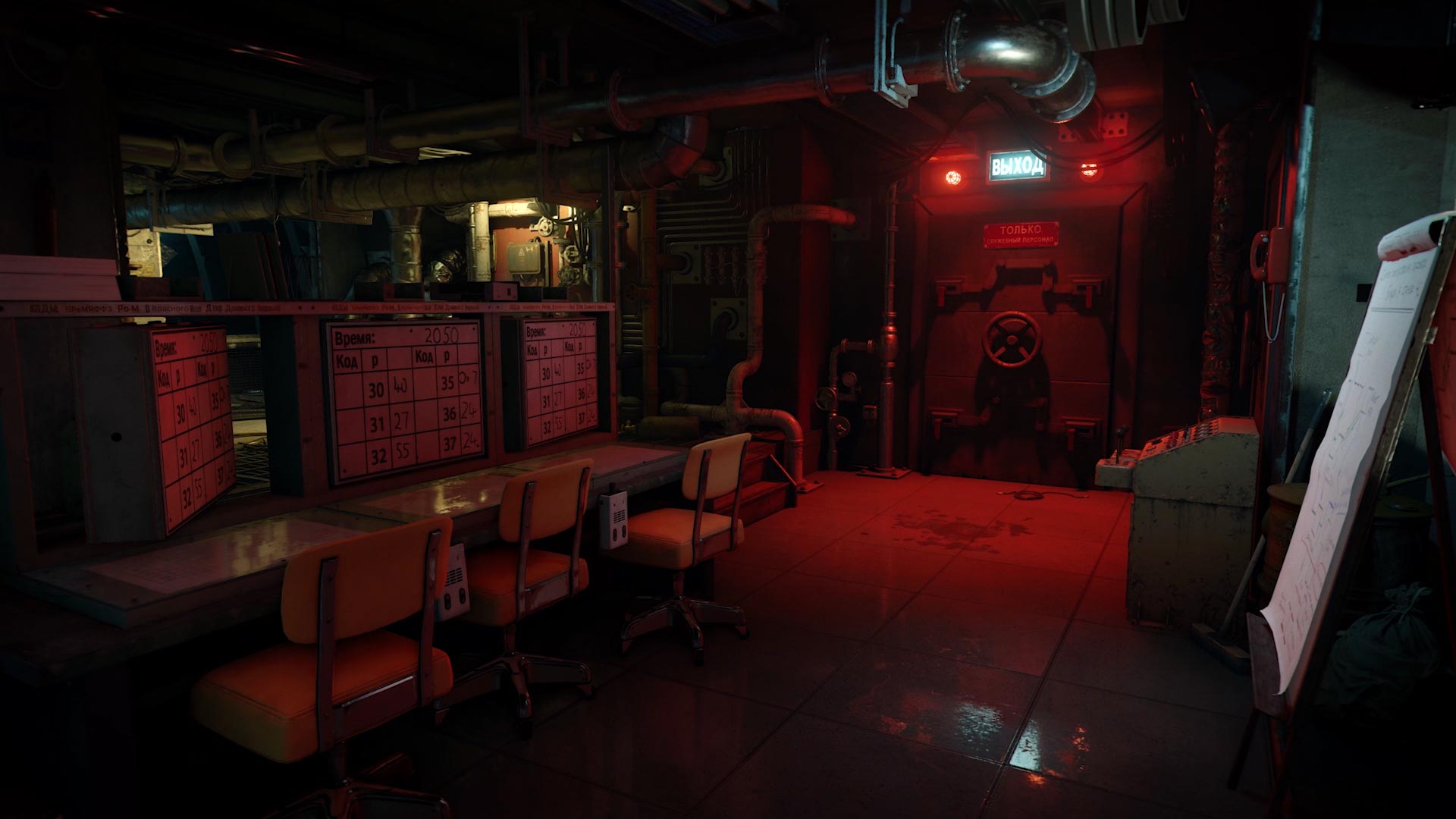 This status comes with access to an incredible look behind the scenes at the KGB, along with the opportunity to pry information out of their “fellow agents.” However, one odd move or awkward discussion could lead to cover being completely blown, compromising the mission and turning it into an all-out fight for survival.

“We really wanted the player to experience something different with this level, give them more freedom and control over how they complete their objective,” Vondrak said. “You are given multiple ways to complete your objective, hiding in plain sight as you walk through the hallways of the infamous Lubyanka building.  You have the freedom to talk to a variety of people and explore the building – ultimately culminating in an action-packed finish to the mission.”

More Twists and Turns to Come

Through these three missions, “Perseus” turns from myth to harrowing threat, one that players will chase throughout the Campaign.

“Something that both games have in common is their use of real-world history,” Vondrak said. “This was a critical element that made all the conspiracy so great in the original Black Ops and is something we couldn’t wait to continue.”

From headline-grabbing crises of the early 1980s to lesser-known clandestine operations, this Campaign will mix in Cold War history with an experience that only Black Ops can deliver.

With that in mind, Vondrak and the team have one message to players before they experience the full Campaign on November 13th:

“Know your history or be doomed to repeat it.”

Visit CallofDuty.com to digitally pre-order now and get instant rewards like the Woods Operator Pack* for immediate use in Modern Warfare® and Warzone.

Couple options for the game are available to choose from, including the Standard Edition and the Ultimate Edition.

You can pre-purchase on Battle.net which is linked from the game’s official website.