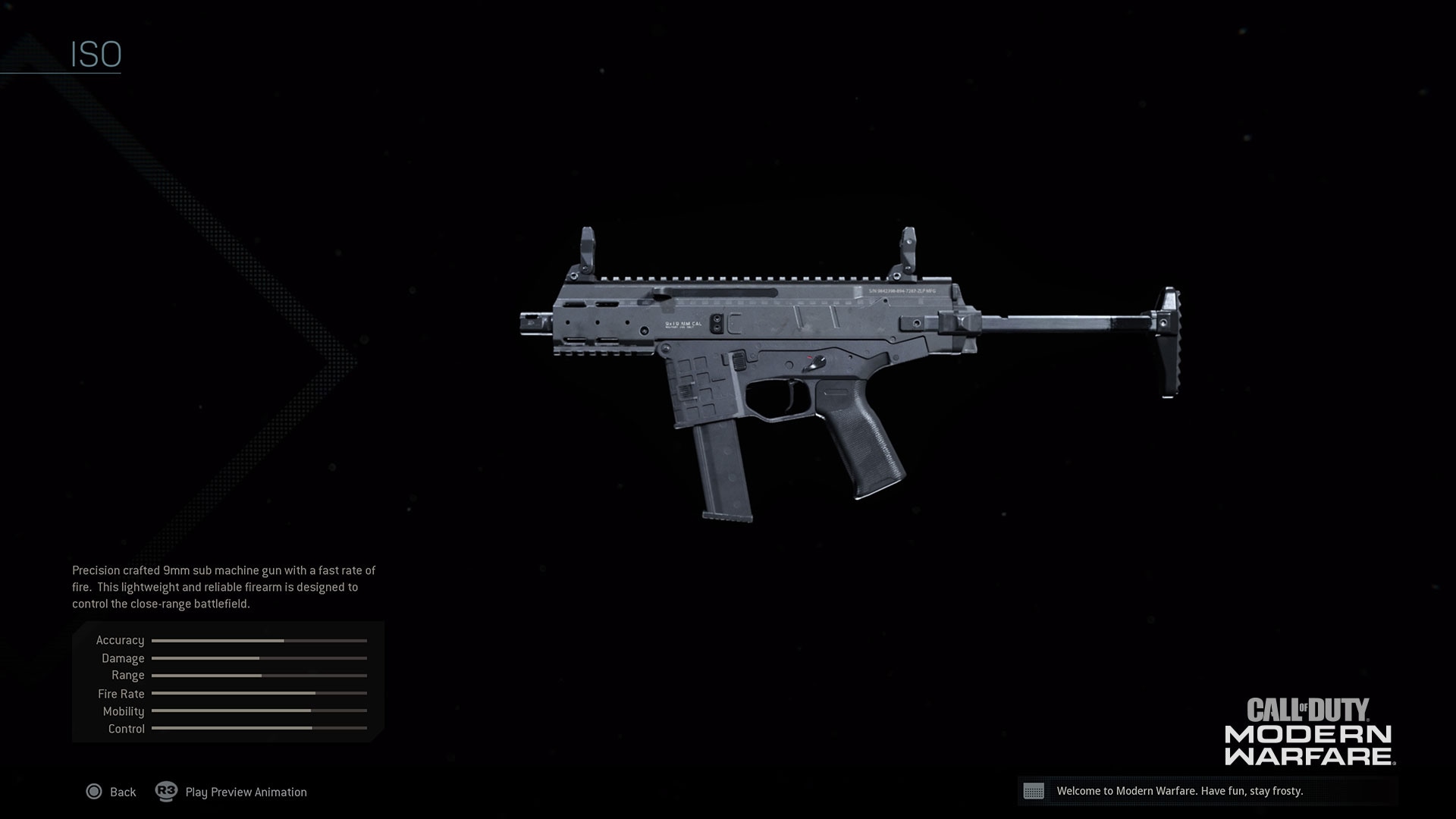 At Tier 15 of the Season Five Battle Pass system – a free tier for all players – is the ISO SMG.

“Precision crafted 9mm sub machine gun with a fast rate of fire. This lightweight and reliable firearm is designed to control the close-range battlefield.”

The ISO
boasts a high fire rate and comes equipped with a standard 20-round magazine, with the option to bump it up to 30 or 50 via Extended Mags or Drum Mags. 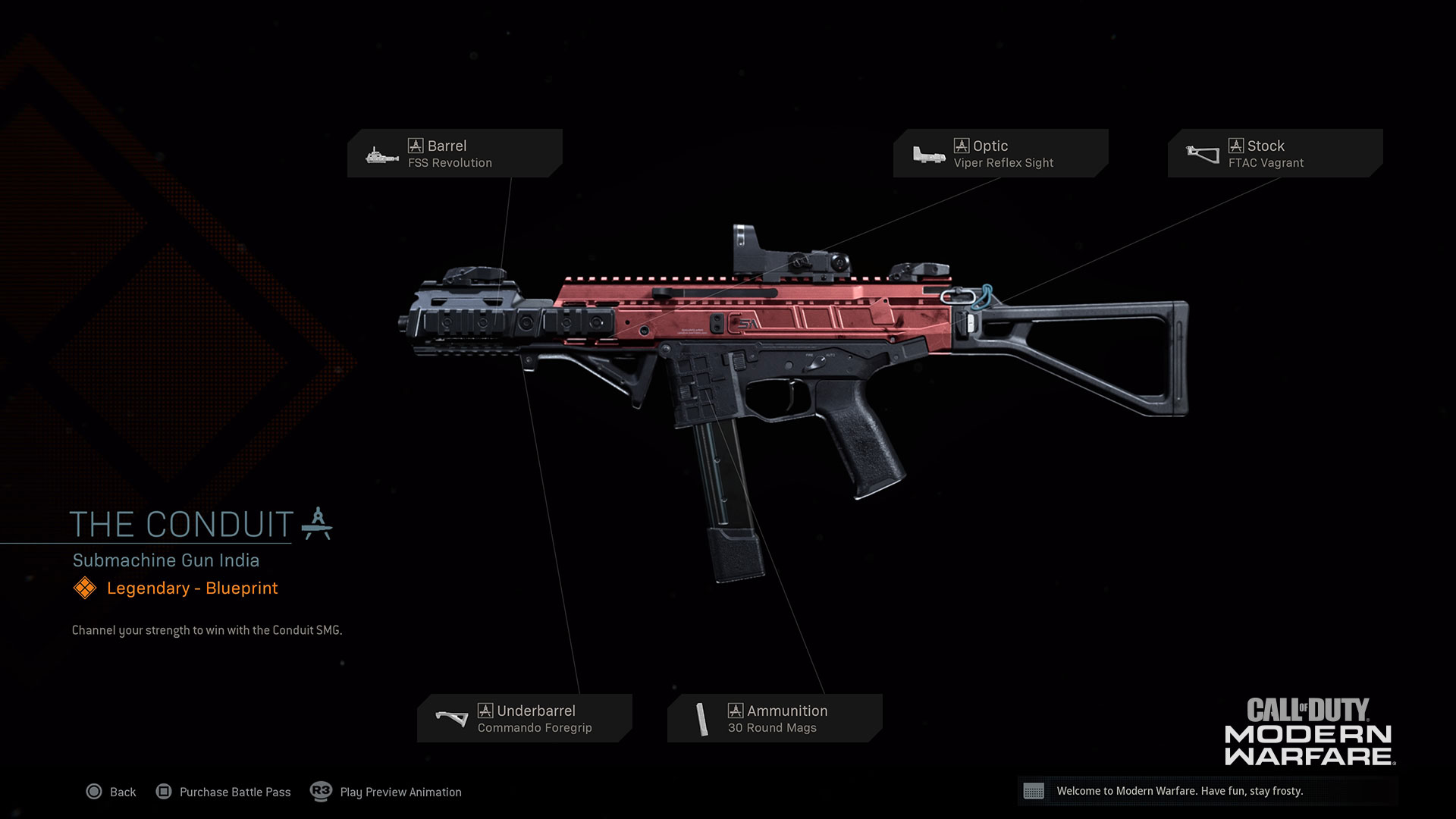 Available at Tier 85 in the Season Five Battle Pass, the Conduit features attachments that improve damage range, stability, and handling speed. Throw in 30 Round Mags and the Viper Reflex Sight for a well-balanced SMG in your loadout in Warzone™ and Multiplayer.

This class, built for CQB engagements, has dual use in both modes… right down to its perks:

The Kali Sticks are the fastest melee weapon in the game, allowing for swift movement across a Multiplayer map or Verdansk.

In Multiplayer, Kill Chain and Hardline offer cheaper killstreaks whose kills work toward the next, while in Warzone they reduce Buy Station prices and up your chances of finding killstreaks. Tune Up means more Field Upgrade uses in Multiplayer and reduced revive times in Warzone.

The Molotov does great damage to both enemies and vehicles, while the Decoy can misdirect your opponent. 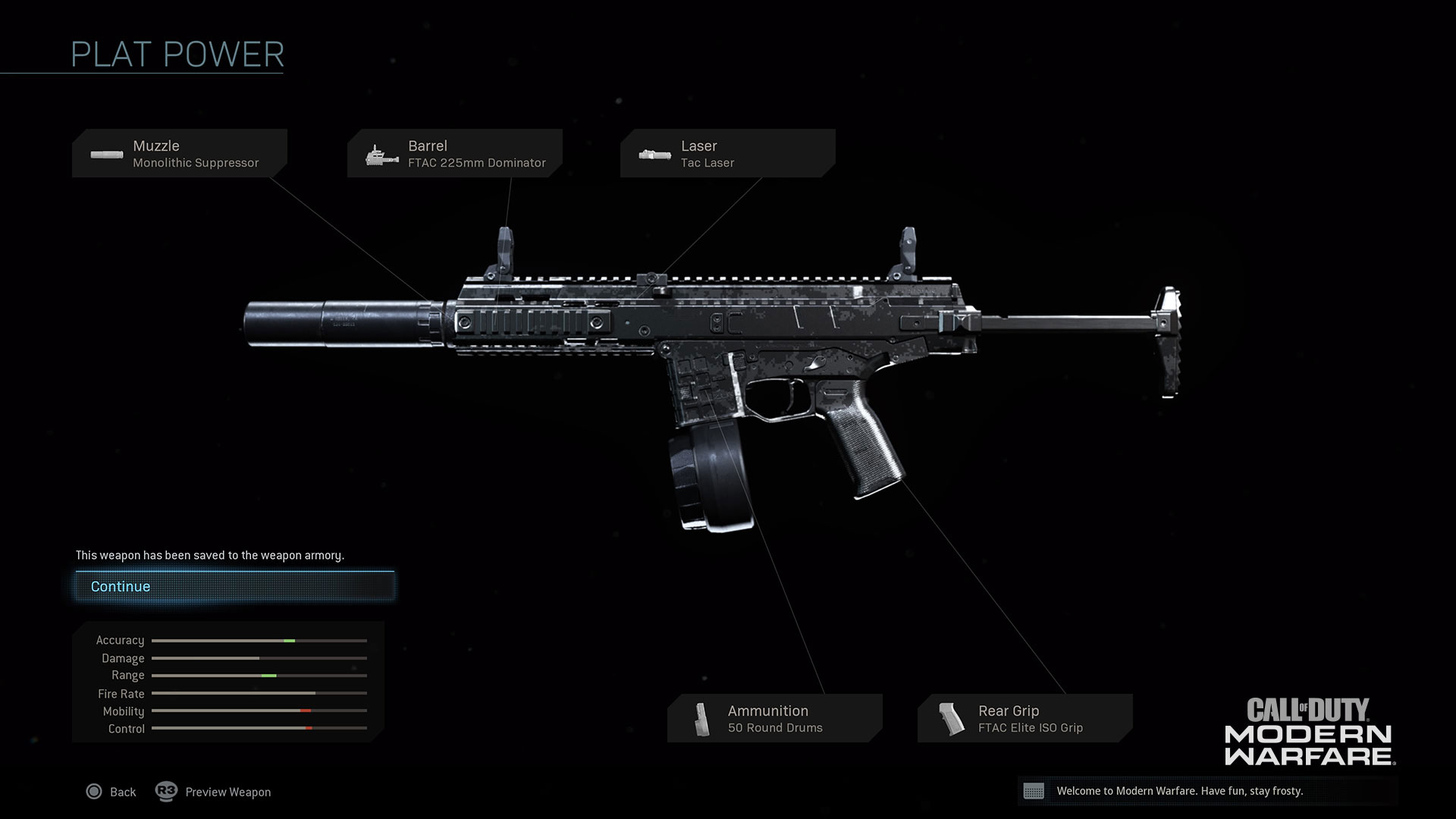 This versatile loadout extends the ISO’s usefulness into the mid-range for those times when the circle forces you into open areas. Enjoy an extended damage range and a much-needed boost to mag capacity, with the remaining attachments mitigating penalties to ADS and sprint-to-fire speed.

The PILA is a great anti-vehicle tool, and the perks keep you off the grid while tracking down enemy players. Use the Heartbeat Sensor for added intel and C4 as utility. 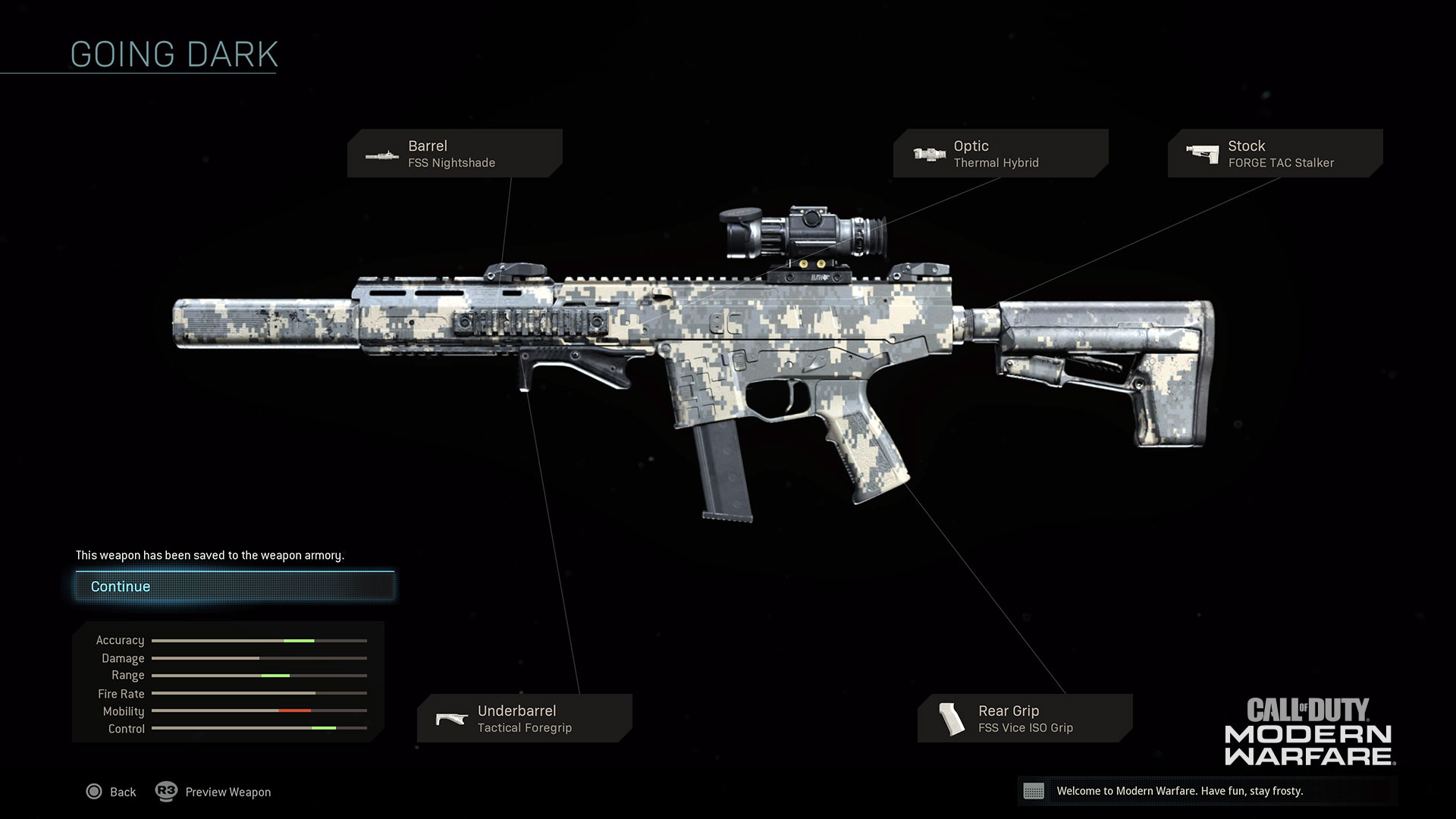 The grips and the stock improve aiming stability for precise initial shots while ADS. The Thermal Hybrid Optic cuts through Smoke Grenades – which you’ll have plenty of, thanks to Restock – and the barrel is a two-for-one suppressor/barrel extender combo ideal for longer, quieter engagements.

The secondary offers a great back-up, especially with headshots. Add in the Throwing Knife, and Spotter to track enemy positions, hack their equipment, and take them out in a flash.

These are only just a few ways to configure the ISO in the Gunsmith. Keep experimenting once you've unlocked it to uncover its near-infinite possibilities.