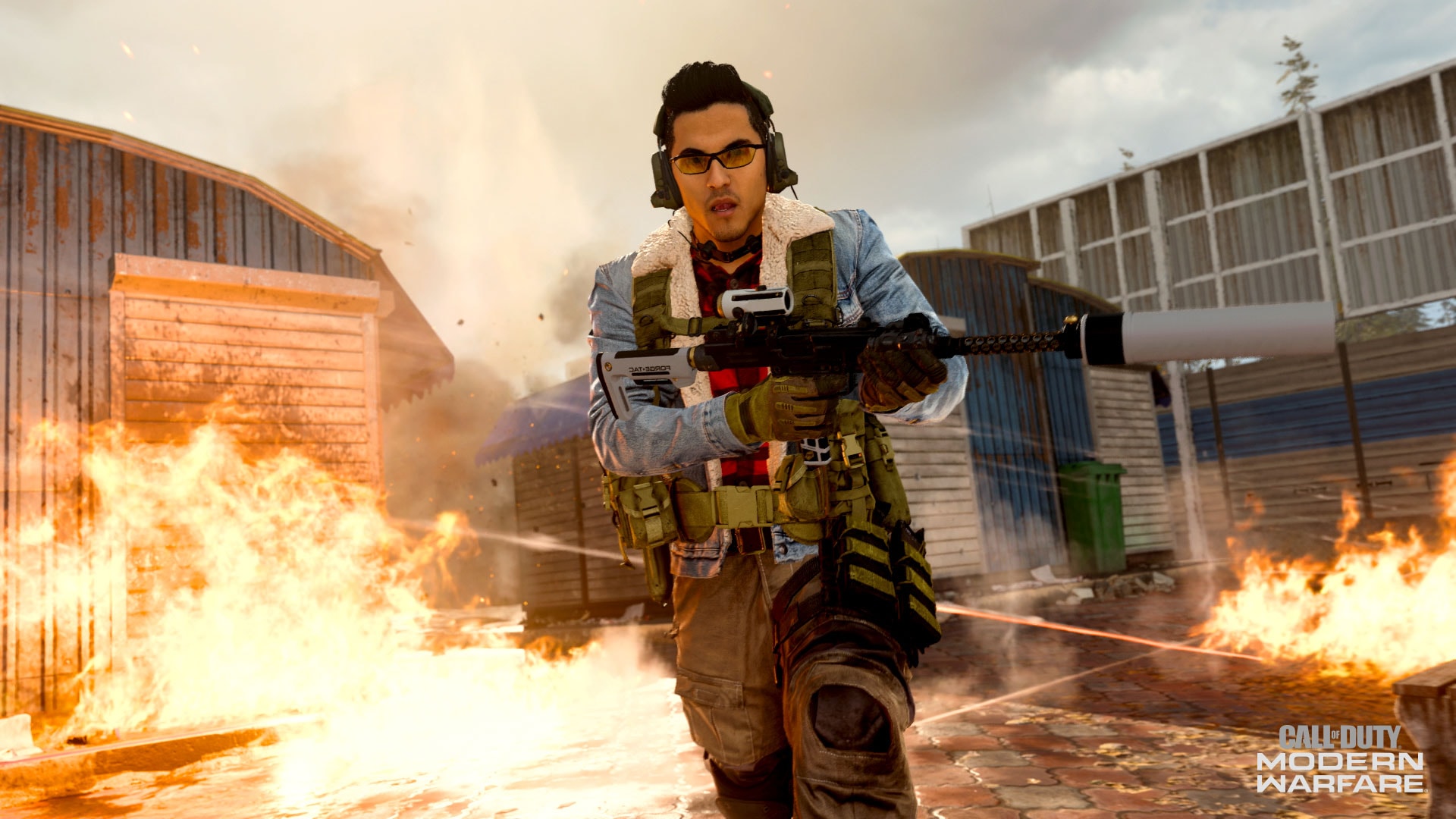 Whether you’re dropping in for Battle Royale or Plunder, you too can be equipped for battle with top-of-the-line weapon blueprints that could aid you on that quest for victory. 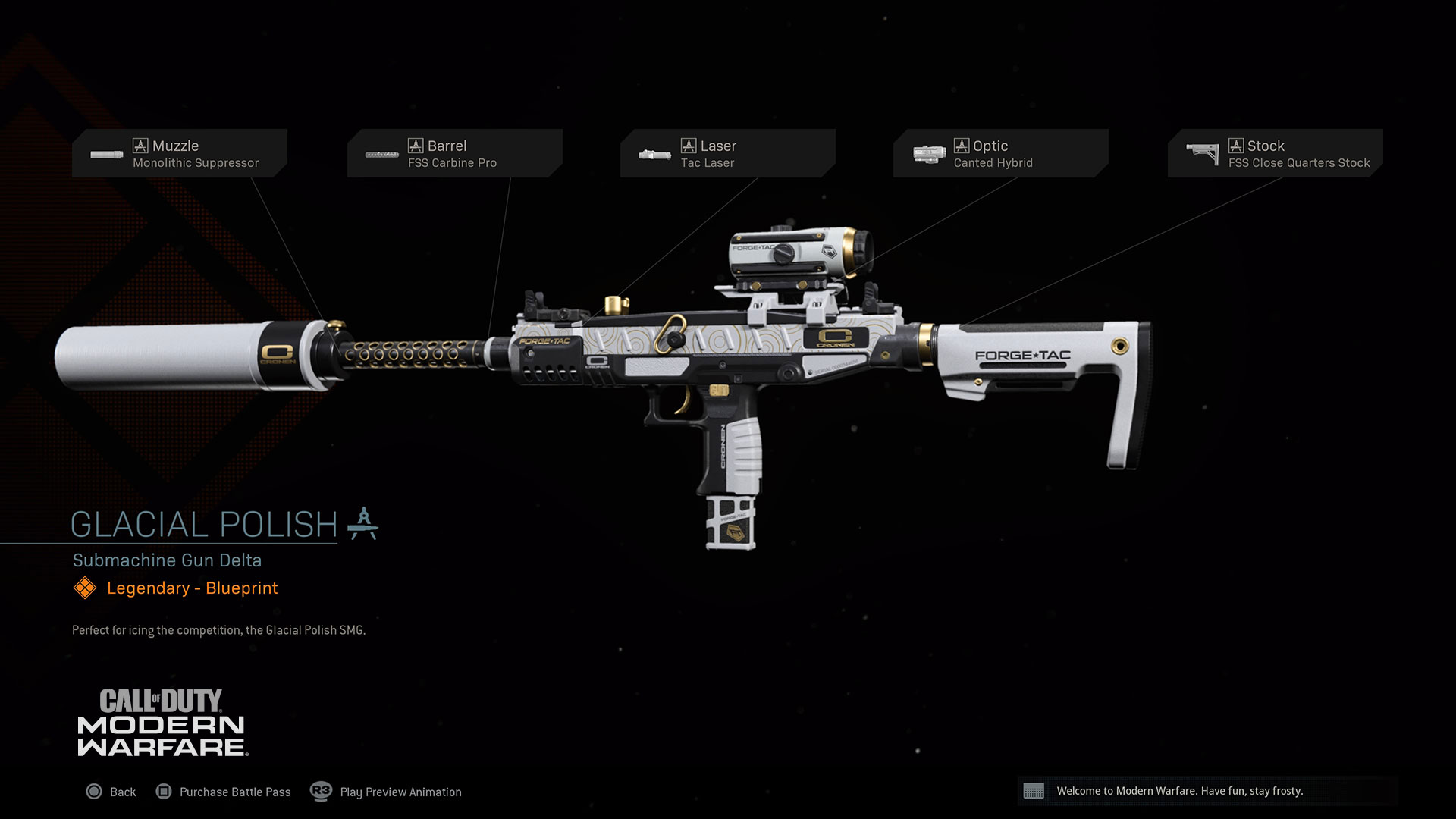 Become an Ice-Cold Killer with the Glacial Polish

In Solo games, Operators who are versatile are most often the most hostile.

The Glacial Polish is your CQB weapon with range, thanks to the Barrel and Muzzle attachments. The Canted Hybrid features a 2-in-1 3.25x zoom scope and 1.0x optic in one attachment, and the Tac Laser and FSS Close Quarters Stock allow for quicker ADS speed. 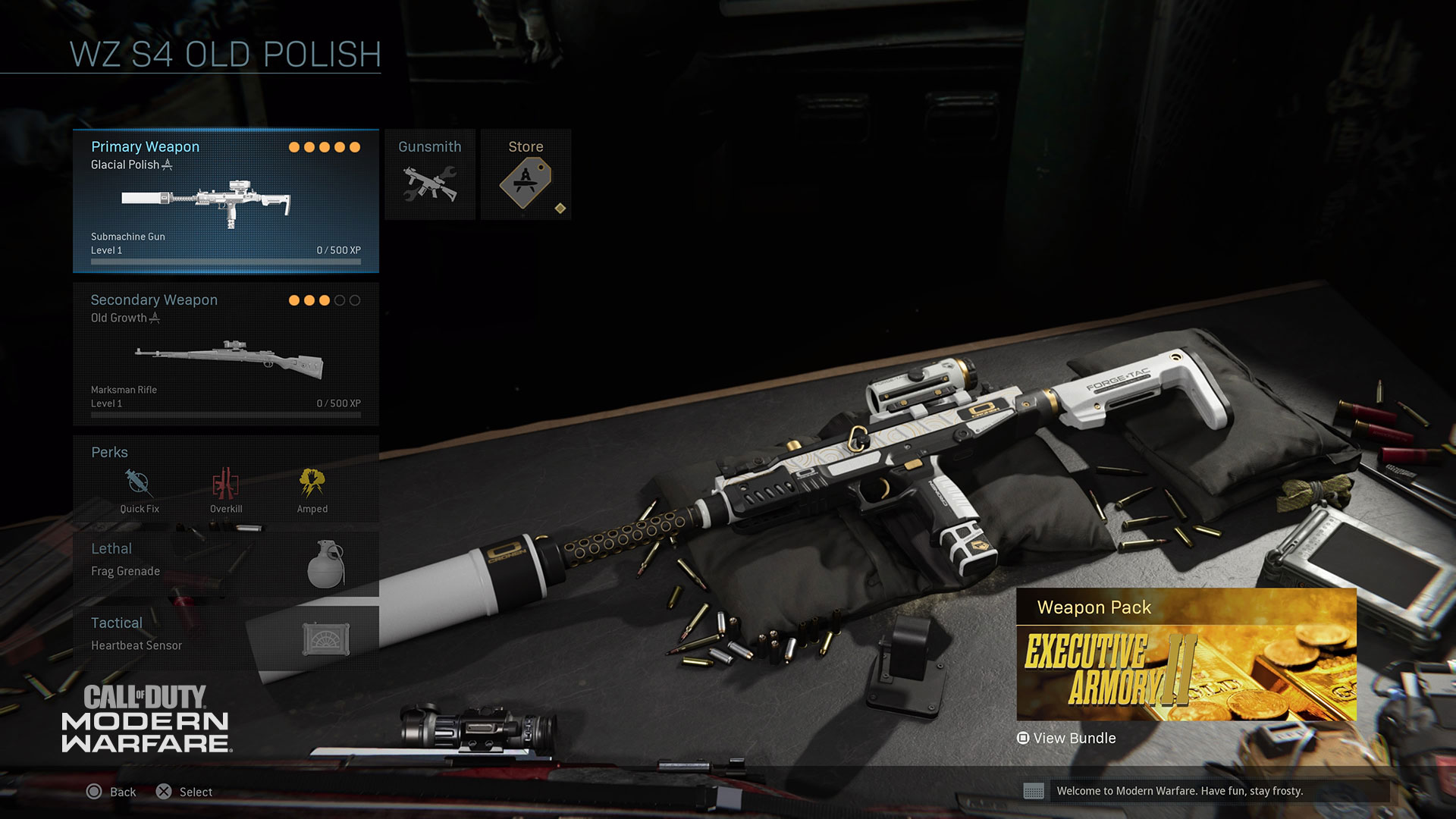 Although it’s a fantastic blueprint weapon, the Glacial Polish won’t outduel a sniper rifle at long distances, which is why our suggested loadout brings in the Old Growth to hit those gaps in coverage.

Complete this loadout with Amped for fast weapon swaps, a Heartbeat Sensor to help detect targets within a few dozen meters, and Quick Fix to allow for faster health regen, which is a boon in the free-for-all chaos of Solo games. 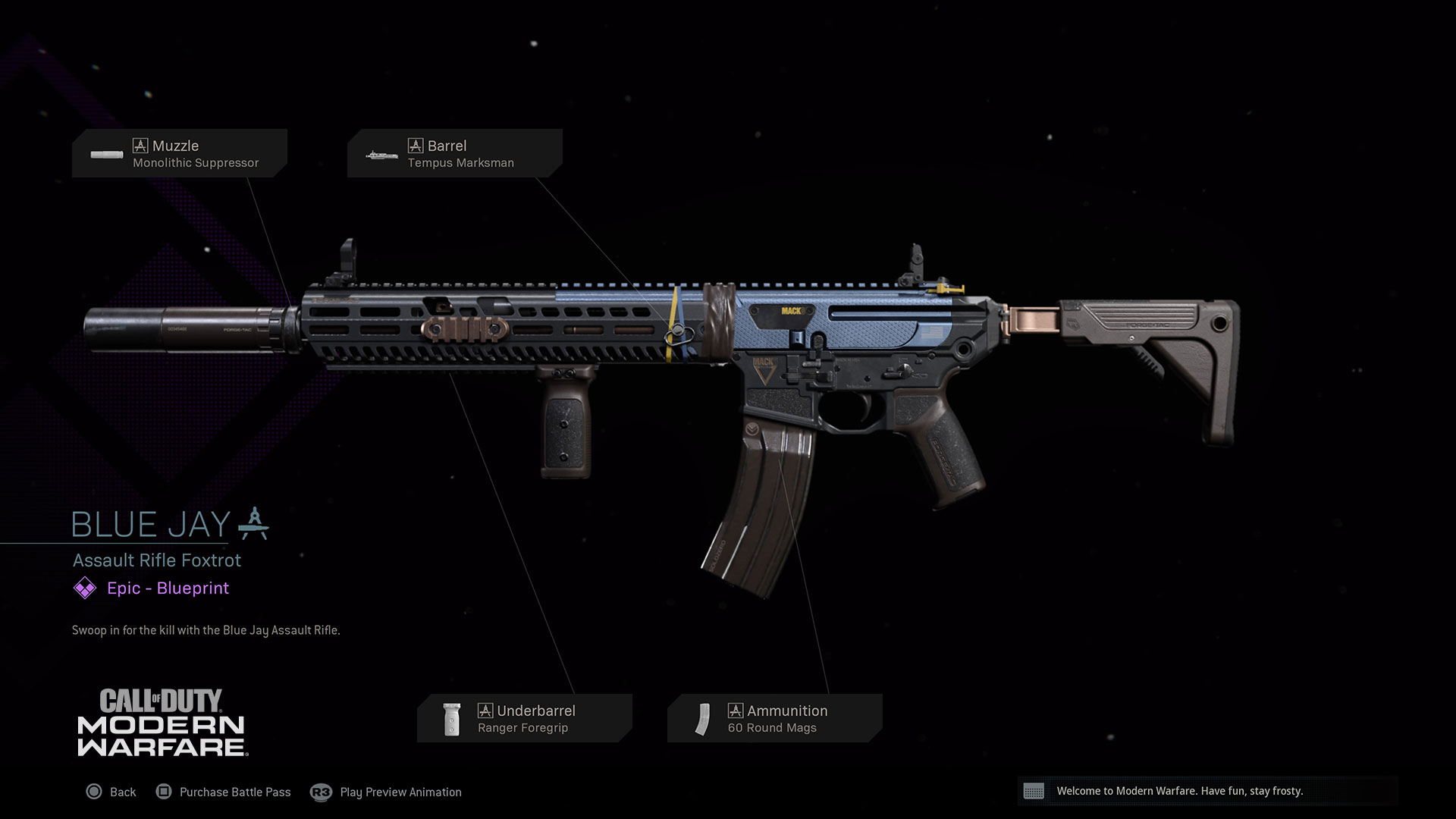 Blue Crew: Pairing the Blue Jay and the Azure Hammer

Stay cool under pressure and be your squad’s silent muscle with the Blue Jay, an Epic blueprint based on an assault rifle with a scorching rate of fire within its class.

Both the Tempus Marksman Barrel and Monolithic Suppressor extends this weapon’s range, with the former also giving recoil control benefits and the latter dampening acoustics when the weapon is fired.

The Ranger Foregrip further helps with recoil control, while 60 Round Mags gives the maximum ammo per magazine for this assault rifle. 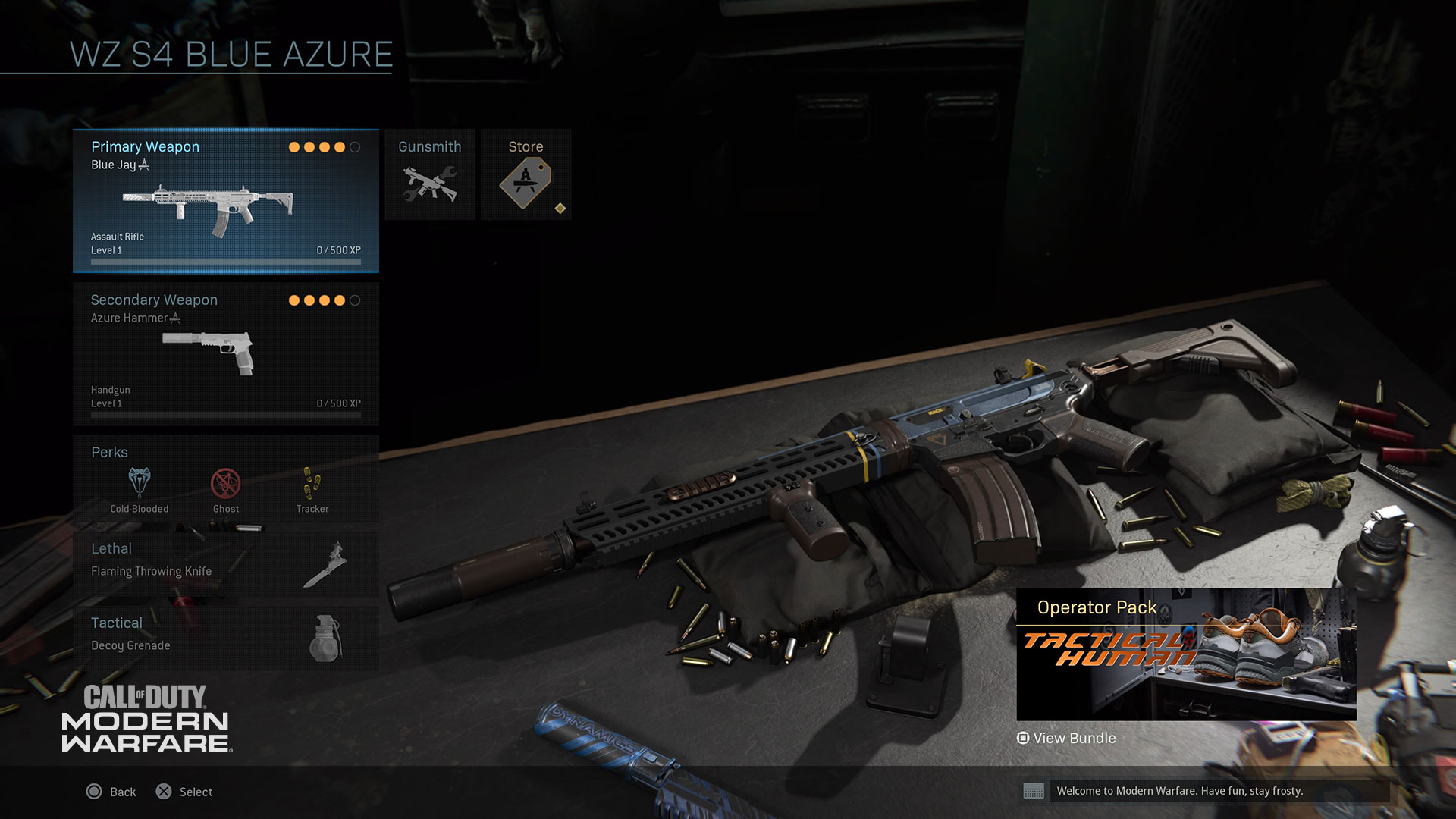 Another Battle Pass weapon that will keep you under the radar is the Azure Hammer, a sidearm with a more greenish-blue hue.

The rest of this loadout is built for a stealth Operator. Cold-Blooded and Ghost keep you off enemy radars, Heartbeat Sensors, and Thermal Optics, while Tracker allows you to stay hot on your enemy’s trail.

As for equipment, Throwing Knives will silently finish enemies and Decoy Grenades can distract as you go in for the squad wipe.