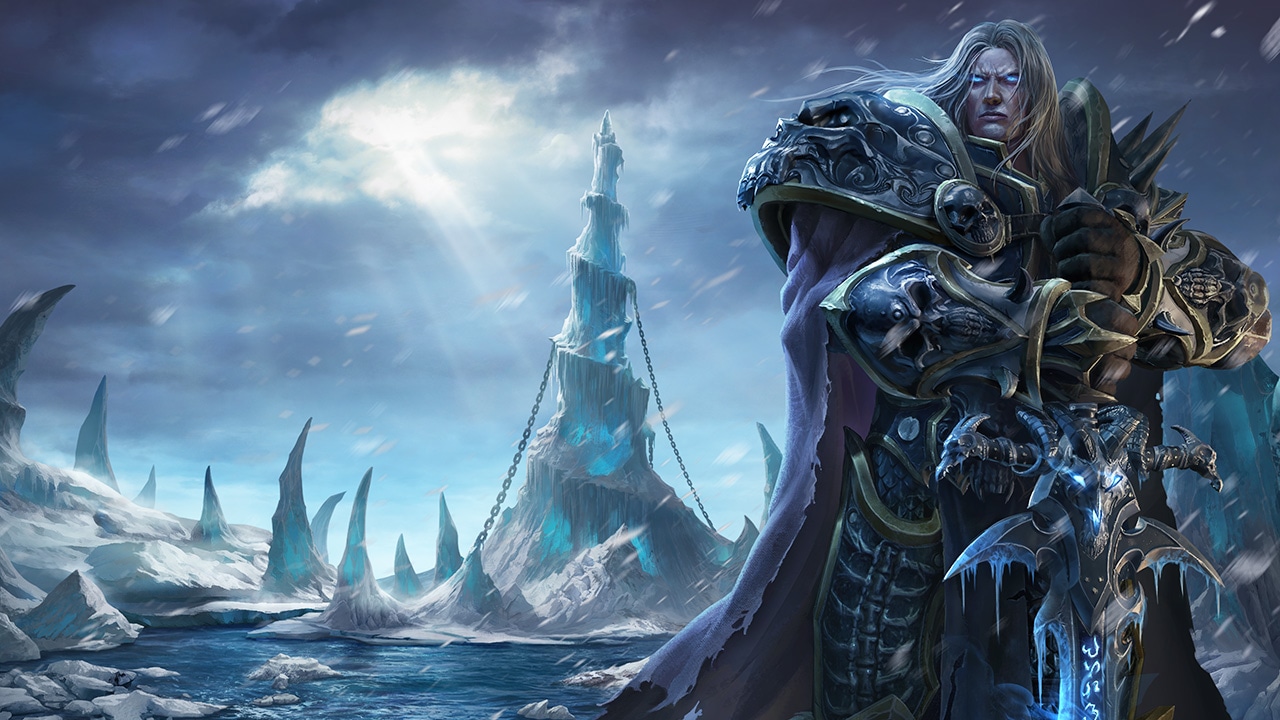 It’s been too long since we’ve shared an update on our team’s progress. After a challenging launch, we’ve been regrouping, listening to your feedback, prioritizing the things we need to do for the game, and building a plan to deliver on our next steps. While we’ve been quiet these past few months, know that there is a dedicated and passionate team that’s been hard at work on Warcraft III: Reforged behind the scenes. As our team works toward a roadmap that we can share in the near future; we’d like to start communicating more frequently and meaningfully about our plans, and what’s coming next for the game. Let’s kick that off right now, with the first in a series of articles diving into what the team is focused on.

Since launch, we’ve delivered a series of patches in an ongoing effort to continue fixing bugs and making quality of life changes across Warcraft III. These updates have come at a rate of at least once a month, and include fixes and improvements to art, gameplay, systems, and features across the game, including Campaign, Custom Game, and Versus modes.

Some of our most impactful bugs since legacy Warcraft III involve desyncs which occur when two or more players’ game clients get out of sync and force their game to end prematurely. Due to how disruptive these desyncs can be, a heavy emphasis will continue to be on finding and resolving the most common issues that are causing desyncs. In addition to actively approaching desync issues from different angles, we’re also developing a tool that will better arm us against future desyncs.

As with other Blizzard games, our team will also be releasing balance updates for Warcraft III. Our goal is to preserve classic strategies where possible while promoting increased strategic variety. Warcraft III is a hero-focused RTS (Real-Time Strategy game), and we want to celebrate that by providing opportunities for players to open with different Heroes while retaining the unique playstyles inherent to each race and the asymmetry between races.

Each of our balance patches will aim to ensure competitive integrity at the professional level while providing a variety of different strategies for new and returning players of all skill levels. Our first balance patch since launch will be coming to the Public Test Realm (PTR) for testing this week and will feature a bevy of updates. Check out the patch notes soon for all of the details, and don’t forget to provide your feedback once you’ve had a chance to play the changes on the PTR.

In parallel to these ongoing bug fixing efforts and balance updates, we’re also working to deliver features to the game, including Improved Matchmaking, Ranked Ladders, Profiles, Custom Campaigns, and Clans. While we’ve mentioned before that these features are in development, we wanted to start providing more details on the direction we’re taking with each, share some additional insights, and give players an opportunity to provide feedback. Up first, let’s talk about our ongoing improvements to Warcraft III’s matchmaking.

Matchmaking is the system we use to find and match allies and opponents of similar skill. To support this, player skill is tracked using a numerical representation called a player’s Matchmaking Rating, or “MMR” for short. A higher MMR reflects a more skilled player, and matching players with others of comparable skill using their MMRs keeps games as fair and fun as possible.

A player's MMR gets updated at the conclusion of each match, with the amount of points received being dependent on several factors that serve to determine their predicted win chance and an internal value called “variance.” We use variance to represent how confident our system is that a player is rated at the right skill level. When starting out, variance is high because the system doesn’t have enough information yet. Over time, as more games are played, this number will decrease. Higher variance means that there are larger swings in how MMR is adjusted after each match, while lower variance results in smaller MMR changes. Initially, our system will make large changes to MMR to get a player near their proper rating and then refine over time with smaller changes as more games are played. Consistent performance over time will allow a player’s MMR to move up (or down) as they win or lose games.

In a departure from the legacy version of Warcraft III, Reforged now has a per-race MMR in all modes except Arranged Teams which allows for more competitive matchmaking while freeing players to play their favorite races or learn new races without fear of impacting their overall MMR.

Also new, Reforged now features Global Matchmaking for all modes, which allows players to test their mettle against the best Warcraft III players around the world. While this addition is an exciting feature, we are aware of community concerns surrounding latency with Global Matchmaking. In reaction to this feedback, the team has begun rolling out a series of server updates which have reduced the number of high-latency games by over 60% since the week of May 4th. We will continue working to further reduce the occurrence of these high-latency games by implementing additional fixes in the coming weeks, so please continue to give us feedback on your experience.

Warcraft III has three primary matchmaking modes: 1v1, Team Games (2v2, 3v3, 4v4), and Free-for-All (FFA). The goal for all modes is to match players in a way that provides the best games possible while doing so in a reasonable amount of time. To accomplish this, the system starts by looking for a perfect match and slowly loosens its requirements over time if it can’t make that match. The parameters for finding matches and the way these restrictions are relaxed are different for each of the matchmaking modes, so let’s dive into each of them.

For team games, the system is slightly different to account for the fact that the outcome of a team game is not solely tied to the performance of an individual. Team Game players who watch MMRs closely will notice that it takes more games before their MMR settles into its proper range, and they’ll see larger MMR adjustments per game—and for more games—than in 1v1. Since the outcome of the game is influenced by others on the team, the system takes longer to dial in on an individual player’s skill.

One of our goals is to provide as many options as possible to allow players to play alongside their friends, and this means minimizing restrictions for party size and MMR. In service of this, players of any MMR can party up together so that—no matter your skill—you can always bring along a friend to play with. Players can also group up as a partial team, allowing friends to queue up together while the matchmaker finds other players to fill the remaining slots to complete the team. Players assembling partial teams will be rated by their individual MMR rather than their team’s MMR.

For the first time, the system will allow Random Teams to be paired against Arranged Teams. This is a departure from the precedent set in the legacy version of Warcraft III, so we wanted to share our thoughts behind this change. Pairing Arranged Teams solely against other Arranged Teams often resulted in very long queue times, especially for highly rated teams. These extended queue times often led to poor quality games, since teams would be matched against any available opponent once enough time passed. This change will help make more closely matched games more often, and we’ll be keeping an eye on things to ensure the right balance of match quality versus queue time.

Free-for-All (FFA) has historically had the most unforgiving matchmaking system as there could only be one winner and three losing players. This system felt inaccurate given that the “losing”’ players are issued similar penalties despite some surviving longer than others during a match. Victories also resulted in a single player gaining a lot of MMR, but all opponents’ MMRs decreasing. This tended to cause a disparity in MMR ratings which made it more difficult to match players up and resulted in increased queue times for everyone. With these challenges in mind, we have completely redesigned the way MMR is calculated for FFA games.

Instead of having one winner and three losing players, Free-for-All games have shifted to a placements system of 1st through 4th places. At the conclusion of a game, multiple calculations are run to determine how each player’s MMR will change based on both placement and the MMR of the other players in the game. This results in a more nuanced change to each players’ Free-for-All MMR which should keep players of similar skill levels closer to one another in MMR. These updates help inform more accurate adjustments in MMRs and cut down on player queue times by keeping players grouped better with competitors of equal or similar skill.

Moving to a placement system can raise concerns of potentially incentivizing players to prolong their play with unsportsmanlike tactics such as hiding buildings as an attempt to stay in the match longer. These problems have been inherent in Free-for-All since its inception and are challenging to directly address. Overall, we believe that by tying Free-for-All MMR changes to a placement system, we are actively encouraging players to finish off weaker ones, as each opponent defeated directly translates into higher MMR gains or reduced losses. As with all our other changes, we’ll continue to test and monitor these new systems to ensure that they work as intended and achieve our goals.

We’re excited to continue rolling out these matchmaking improvements, and moving forward, players can expect ongoing communications from us at regular intervals as we release patches. As part of those communications, we’ll have a series of feature deep dives and development updates like this one, as well as lighter looks at other aspects of the game and community. Our next feature deep dive will be focused on our upcoming Ranked Ladder system, so keep an eye out for the details on our plans in the coming weeks. We plan to provide a roadmap for our future releases as our work progresses, but in the meantime please continue sharing your feedback and know that our team is working hard to deliver features, bug fixes, improvements, and balance updates as we strive to make Warcraft III: Reforged better with each release.