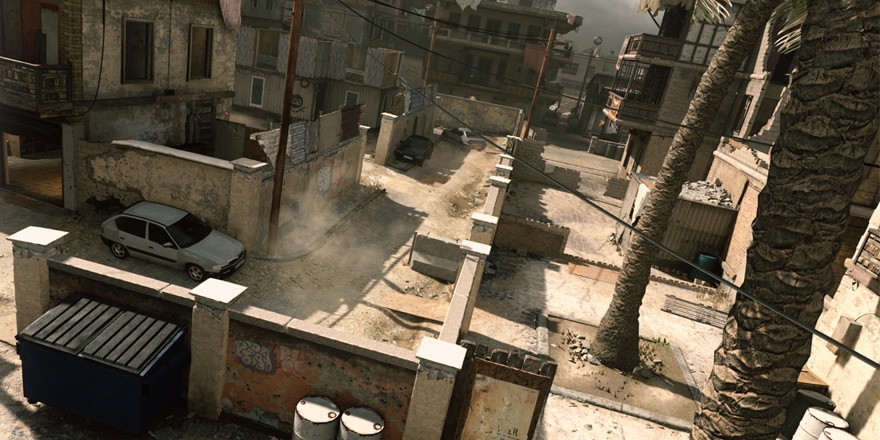 Remastered and brought into 2020, this classic map is just the way veterans remembered. Check out your day one intel on Talsik Backlot.

Straight out of Call of Duty® 4: Modern Warfare®, Talsik Backlot takes the classic Backlot design and remasters it for PC. While those who sank hours into the original will find their old strategies work just as well, some of the new mechanics within Modern Warfare allow newcomers to compete alongside these grizzled veterans.

Here’s our breakdown of Talsik Backlot, from East Street to West Street and everywhere in between:

The Kushaak construction company’s latest project is now idle in the middle of Urzikstan due to the growing conflict. Before the war, this vibrant urban community was in the middle of renovations, with its center getting a new multi-floor building.

When the world shifted, this Backlot was forcibly abandoned. During the evacuation, one building on the North side of town crumbled and caught fire, heightening the chaos in the region.

As a member of the Coalition or Allegiance, your objective is to secure the area before members of Al-Qatala claim it for their own. Talsik Backlot is a medium sized, building dense map with 20 named zones. Let’s break down some tips so that you can dominate in all of them.