On this National STEM Day, we want to look back on our second summer as a Girls Who Code Summer Immersion Program partner and sponsor. In June, Blizzard welcomed 20 rising high school juniors and seniors to campus this summer to aid in the mission of closing the gender gap in technology. It marked the second year in a row that Blizzard partnered with the national nonprofit to host students on-campus for the seven-week course to learn computer science, get exposure to tech jobs, and join a supportive sisterhood.

The progress the students made in their technical ability while on campus was astounding as evidenced by their sophisticated and mission-oriented final projects — from an inclusive LGBTQ+ friendly dancing simulator game to a smart and culturally-sensitive travel site, to an incredible feat of software and hardware engineering in a tactile braille translator!

Check out the week by week breakdown to see what the students learned and how they grew over time!

Week one was all about introductions — the 20 Orange County high schoolers met each other, their Girls Who Code instructors, and familiarized themselves with the Irvine campus. The Customer Service Tours Team took them on a campus tour and showed them the museum, the library, and statues to help them situate and landmark themselves on campus. 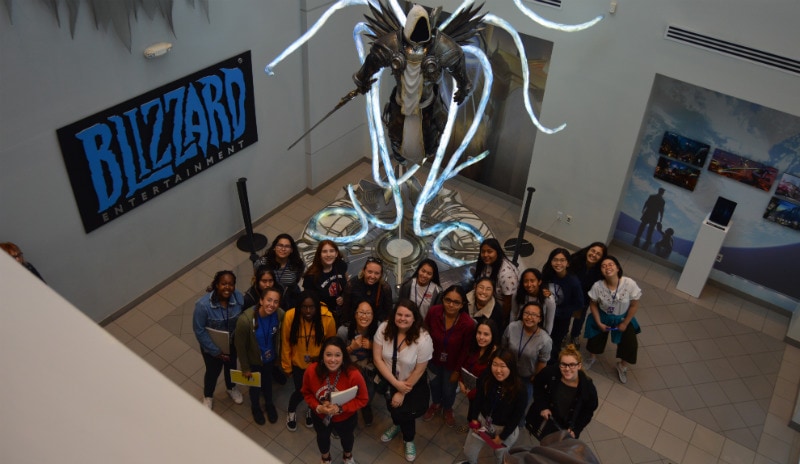 It wasn’t long before they dove right in: they soon met the women engineers behind World of Warcraft, chatting tools and gameplay, and heard from a panel of Overwatch developers to discuss career paths in games and tech.

In the classroom, the students learned all about the building blocks of programming from loops and variables and functions, to Scratch!

Mentorship began in week two and continued through the end of the program. Individual mentors were female Blizzard employees that work in a technical role. Mentors and their Girls Who Code students met once a week, discussing work life, games, college majors, and career paths over lunch in the courtyard and coffee in the cafe.

Back in the classroom, the students made progress on Python, honing their skills with the programming language and putting it to the test in project demos. They also continued to meet inspiring female leaders on campus and attended talks with leadership from Engineering, Art and Design disciplines about their career paths in game development.

The students were also able to put their classroom learnings (web development and coding) into real practice with field trips around the Blizzard campus. One such field trip was to the Story and Franchise Development team, where leadership welcomed the students with a presentation and Q&A. There, the girls met with various teams to learn about the different systems and tech used by Blizzard Animation, and even got the chance to play in VR!

As the weeks progressed, the girls grew closer in sisterhood and more confident in their coding abilities. They were able to put their teamwork to the test while working in groups on their final projects.

The program concluded with a graduation ceremony for the students where their friends and families, Blizzard leadership, and the over 100 Blizzard employees who offered their expertise and mentorship over the course of the program, came to celebrate their summer achievements. From stepping on campus with barely any coding experience, to leaving with lifelong friends and serious STEM skills under their belt, the event burst with pride. 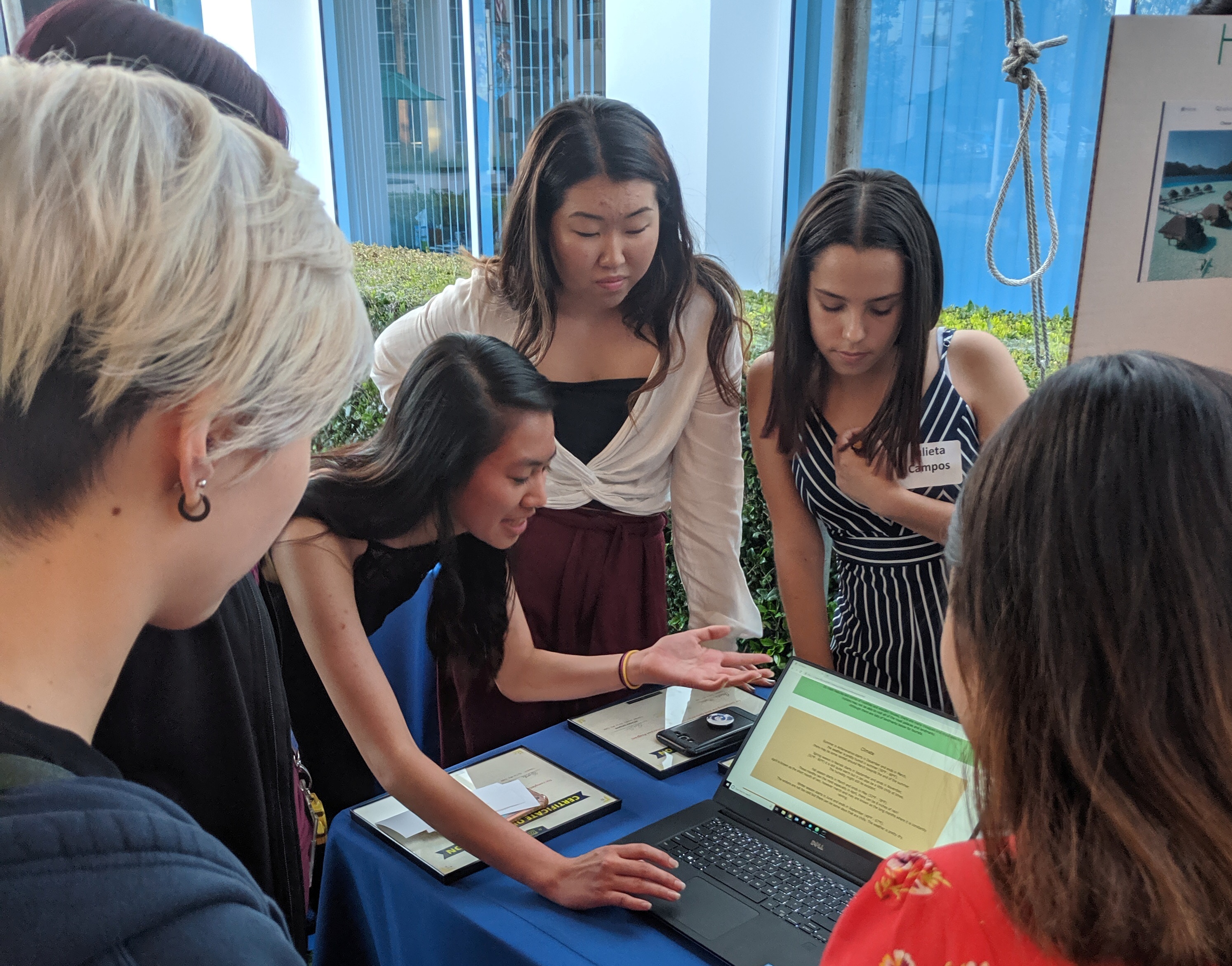 Lydia Bottegoni, Vice President of Story and Franchise Development at Blizzard, who had met the students over the program, providing advice and mentoring them through their projects, delivered the commencement address. Students also voted and selected one of their peers to take the stage and address the teachers, mentors, friends, families that supported them throughout the course, as well as each other. After, the students took center stage to present their projects, each of which was a product of their STEM education with a mission tied back to one of Blizzard’s core values. Guests were then treated to live demos of the student projects, where friends and family gathered to play games, talk tech, and understand the unique missions behind each project.

“Especially on a day like National STEM Day, to look back at the progress each group of girls makes every year in the Summer Immersion Program in their technical abilities is astounding — not to mention how fun it is to see them connect as friends,” said Kamini Tiwari, Director Global Internal Communications and Philanthropy. “We’re so proud to give these fantastic minds a place to learn, grow, and bond, alongside the Girls Who Code organization.”

At Blizzard, we were honored to host the Girls Who Code students and know they left the program empowered to tackle problems both in and out of STEM with their honed technical skills, bolstered self-confidence, and supportive network of friends and mentors.

Take a look at the incredible summer we all had together:

At Blizzard, every voice matters, and bold and courageous voices like the Girls Who Code are essential to advancing technology. We invest in programs like Girls Who Code because we know a future led by them, is a better future for everyone. We look forward to hosting more brilliant and innovative minds! Interested parties can visit the Summer Immersion Program Girls Who Code website to learn more and find out when to sign up!