The Global Finals are here!

After a memorable year of competition, 16 competitors battled for a spot in the Round of 8 at BlizzCon. The top 8 players from the Circuit and the top 8 from the GSL met at the WCS Global Finals Opening Week in Seoul, Korea. Here’s a look at the players who made it to BlizzCon, and how they’re seeded into the bracket. 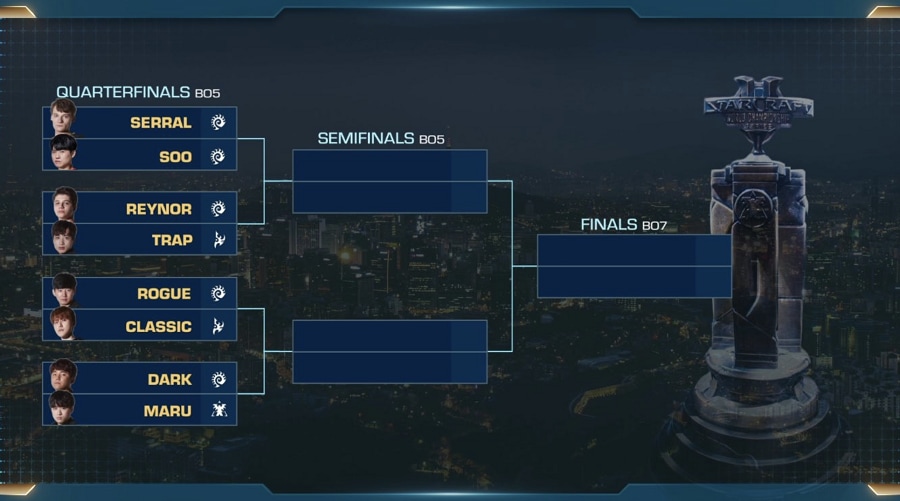 As always, English-language coverage will be available on our official Twitch channel, brought to you by our English broadcast team. 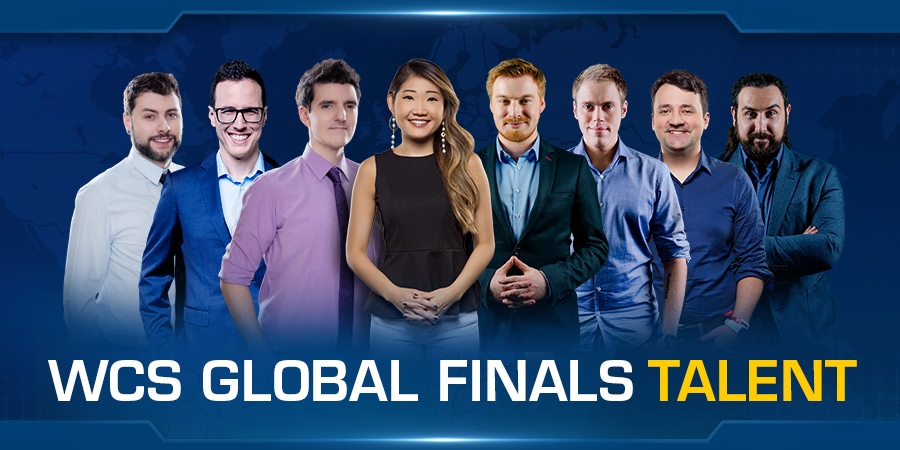 After a full year of intense competition, only 16 competitors remain. The top 8 players from the Circuit and the top 8 from the GSL will meet this week the WCS Global Finals Opening Week at the AfreecaTV FreecUp studio in Seoul, Korea. Here, they will be divided into GSL-style, double elmination groups - where they will fight for the right to attend the Grand Finals at BlizzCon on November 1! Two players from each group will advance to the Round of 8... and the rest will go home.

For more information on the Opening Week groups, check out https://blizz.ly/GroupHype.

VODs for each of the matches can be found on our YouTube page.

*Daylight Savings is October 27 for Europe