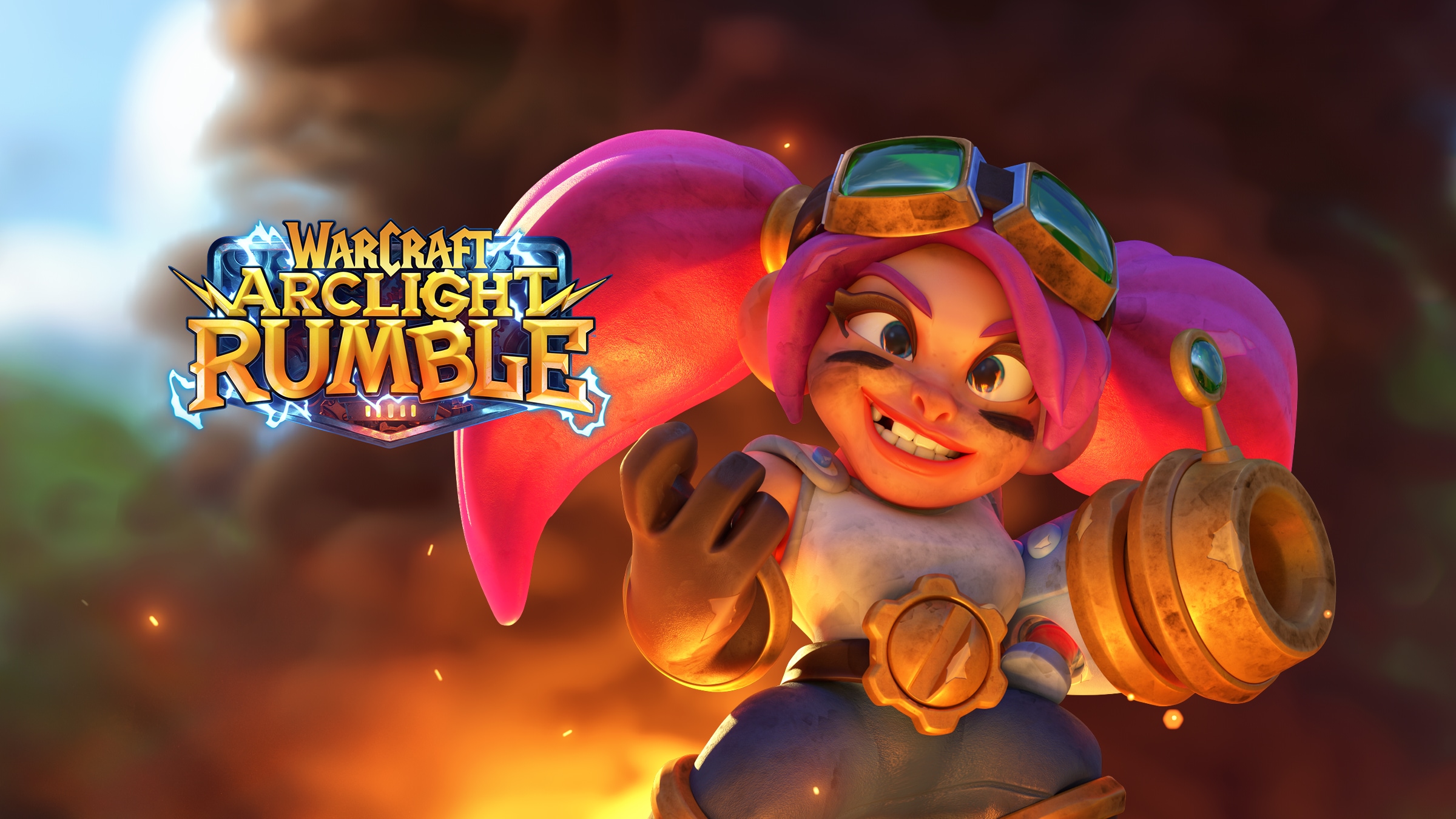 Join us in a new lighthearted and whimsical game where you’re in command. Easy to learn but hard to master, Warcraft® Arclight Rumble™ tests players’ ability to create miniature armies to effectively overcome each mission’s unique challenges.

Designed from the ground up for mobile and set in the beloved Warcraft universe, Warcraft Arclight Rumble invites players to build armies with their favorite heroes and villains from Warcraft and battle it out in exciting scenarios designed to test their tactical wits.

In the fantasy world of Azeroth, Warcraft Arclight Rumble is a dazzling new sensation that’s sweeping inns and taverns across the land—a wonderous mechanical amusement machine powered by the mad wizardry of gnomish engineering, where Azeroth’s greatest heroes and most fearsome villains come to life in miniature to do battle.

Build your forces from collections of minis, starting with your armies’ Leaders—which include Warcraft notables like the Warsong chieftain Grommash Hellscream and Archmage Jaina Proudmoore—and fill in your rosters with rank-and-file Troop minis and powerful Spells. Each single-player mission presents its own distinct, strategic puzzle to solve, and players will have to nimbly adapt their tactics in real-time to overcome these frantic challenges.

Check out our gameplay overview for more details.

Pre-register on the Warcraft Arclight Rumble official site today. Android users can also pre-register for beta by visiting the Google Play store now. Stay tuned to the official site for information on when the beta becomes available to iOS.