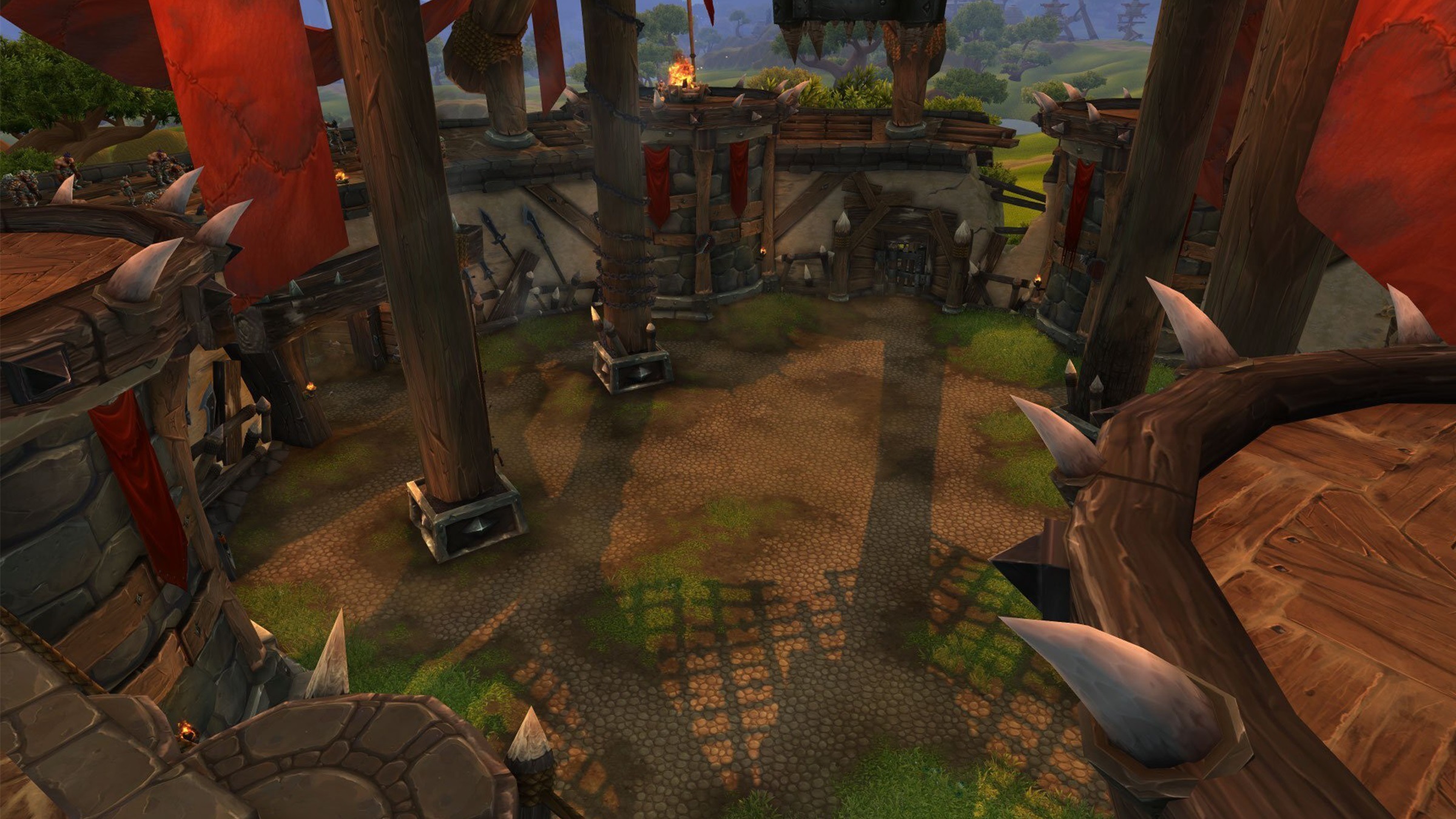 For a long time now, those two words have been a rallying cry for parts of the PvP community whose appetite for World of Warcraft Arena is insatiable. We’ve been reluctant to simply apply a solo queue wrapper around the existing Arena format for several reasons. But we’ve never stopped asking ourselves how we could provide a solo queue experience without falling prey to the problems we foresee with it. Today, we’d like to share more information and insights on an idea we’re experimenting with in a future brawl called “Solo Shuffle.”

First, we’d like to talk about the reasons players want solo queue Arena, as we understand them. Many players have a general love for Arena, but their regular partners are not always around to team up. While the Group Finder is available, players have given us feedback that it can take too long to find suitable partners with the tool.  While we are working on improving Group Finder, we acknowledge that there are times players just want to press a button and start playing.

Of course, such a solution exists in Skirmishes. Players can queue for Skirmishes either solo or in a party and quickly participate in an Arena match to receive Honor and Conquest. But for many, Skirmish isn’t an appealing option. Certainly, part of the appeal of Arena is the higher stakes at play when you put your Rating on the line each time you queue up for a match. Seeing your rating increase after a big win is a fundamentally different form of progression than earning Honor or Conquest to purchase equipment. Gear upgrades are also a likely contributor as while Skirmishes do reward Honor and Conquest, they do not offer rating required to increase the item level of your gear. In general, across World of Warcraft, the best gear rewards are offered from content that requires premade groups (Raiding, Arena, Rated Battlegrounds, Mythic+) and not queued activities (Raid Finder, Raids, Heroic Dungeons, Battlegrounds, and Skirmishes).

So, while we understand the desire to have a solo queue Arena, we have some reservations about adding it to the existing brackets (2v2, 3v3, RBG) based on observations from WoW and other games. For example, while it's very likely that a solo queue solution will increase the overall participation in arenas, it will also mean players won’t need to form groups to participate. While systems like Dungeon Finder and Raid Finder have made content much more accessible, players have also given feedback on the impact those systems have on the social element of the game. Queued systems can make other players feel more dispensable since replacements are only a few button clicks away. The process of assembling a group for an activity provides immeasurable value to the social dynamics of a game like WoW. As such, we prefer to keep the preformed group requirement in place for the 2v2 and 3v3 brackets.

Another concern is the impact that team composition can have on the fairness of a match. Players want their skill and commitment to be the primary reason for their success or failure. In WoW, characters are defined by their classes. When you queue for an activity in WoW, you are playing a specific class and cannot change in response to what your teammates are playing. Arena gameplay is defined by class synergies and certain combinations are inherently stronger than others. For example, suppose there’s a match between two teams each with equally rated Rogues. On one team, the second DPS is a Mage while the other team has a Death Knight. One of the Rogues is going to feel like the matchmaker did them a disservice. If you replace the Rogues with Windwalker Monks, the evaluation of the Mage and Death Knight change considerably. While the response to this problem might be to build a sophisticated matchmaker that takes this all into account, in our experience, there will still be situations where less than ideal pairings occur.

So, we want to put forward a new idea for solo queue that we think addresses the problems above in a unique and novel way. Our idea is a new bracket we are tentatively calling “Solo Shuffle.” This bracket is solo queue only. Each time you hit the queue button, you’re placed into a cohort of 6 players comprised of 2 Healers and 4 Damage-dealers. The cohort will then play 6 rounds comprising every possible combination of teams made up of 1 Healer and 2 Damage-dealers. Players will have to adapt to a wide variety of team compositions, but so will their opponents. So, in the case above, both Rogues will end up playing with the Mage and both Rogues will end up playing with the Death Knight. After all 6 rounds are completed, players will earn or lose rating based on the results. So, a player who wins all 6 rounds will earn more rating than a player who only wins 3 rounds.

To illustrate further, let’s say there are two healers a Holy Paladin and a Resto Shaman, and 4 DPS Rogue, Warlock, Mage Hunter. The 6 rounds will play out as below:

Of course, 6 rounds of traditional 3v3 Arena has the potential to take a considerable amount of time. When players queue up for an activity, we’d prefer it not to require over 30 minutes of their time. The longer the activity goes, the less likely people are to queue for it and the more likely they are to abandon a match in progress. So, there will be some fundamental differences in Solo Shuffle that force the games to end quicker. Naturally, the lack of coordination from premade groups will likely result in faster kills but to help ensure each round resolves in 2-3 minutes, there will also be some rule changes:

We’re approaching this idea carefully as adding a new format to PvP is a big commitment. Our intent is to implement this idea as a PvP Brawl first, so we can experiment with the format, discover any problems, and receive your feedback. If the format is well-received during the brawl, we can dig into the plan for rating changes, dealing with people abandoning the match, how the ladder will work, and rewards. This article is the first step in that process so please share your thoughts with us in our forums or @WarcraftDevs on Twitter.

—The World of Warcraft Team