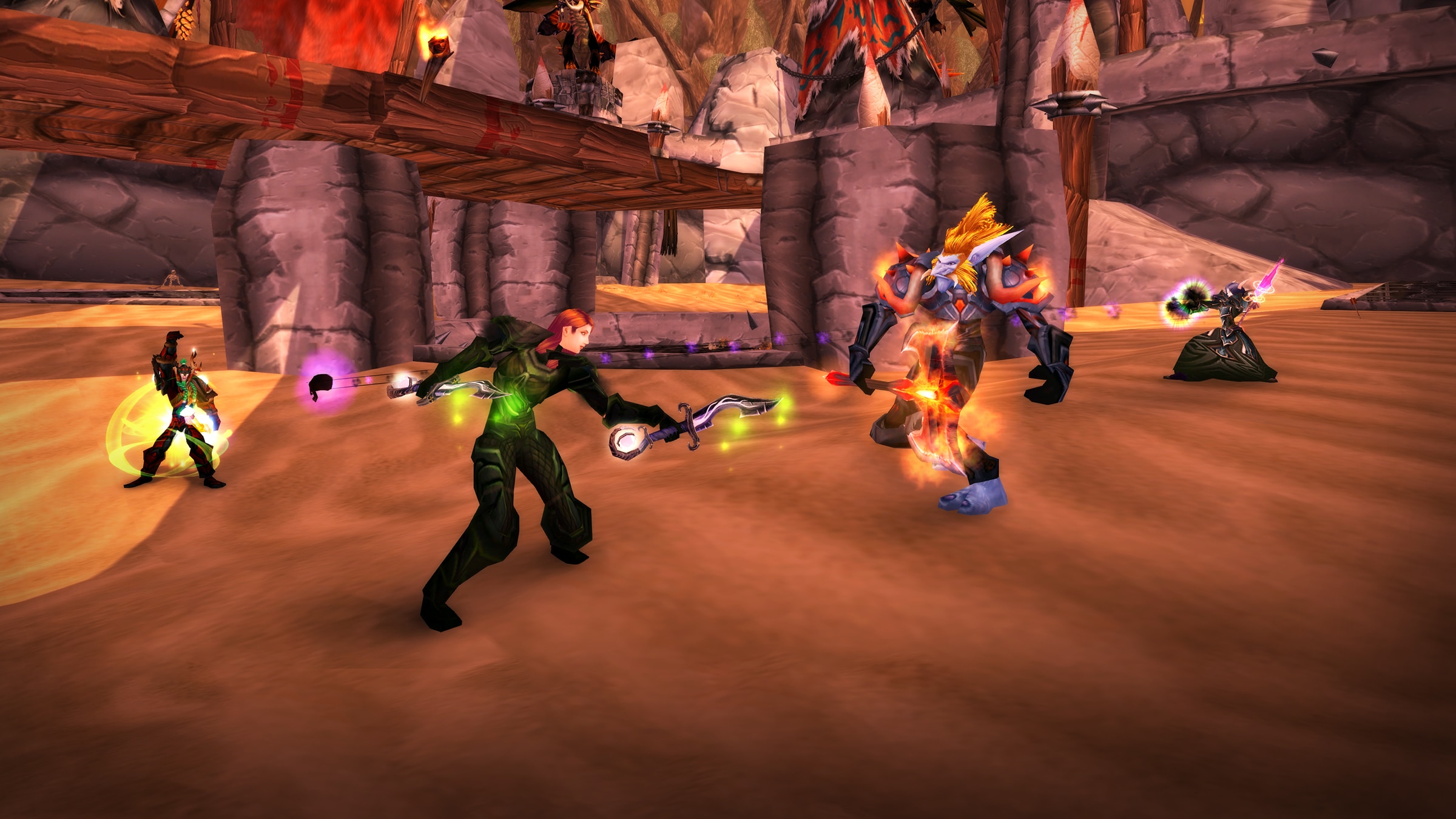 Are you ready to rumble? Burning Crusade Arena Season 1 has begun calling forth the finest combatants in all of Outland to converge and compete in three arenas—Ring of Trials in Nagrand, the Circle of Blood in Blade’s Edge Mountains, and the Ruins of Lordaeron above Undercity.Up for grabs are gear, mounts, title rewards, and most importantly—immortal glory. Step into the arena, champion, and test your mettle.

If you’re not familiar with how the Arena system works, read our article on the honor system updates for Burning Crusade Classic.

Once you have your team of 2, 3, or 5 players ready, you can queue for arenas by talking to an Arena Battlemaster. All Arena Teams begin at 0 team rating and must climb their way through the ranks. Communication and coordination is key!

Arena points—the currency required to purchase Arena gear—are awarded during the weekly reset and are based on the team that earned the most points. To qualify for Arena points, your personal rating must be within 150 of the rating of your team, with at least 10 games played, and you must have participated in 30% of your team’s games the previous week.

Once you earn Arena points, various vendors will make their wares available to you. Travel to the Ring of Trials in Nagrand, Circle of Blood in Blade's Edge Mountains, or Area 52 in Netherstorm to find them.

At the end of each Arena season, eligible players get rewards based on their rating. Season 1 features a unique title—the “Infernal Gladiator”— and players who reach the top of the bracket in their region will receive seasonal rewards as follows:

In addition, recipients of the Infernal Gladiator and Gladiator titles will also receive a Swift Nether Drake mount—an extremely fast flying mount only available during Season 1.

To qualify for a seasonal reward, your personal arena rating needs to be within 100 points of your team’s rating, and you must have participated in 20% of your team’s games.

Players will need to win at least 50 games to qualify for a seasonal reward. Once a season has ended and a new one begins, the previous season's Arena gear can be purchased without the requirement of a specific rating.

The Arenas await you. It’s time to earn your place among legends, champion.