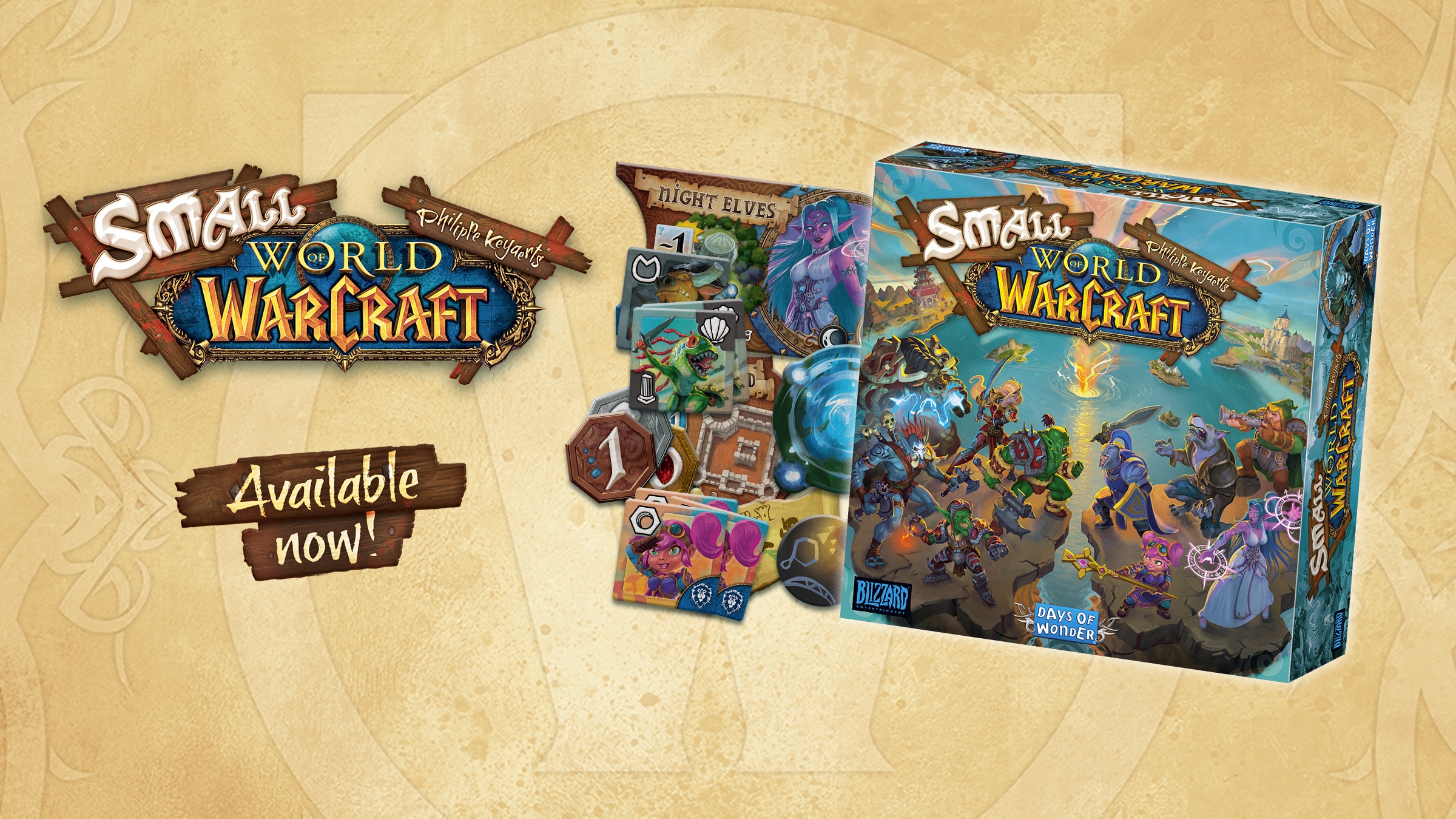 Blizzard Entertainment is excited to announce their first collaboration with Days of Wonder by introducing Small World® of Warcraft®, a new board game combining the Small World® game mechanics with Blizzard’s celebrated Warcraft® universe.

Small World of Warcraft is set on the fantasy world of Azeroth, where the races of the Alliance and the Horde—including Orcs, Dwarves, Trolls, and Worgen— clash in a world-consuming conflict.

In Small World of Warcraft, players choose combinations of special powers and races from the Warcraft universe, such as Portal Mage Pandarens or Herbalist Goblins, and vie for control of Azeroth. To help them achieve dominance, players will occupy legendary terrains and seek control of powerful artifacts. However, all empires must eventually fall, so players will need to be ready to put an overextended race into a state of “decline” and lead a new one to rule Azeroth.

Blizzard and Days of Wonder worked closely to create a game that seamlessly brings together both universes. Small World of Warcraft features a variety of new and exclusive artwork that captures the feel of the colorful and vibrant Warcraft universe, with races and special powers designed to be familiar to the millions of WoW® players around the world who’ve explored the far reaches of Azeroth.

To learn more about the game, please visit the dedicated website.

The game is now available at a selection of partners in different languages: