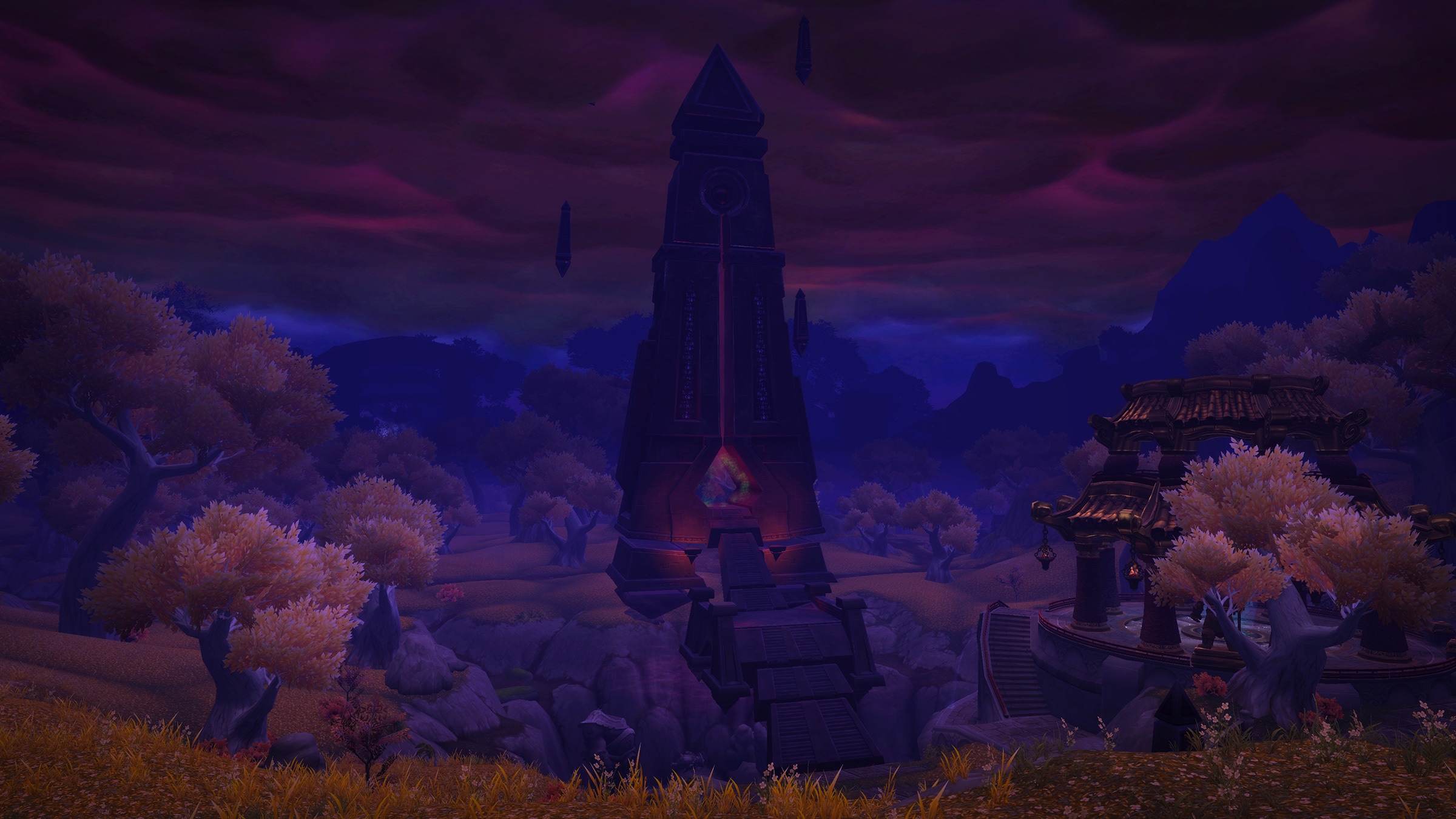 Season 4 has a new affix—Awakened. While the Awakened affix is active, players will discover obelisks throughout the dungeon, which will pull players through the veil to the shadowy world of Ny’alotha. There, players will confront a powerful servant of N’Zoth which they must defeat or the servant will join forces with the final boss in the instance. Once the lieutenant has been taken down, the party will be returned to their regular reality in the location they’re currently standing in.

Item levels of rewards from level 120 Normal, Heroic, and Mythic dungeons have been increased by 30 and can now be corrupted by N’Zoth. Baseline rewards are now item-level 400 from Normal, 415 from Heroic, and 430 from non-Keystone Mythic dungeons. During the first week of Season 4, rewards from end-of-run chests will be capped at item-level 445 for Mythic Keystone at +6 difficulty or PvP Rank 2, and the reward cache will contain a Season 3 reward. With the start of the second week of Season 4, the weekly cache will not be affected by the cap, and will reward Season 4 items at higher item levels.

Season 4 brings new player-versus-player content including the new Teeming Islands Brawl. This large-scale battle brings together two teams of 10 on an island overflowing with powerful creatures. This Brawl brings an additional challenge to the shores of PvP Island Expeditions by increasing the total amount of players from six to 20 on the biggest Islands (Havenswood and Jorundall).

Learn more about the Season 4 updates in our official notes. Join the discussion on the forums.