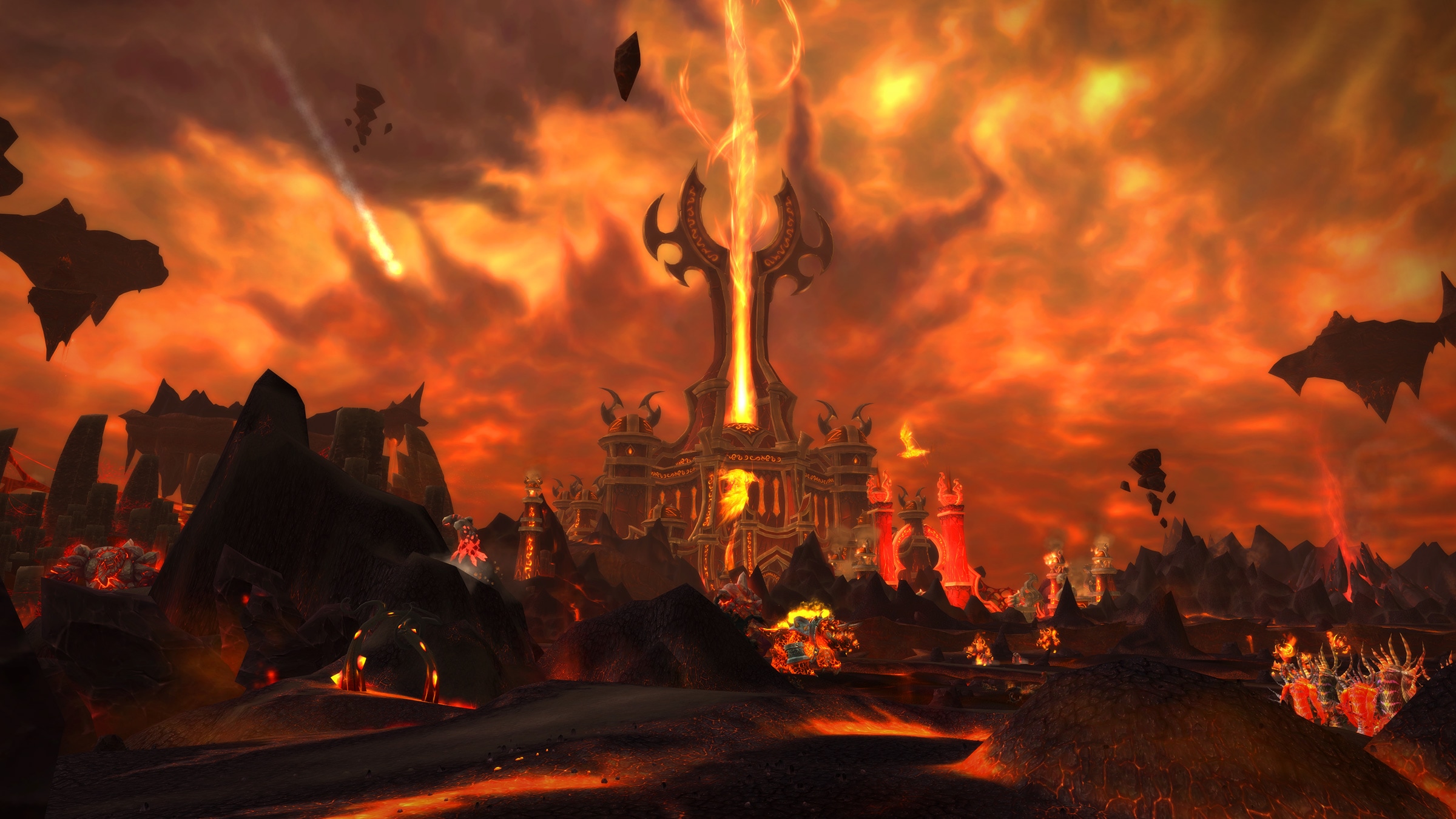 Lost City of the Tol'vir
The Lost City of the Tol’vir is the stronghold of the Neferset, a faction of the cat-like tol’vir who swore fealty to Deathwing in exchange for a cure to the curse of flesh, which had turned their rocky hides to soft skin. With the affliction expunged, the tol’vir have rebelled against the benefactor, although they remain irrevocably twisted and hostile due to the dark pact they made.

Blackrock Caverns
Rumors suggest that Deathwing himself carved out the subterranean labyrinth that allows the Twilight's Hammer to secretly transport elementals from the majestic Mount Hyjal to Blackrock Mountain. A vital hub of this shadow network is Blackrock Caverns, site of the cult's blistering forge and some of its most heinous experiments, including the transformation of cultists into twilight dragonkin.

Look for the following all week long:
Caretaker Kah-Toll in Oribos has a quest for you–A Shattered Path Through Time. You can also start the quest from within the Adventure Guide (Shift- J).
Quest Requirement: Complete 5 Timewalking dungeons.
Rewards: One loot box containing a piece of gear from Normal difficulty Sepulcher of the First Ones.