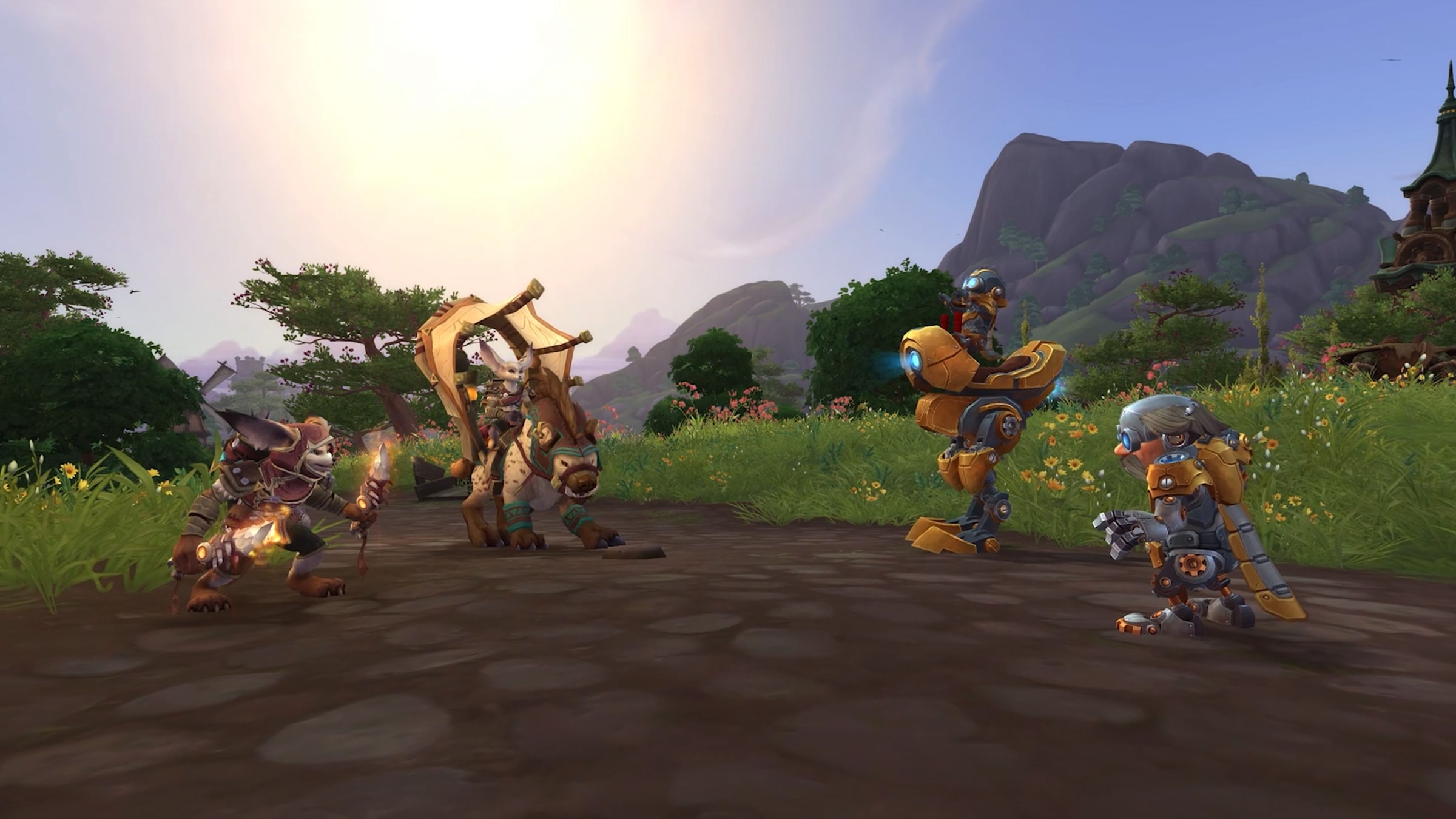 The Old God N’Zoth has been unleashed from his titanwrought prison, and an ancient corruption has taken root across Azeroth, turning friends into foes and trapping warriors’ minds in nightmare visions of a hopeless future. As despair and madness consume the land, the heroes of the Horde and the Alliance will need to fight for their sanity—and the fate of their wounded world in this content update.

The Visions of N'Zoth content update is packed with new features, including two new Allied Races—the fox-like vuplera (Horde) and the crafty mechagnomes (Alliance); the introduction of Assaults and N'Zoth's Horrific Visions; new Corruption-tainted weapons and gear, a new legendary cloak to craft and upgrade—Ashjra'kamas, Shroud of Resolve; raid that takes you into the heart of the Black Empire— Ny'alotha, the Waking City; and much more. 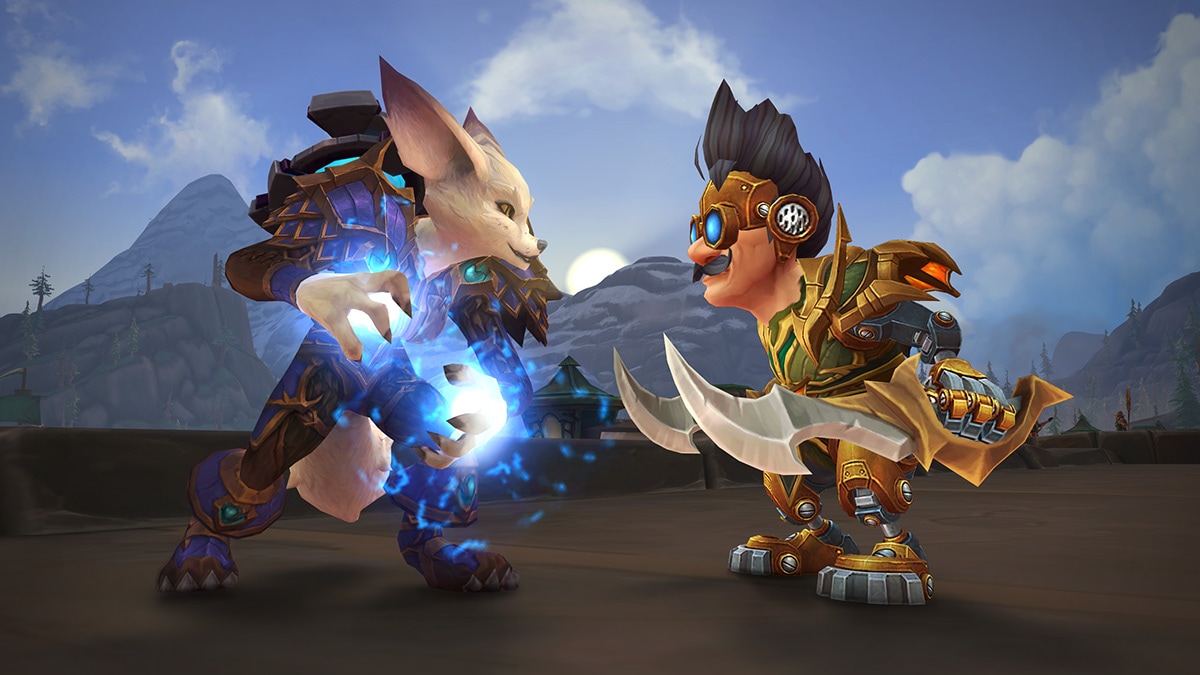 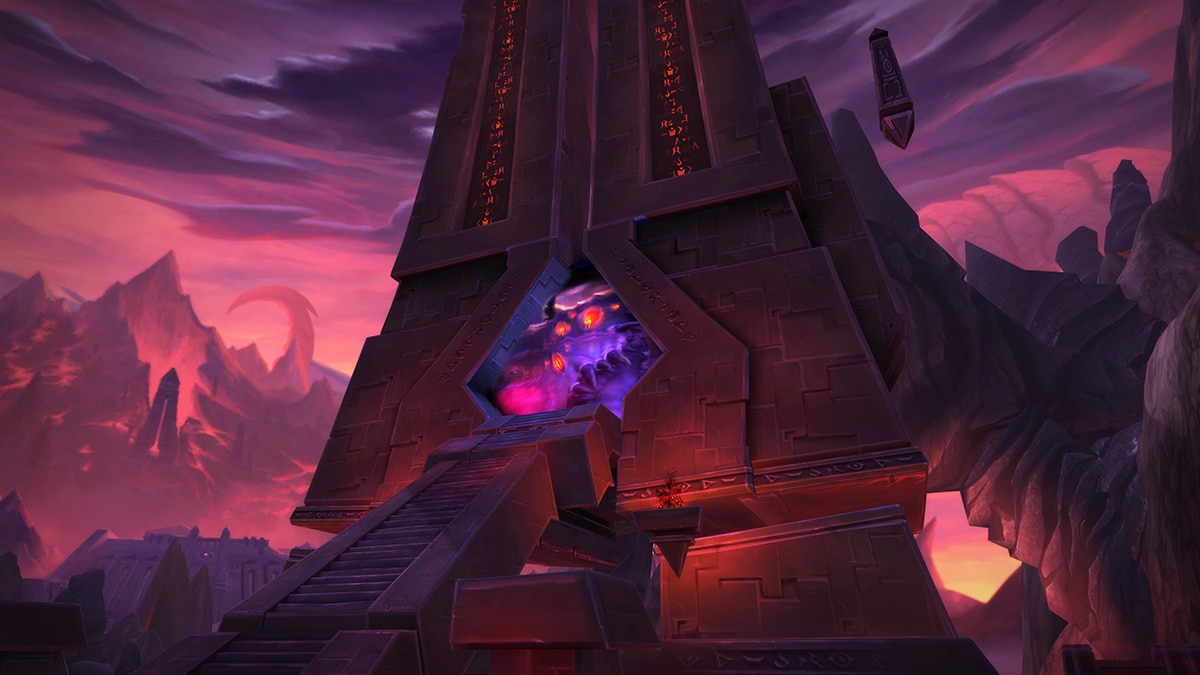 Delve into where nightmares dwell in Ny’alotha, the Waking City, set in the Void-shrouded heart of the ancient Black Empire. Confront mad heralds and inscrutable horrors, and ultimately go eye-to-eyes with N’Zoth himself in a fateful battle for Azeroth’s survival. [LEARN MORE...] 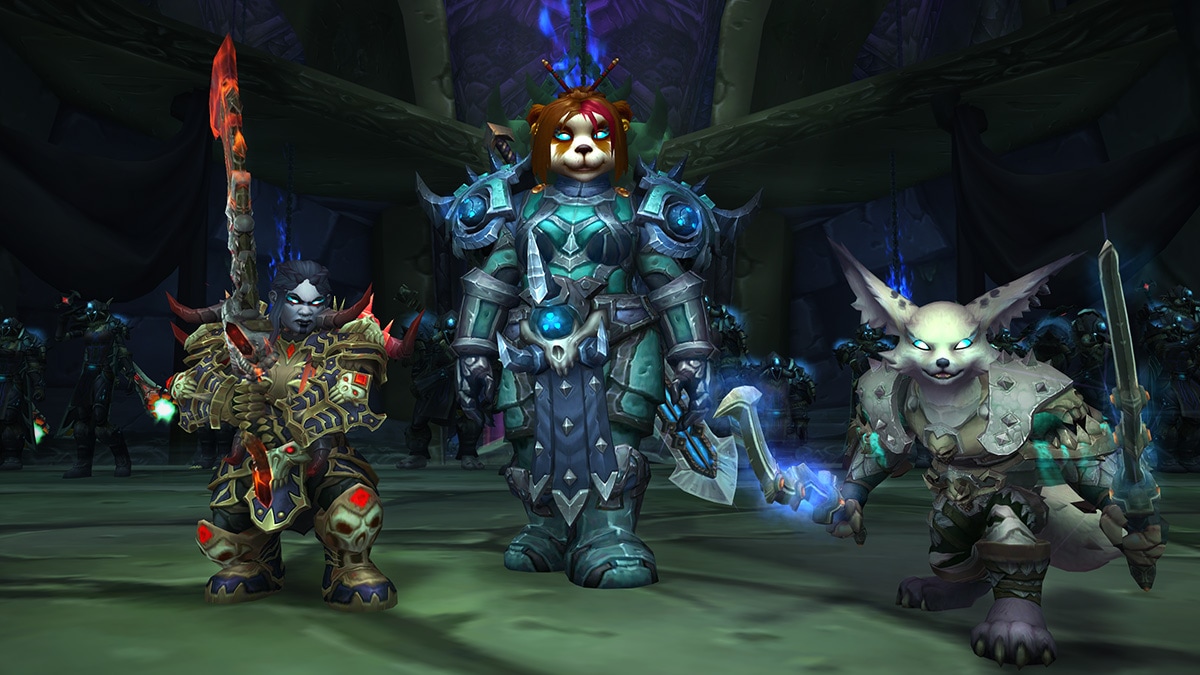 The restless spirits of pandaren and Allied Races can return to the mortal plane as Death Knights.[LEARN MORE...] 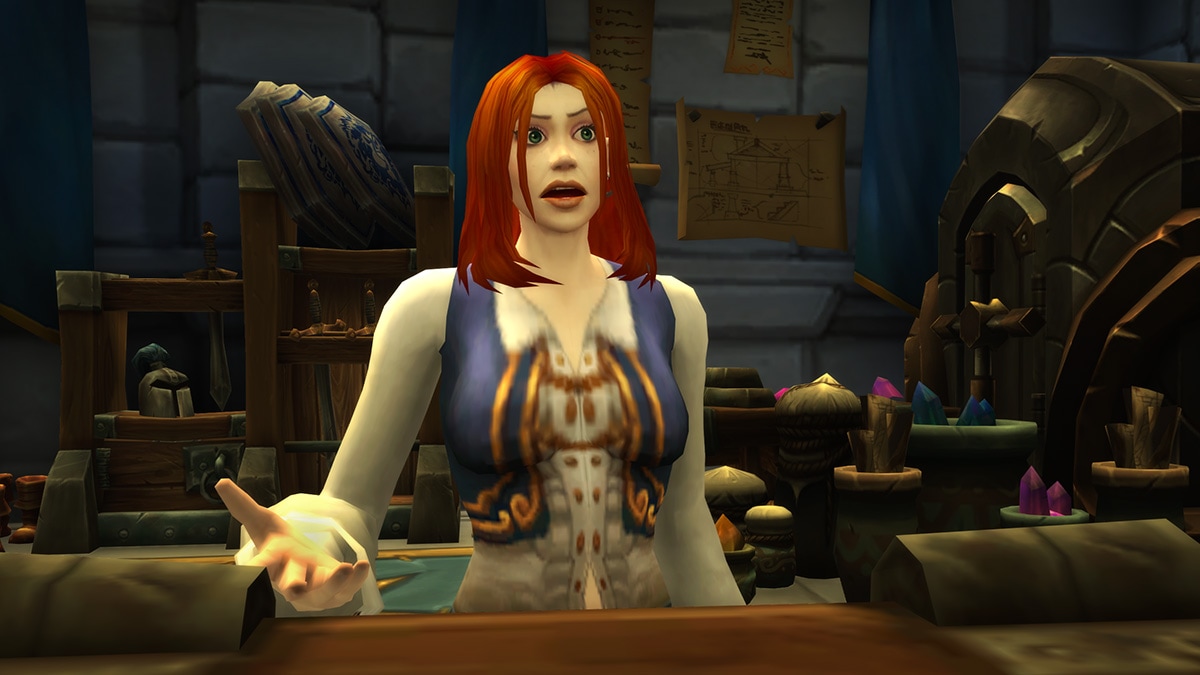 Take your buying and selling to a new level with Azeroth’s updated Auction House! [LEARN MORE...] 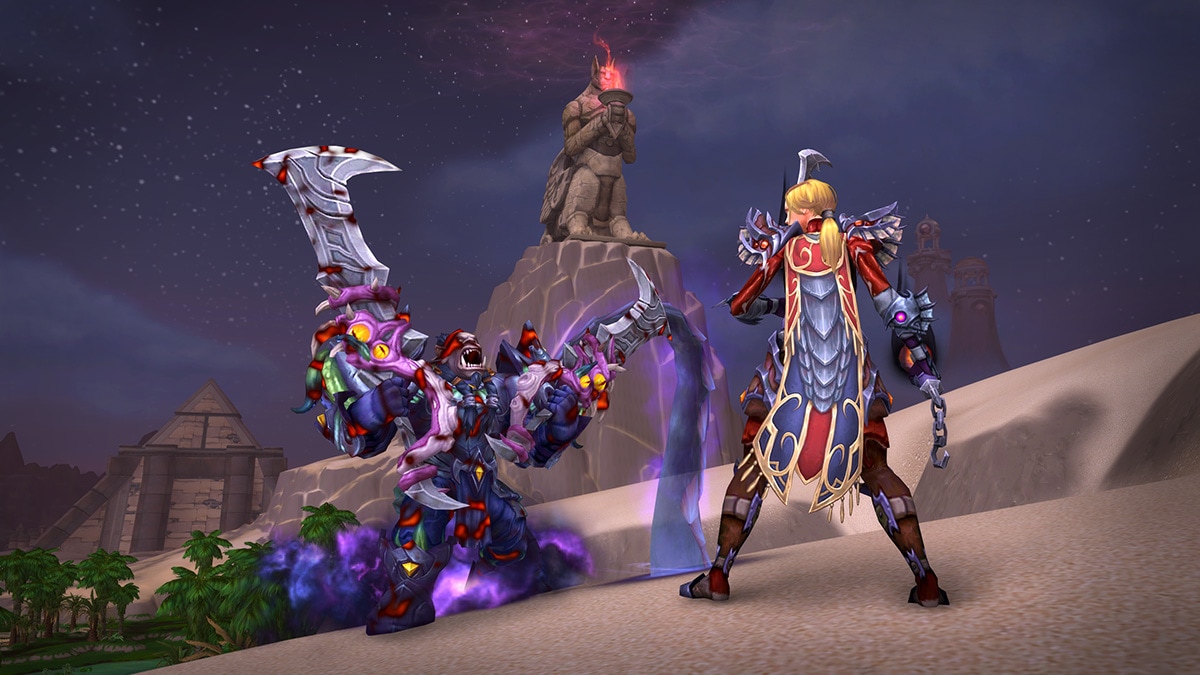 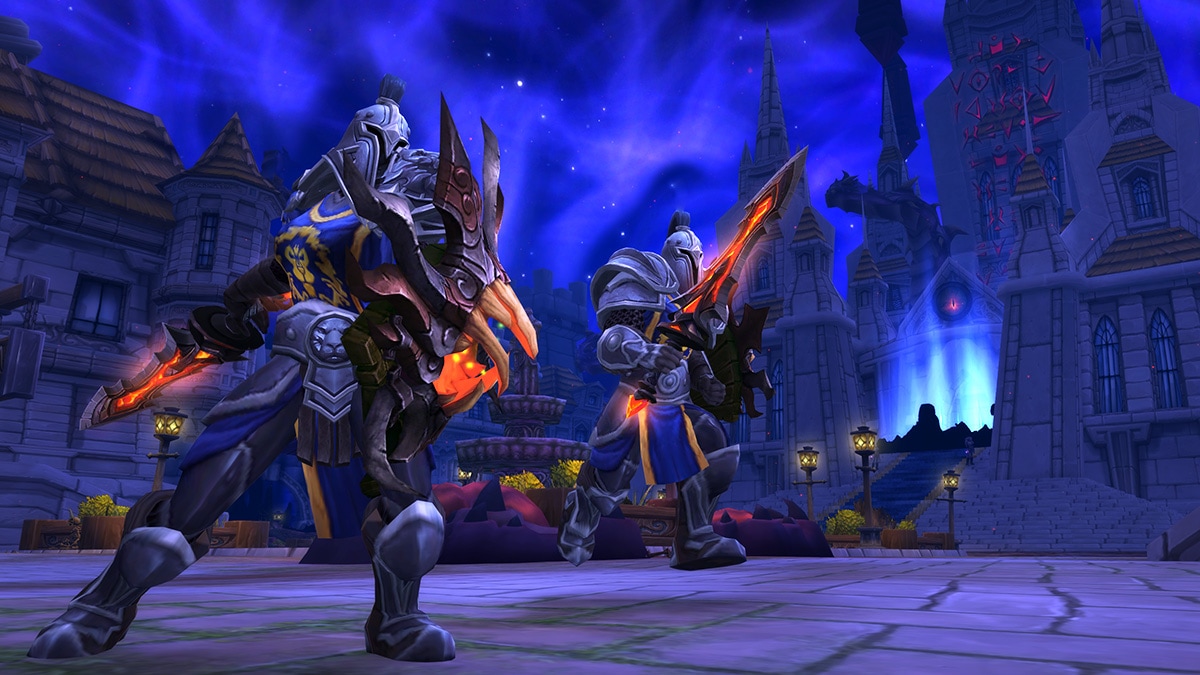 As despair and madness consume the land, the heroes of the Horde and the Alliance will need to fight for their sanity—and the fate of their wounded world. Delve further into the future that the Old God N’Zoth envisions for Azeroth and gird your mind against his maddening Assaults and Horrific Visions. [LEARN MORE...] 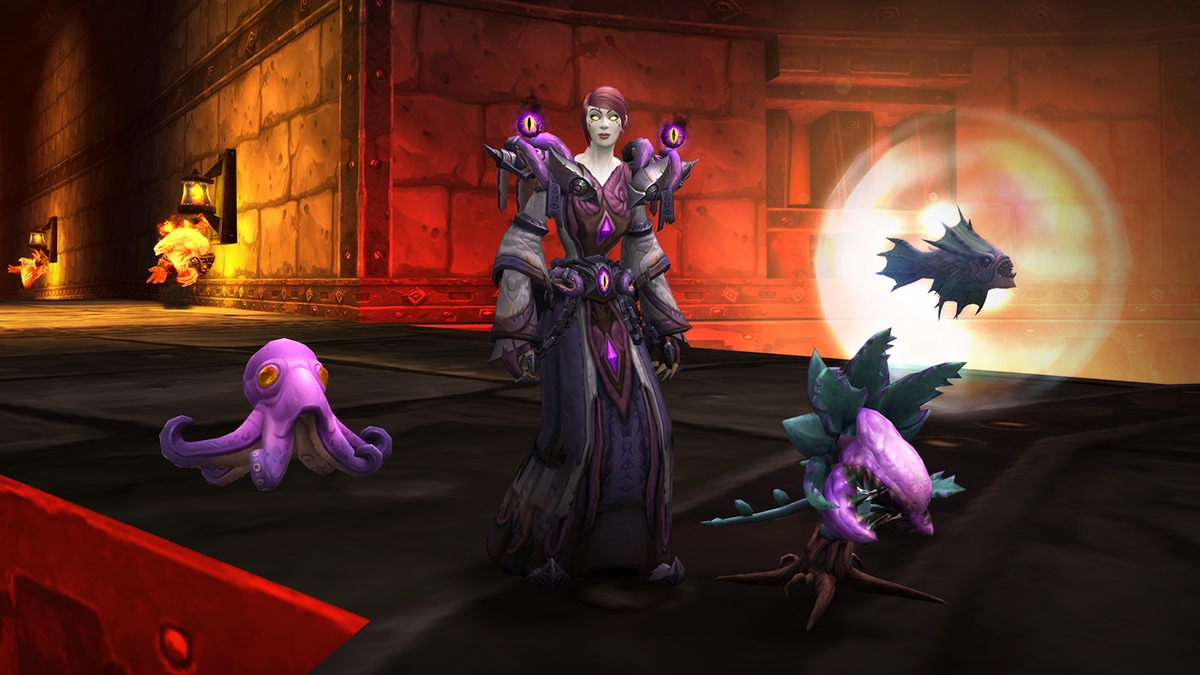 It’s time to marshal your menagerie and put your best battle pets forward in the volcanic labyrinth of Blackrock Depths, a new Pet Battle Dungeon with Normal and Challenge difficulties available with the release of Visions of N’Zoth. [LEARN MORE...] 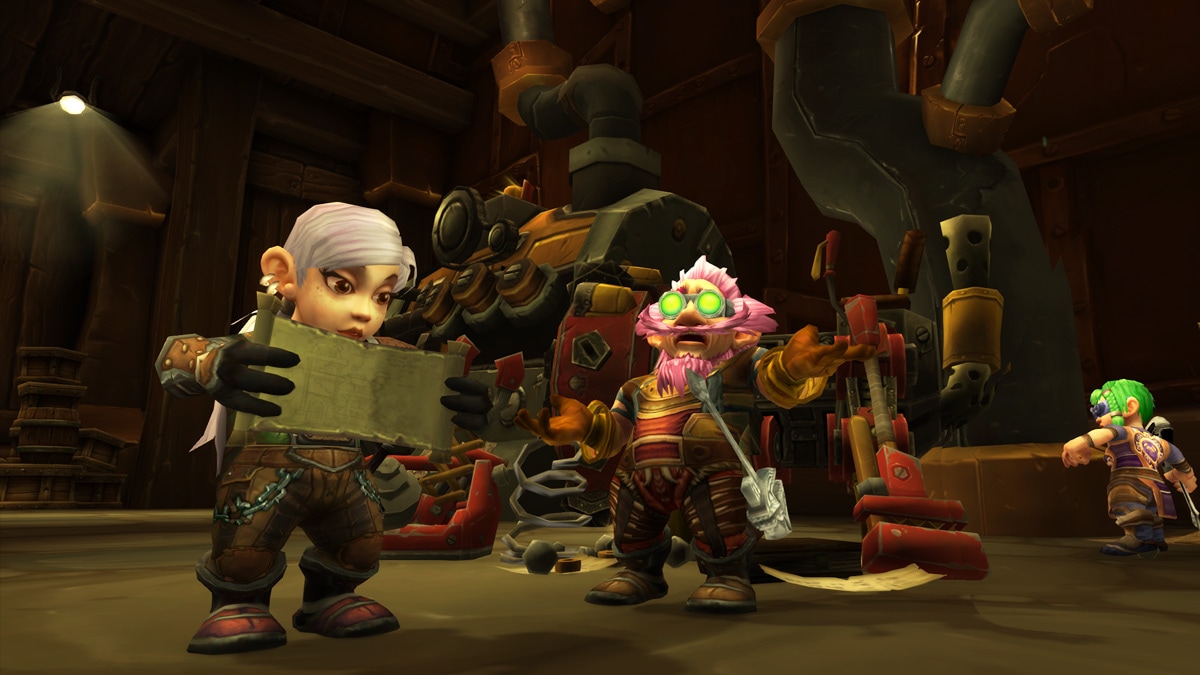 The official update notes for the content update to Visions of N’Zoth are here.[LEARN MORE...]

New Quests With Magni Bronzebeard and Wrathion, the Black Prince

Venture into new challenges alongside Speaker Magni Bronzebeard and Wrathion as they work together with their allies to overcome the threat the Old God N'Zoth poses for a fragile Azeroth.

Season 4 has a new affix—Awakened. While the Awakened affix is active, players will discover obelisks throughout the dungeon, which will pull players through the veil to the shadowy world of Ny’alotha. There, players will confront a powerful servant of N’Zoth which they must defeat or the servant will join forces with the final boss in the instance. Once the lieutenant has been taken down, the party will be returned to their regular reality in the location they’re currently standing in. This will enable some interesting skips that don’t involve the use of Rogues’ Shroud of Concealment or invisibility.

This large-scale battle brings together two teams of 10 on an island overflowing with powerful creatures. This Brawl brings an additional challenge to the shores of PvP Island Expeditions by increasing the total amount of players from six to 20 on the biggest Islands (Havenswood and Jorundall).

When the Brawl is active, players can join the fight by opening up Group Finder (default hotkey: i), selecting it from the Player vs. Player tab, and queuing up.

Learn more about the updates in Season 4 on the official forums here and on the MrGM and WoW Pet Guides.