Brewfest Kegs Are Tapped and Festivities are in Full Swing! September 20–October 6 “First celebrated by the dwarves, Brewfest now holds appeal among all the races of Azeroth!”

Get ready to crack open a cold one with friends new and old during our revamped Brewfest! Sample brews from Azeroth and beyond with representatives from many prominent playable races during the booziest time of year.

Completing quests and activities on the Brewfest grounds will generally reward you with Brewfest Prize Tokens. These are used to purchase most of the items you will find on sale at Brewfest.

Slurp and burp your way through this eating contest to be crowned the Chowdown Champion. Compete with three other players in front of a panel of spectators to prove your prowess but try not to choke (literally)! The first to finish 10 plates of sausages takes home the prize. Manners optional. Speak with Etga (Horde) or Britta Steinhart (Alliance) to participate. Prize: 1 Brewfest Chowdown Champion Token. 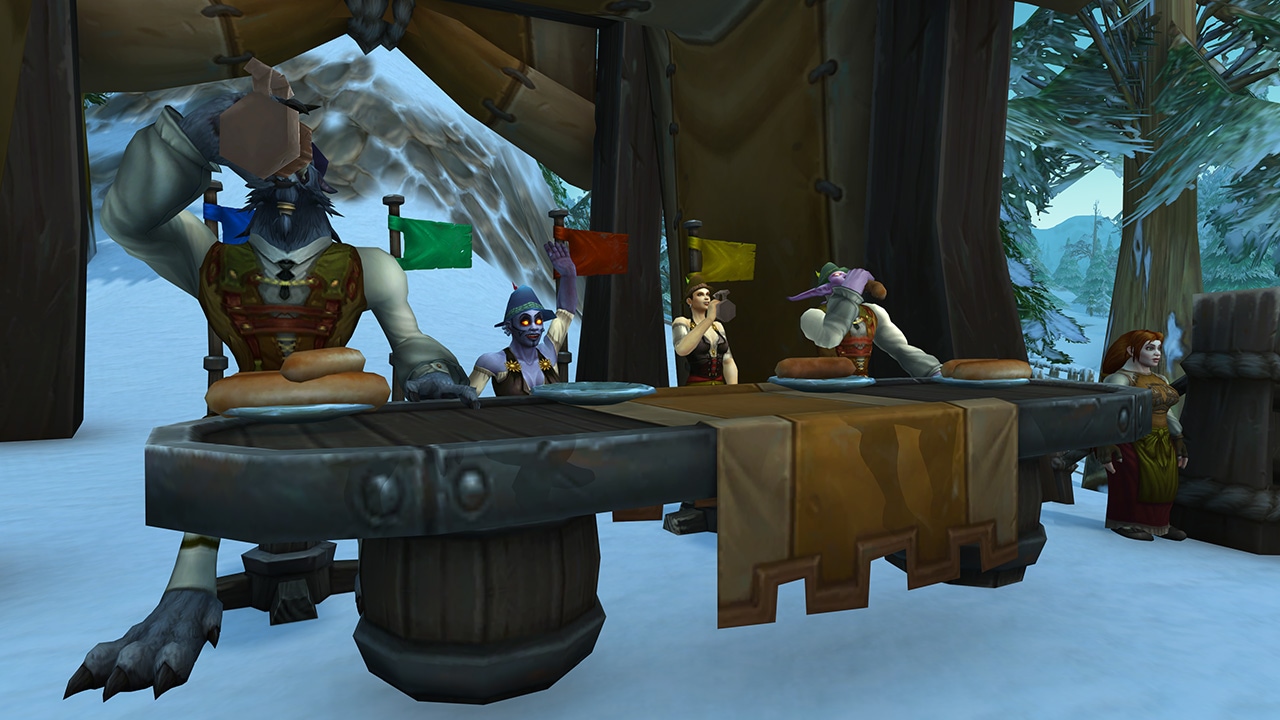 Every half hour a group of alementals, hozen, or Dark Iron dwarves will show up to destroy the Brewfest grounds. Put a stop to their shenanigans for a reward once a day.

Throw nearby taster mugs at these destructive alementals to put a cork in their plans.

Unruly hozen want to monkey around—restore order by driving away these pests.

Tip: Some of these buggers are winged, so saddle up on a flying mount to reach them!

Get your fists swingin’ when the Dark Iron dwarves invade the Brewfest grounds! 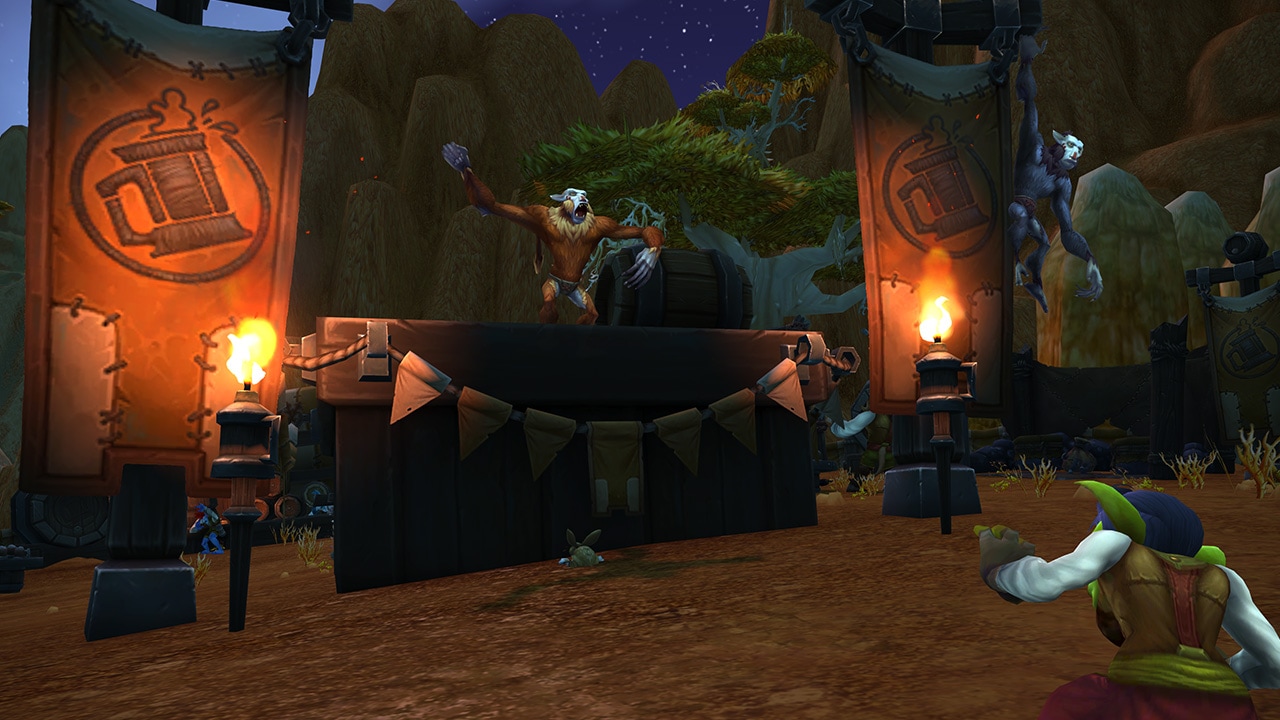 Join the Draenor-famous Frostwolf brewery Warband Ales for a special toast during Brewfest at 6 a.m. or 6 p.m. server time. Alliance players can do the same with the Thunderbrew and Barleybrew breweries. 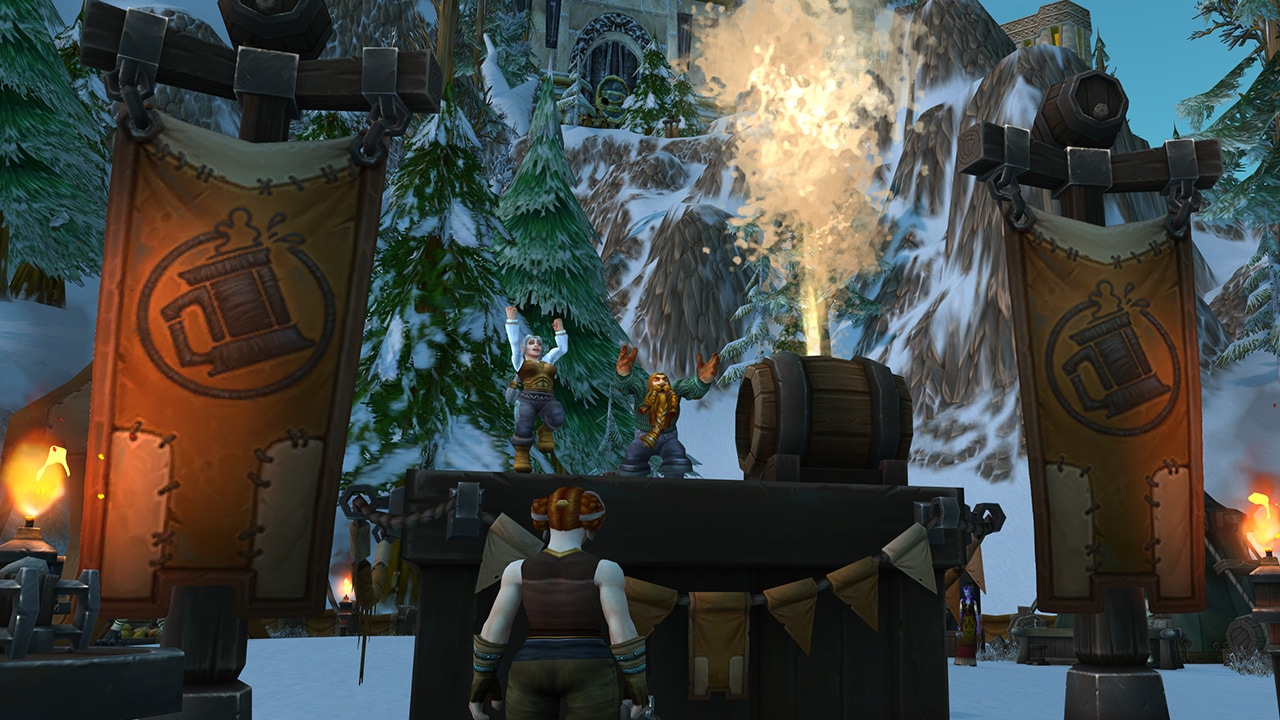 Stumble your way through the grounds while trying specialty food and brew from all over Azeroth and Draenor. 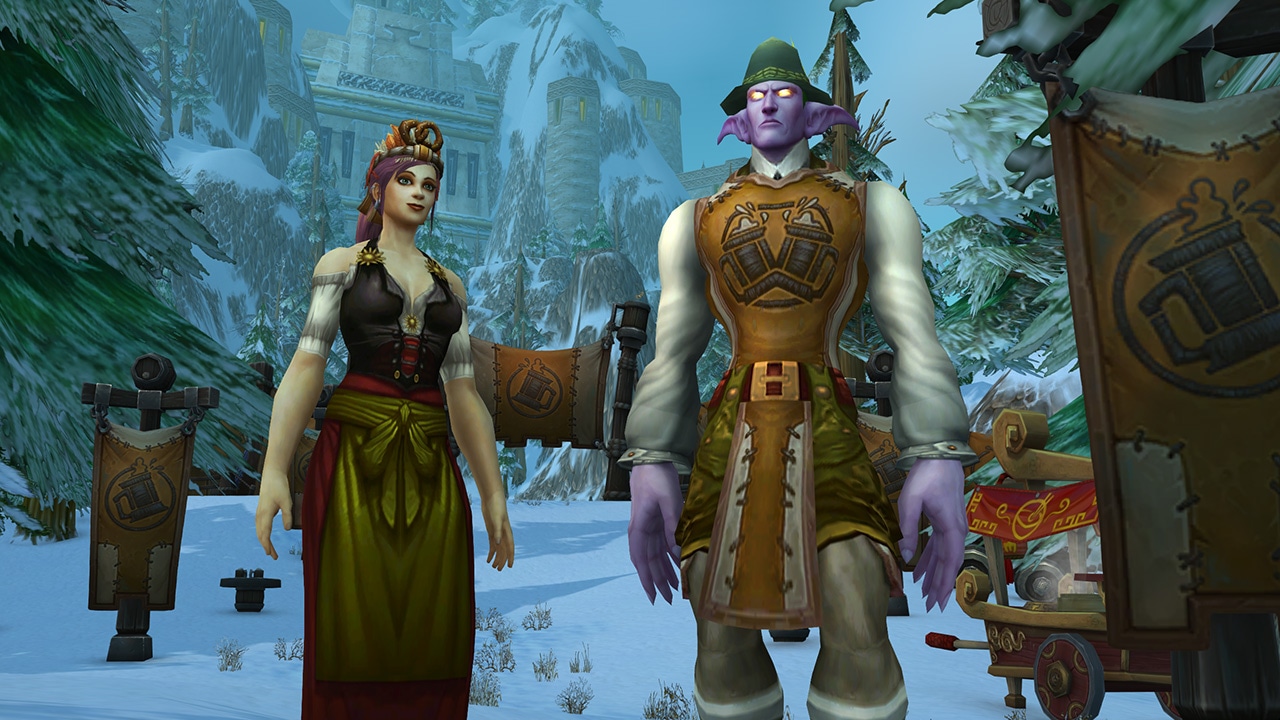 BREWMASTER: Completing the achievements The Brewfest Diet, Brew of the Month, Direbrewfest, Does Your Wolpertinger Linger?, and Have Keg, Will Travel will reward the meta-achievement Brewmaster. Awards the title Brewmaster.

BREW OF THE MONTH: Join the Brew of the Month club.

DOES YOUR WOLPERTINGER LINGER?: Obtain a Wolpertinger pet from the Brewfest quest line.

HAVE KEG, WILL TRAVEL: Obtain a Brewfest mount, or transform yours into one using Brewfest Hops.

DOWN WITH THE DARK IRON: Defend the Brewfest camp from the Dark Iron attack and complete the quest. “This One Time, When I Was Drunk…”

STRANGE BREW: Acquire the Brewfest beers listed below. Don’t drink them all at once!

DISTURBING THE PEACE: While wearing 3 pieces of Brewfest clothing, get completely smashed and dance in Dalaran.

Be sure to hop on over to the Brewfest staging areas at the gates of Orgrimmar and Ironforge September 20–October 6 to join the festivities.

Next Article
World of Warcraft
7h