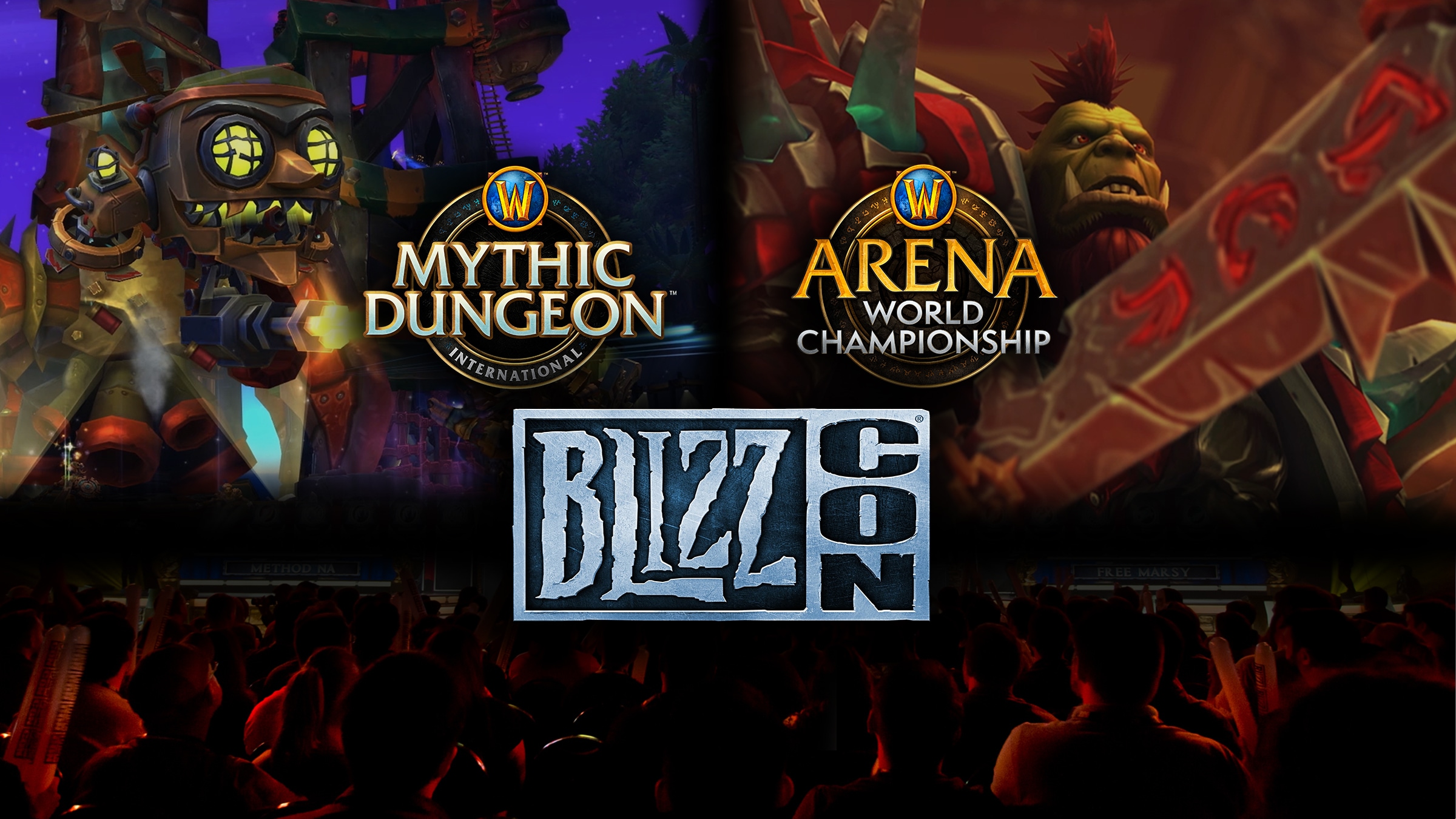 With the BlizzCon 2019 announcement, we wanted to give more details about the WoW esports on offer in Anaheim, California this fall. BlizzCon this year will have two days of WoW esports celebrations, with the Arena World Championship (AWC) Global Finals and Mythic Dungeon International (MDI) Global Finals sharing the World of Warcraft stage during both days of the event. 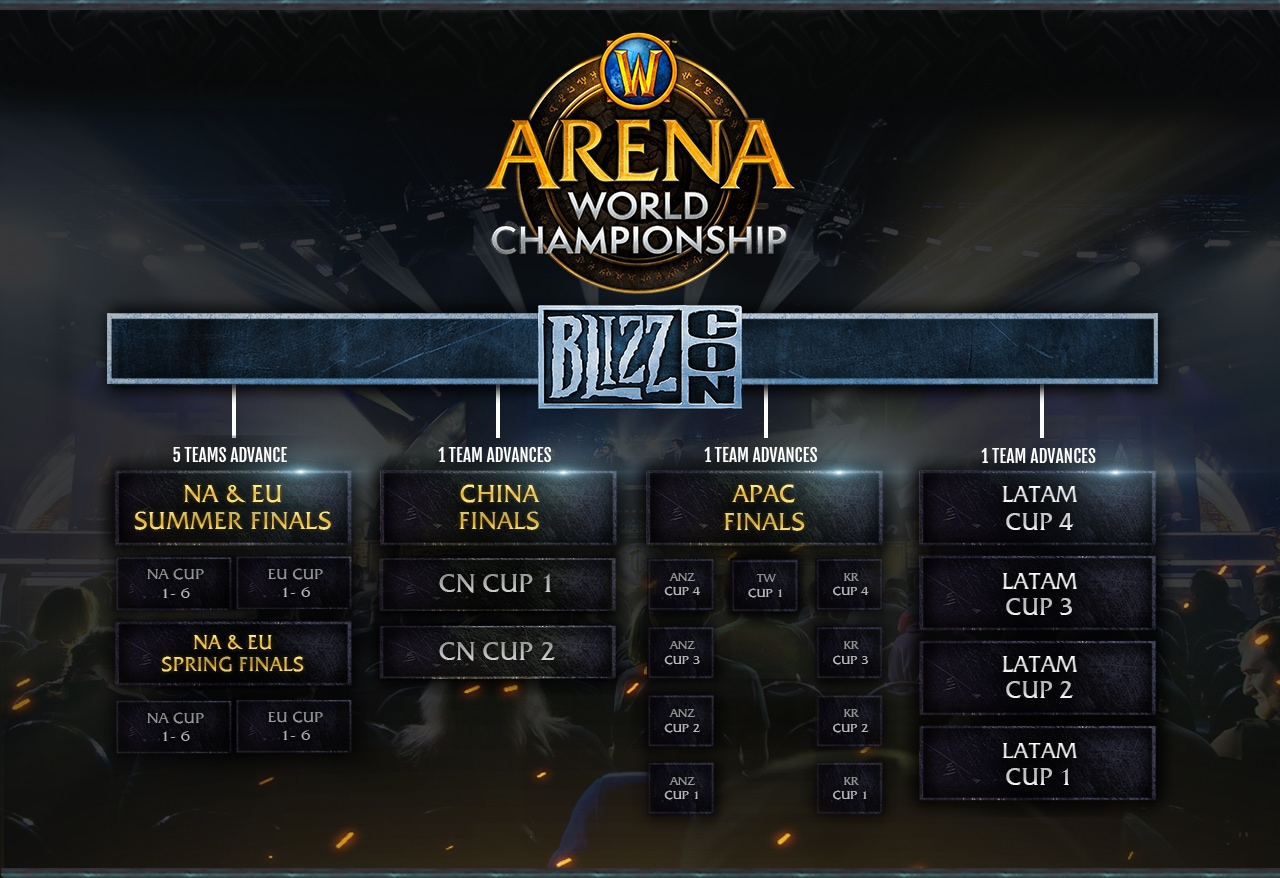 The AWC Global Finals will host eight teams at BlizzCon: five from North America/Europe, one from China, one from Asia-Pacific, and one from Latin America, all of whom will battle in a double-elimination bracket. In its 12th year and with more seasonal Cups than ever before, the AWC Global Finals are sure to deliver as new and veteran players alike fight for the championship. 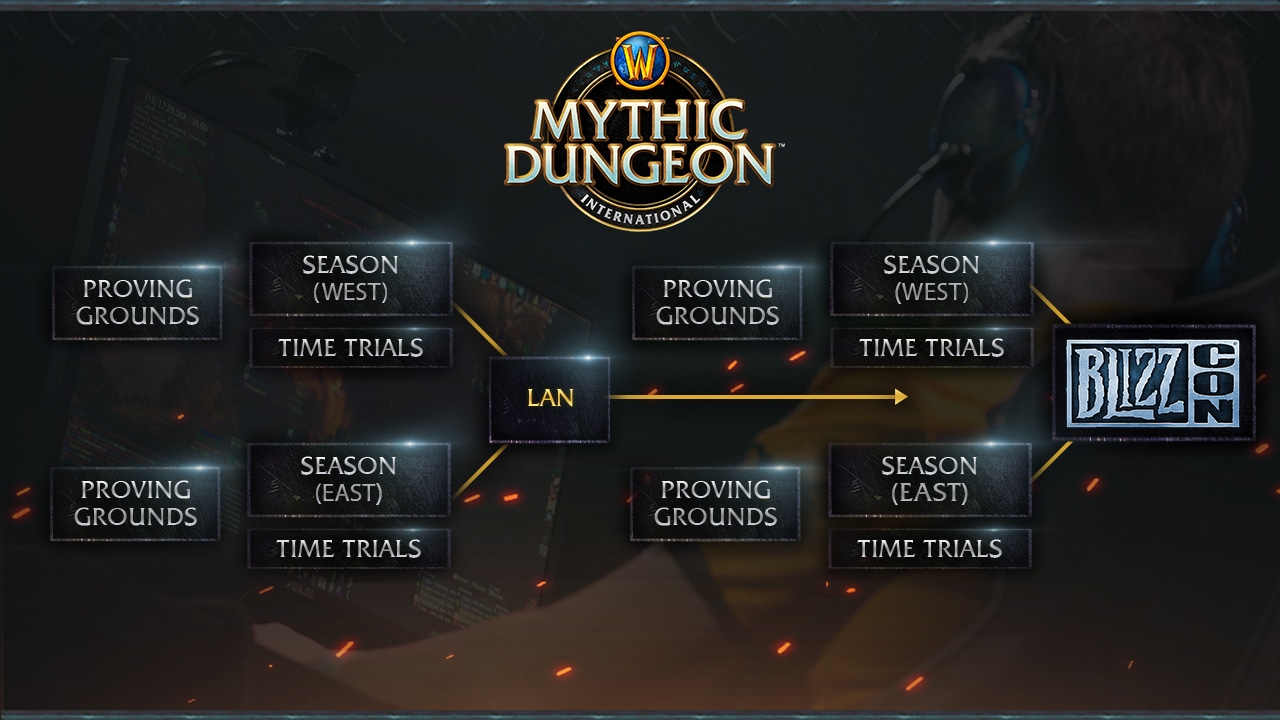 The finale of the MDI will feature the top two teams from the Spring Season LAN and the top two point-earning teams from each division (based on yearly points) flying to California to race live and in person. These six teams will compete in a double-elimination bracket for the title of 2019 MDI Global Finals champions and their share of the prize pool. After making the transition in 2019 from an invitational series to a year-long, international program, our dungeon-runners will display peak performance on the biggest WoW esports stage in the world.

The prize pools for the AWC and MDI will include contributions from the sales of the Transmorpher Beacon and Lion’s Pride/Horde’s Might Fireworks toys. These contributions will be split down the middle, adding an equal amount of money to both prize pools. All your support for our gladiators and racers so far has been phenomenal, and we will provide an update on the final prize pools as we get closer to November.

For more information about BlizzCon 2019, head to the official BlizzCon website, and stay up to date with all things World of Warcraft by following us on Twitter.