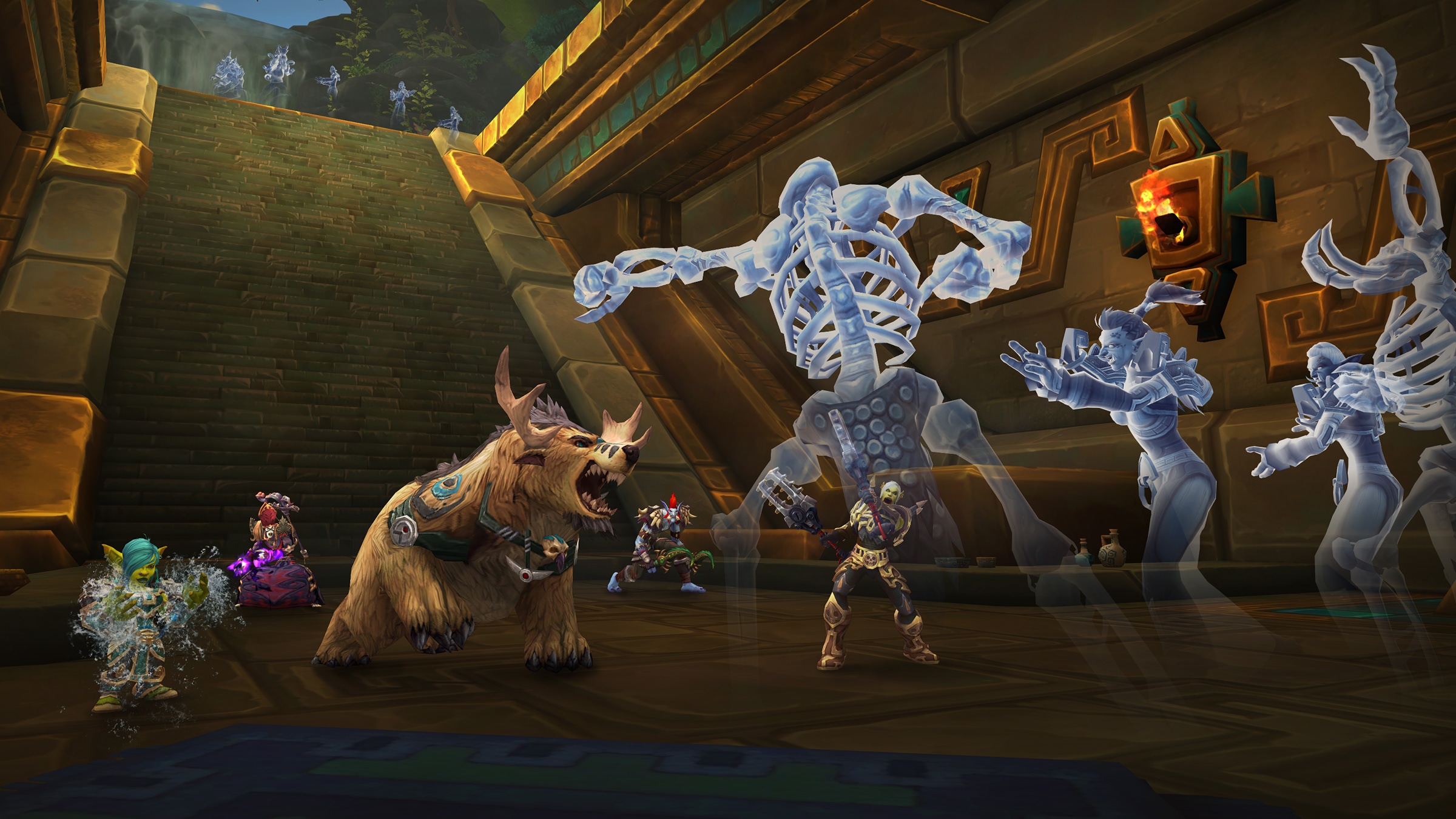 The new Mythic Keystone dungeon season has begun, and there are new rewards to earn—along with a new challenge to face within the hallowed halls of Battle for Azeroth’s dungeons.

Season 2 features a new seasonal affix—Reaping—which will appear on level 10 or higher Keystones. High-level Keystones will now summon Bwonsamdi, the Loa of Death, to wreak some spectral havoc upon players’ dungeon run. As heroes kill enemies, the vanquished spirits will continue to linger in the mortal realm. At certain points throughout the dungeon, Bwonsamdi will resurrect these twisted souls, who will swarm the unfortunate adventurers in a final act of vengeance.

With the start of Season 2, the rewards from dungeons have increased by up to 30 item levels, and the difficulty of Heroic and Mythic dungeons has likewise been increased. To align with the current available reward cap, during the first week of Season 2, rewards from end-of-run chests will be capped at Mythic 6 quality (item level 385).

The weekly cache that becomes available in the second week of the season will not be affected by this cap. Players who complete a Mythic 10 Keystone dungeon during the first week will receive a Mythic 10 reward (item level 410+) from their cache the following week.

We’ve also added a new way for players who participate in Mythic Keystone dungeons to acquire specific Azerite armor. Players can now use Titan Residuum to purchase specific items from Mythic Keystone vendor Thaumaturge Vashreen, who is located in either Zuldazar or Boralus.

These new Azerite pieces will have a fifth ring of traits. This new outer ring provides two trait choices per specialization, giving players opportunities to find items that have traits they particularly want—and the freedom to create new and interesting combinations that may not have been possible before. This additional ring of traits also makes each item have a larger impact on your character’s overall power. Learn more about the latest Azerite armor updates in our post.

Titan Residuum will not reset or cap between seasons. Vendor Thaumaturge Vashreen will offer gear of item levels 385, 400, and 415 for purchase during Season 2.

Along with the increased costs for tokens, disenchanting or scrapping Azerite armor pieces with a higher item level will likewise result in higher yields of Titan Residuum.
Disenchanting Examples:

Keep an eye on the Mythic Keystone Dungeon Leaderboards to see how you match up.