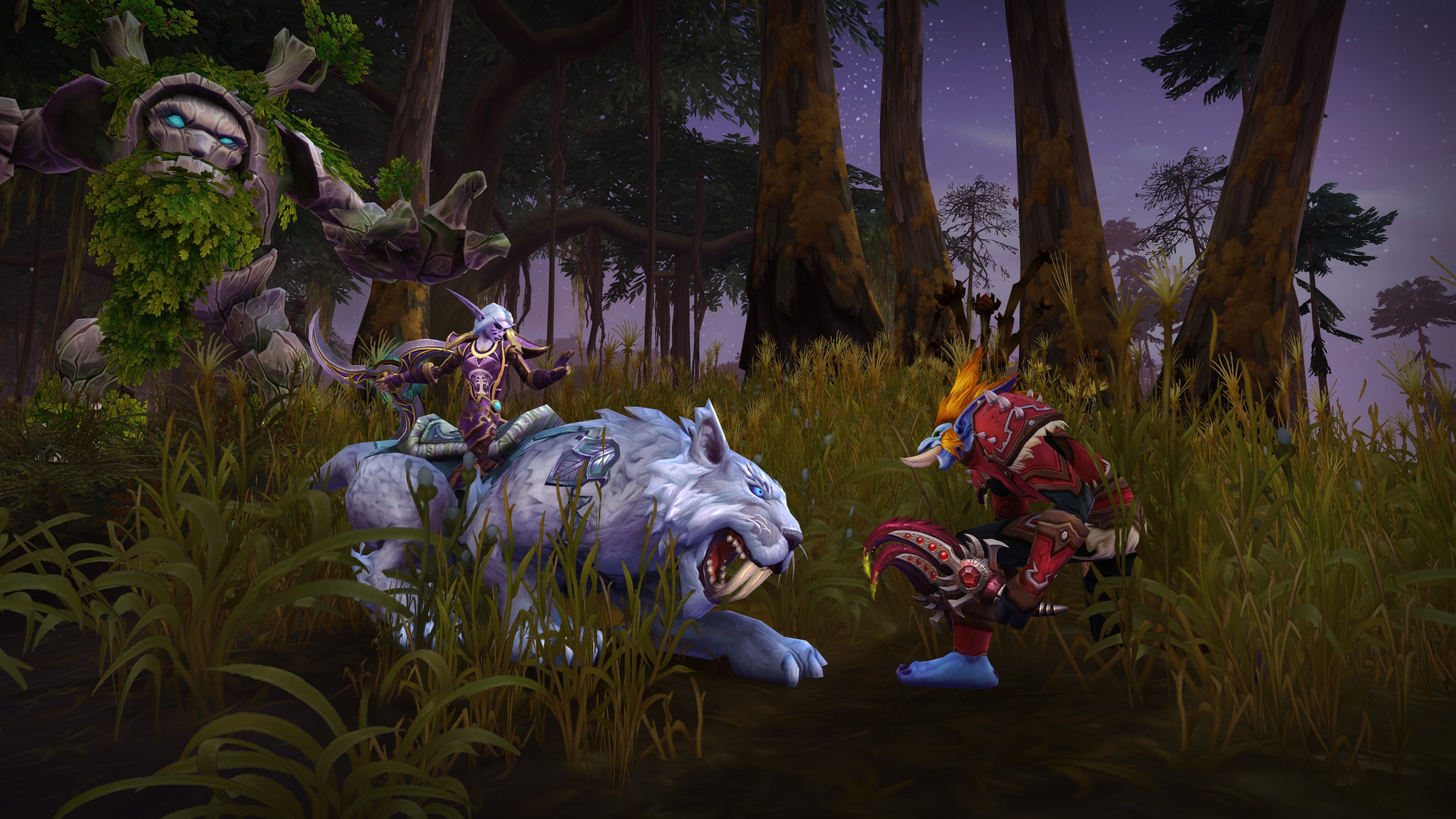 The Horde and Alliance have established their footholds in Kul Tiras and Zandalar, each seeking to use these staging points as inroads to the flow of Azerite in enemy territory. Now the Horde and the Alliance will use those hard-earned footholds to launch large-scale assaults deep into enemy territory. While the assaulting faction tries to break through their enemy’s defenses, players must rally the local forces to drive the invaders from their continent.

Who: Level 110 and Above players who have unlocked World Quests on their account and have begun the War Campaign.
Where: Kul Tiras and Zandalar

Faction Assaults will cycle regularly between Kul Tiras and Zandalar, giving players an opportunity to either help their faction attack or defend via a series of World Quests. Much like Legion Assaults, players will be able to see when a Faction Assault is occurring by pulling up their world map (M). A Horde or Alliance crest on the map will indicate the type of invasion that is occurring and the available quests associated with it. 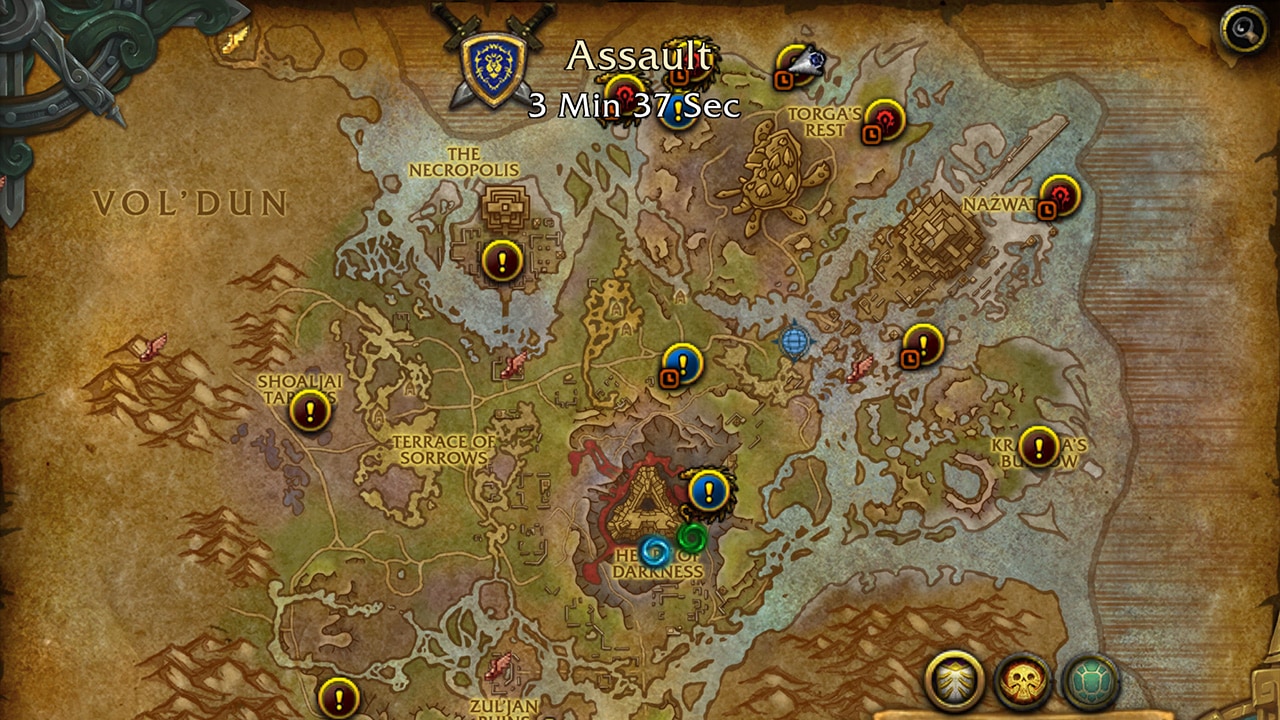 Players will be able to take part in a variety of quest types, including taking out elite targets, mowing down enemy armies with powerful magic and siege weapons, taking down the enemy ship, participating in covert assassinations, or embarking on shared quests that bring the two opposing factions in close proximity to each other. For those who have War Mode on, you’ll want to stay on your toes—and maybe grab a friend or two to join you in battle.

Whether you’re participating in PvP or not, you’ll want to keep your eyes out for a variety of additional bonus items such as potions and bombs to aid you in your quest to push out the opposing forces. A little help from something like an Unstable Azerite Flare could turn the tides of battle quickly—if you can hang on to it long enough.

The Spoils of War

If you’re working on leveling an alternate character (or two), Faction Assaults provide plenty of opportunities to earn experience and reputation with the 7th Legion or Honorbound. Completing a Faction Assault will also provide a 1-hour experience buff to help you as you level your way through Battle for Azeroth and prepare to bring your full might to your faction’s aid.

Players at maximum level will be able to earn bonus reputation, War Resources, and new gear (item level 325–370) with a chance of being Titanforged. There are also many achievements to be earned both in PvE and in War Mode.

Faction Assaults will only be available for a set period of time before they are gone—at least until the next one. You’ll want to keep an eye on the Faction Assault timer, which is visible on your world map and will appear as a countdown in any quests you’re participating in as time winds down. Once an event has completed, any quests you’re on will be gone with it. You’ll want to be extra careful if you’re assaulting a ship hovering over the battlefield . . . you might suddenly find the only direction you can go is down.

Bring some friends along for the fun—and maybe for a little extra protection. Faction Assaults are bound to get your blood pumping.