From StarCraft Pro Gamer to a Seat at Blizzard: TheBOy Interview

With StarCraft: Remastered launching on August 14, it’s never been a more appropriate time to look back on almost two decades of StarCraft history. This week we shine a spotlight on Kook ‘TheBOy’ Kibong, who was 18 years old when StarCraft came out. He soon became one of the best players in Korea, placing highly in numerous tournaments.

Years later, he found himself at Blizzard Korea, where he currently helps manage StarCraft and StarCraft II esports. We caught up with Kibong to hear the story of his journey from determined player to celebrated pro gamer to an influential role in esports at Blizzard.

What drew you to StarCraft when it was first released?

When I lived in Australia, I won many racing arcade game competitions. In 1998, my friends went away while I was playing an arcade game. I found them in an internet café, where they were playing StarCraft. I was so impressed by the fancy movement of SCVs and Marines that I came back and watched them at least three days in a row. At first, I didn’t want to play, but I ultimately couldn’t resist.

You played racing games professionally before switching to StarCraft?

Around 1997, there was an arcade game boom, so I spent lots of time in the arcade. I competed with a friend who was really good at Daytona USA. I wanted to win, so I researched extensively to reduce my lap time by just 0.01 second. Then I had no rival in the city.

There was also a weekly city-wide Daytona USA competition. The person who had the fastest lap time each week would win a small amount of money and other prizes. I won every week.

Later, when I became a professional StarCraft player, I earned money and bought a car. I was very interested in custom vehicles, and even participated in drag races. I was seriously considering how to transition from professional player to professional racer. But the Korean racing scene is still underdeveloped . . . so I had give that up.

How long did it take you to become a professional StarCraft player?

The average period to become a pro player is more than a year. However, I acquired a reputation in Battle.net after just seven months. By eight months, I had a manager, and acquired a sponsor right after that.

Before I became a pro player, I usually played 8-10 hours a day. When I went pro, I could no longer find players who were better than me, so I didn’t practice as much. But before a competition, I would play 20-30 games to come up with strategies. I also wrote extensive notes to keep track of my special tactics. I enjoyed the game and played it for three or four hours every day.

What was your proudest moment? 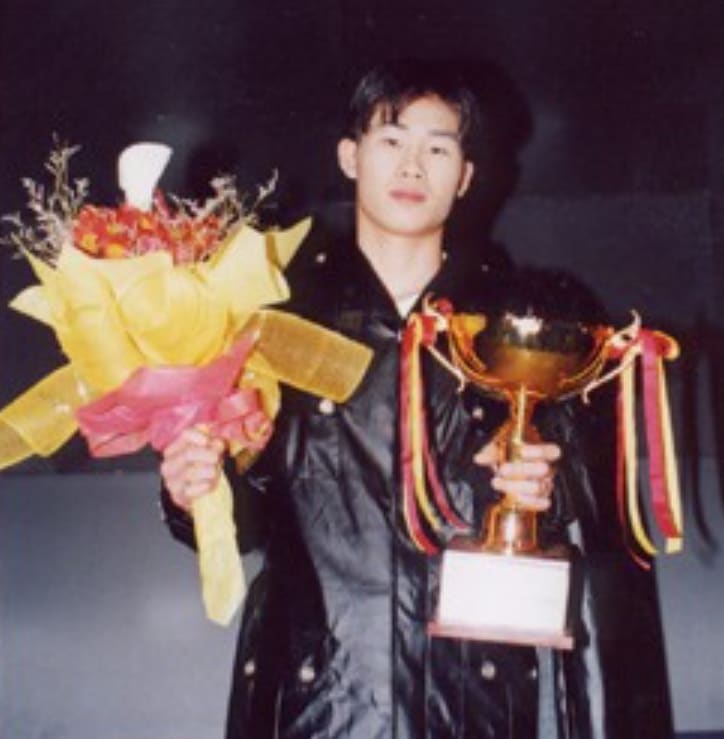 In 1999, everything was exciting and new. I was making money playing an enjoyable game, attending TV programs, winning over fans, and meeting celebrities from many industries. There was a time when people would run to get my signature. I will never forget the ‘99 ProGamer Korea Open (PKO), which was my first live tournament. I was defeated in the final, but first won eight matches in a row. That was a new record that wasn’t broken for a long time.

One thing I also remember clearly is when I was invited to the United States by a Korean-American internet café group. My face was all over the Korean newspapers there, and I had a chance to be on Korean-American radio.

What was your greatest strength? Was there a particular unit that you specialized in controlling, or a particular style that you pioneered?

I spent a lot of time focusing on weaker units and poor strategies. I wanted to break the stereotype that certain units and strategies were weaker than the most common ones. Sometimes a combination of units seems awful, but after you discover their real power, you can easily win with them.

I was known for utilizing hydras, so my nickname naturally became “Hydralisk,” or “Living Hydralisk.” Sometimes they even called me “Thoughtful Hydralisk” because I put so much thought into my play.

After they started calling me “Living Hydralisk,” I began to build Hydralisks even more often. Even if I knew I shouldn’t use them in a given match, I still felt like I had to. 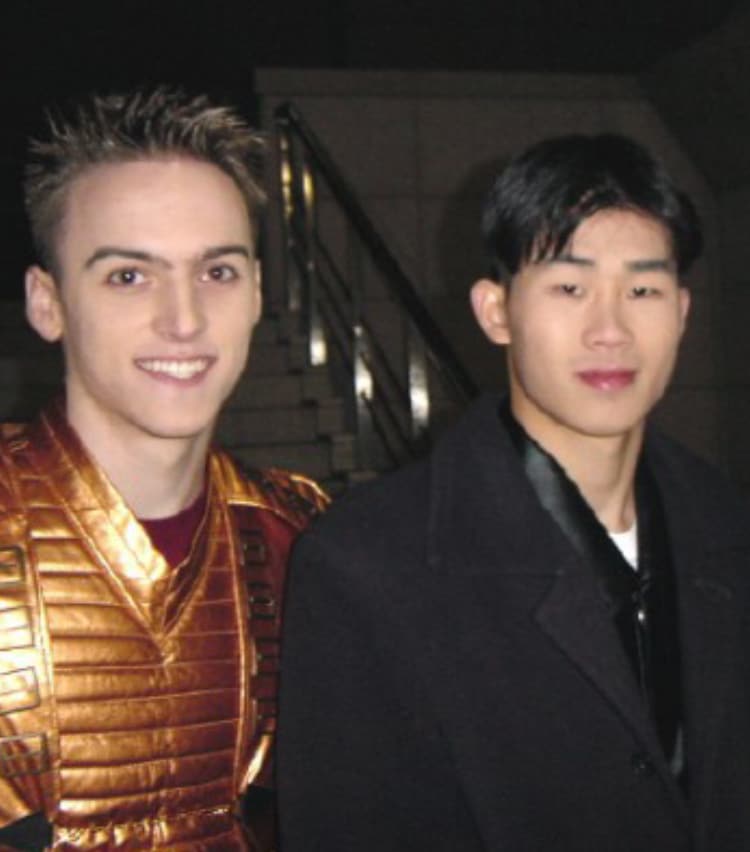 Who were your best friends among the other professional players?

I still have a very good relationship with professional gamers from the era between 1999 and 2002, including Jinho Hong (‘YellOw’), Do-gyung Kang (‘H.O.T-Forever’), Guillaume Patry (‘Grrrr...’), and Giseok Lee (‘SSamzang’).

Any funny stories involving those guys?

I have some secret videos of YellOw and H.O.T-Forever dancing, singing and even swearing, but I want to protect their private lives . . .

What led you to switch careers?

When I was a professional player, I was not just playing the game. I also pursued many business opportunities. As internet cafés were on the rise in Korea, I organized some promotional events for them. Eventually I had executed many promotional events and made a regular job with a franchise company. 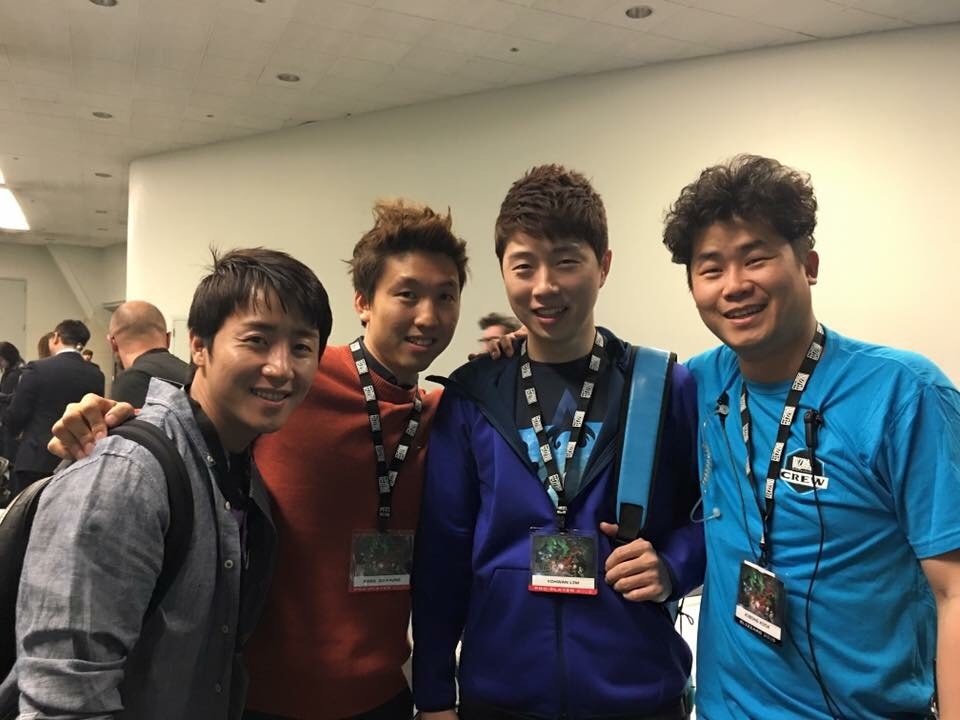 How did you wind up at Blizzard?

After gaining experience, I established a venture company with large ambitions. But there were some problems in the alpha development stage of the work. I couldn’t launch the product and was forced to close down my business. It was a major setback . . . . At my lowest point, I happened to see an esports job opening at Blizzard. As a big fan of StarCraft, it was an amazing opportunity to pursue my dream and my passion.

Do you win all the internal StarCraft matches and competitions within Blizzard? Who’s your greatest competition in the Blizzard office?

When I first joined Blizzard, many employees challenged me, and I never lost. Nowadays, there are some magnificent players, and I can be defeated when I am playing Terran or Protoss. But, with Zerg I am still unmatched. Many people have told me that I am a completely different gamer when I am playing Zerg. I always joke that I am myself a Zerg, so I do not have to touch a mouse or keyboard to win the game!