Voyage to Esperança: A Portuguese city built on tradition, brilliance, and hope

Overwatch’s latest Push map takes us on a journey to the beautiful city of Esperança, Portugal.

Esperança is a sunny, coastal city that highlights the rich culture found across Portugal and the bright, hopeful future of Overwatch. Today, we’re joined by Sound Designer Felipe de Mello Pereira and Principal Environmental Artist, Helder Pinto to talk about how sights and sounds came together to bring the spirit of Portugal to Overwatch 2!

Our goal was to create another Push map for Overwatch 2’s launch alongside New Queen Street and Colosseo, so we started to uncover inspiration and map out the creative direction for a new map. That’s when Pinto stepped up to set our next destination in Portugal. “We felt confident we could understand the cultural and architectural languages of the country with me being Portuguese and growing up there,” Pinto explains.“By playing to our team’s strengths, we began putting something together quickly while also maintaining the highest possible quality that our players have come to associate with Overwatch.”

“I was born in Portugal, which made it both easy and hard at the same time,” Pinto says, elaborating on the early challenges his team faced. “I had to ask myself: what would someone think about Portugal if they have never been? This question helped me create the mood board and early concept art for Esperança.”

The game has traditional cities that exist in the world like Hollywood, New Queen’s Street, and Busan. We also have maps like Oasis, Ilios, and Numbani that look as if they exist in the best possible future of our world—lending to the “golden age” premise of Overwatch lore. 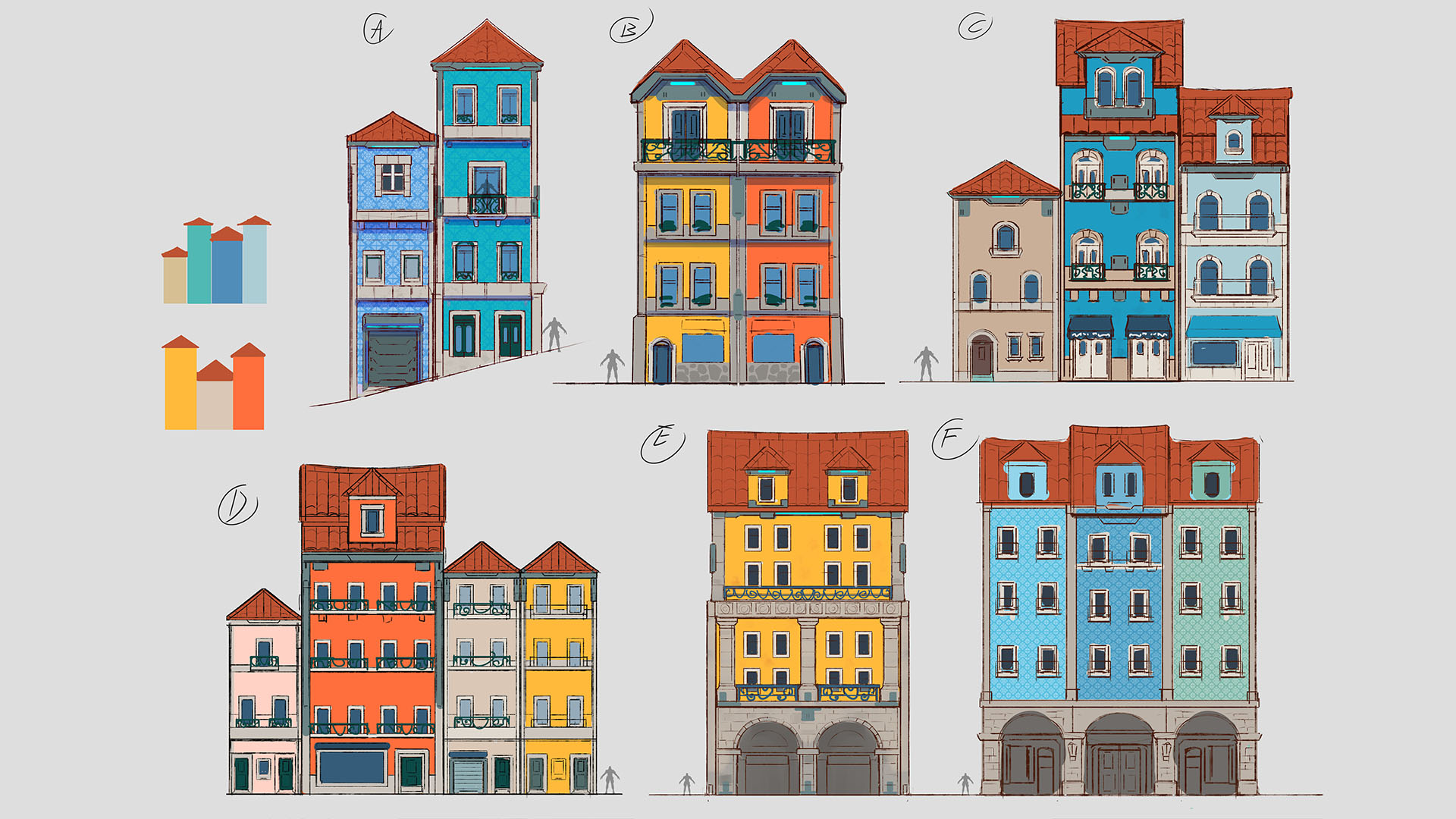 “Esperança means ‘hope’ in Portuguese, and this word became a very intentional name for this map,” explains Pinto. “Portuguese history is filled with explorers dating back to the 15th and 16th centuries. The Cape of Good Hope expedition was one of the most challenging voyages in the country’s history. When those adventurers made it around the Cape of Good Hope, the world was unlocked for Portugal.”

The country has amazing cities like Lisbon, Porto, Braga, just to name a few—each with their own unique, distinctly Portuguese character.  Players will walk along calçada, or decorative pavements with designs akin to mosaics, that will guide them to the center of the map landmarked by a baroque-style tower inspired by Torre dos Clérigos in Porto.

“The map should feel like you are experiencing a long-preserved Portuguese city that incorporates elements inspired by many cities and regions across the country,” says Pinto.

Our team was tasked with marrying Portugal's rich history and traditions with the futuristic landscapes of Overwatch. “This map is much more pedestrian than other maps. Many of the roads and paths are strictly for walking, so don’t expect to see any of the hovering cars that exist on other maps,” explains Pinto. However, the technological advancements of Esperança are much larger than flying cars... literally. 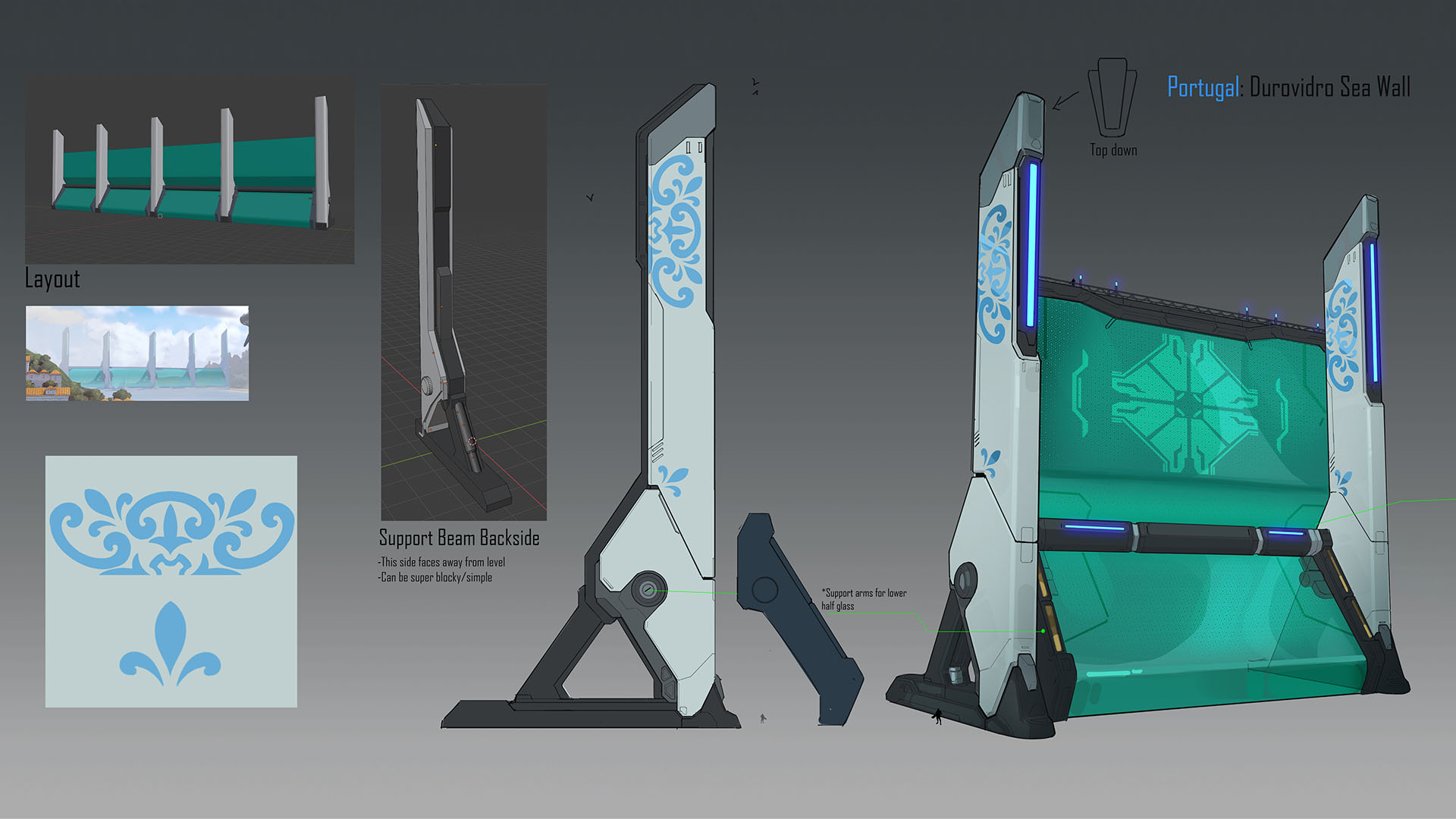 Pinto elaborates, “There’s a giant technological seawall in the backdrop that signals we are in the world of Overwatch.” The seawall protects this historic city’s traditional lifestyle while adding futuristic elements found throughout the game, and it can be seen from either spawn on this symmetrical Push map.

The map is divided into 3 different sections and themes: classic Portuguese architecture, lively residential streets, and the historic center surrounding the tower that marks TS-1's location at the center of the map. Players will wind their way through side shortcuts, distinctly themed interiors, and everywhere in between as they push TS-1 through the streets of Esperança.

As the sights of the city connected like pieces of a puzzle, we started to think about how to enrich the environment with audio and sound design.

Telling a story through atmosphere and sounds

Sound design adds depth and complexity to in-game locations and environments. We aspired to create an atmosphere that’s faithful to the art, history, and culture of Portugal.

“We worked with an incredible sound recordist, Fabrizio Foti, who actually went to Lisbon and Porto to record audio,” explains Pereira. “He recorded sounds of the city during the day and at night, lively areas, remote areas—we had a huge amount of sound to work with.”

The team wanted to use as few library assets as possible, which meant it was necessary to capture the distinct sounds that someone would hear if they lived in or visited Portugal. 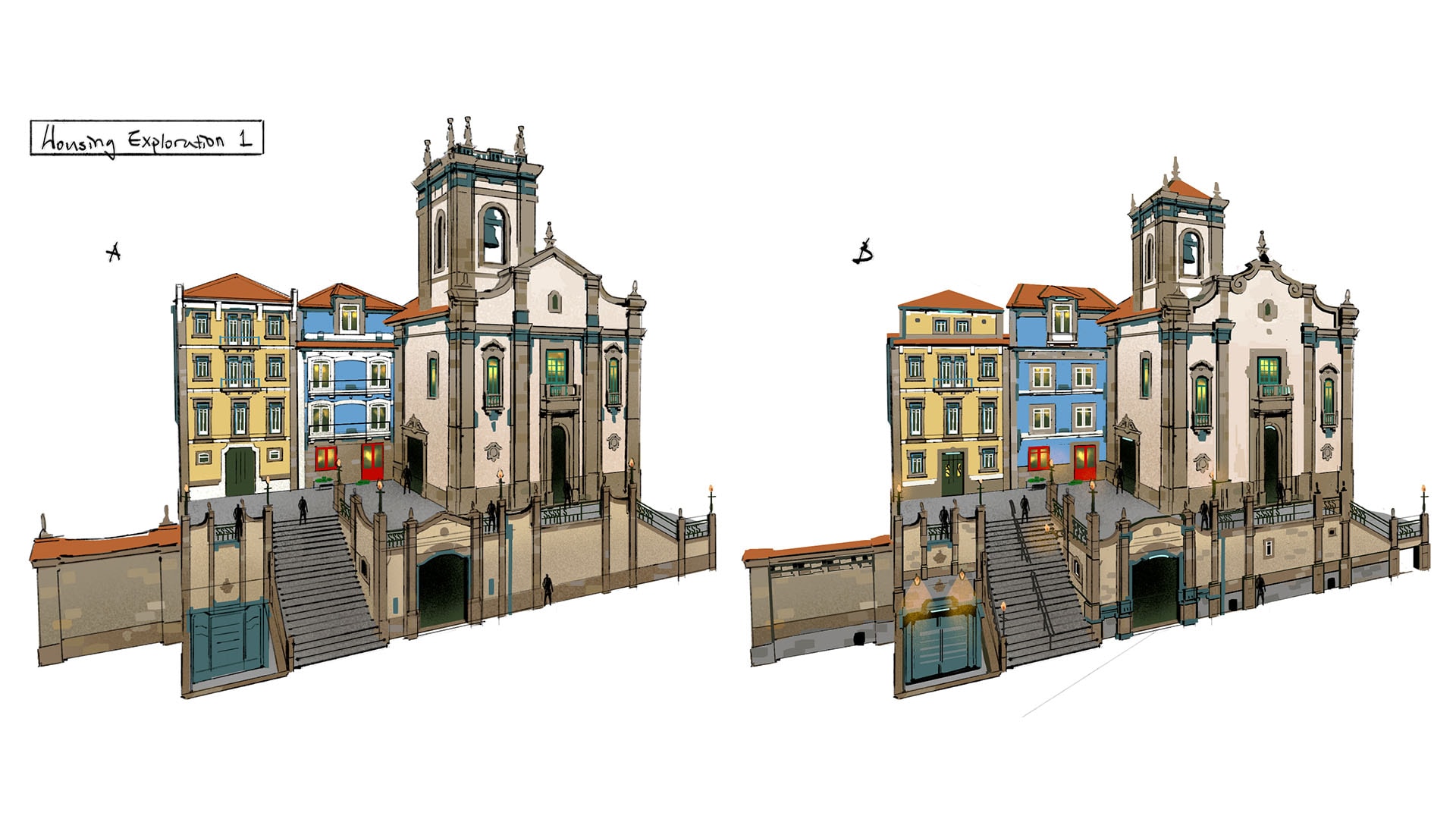 “We can get ‘bird sounds’ from the library, or we can record birds that are native to the country,” says Pereira. “I wanted someone who grew up in Portugal to hear familiar church bells, trams, markets, wildlife—it had to be sounds from Portugal that people from there would recognize.”

Environmental sounds are only a portion of audio design, especially for a country well-known for its music. Fado is the music of Portugal, and we decided to add it to little areas around the map. “Many of the interiors and streets of themed towards Portuguese life,” Pereira explains. 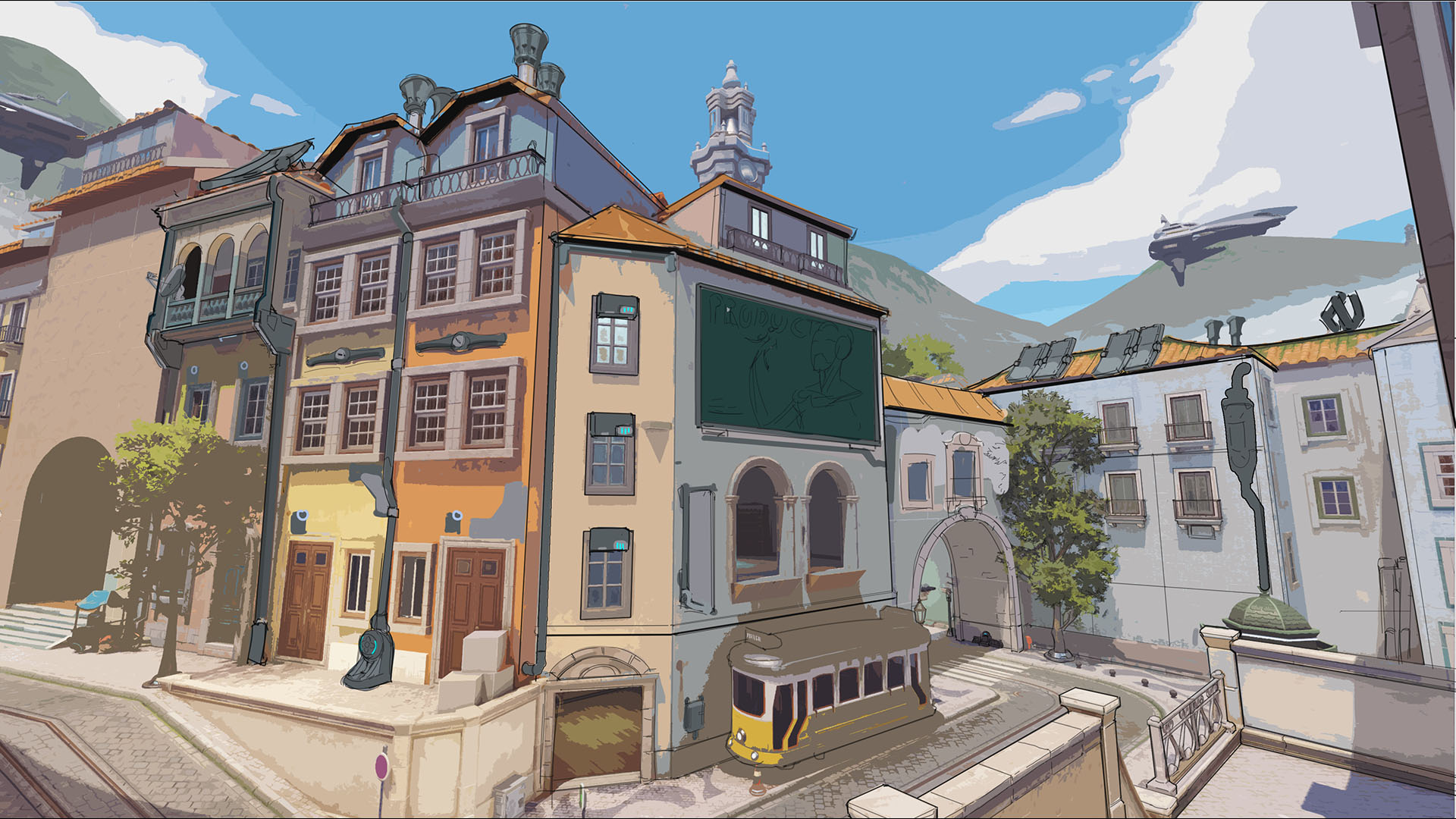 We teamed up with a voice actor from Portugal to record materials that represented the language, dialect, and accent you might hear in Esperança. Pereira adds, “There’s an area on the map where you’ll hear Portuguese spoken over an intercom, and I’m really excited for players to find that spot!”

The sound design will immerse players into the feel of the city, and, although we are excited to share Portuguese culture with our whole community, we hope Esperança feels like home for our Portuguese players

The meaning behind the map

Creating Esperança and sharing it with our players is a special moment for our team. We’re really excited to see reactions from our Portuguese players in particular. Portugal is a beautiful country with a gorgeous culture, but it doesn’t show up in a lot of world-wide media. It’s special for our team to put a spotlight on some of the things that make Portugal special.

“We want Portuguese people to walk through Esperança and make them feel seen,” says Pereira. “A big driving force behind my work for this map was having worked on Rio. Being from Brazil, it meant so much for me to know the sounds from my life and hear them on that map. We wanted to create the same experience for Portuguese players. If there’s a Fado restaurant in Esperança, we need to have some freaking Fado playing!” 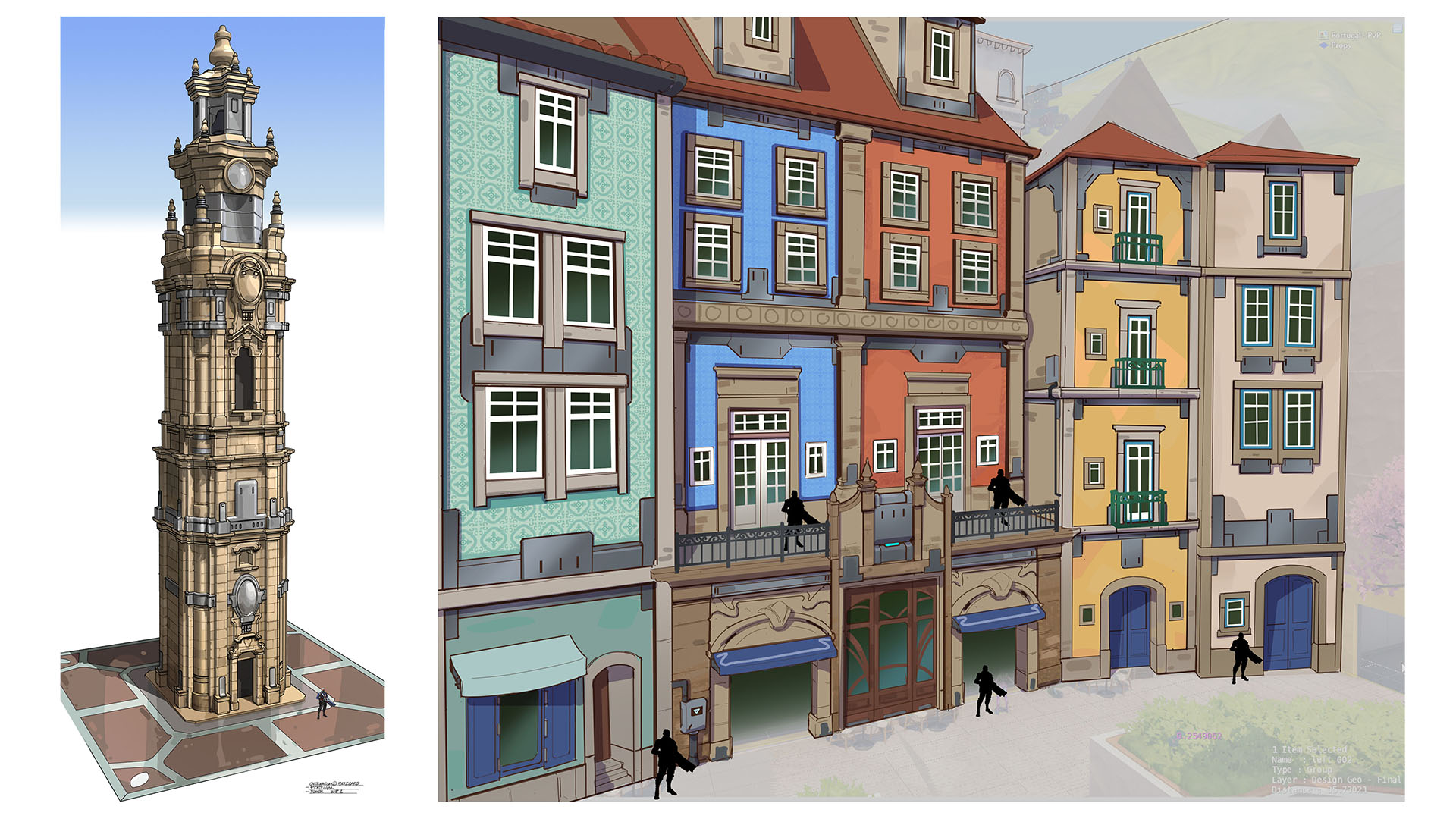 “Growing up in the country, it means a lot to me to design the colorful streets and old cities that I grew up in,” says Pinto. “These cities were built by the Romans, and people still use them to this day. To grow up in such an ancient city was incredibly special, and I’m proud to offer you that experience in Overwatch.”

The inspiration and the teams that worked on Esperança put an incredible amount of care into this map. For new players, veteran players, and player all over the world—Esperança gives our community a front-row seat on Portugues history, culture, sights, and sounds.

Pereira remarks, “All of this ties in so beautifully for what Overwatch is as a game—heroes come from anywhere and anyone.” We’re excited to see how players continue to discover, explore, and play on Overwatch’s latest push map in Esperança, Portugal!