Update: The Nexus Challenge is now live in Europe! Team up with a friend and start unlocking rewards today! The Nexus Challenge will activate around the globe over the next couple of days as soon as this week's patch becomes available for download in each region. 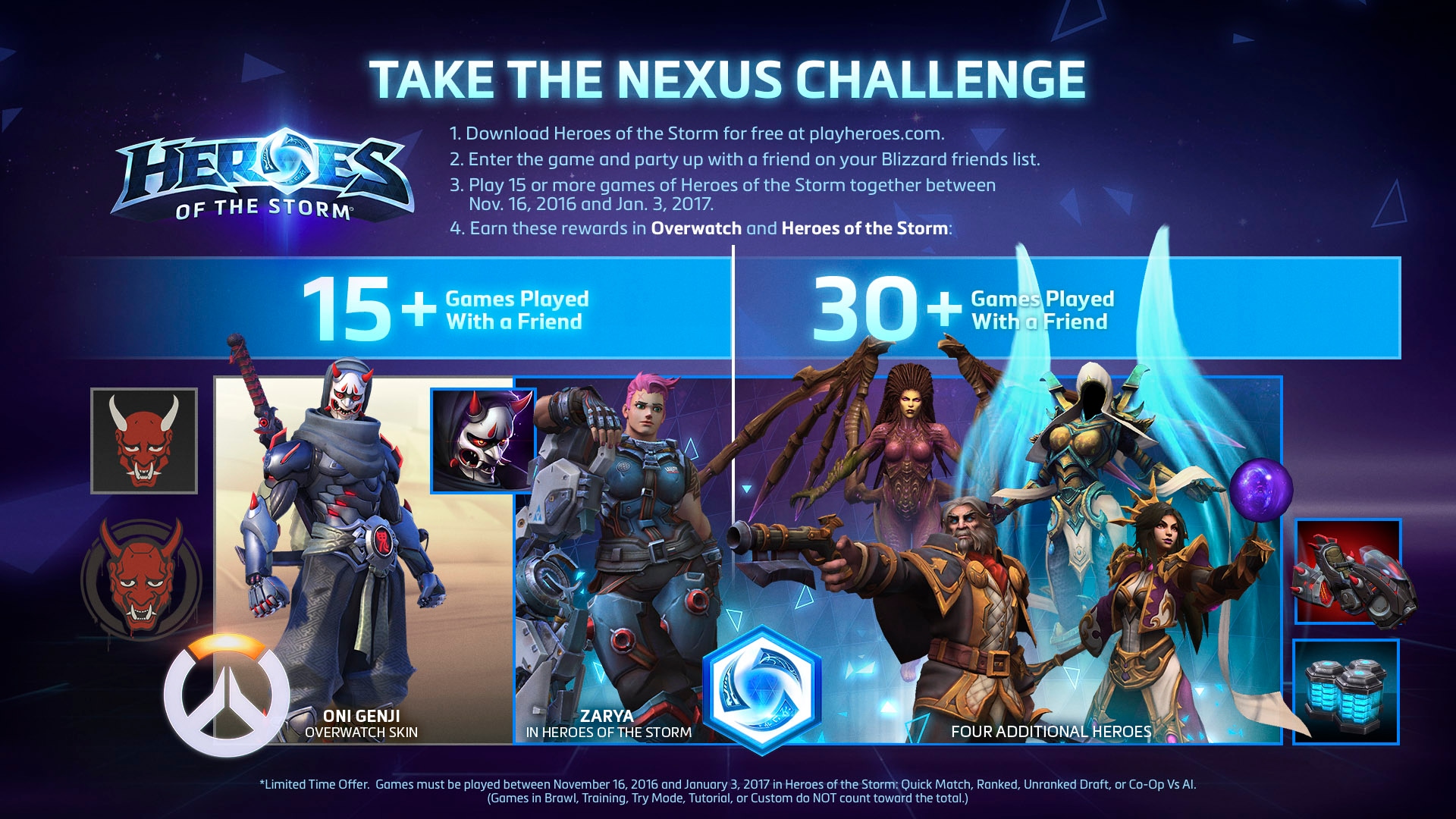