"You will never defeat me!"

Once the good and noble king of Khanduras, Diablo’s influence slowly turned Leoric to madness before he was slain by his own captain and raised from death to serve the Burning Hells as the Skeleton King. Rising from the Royal Crypts below the Tristram Cathedral, Leoric is ready to wade into enemy heroes with his towering mace and add to his army of the dead.

The Skeleton King is a melee Warrior that never truly leaves the battlefield, making him a formidable opponent not to be taken lightly. Skeletal Swing will slow enemies down while Drain Hope can weaken others and sustain you during the fight. Should anyone try to get away, Wraith Walk should help close the distance and seal their fate. If Leoric is brought down, the Undying trait will allow you to stay on the battlefield as a ghost until your health regenerates to full, putting you back in the action.

Be sure to check out Leoric’s Hero Page and spotlight video to get an even more in-depth look at this ghastly hero’s abilities! 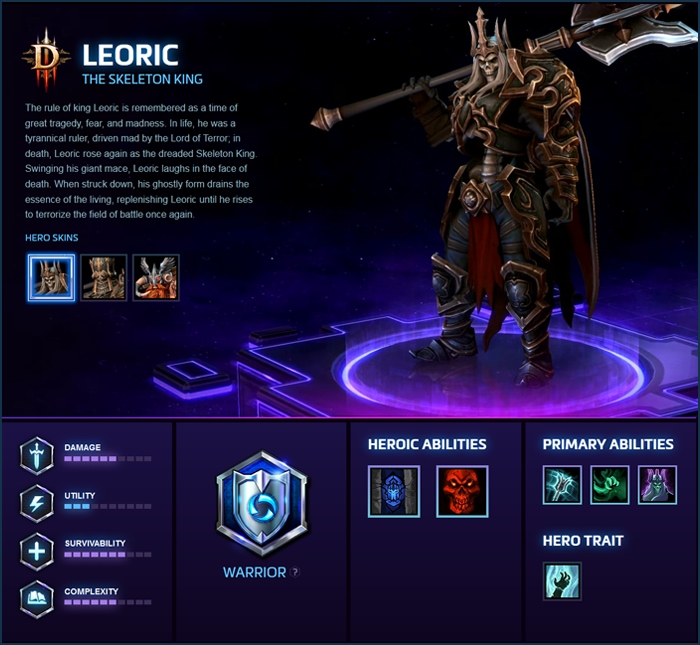 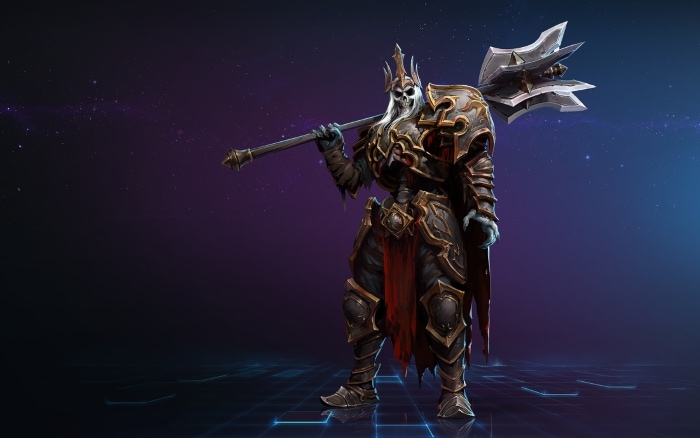