Conversations Around The Community: Ranked Play

We’d like to provide our perspective on some of the bigger topics we’ve seen discussed by the Heroes of the Storm community. In this blog, we’re going to focus on Ranked Play. We have a lot to cover, so let’s dive in.

Where We Are Today

Heroes of the Storm has several game play modes for different styles of play. This ranges from faster, more casual games in Quick Match to the competitive ranked modes—Hero League and Team League. While we’ve made a lot of progress, we realize that players still have lots of questions about how the system works and our future plans for the Ranked Play experience. We’d like to take this opportunity to clear up some of that confusion, and to discuss some of the improvements in the works.

Let’s start by talking about how your rank is presented and what it means.

Each player (or team) is assigned a rank that is a visual representation of their skill in a particular game mode. The lowest rank is 50, while the current highest rank is 1. Each number indicates the approximate percentile rank you fit in compared to the rest of the population, with each rank accounting for roughly 2% of the population. For example, rank 1 is intended to represent the top 2% of players in the game for their region. Not all players can climb to the highest ranks. Players will need to improve in skill to be able to beat better opponents and climb the ranks.

However, the current ranking system includes a progression aspect where players initially start at Rank 50 and climb through the ranks until they reach a plateau that accurately reflects their skill. Under the current system, a player’s rank may not truly reflect their skill if they are still making progress. This system has caused some confusion around Ranked matchmaking modes.  While we like the idea of progression and ranking up each season, we do not want it to come at the cost of an accurate ranking. To improve the accuracy of a player’s rank, we are planning to introduce a set of placement matches that players will need to complete before they receive an official rank. During this phase, a player’s rank will not be assigned or displayed. Instead, other players will see the player is in their “Placement Phase.”

Once they have completed their placement matches, the player will be assigned a rank that more accurately reflects their skill. We are still determining the exact number of placement matches required before players are assigned a rank. Players exploring a ranked mode for the first time will have to complete a larger number of placement matches. With each new season, the system will have a much better understanding of each player’s skill and fewer placement matches will be required before new ranks are assigned. After placing into a rank, players will carry on as they do today. Players will compete against opponents of similar skill level and earn Rank Points to climb the ranks.

After each ranked match, players will gain or lose an amount of Rank Points. The total Rank Points earned at the end of a game are a combination of two different types: Match Points and Bonus Points.

Bonus Points may also be awarded to players at the end of the game. Bonus Points are awarded to individual players on the winning team  if their personal skill rating (MMR) is outpacing their visible ranking. This can happen if a player wins several games in a row and can help get them closer to an accurate ranking.

While the goal of the ranking system is to have each rank represent approximately 2% of the population, rank 1 is currently an open ended rank for those who have reached a high level of skill. To recognize the best players in each region, we are planning to add a Grandmaster-equivalent rank above rank 1. 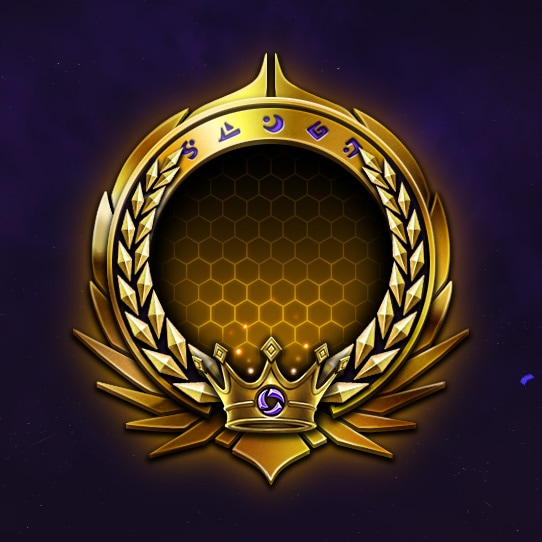 Players who are able to achieve this impressive level of play will be assigned a Grandmaster rank which shows the exact position of where they place amongst their fellow Grandmasters.  For those wanting to track the best players in their region, we’ll have a leaderboard available from within the game for all to see.

We are planning to have a Grandmaster rank for both Hero and Team Leagues.

As previously mentioned, Heroes of the Storm will have regular seasons in all Ranked Play game modes. We are discussing having each season be about 3 months in duration. Currently we are in the Preseason of Ranked Play. We are planning to remain in Preseason and not hold the first official season until sometime after the launch of the game. This will allow new players who were not in the Closed Beta phase the ability to get up to speed with the game and to meet the various Ranked Play requirements. This will also give us the opportunity to make many of the improvements described in this post before the first official season.

When we do hold the first official season, all ranks will be reset and players will need to play through their placement matches as described above. Based on your prior season’s performance and how well you played in your placement matches, you’ll be placed in an appropriate rank that reflects your skill. In addition, we’ll be carrying over your internal skill rating (MMR) from the previous season to help ensure matches will be even and balanced.

Finally, you will be rewarded for your efforts! Make sure to try your hardest, as you’ll be awarded based on the highest rank you attained for the season. You’ll receive recognition for your achievement in your Ranked Trophy Page we will be adding to your profile.  This page will allow you to track your Ranked progress from season to season.

Our latest addition to the Nexus, Team League, is a place for the most competitive and organized teams to battle in a Ranked Play experience. Since launching this feature, we have collected feedback internally and from the community. A few themes have really stuck out to us when processing this feedback:

We will be making a few changes to Team League to address these issues.

First, the gold cost to create a team was implemented to avoid a high level of team creation churn.We want teams to have a lasting identity that span across multiple seasons, but we don’t want teams to be unaffordable. To help with this, we’ve recently halved the team creation cost to 500 gold. We hope this change will help strike a balance between cost and low team churn.

We believe this change will produce a number of benefits:

As for ranking, each pre-made team would still have a team ranking as they do today. We would have a separate Team League ranking for those who play with pickup parties of five.

We’re looking forward to constantly evolving Ranked Play into a fun and competitive experience that everyone can enjoy. The feedback and testing we’ve received during the Closed Beta has been incredibly helpful and we thank our testers for the time they’ve spent in Heroes over the last few months. Our plan is to continue to improve Ranked Play even after the official launch of the game. While we do not a have a timeline for when these changes will be released, we are actively working on them and will get them into the game as soon as they are ready. As always, we’d love to hear your thoughts on these changes in the comment section at the bottom of the page.