You can get all of this content and jump into battle now for 34.99 € — all you need to do to get in on the action is fire up the Battle.net desktop app and click on the Heroes of the Storm icon, or visit the Battle.net Shop.

The Founder’s Pack gets you all of these Heroes and Skins at a discounted price, as well as the fierce and imposing Golden Cyber Wolf Mount, which can only be obtained through purchasing the Founder’s Pack or the in-game Battle Bundle (also priced at 34.99 €).

Founder’s Pack will also be available for purchase as a ‘Battle.net Digital Release’ code – please check with your select retail stores throughout specific European countries for availability*. 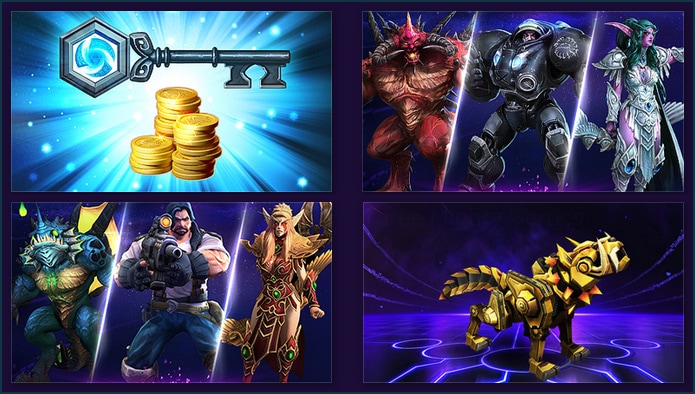 You can learn about other ways to get in on the action in our “Prepare for Closed Beta” blog. We also have more exciting stuff in store, including another epic giveaway, so make sure to stay tuned to our official site and on Facebook or Twitter for updates.