Please welcome Jaina, our latest addition to the Heroes of the Storm roster! 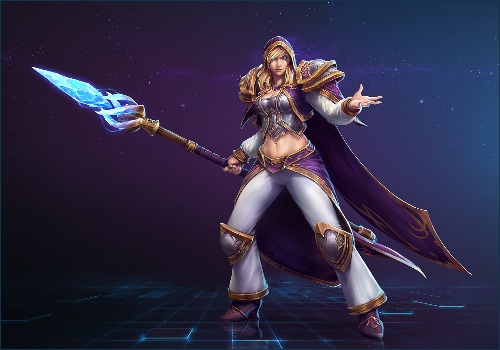 Click here to learn all about this chilling new Assassin.

Jaina Proudmoore has been added to Heroes of the Storm and is now available for play! Read on for a brief overview of her Abilities, and then check out Jaina’s Hero Week blog for more information on this absolutely chilling Assassin.