Tychus Findlay is a somewhat enigmatic Terran Marine from StarCraft II, who has been many things to many people. In Heroes of the Storm, Tychus takes on the role of a battle-hardened Assassin, and he's more than happy to let his massive gun do the talking.

Former soldier. Erstwhile thief. Convicted felon. Tychus Findlay and Jim Raynor share what some might call a checkered past—the type filled with daring exploits and courageous fights doing not so courageous deeds. While no one can be sure where Tychus' loyalties lie, one thing is for certain. He's a fearsome combatant whose impact on the battlefield is anything but subtle. Tychus always goes big. Always. 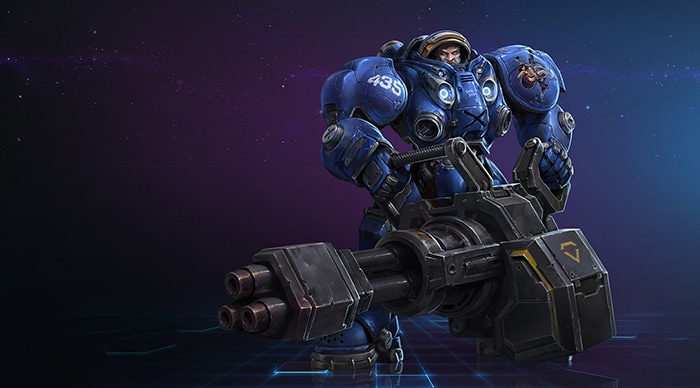 Tychus is ready for anything you can throw at him!

The first Tychus alternative skin we're revealing is one that is sure to delight any Zerg enthusiast! 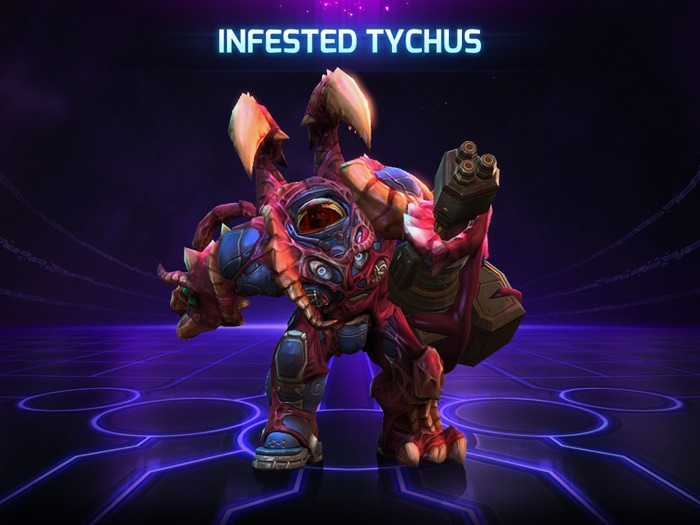 "Tychus is one of my oldest friends. He helped me out of a real bind a few years back. I owe him."

Over the years, many talented artists have tried their hand at illustrating characters from the StarCraft universe. Below are three fantastic pieces of fan art featuring none other than Tychus Findlay, which were submitted by artists from around the world.

The truth about Tychus Findlay's past is hard to come by. Stories about him are common enough, but distilling fact from fiction is another matter entirely. If you're interested in finding out more about this man of mystery, make sure to check out his character biography on StarCraft II's game guide, and this other related content:

We hope you've enjoyed Tychus week. What's been your favorite part? Let us know in the comments below, and remember to stay connected to the latest Heroes of the Storm updates by following us on Twitter, Facebook, and YouTube!

We have more Hero Spotlights lined-up and ready for deployment in a blog near you over the next few weeks, so stay tuned!