March of the Lich King is NOW LIVE!

Start marching now! Command your Undead army to join you in the March of the Lich King, now live worldwide with 145 new collectible cards, the new Death Knight class, the new Manathirst keyword, and more!

Death Knights are an entirely new class coming to Hearthstone, starting with this expansion. They have a new Hero Power called Ghoul Charge. For 2 mana, summon a 1/1 Ghoul with Charge! The shambling ghoul falls apart at the end of your turn, no matter where it attacks. Luckily, whenever a friendly minion dies, Death Knights get a resource called a Corpse that can then be used to power up their cards. 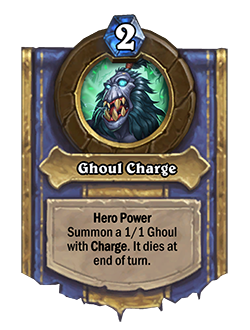 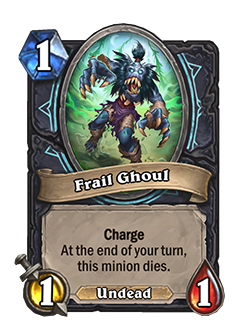 The Undead live! The Lich King commands a massive Undead army, which has now made its way to the Tavern. Starting with March of the Lich King, Undead will be a regularly appearing minion type in Hearthstone—hundreds of pre-existing minions, as well as many minions across this current expansion, will now have the Undead minion type. Additionally, minions can now have two minion types! Many past and present Undead minions have a second type that also describes them—like Undead Beast or Undead Dragon—but some non-Undead minions have had a second type added, too!

Some Undead have the keyword Reborn, a returning keyword that will be a regular part of the game going forward. Minions with the Reborn keyword are revived with one Health remaining the first time that they die. Reborn is great for minions that have powerful Deathrattle effects and for building up your Corpse count!

Facing the Scourge are the Blood Elves, fighting to defend their homes in Silvermoon. Classes aligned with the Blood Elves, and some Neutral cards, have the new Manathirst keyword. Cards with Manathirst get a bonus effect when you have at least the specified number of mana crystals. You don’t need to spend that extra mana, you just need to have it. Will you play your cards right away or hold out for a more powerful effect?!

You can check out the 25.0 Patch Notes and the official card library for more information about everything this patch entails. If you need extra recruits, the Pre-Purchase bundles are extended for one week after expansion launch. Once you’re ready, start marching today!