March of the Lich King Theorycrafting and Pre-Release Festivities

Join us starting on December 1 as your favorite content creators take the first steps into Hearthstone’s next expansion, March of the Lich King! In these theorycraft livestreams, Standard and Wild content creators will be coming together to give rise to what the new expansion has to offer. 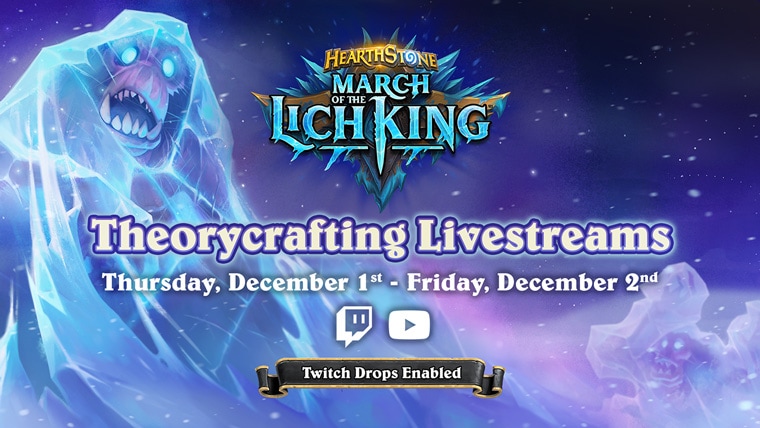 Invited players will be streaming their participation on their own personal streams, so make sure that you’re following your favorite Hearthstone content creators and tune in when they go live during the following time periods:

* Players in these categories will choose one of the two six-hour time slots. 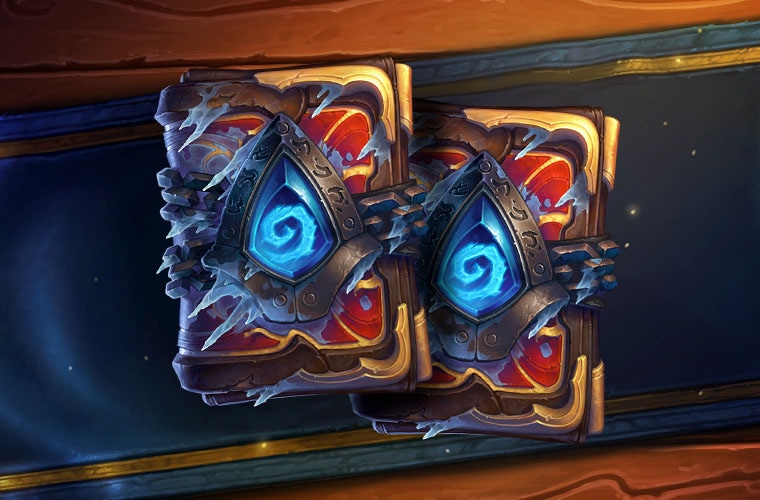 From 1:00 a.m. December 1 to 7:00 a.m. PST December 2, watch a total of 2 hours of any Twitch stream across the Hearthstone category to earn 1 March of the Lich King card pack! Watch for another 2 hours and earn a second March of the Lich King card pack! Card packs will be locked until the expansion launches on December 6. You must link your Twitch and Battle.net accounts for your watch time to award drops.

Update: The time period for Twitch drops has been corrected to match the time frame of the theorycrafting event, as listed above.

We often include specific non-disenchantable cards as part of Reward Tracks, Events, Achievements, and Shop purchases. Starting with 25.0, if you claim one of these, but already own a lower quality copy that’s disenchantable, you’ll get a popup that offers to re-roll the lower quality copy to a different card of the same rarity from that card set.

For example, Diamond Grand Magister Rommath is on the March of the Lich King Tavern Pass. If you already own Golden Rommath when you claim the Diamond, you’ll immediately get a popup offering to reroll Golden Rommath into a different March of the Lich King Golden Legendary (which, of course, respects duplicate protection). Furthermore, this feature also applies when you find a Signature card in a pack! Happy collecting!

Head over to FiresideGatherings.com to register your private event!

In light of the ongoing health risks associated with in-person gatherings, the ability to create public in-person events is still disabled at this time.

Private Fireside Gatherings will NOT: