Join King Bagurgle and the rest of the Murlocs for this weekend’s Battlegrounds: Lobby Legends! With $50,000 (USD) on the line,16 of the top players from around the world will face off to see who is the best in the tavern during the seventh Lobby Legends of the year. We’re also continuing the excitement with the “Tavern Buddy” Twitch Extension on our official English Twitch broadcast, allowing viewers to challenge each other in a variety of games as they watch all the action.

You’ll also want to pay close attention to the strategies on display, as the top players on the Battlegrounds leaderboards at the end of October will have a chance to advance to the ninth and final Lobby Legends of the year. And to celebrate the incredible first year of Battlegrounds: Lobby Legends, we are doubling the final events prize pool to $100,000 (USD), taking place December 3-4! 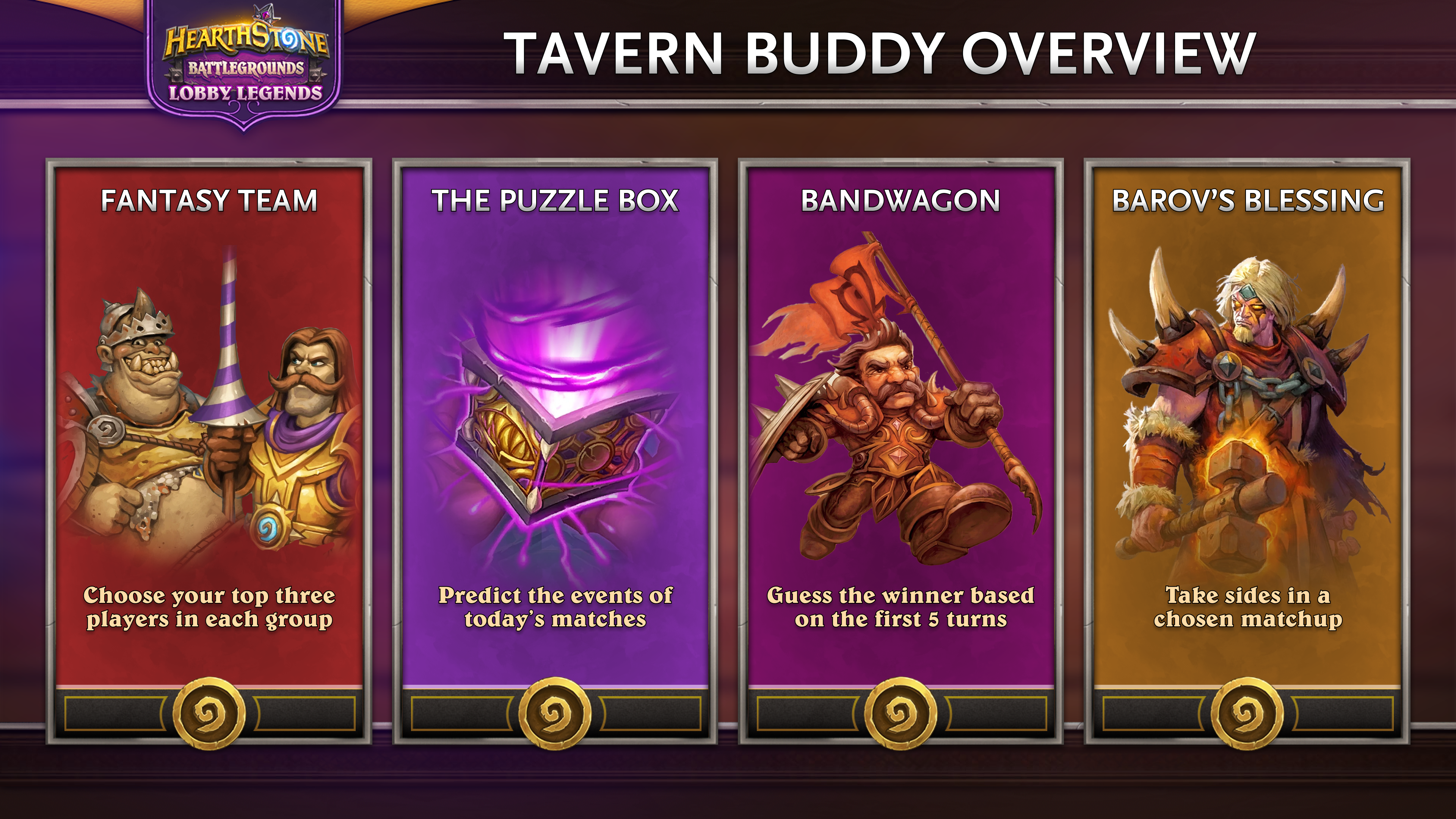