Patch 24.6 is nearly upon us, and it’s a big one! To cram it all in, we’re giving a sneak peek at some of the new features and more to look out for, coming soon.

It all kicks off on November 1 at 10 a.m. Pacific Time on our Announcement Stream, where we’ll reveal Hearthstone’s next expansion and more! Tune in to Twitch.tv/playhearthstone for just 15 minutes of the roughly 30-minute Announcement to earn a free Murder at Castle Nathria pack, but make sure you show up on time because you’ll want to catch the whole show! If you haven’t done so already, be sure to link your Battle Net and Twitch account to be eligible for Drops. 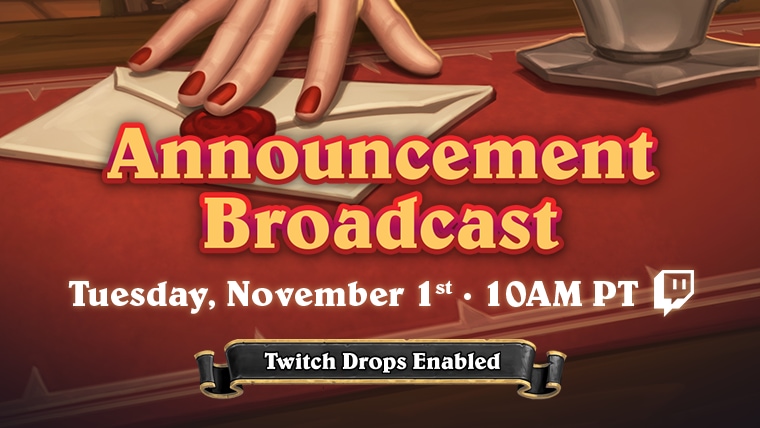 Hallow’s End is Nearly Upon Us

Hallow’s End is coming with Patch 24.6. We go big this year with some fun new things and the return of some old fan favorites. Details will be shared soon!

This first Battle Bash is the Hallows End Collection, featuring 10 items, including two Legendary items (one Legendary Board and one Legendary Strike) and more. Entry to this Battle Bash can be purchased for money or 1000 Runestones, and players will immediately get two Bashes with purchase.

On top of that, all players get one random Bash for free! That means everybody gets a holiday treat, whether they want to participate or not, and that those who do buy entry need seven Top 4 finishes to get all 10 prizes.

Starting in Patch 24.6, we’ll be updating our Tasks system. Tasks have been an important part of Mercenaries since the mode first launched. We like that Tasks are a way for players to get free Coins, Packs, and more to help grow their collection and strengthen their Mercs as they play. We’ve improved the Task system a couple times since launch, making it much easier for players to get new Tasks and keep the Task chain rolling. Starting in Patch 24.6, we’re opening them up even more: all Task Chains will be available at all times! 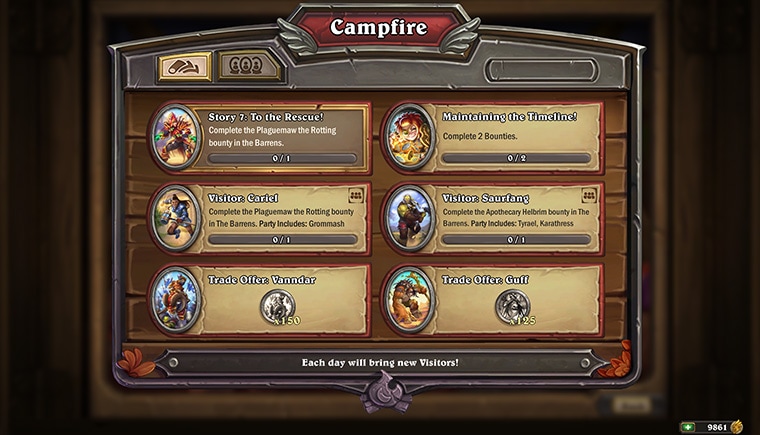 Task progress will be determined by the Mercs actively in your Party at that time. That means you can choose exactly which Task chains you want to work on, and when, and progress up to six Tasks chains at once!

In Patch 24.6, we’re also introducing a new Renown system that will let players exchange excess coins for coins of Mercs they own, but haven’t yet Maxed. Your excess coins can be converted to Renown at any time, then exchanged at the Campfire. With Tasks now being available at all times, the Campfire daily reset will instead feature offers to exchange Renown for coins for Mercs they haven’t Maxed. The daily reset will also include some miscellaneous general Mercs Tasks, not tied to any current Task Chain, mixed in with those Renown exchange offerings.

Keep an eye out for the 24.6 Patch Notes, coming soon, for more information about Renown and the new Task updates!

Starting with Patch 24.6, new and returning players* will have an upgraded free deck experience. Instead of being immediately asked to choose a free deck to rejoin the ladder with, they will be able to test six loaner decks for one week before selecting one to permanently add to their collection for free! We’re excited that this will give new and returning players a variety of options to immediately jump onto the ladder with, and help them make a more informed decision about how they want to reignite their collections.

* Includes players who didn’t play the Murder at Castle Nathria expansion. See the official post for decklists and eligibility details.

That’s all we have to share right now. Make sure you tune in to the Announcement Stream on November 1, at 10 a.m. Pacific for the rest of the big news. We’ll see you there!