A New Champion Has Been Crowned at Masters Tour Online: Asia-Pacific! 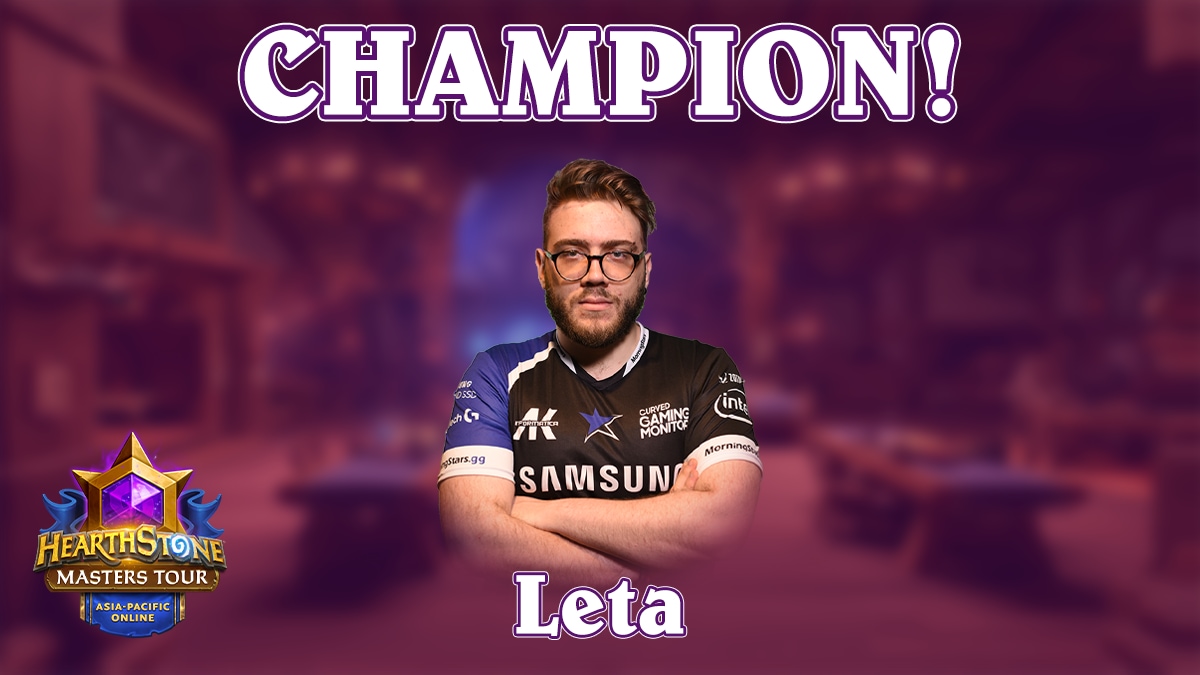 Following another incredible weekend of Hearthstone action, Simone “Leta” Liguori is the newest Masters Tour champion! Leta, continuing the streak of European champions, defeated Nozomi “Alutemu” Yashima in the finals 3-1. With his victory, Leta finishes the weekend with $32,500 in champion prizing, the Masters Tour champions trophy, and one step closer to securing a promotion to Grandmasters at the end of 2020!

Leta’s run at the championship began after he secured his Top 8 spot with an 8-1 record in the initial swiss rounds. Leta started off the third day of Masters Tour Online: Asia-Pacific facing Americas Grandmaster David “JustSaiyan” Shan in the first round of the Top 8. Following the 3-1 defeat of JustSaiyan, Leta moved onto face European Grandmaster and former teammate Raphael “Bunnyhoppor” Peltzer in the semifinal, where he triumphed 3-2. With only one Grandmasters region left to conquer, Leta went up against Asia-Pacific Grandmaster Alutemu in the final match. It was an intense final, with Leta taking the first game before falling to Alutemu in the second. Leta made quick work of the final two games, ultimately finishing the tournament in style as he showcased a masterful use of Galakrond Stealth Rogue to defeat Alutemu’s Highland Hunter and secure the championship. 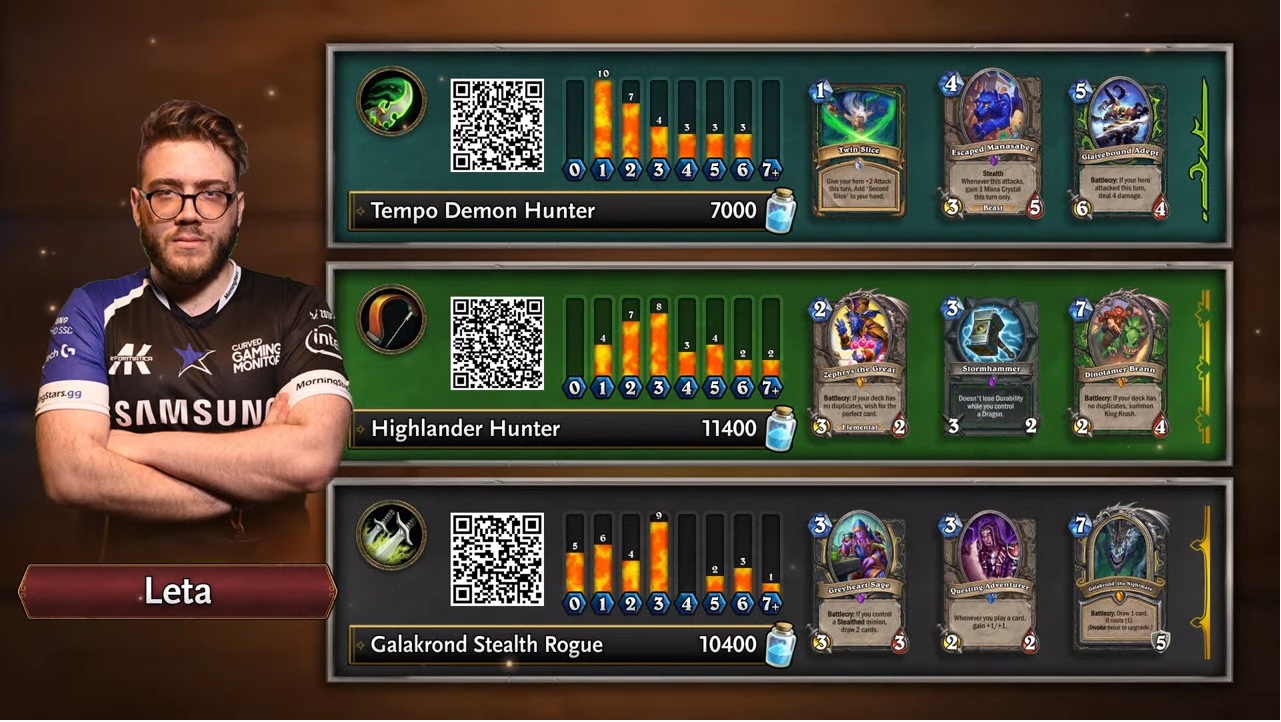 Breaking a remarkable Masters Tour streak by the French, Leta is our first Italian champion. With only Masters Tour Online: Montreal and Master Tour Madrid left in 2020, this victory propels Leta near the top of the European promotion table. He will have a difficult fight over the next two events to secure his spot in Grandmasters 2021 Season 1.

You won’t have to wait until Masters Tour Online: Montreal on September 11-13 for the return of competitive Hearthstone, as Grandmasters Season2 begins on August 14. Who will secure their spot in the World Championship and who will be relegated? Be sure to catch all of the action on YouTube.com/HearthstoneEsports. We’ll see you in the Tavern!