The gates of Gurubashi Arena have been thrown open! As the thundering of drums fills the air, the teams make their way into the ring to battle for the glory of their Loa in Hearthstone’s newest expansion: Rastakhan’s Rumble!

For a limited time, log in to claim 6 Rastakhan’s Rumble card packs, as well as a random Legendary Loa and 2 copies of the Spirit card for the same Class—FREE!

King Rastakhan, the all-powerful god-king of the Zandalari trolls, presides over the once-a-generation event held in his name. The toughest trolls in history have gathered into Loa-fueled teams for this knock-down, drag-out, no-holds-barred, rough-and-tumble, beautifically brutal gladiatorial celebration of all things troll: Rastakhan’s Rumble!

In Rastakhan’s Rumble, visit the storied Gurubashi Arena in the steamy jungle of Stranglethorn Vale, a sacred place steeped in both the glories of the past and the unbound reckless joy of the fight!

Just remember the rule of the Rumble:

THERE ARE NO RULES! 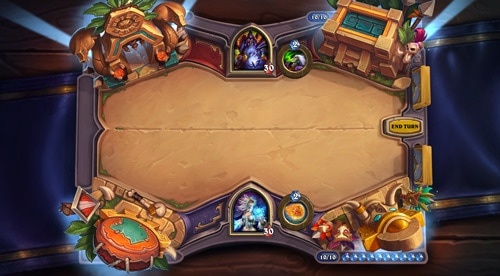 It’s not enough to strike the final blow – the brawlers at Rastakhan’s Rumble aim to entertain! Put your prowess on display with flashy, over-the-top finishes, and you’ll activate the power that the new Overkill keyword grants to your cards. 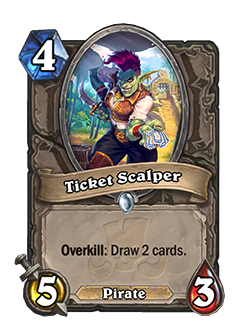 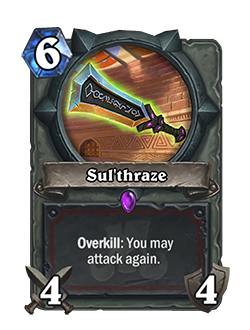 When a card with the Overkill keyword deals more damage than is required to destroy a target (on its owner's turn), it activates a bonus effect!

We are the Champions, My Trolls

Each of the teams has a Legendary Champion—a most-valuable-rumbler who specializes in the fighting style of one of Hearthstone’s nine Classes. These mighty trolls are heroes and villains of history who have proven their mettle in previous rumbles—though there are a handful of upstarts shaking things up this year! 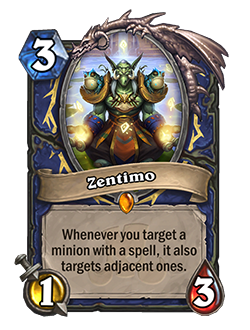 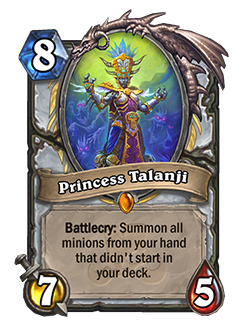 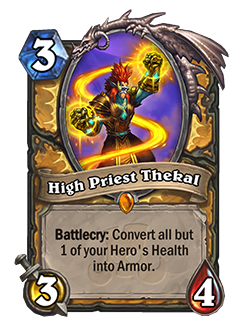 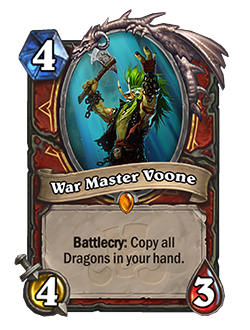 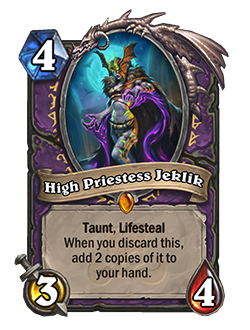 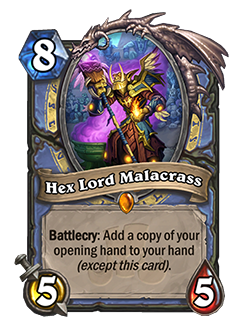 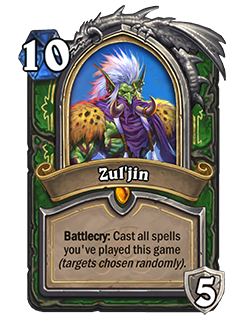 There is one Legendary Champion minions for each the nine Classes, and they have powers and abilities that compliment their team Loa and Spirits.

Loa on a Prayer

The Loa are incredibly powerful primal gods that have been figures of worship for thousands of years in troll culture. Each team in the Rumble has a patron Loa, who carefully picks mighty gladiators that best embody their spiritual essence. 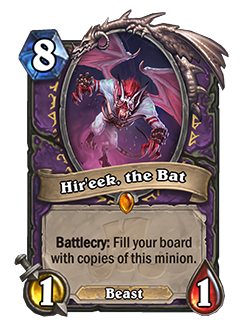 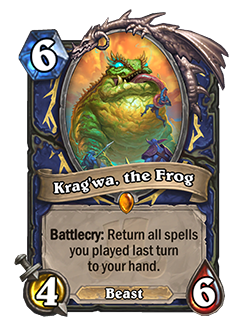 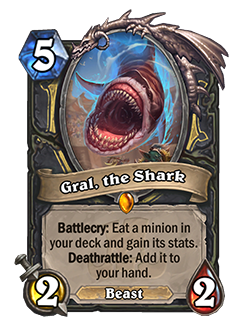 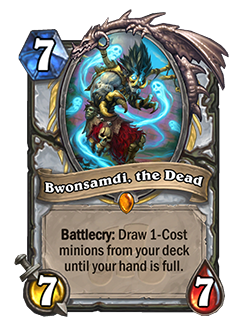 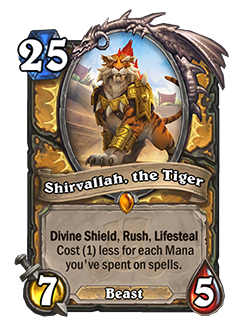 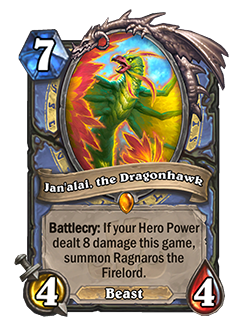 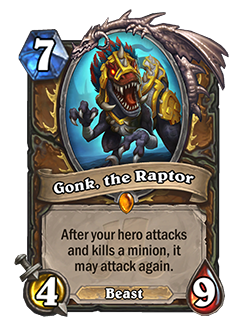 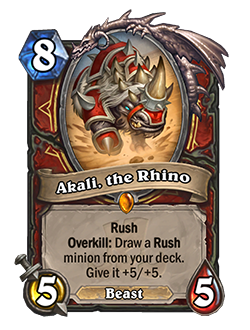 Loa are Legendary minions who bring ancient power to the fray right alongside their team’s Champion and Spirits to gain victory!

Manifestations of each Loa’s power, Spirits are 0/3 minions that pack potent passive abilities. To help make sure you have a shot at making the most of the power you’ve been granted, each Spirit has Stealth for one round! 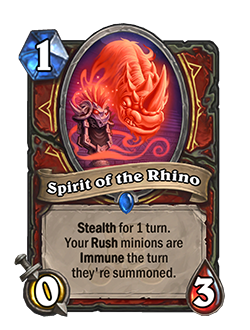 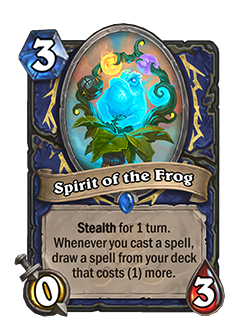 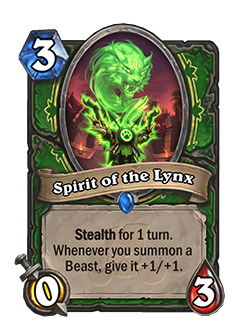 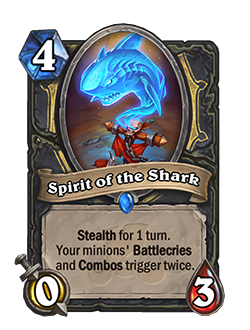 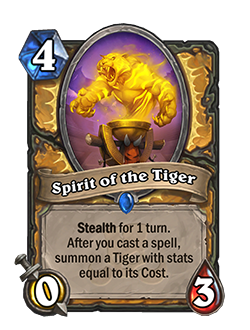 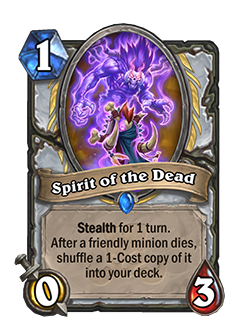 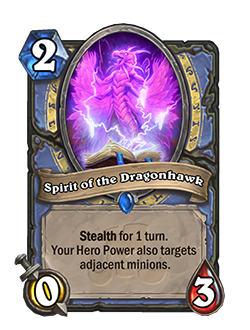 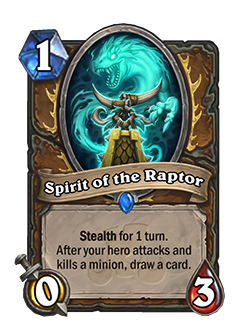 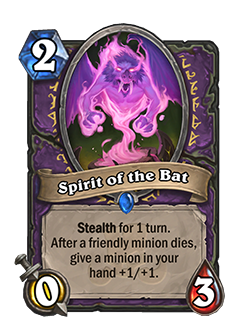 Often the cornerstone of the synergy between Champion and Loa, these Rare quality minions can be the backbone of a good Rumble team. Because they’re Rare, you can put two Spirits in your deck!

Soon, you’ll be able to take up the mantle of a young, fiery, aspiring rumbler, ready to join a team and test his might against a colorful array of Rumble champions in a brand-new single-player experience: the Rumble Run!

Read up on Rikkar’s adventures getting into the Rumble before his road to stardom begins in Rumble Run: