BlizzCon 2018 is in the books, and we hope you had as much of a blast as we did. Whether you made it in person or joined us from home with the Virtual Ticket, we’d like to extend our heartiest thanks—as always, you’re the ones that make BlizzCon truly epic. It was a big year for news at the show, the esports competition kept us constantly at the edge of our seats, and we got to check out some of the most inspiring cosplay we’ve ever seen.

Here are some of the highlights from this year’s show:

Diablo Immortal, an authentic Diablo experience in the form of a mobile MMO Action RPG, complete with six classes, eight distinct environments, and a custom Blizzard Battle.net interface that keeps you in constant contact with your fellow demon-slayers. 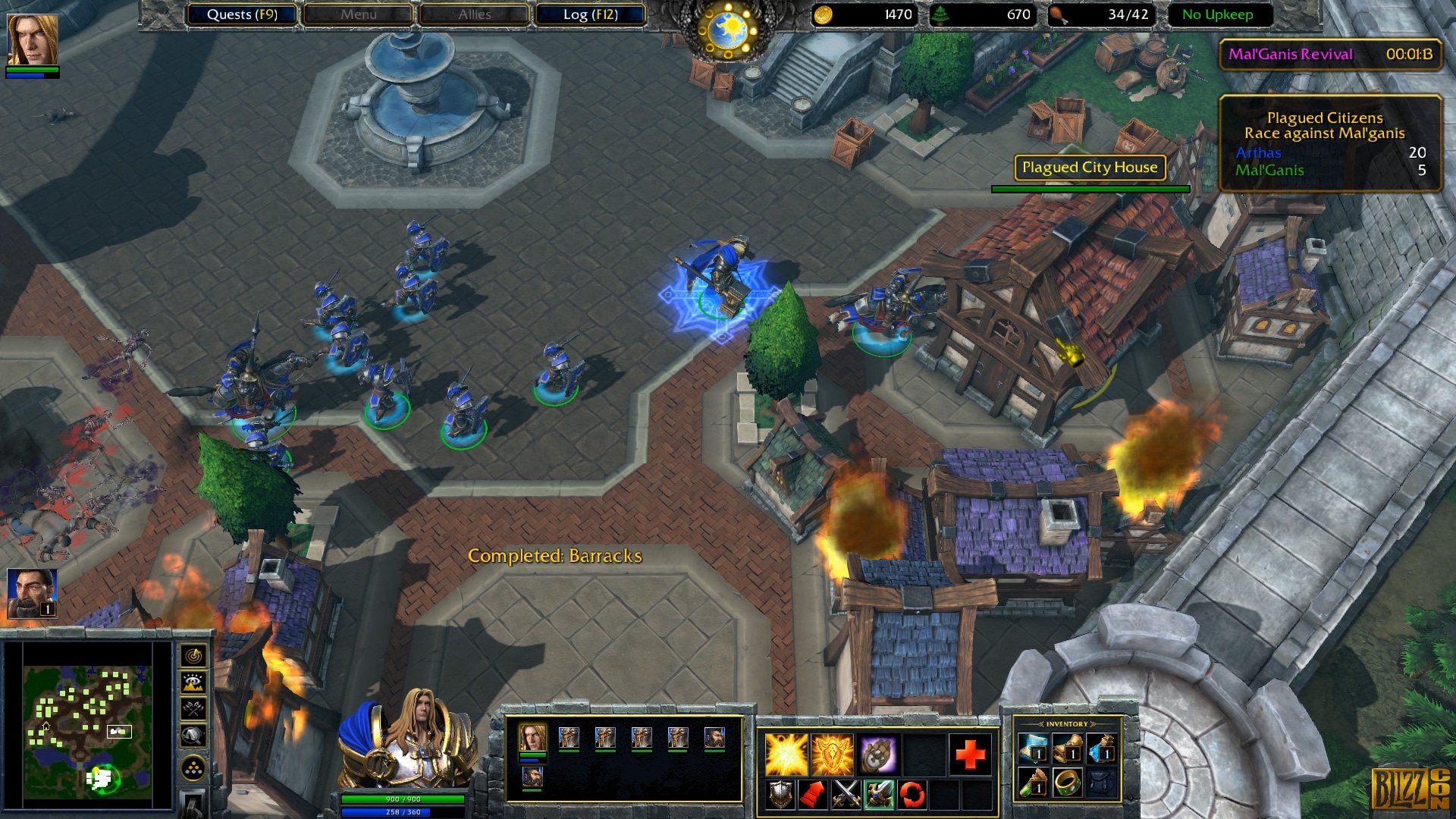 Rastakhan’s Rumble, the newest expansion for Hearthstone, which gives players top billing on the ticket of the century: the troll King Rastakhan’s once-per-generation gladiatorial throwdown at the legendary Gurubashi Arena! Get in the ring with 135 new cards, an all-new single-player mode, and more.

Ashe, Overwatch’s newest hero, leader of the outlaw Deadlock Gang, and a versatile damage dealer with a lethal bag of tricks. Problems she can’t solve with her lever-action rifle, short-range coach gun, or a well-placed bundle of dynamite can be adequately handled by Bob, her faithful omnic companion, who has robotic muscle to spare.

Orphea, the first Nexus native to join the Heroes of the Storm roster and daughter and heir of the mysterious Raven Lord. Orphea is an accessible ranged assassin with a high skill-ceiling whose command of powerful ancestral magic and rhythmic playstyle reward bold tactics.

Rise of Azshara, World of Warcraft: Battle for Azeroth’s second major content update. The Alliance and Horde will rally to Nazjatar, the sunken home of the naga, where they’ll ultimately confront Queen Azshara herself. Attendees also got more info on Tides of Vengeance, the first major content update coming in early December—including its first raid: the Battle of Dazar’alor.

A sneak peek at World of Warcraft Classic, coming in the summer of 2019. BlizzCon attendees and Virtual Ticket holders get access to the playable BlizzCon demo at home till November 8. If you want in, there’s still time—just pick up a Virtual Ticket. 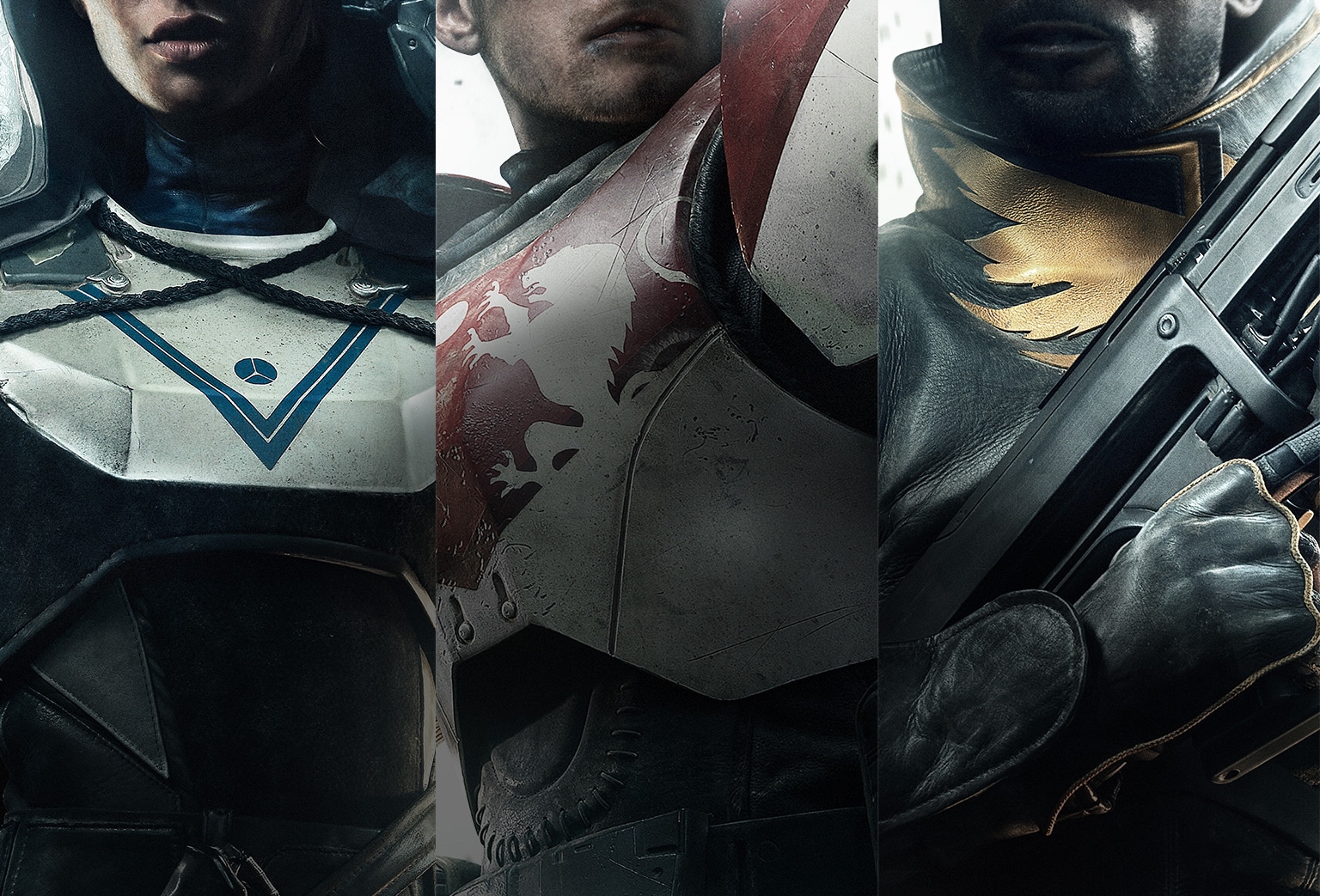 Bungie and Activision are giving away Destiny 2 free to new players on Blizzard Battle.net! If you’ve yet to jump in, you can claim the base game as a free gift on your Battle.net account through November 18. Meanwhile, seasoned Guardians who had already purchased Destiny 2 will get their hands on a special in-game emblem in December commemorating the one-year anniversary of Destiny 2’s release on Battle.net. Read the announcement for all the details. 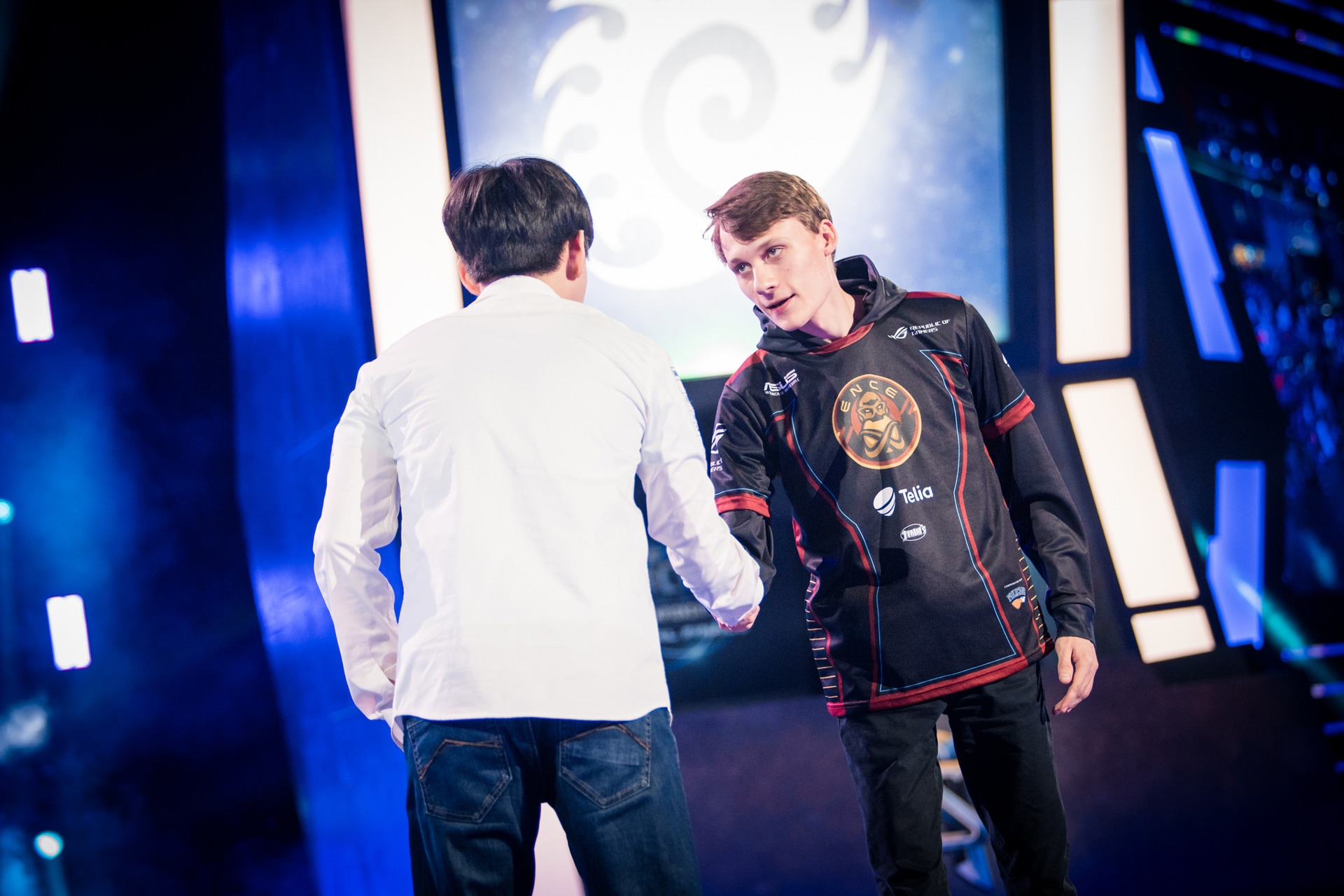 It wouldn’t be BlizzCon without some epic esports, and this year was no exception. Congratulations to this year’s champions! Joona “Serral” Sotala made history this weekend, becoming the first non-Korean player to the StarCraft II World Championship Series; Gen.G took the crown in the Heroes of the Storm Global Championship; China emerged victorious at the Hearthstone Global Games; Method Orange won the World of Warcraft Arena World Championship; Free Marsy took home the trophy in the Mythic Dungeon Invitational All-Stars; and South Korea asserted their dominance once again at the Overwatch World Cup.

Congrats again to the winners, and GG to all the competitors—this BlizzCon was one for the history books. 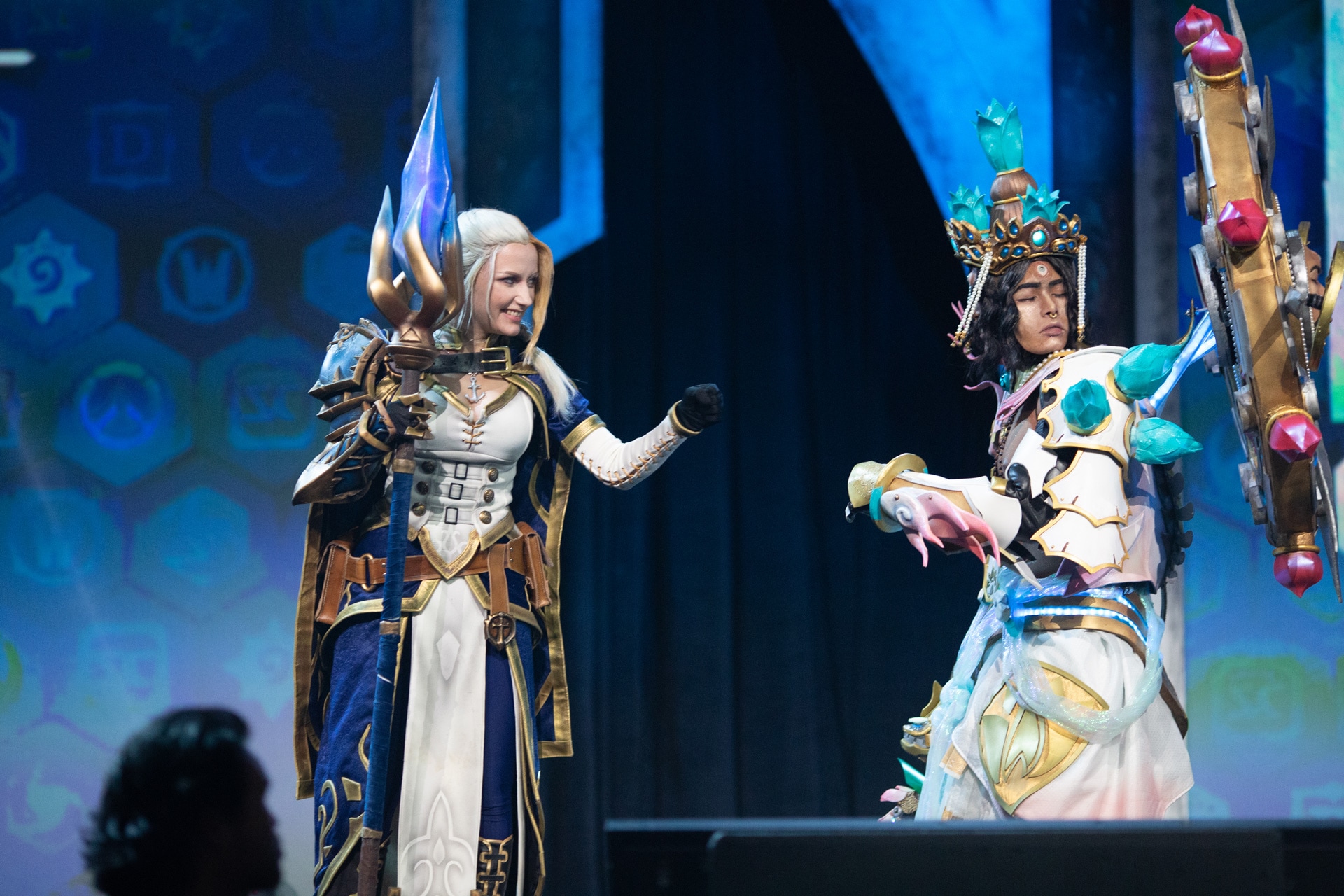 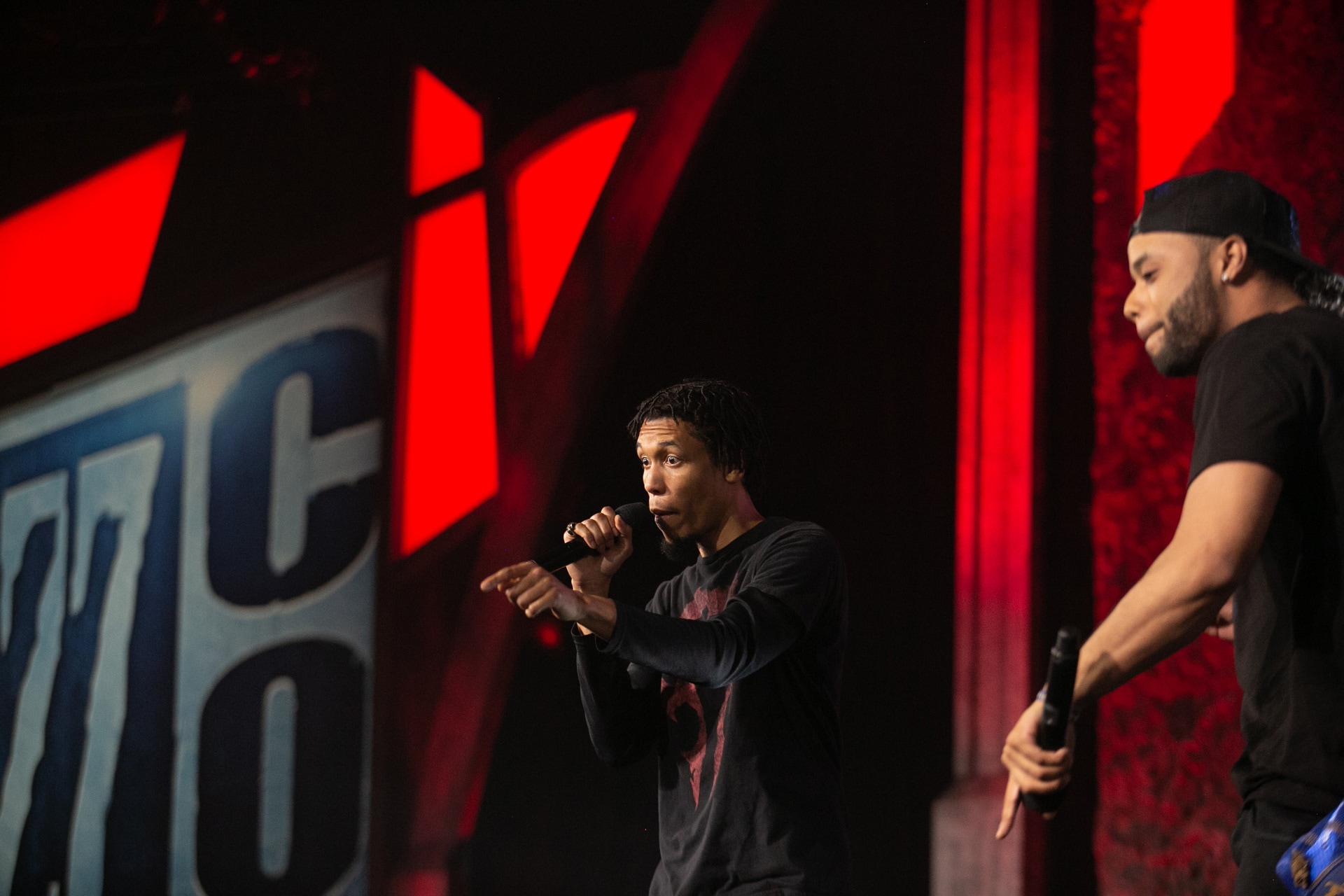 This year’s Community Night renewed our awe for your talents and commitment. We’d like to express huge gratitude for everyone who participated in the various categories—there was truly amazing work on show all around. Join us in extending special congratulations to our winners.

The cosplay field was jam-packed, so let’s stand and salute for: The Egg Sisters for Cosplay, Individually Crafted; Pink Spear Tribe for Cosplay, Group; Aoki for Cosplay, Large Fabrication; Narga for Cosplay, Artisan; and Kelton Ching for Cosplay, Overall, who proved without a shadow of doubt that it is indeed possible to be simultaneously mystified and terrified.

Meanwhile, Michigan’s Have No Fear took the Talent competition with a stirring, epic anthem that kept the crowd on its feet.

Finally, let’s hear it for Rui “Linxz” Zhang for winning the Art contest with The Council of Three Hammers, a stunning depiction of a pivotal moment in the history of the dwarves of Azeroth.

Once more, huge thanks to all of you for making BlizzCon what it is. You’re the reason we do this, and we look forward till the next time we meet!

For Honor and Friendship,

Your friends at Blizzard Entertainment