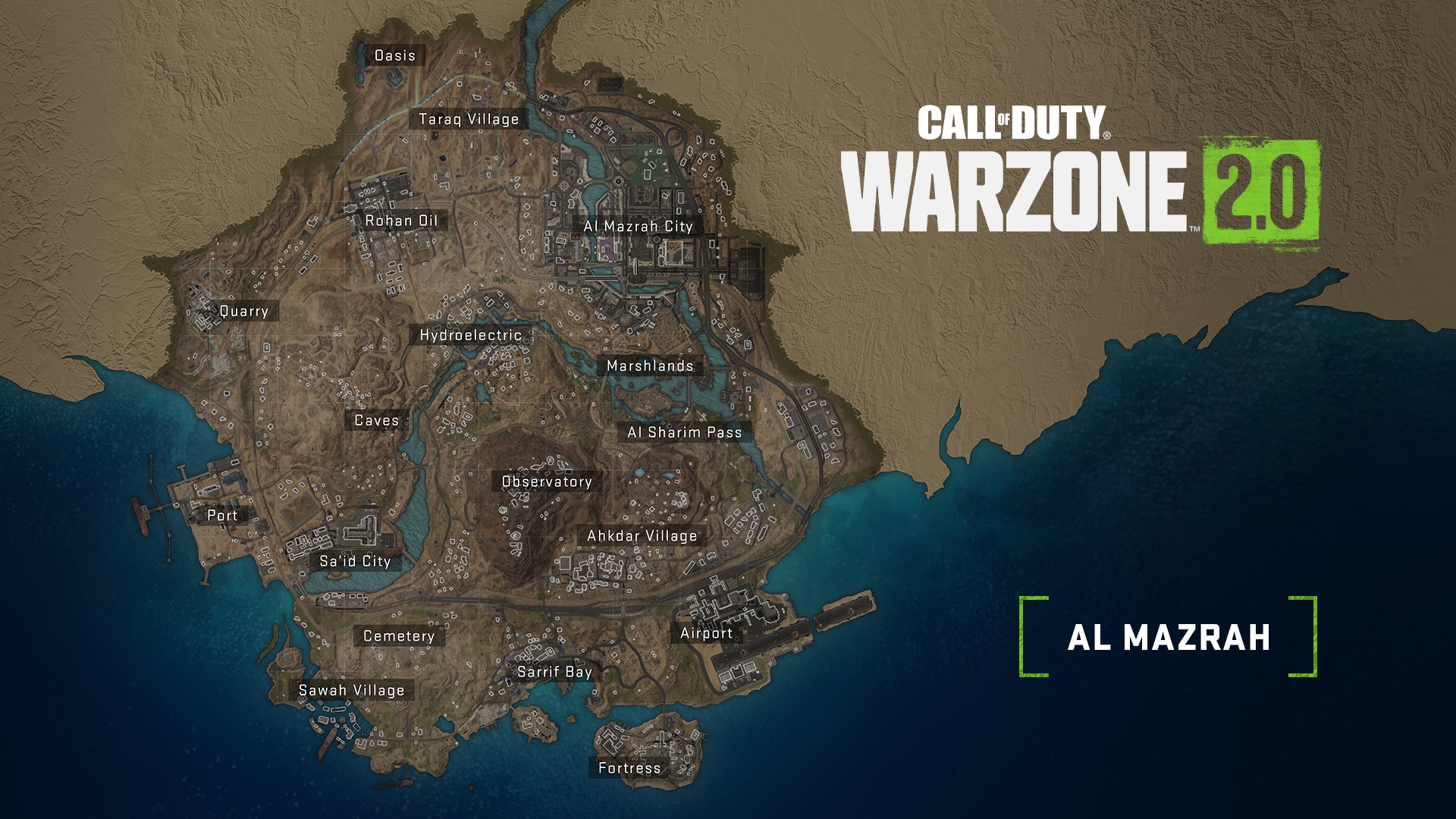 As shown at Call of Duty: Next, Call of Duty: Warzone 2.0, the sequel to the seminal Battle Royale experience over 125 million players dropped in to play, is set to arrive this November 16, as part of Modern Warfare® II’s Season One.

NOTE: For full reveal details on Call of Duty: Warzone 2.0, make sure you read the Announcement Blog before continuing.

New DZ Identified — Get Ready to Drop in!

As part of this announcement, we are excited to introduce Al Mazrah, a brand-new map for Call of Duty: Warzone 2.0.

This massive metropolitan area plays an equally gigantic role within the Modern Warfare II universe, featured within the Campaign and a pivotal part of the events following it.

Just like in Call of Duty®: Modern Warfare® (2019), consider Al Mazrah and its major points of interest as your new home for a variety of missions: four-player special operations, 6v6 squad battles, Ground War operations, up-to-150-player Battle Royales, and more.

Additionally, if you’ve been playing Call of Duty for a while, this new home might be more familiar than you think.

Here is your initial intel on Al Mazrah: 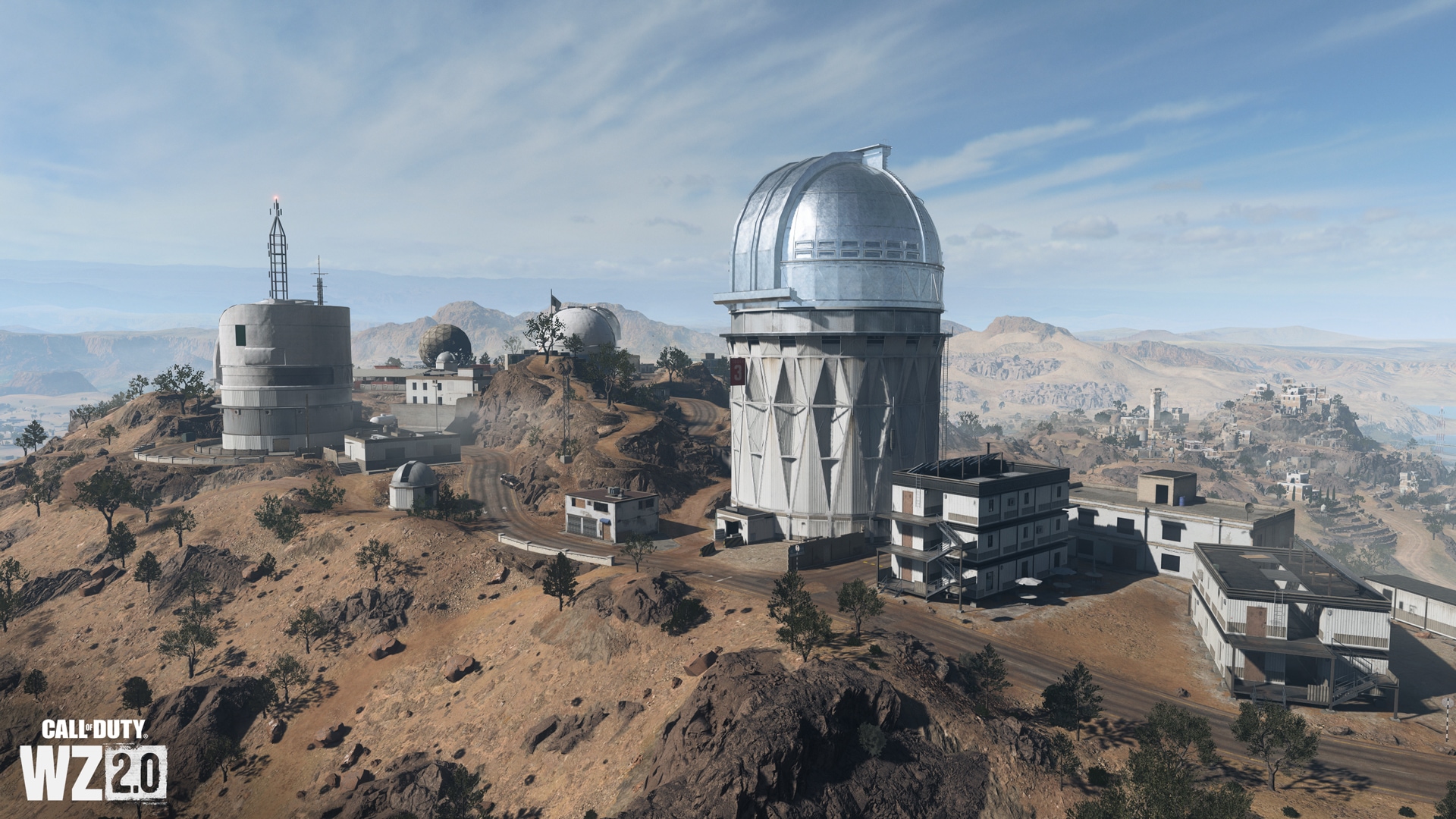 Located in Western Asia, the Republic of Adal defines just a small part of the original cradle of civilization, an unfortunate result of modern state lines being drawn to control the gifts it gives to the world.

No other place in the world has an abundance of natural resources right on a coast that sees an incredible amount of international trade. And that is what makes it a battleground for foreign powers at the cost of the local population.

The capital of the Republic of Adal is Al Mazrah, a fountain of strategic and luxury resources that fostered life thousands of years before the Common Era. Its history stretches through some of the greatest empires in history, as reflected in the ancient architecture across the capital.

Your missions will take place at the southernmost tip of Adal, rather than in the deserts controlled by masses of enemy troops to the north.

Starting from that northern boundary, these are Al Mazrah’s major points of interest: 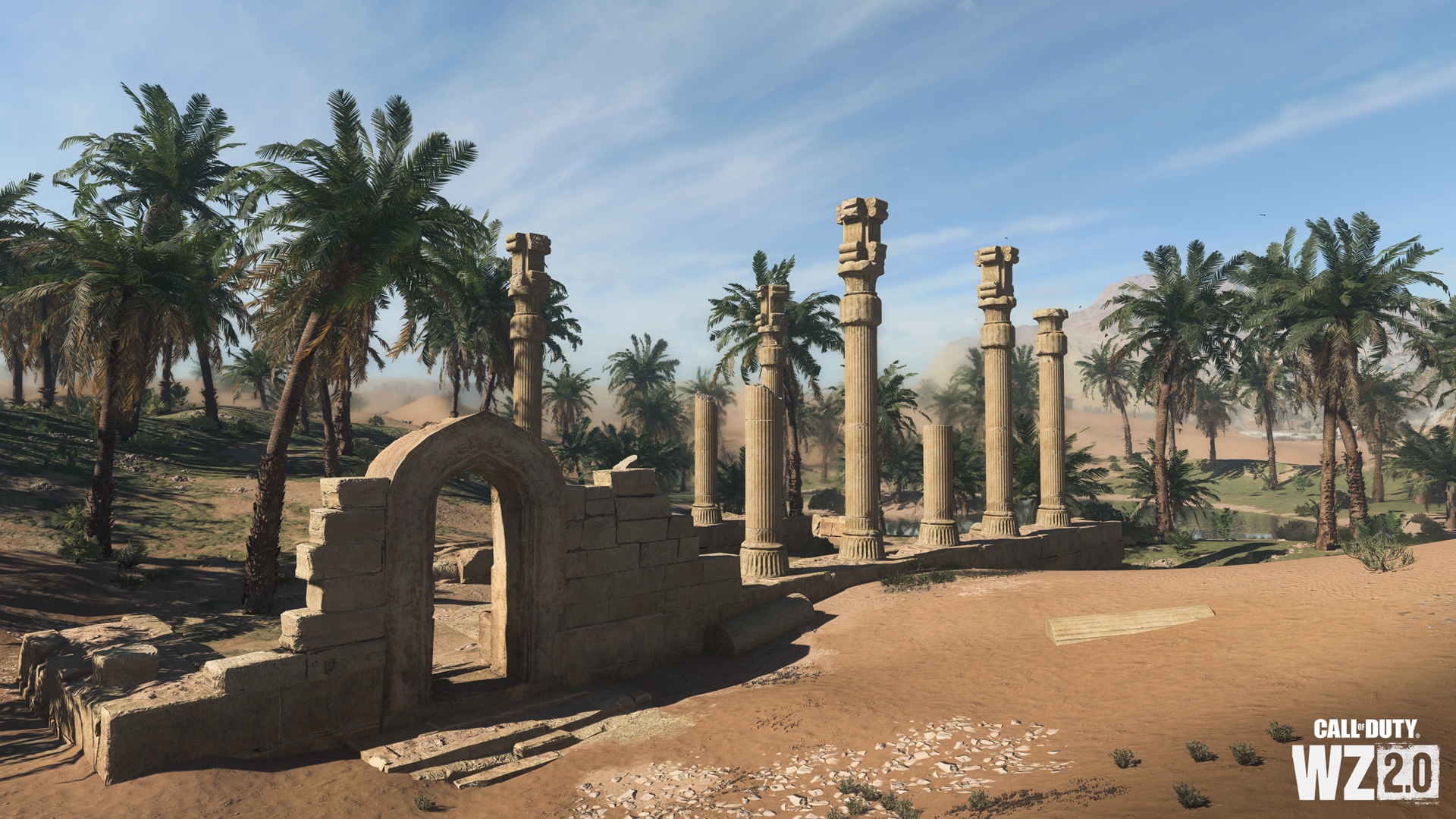 Several pools of fresh water and palm trees offer respite from the desert beyond it. Note the ancient ruins — this small area was once a means of life in a bygone age. 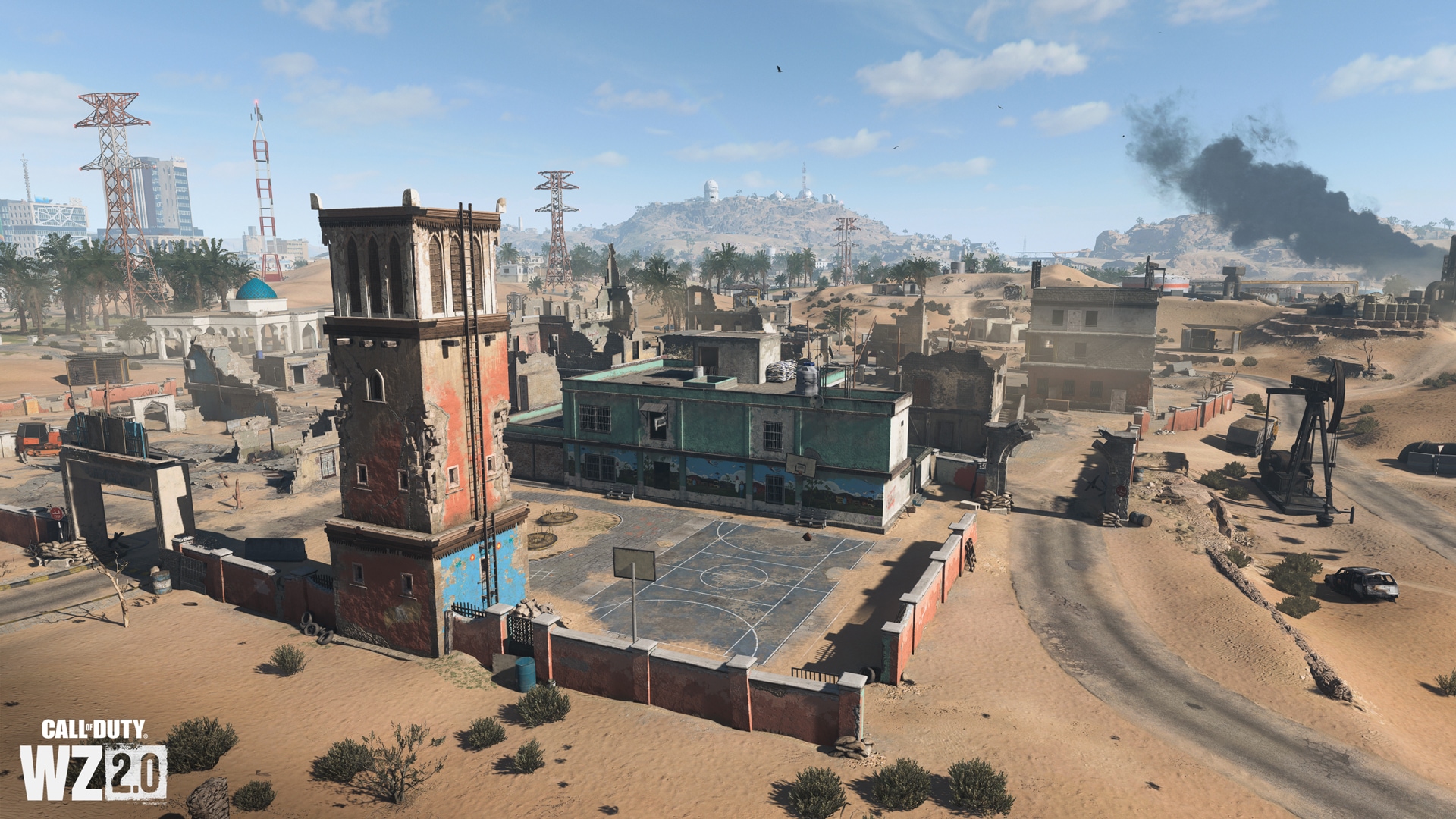 A United Offensive reduced this once peaceful village to mere Rust and rubble. The tight confines of these areas make it conducive to small squad combat, especially duels. 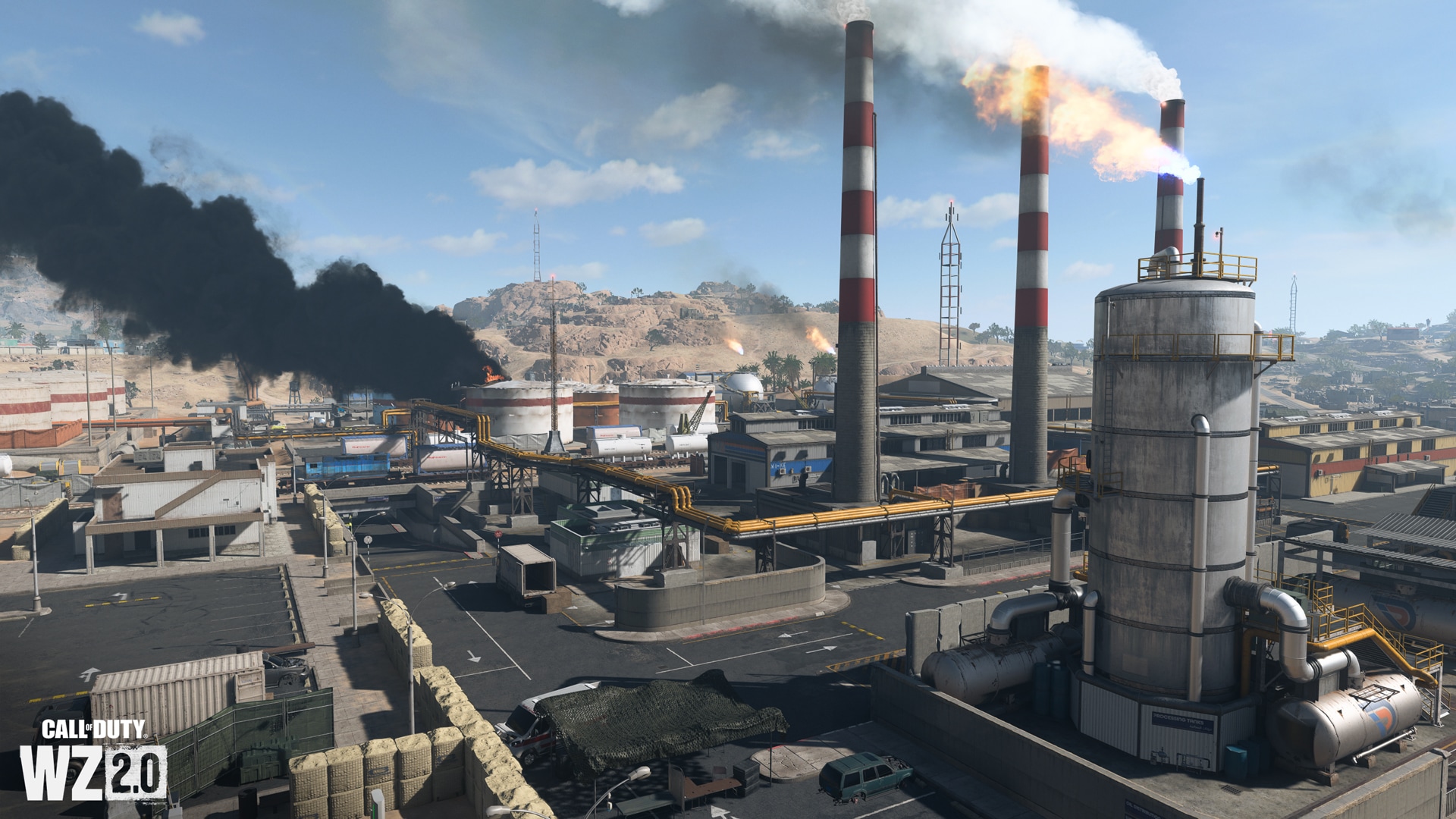 One of the largest employers in the region, the Rohan Oil refinery is positioned strategically near some of Adal’s oldest petroleum derricks. Note the living quarters to the north and south of this otherwise sprawling factory. 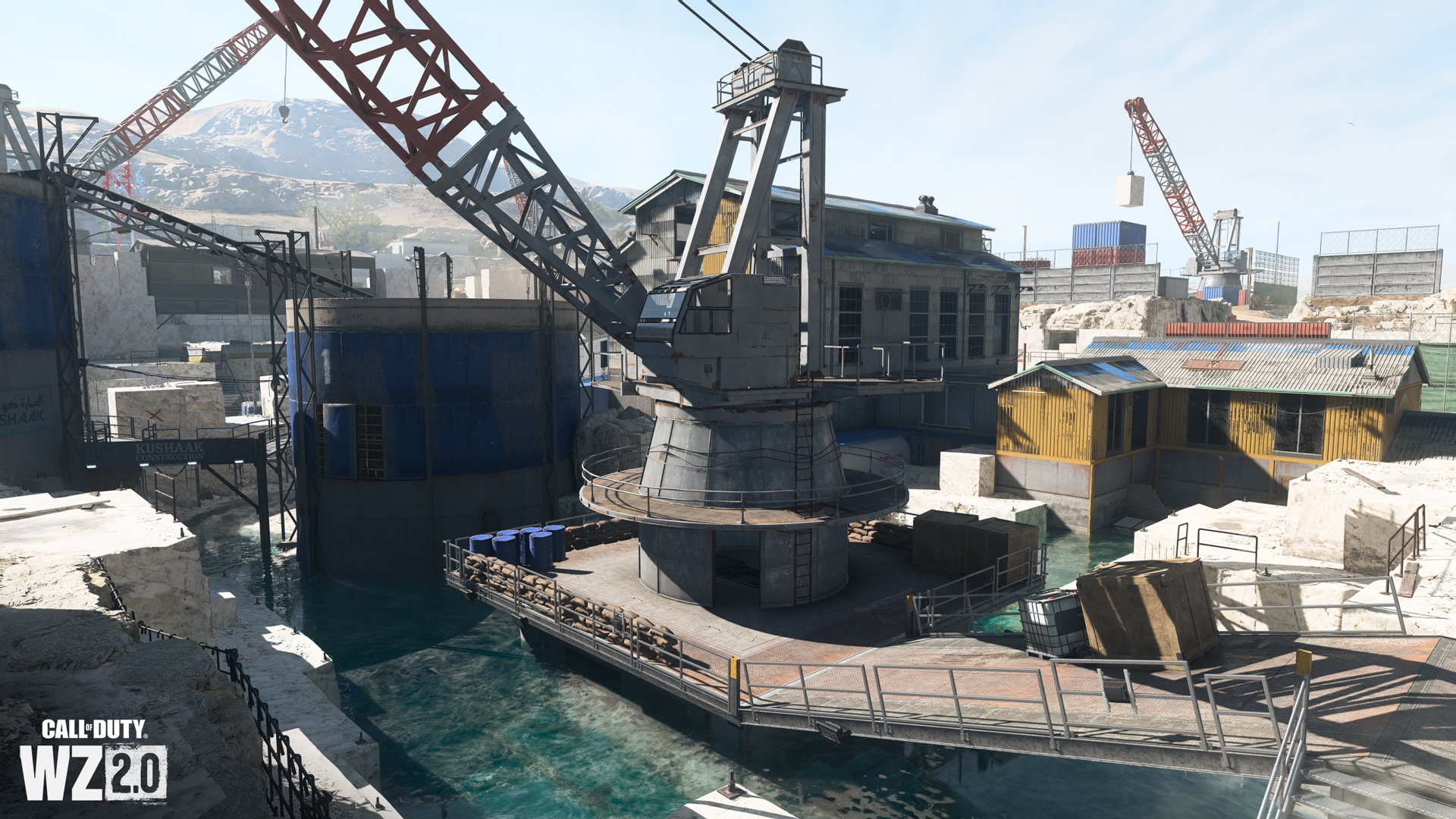 Massive deposits of limestone make the Quarry one of the three largest industrial areas in Al Mazrah, with nearly a dozen warehouses and hundreds of individually chiseled stone blocks. 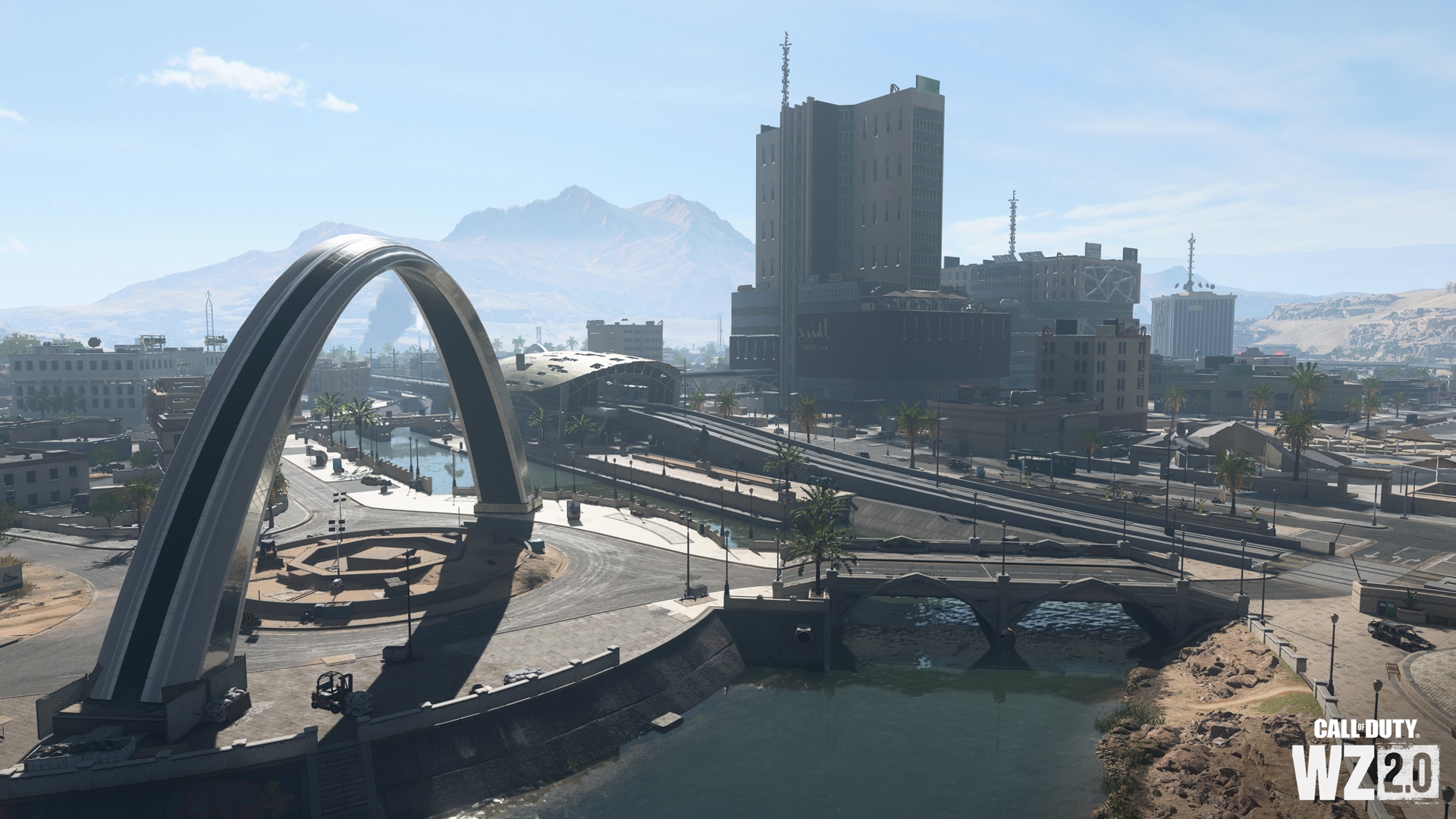 The past 100 years of Adal history encapsulated: High rises and modern buildings are at the core of the largest point of interest in Al Mazrah. It was planned to be the ideal city — it soon welcomed nearly a million people, who were pushed out to the slums on the outskirts. 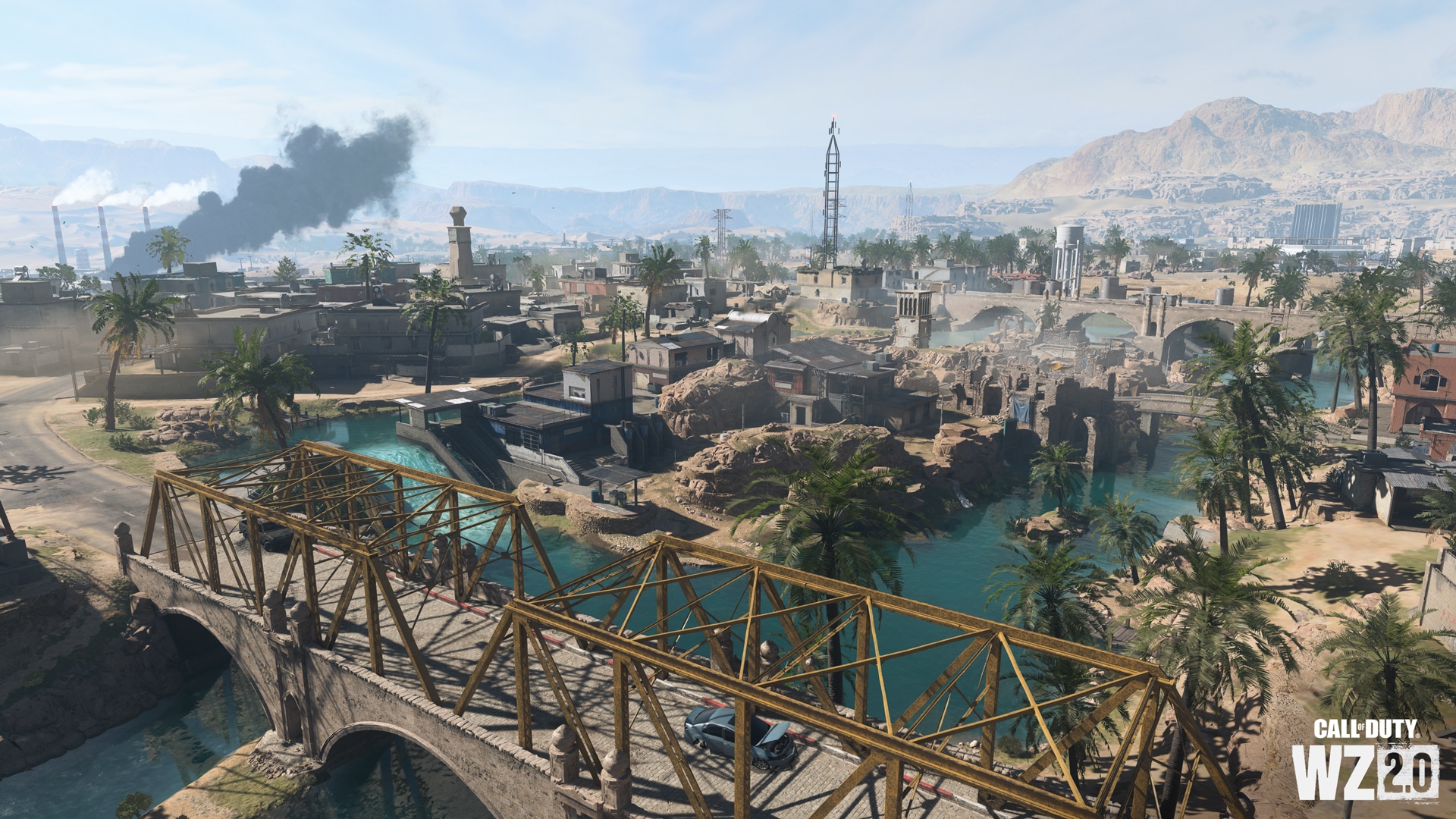 The cradle of civilization now comes full circle to the modern era with the advent of renewable energy. A mix of historical landmarks, midcentury living arrangements, and modern industrial buildings are scattered around the rivers that create electricity for this small town, as well as for the entire region. 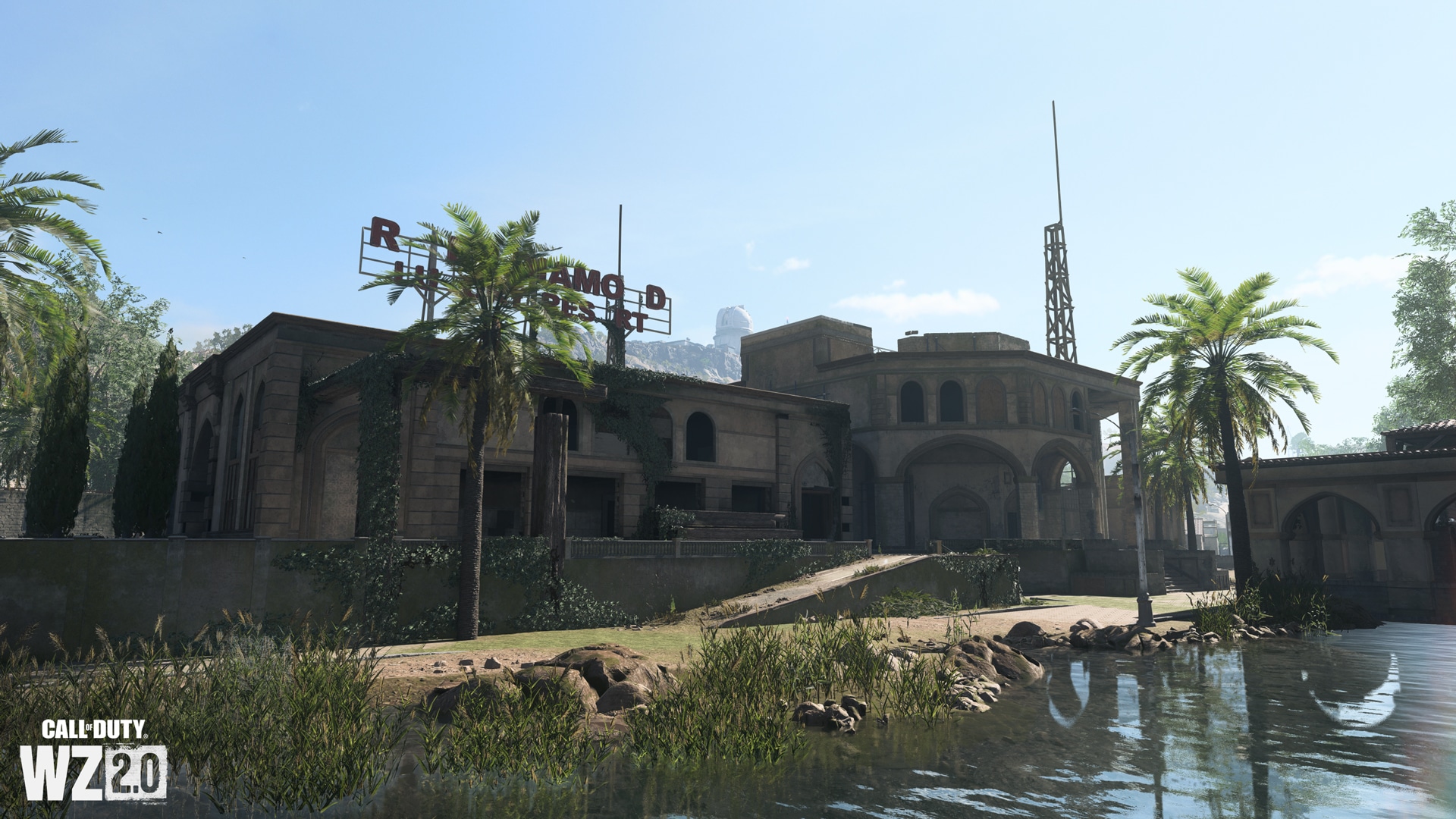 The Marshlands was once the home of the ambitious River Diamond Luxury Resort in the 20th century. Now, due to rising river levels, it and the town around it are completely flooded, both with water from the rivers and trash flowing from the city to the north. 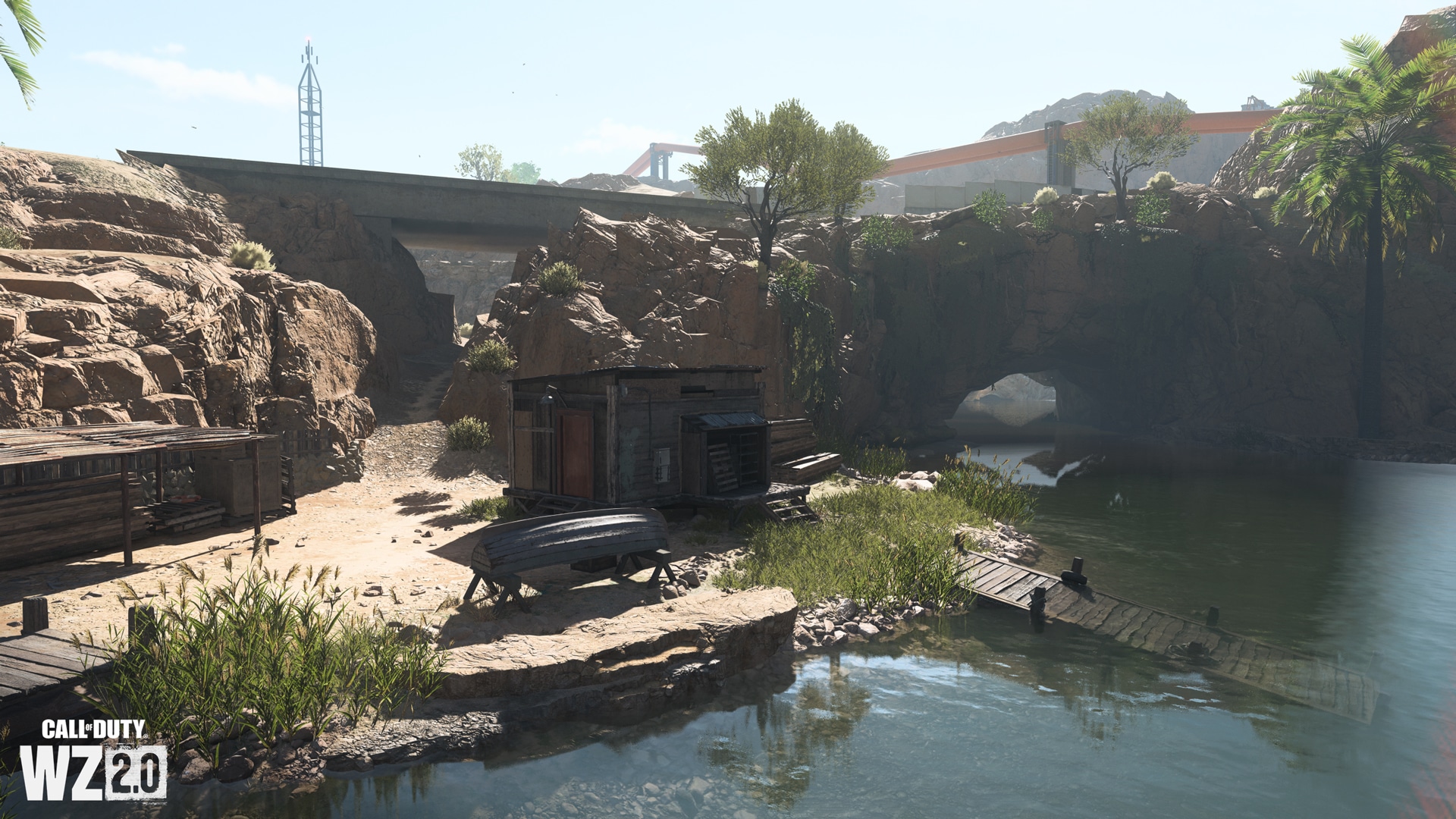 A deep network of underground hideouts lies in plain sight of a small village — where a plane once crashed — built on the mountainside. Elsewhere, a tall communications tower and small collection of homes span back toward the Quarry. 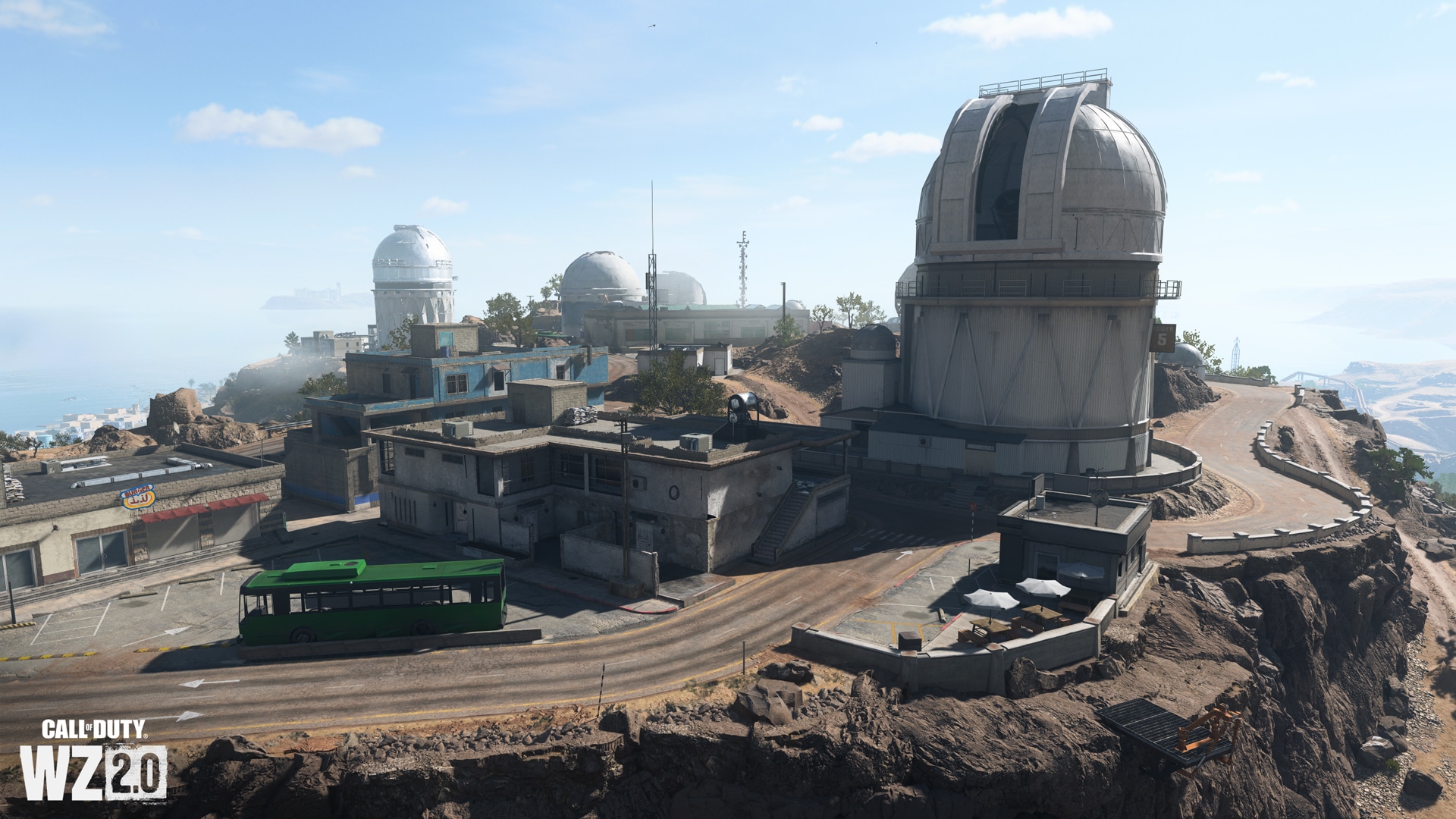 Atop the tallest mountain in Al Mazrah, several Domed structures, including a destroyed one, help the region chart out the stars. Note the research facilities between each of the observation buildings. 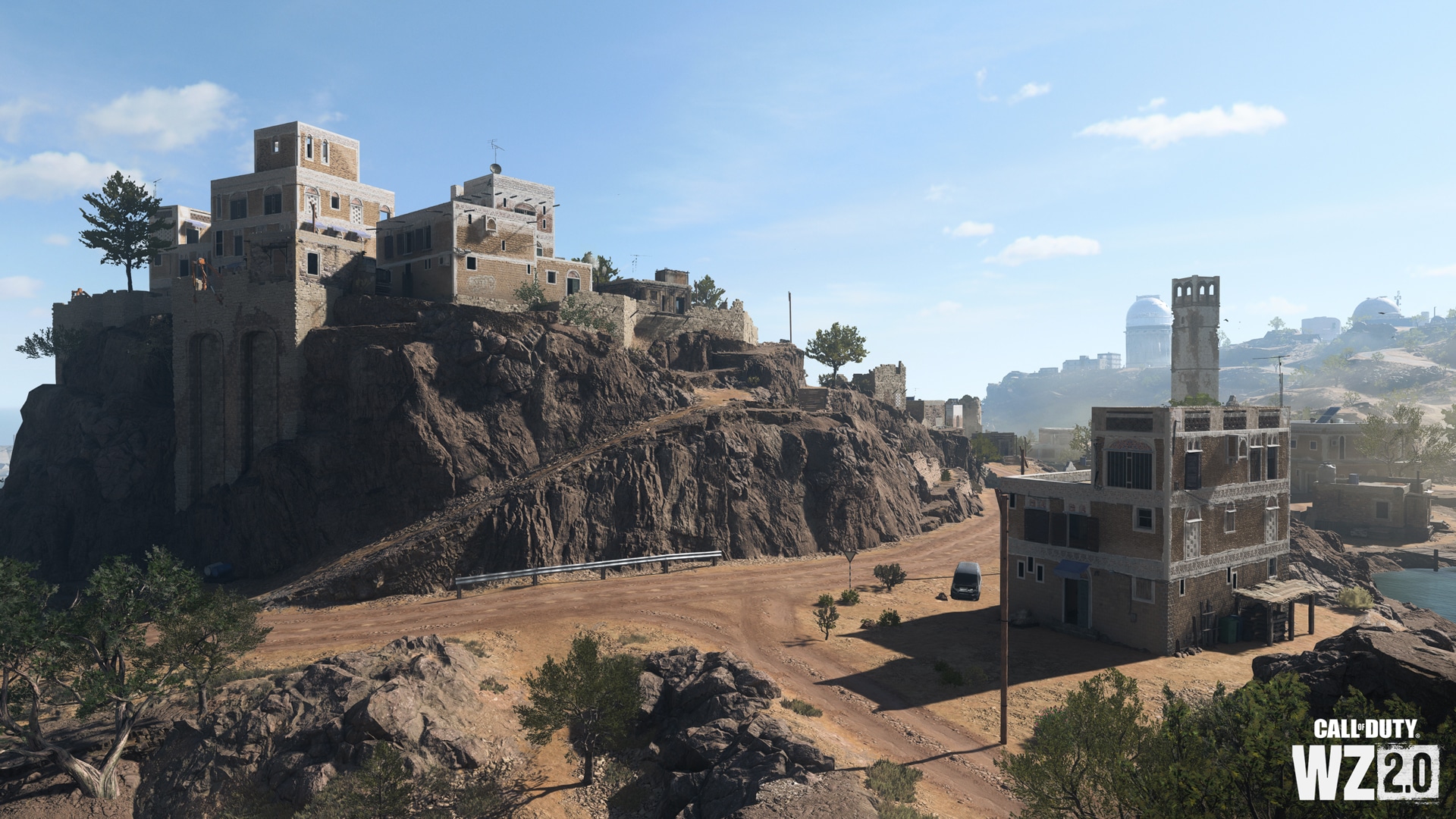 This old monastery and mausoleum overlook a modern village and zoo. The tallest hill contains several modernized buildings over the rest of the area, partially destroyed due to the elements and the war. 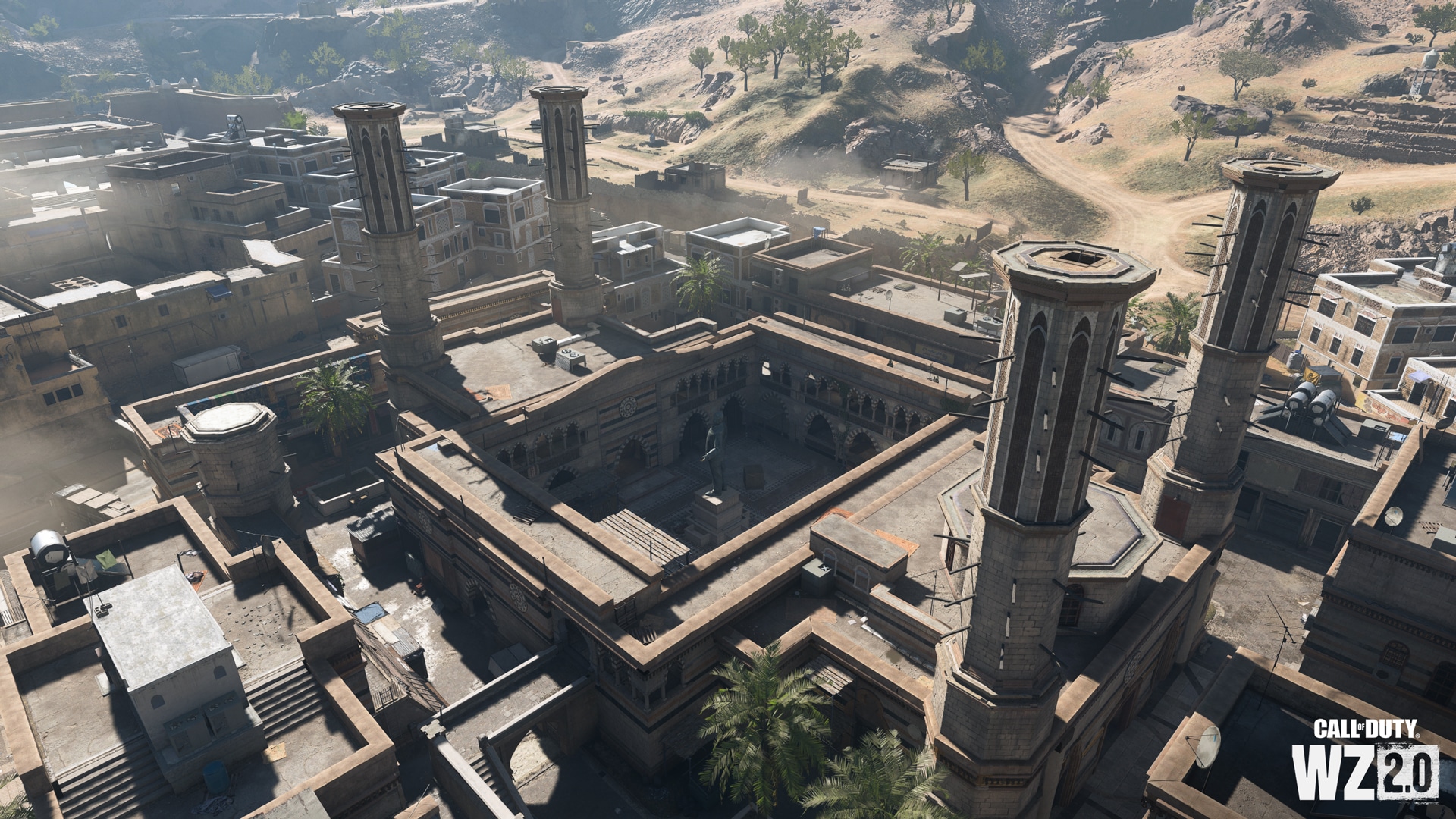 “An Old Town Fit for a Showdown,” as one writer covering an old coup once wrote. The world heritage site consists of a central courtyard, and market areas define the western half, while more modern apartments make up the east. 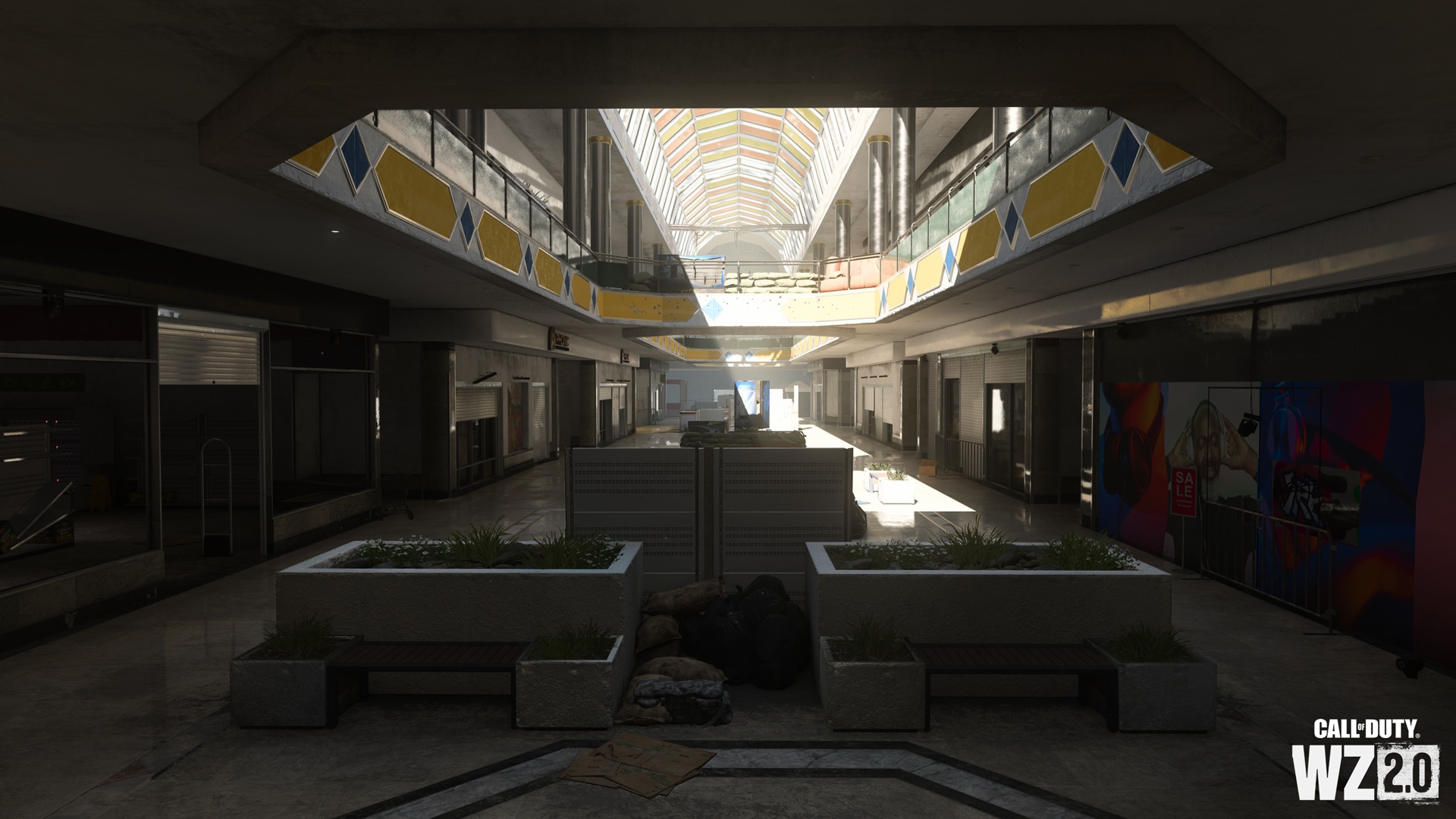 An extensive modern mall is juxtaposed by old apartments that housed generations of port workers. The area also contains a medieval-themed carnival and a minor league football stadium. 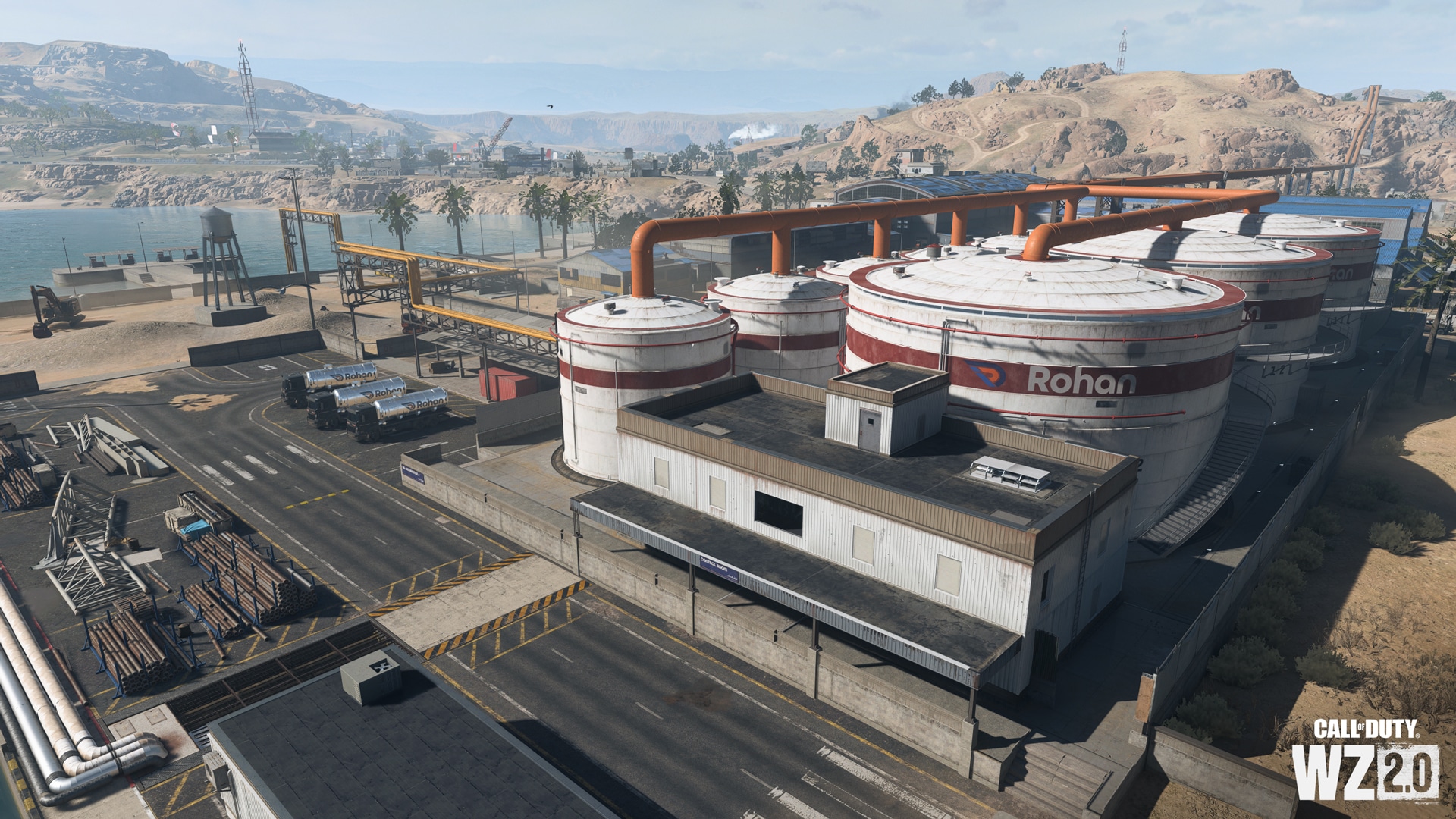 The Port is the economic gemstone of Al Mazrah, ending the Rohan Oil pipeline out to the greater seas. Several large warehouse structures can be found inland, while the Port itself has little containers due to the international economic restrictions for the region. 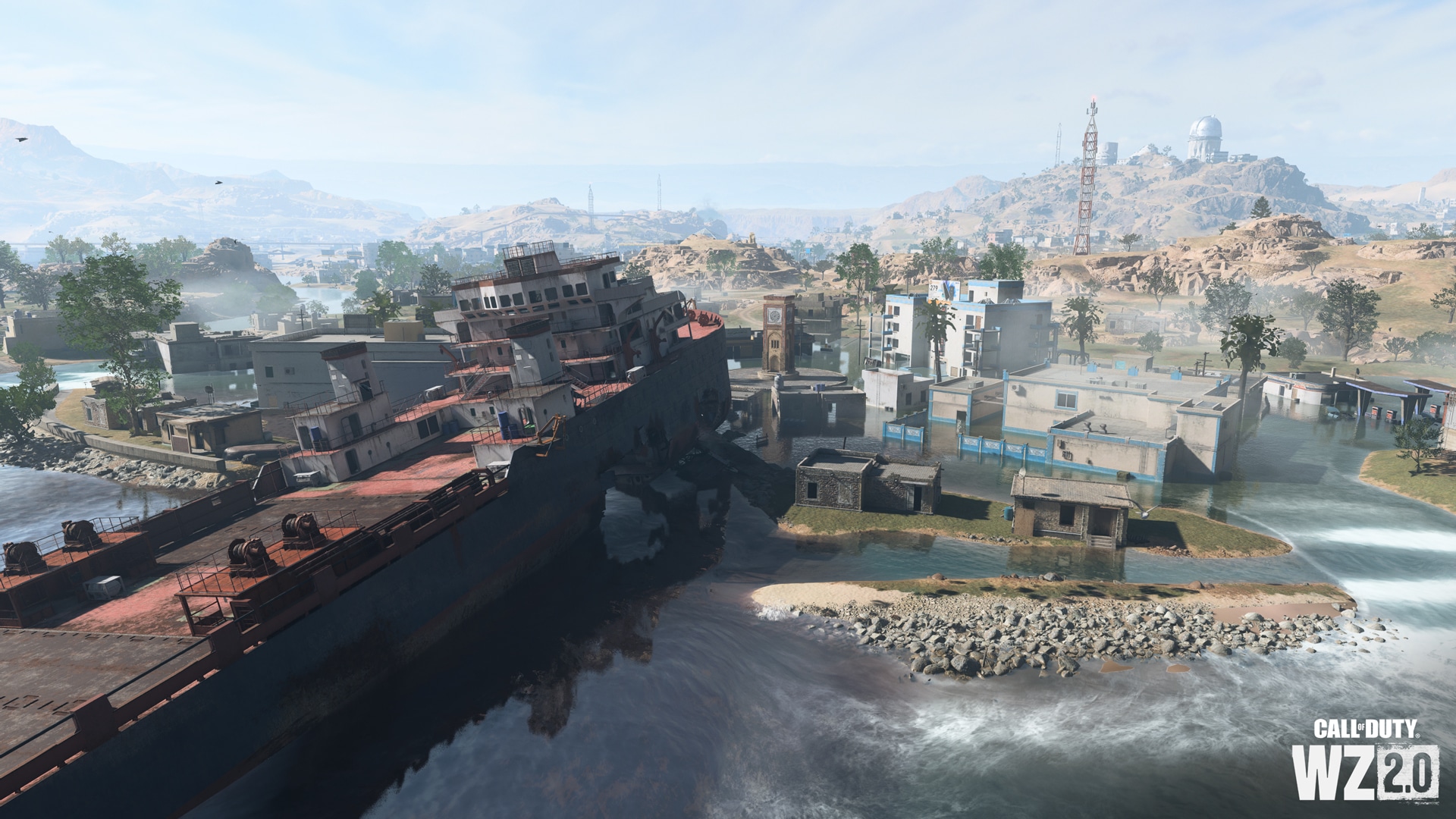 Rising sea levels caused this once-bustling coastal village to be submerged underwater, with a crashed freight ship being a symptom rather than the cause of the evacuated population. 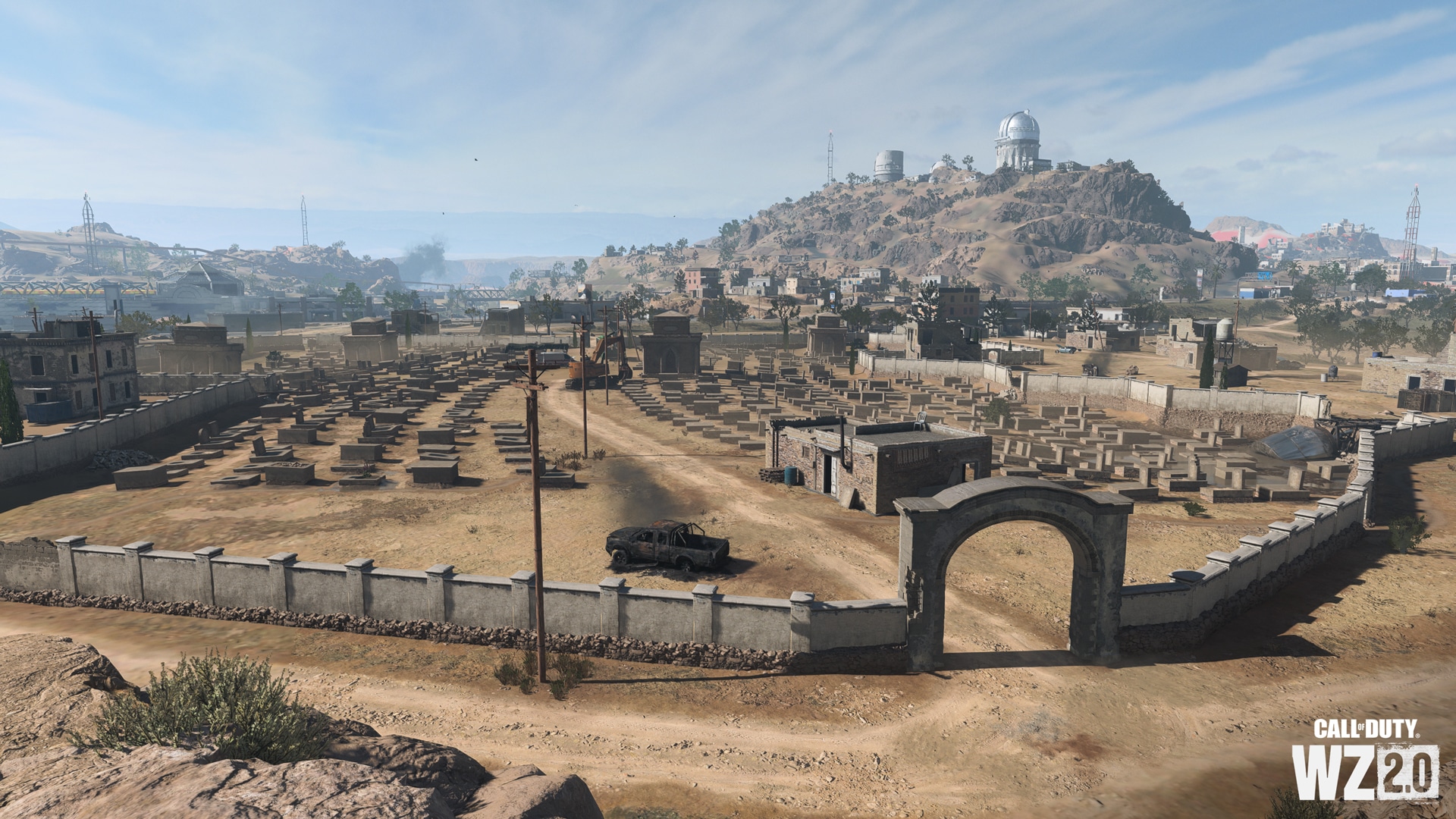 A monument to the fallen, a significant graveyard is now mostly derelict and unkempt, especially with a collapsed water tower flooding dozens of graves. The area is completely open to the elements, with a broken stone wall defining its boundaries. 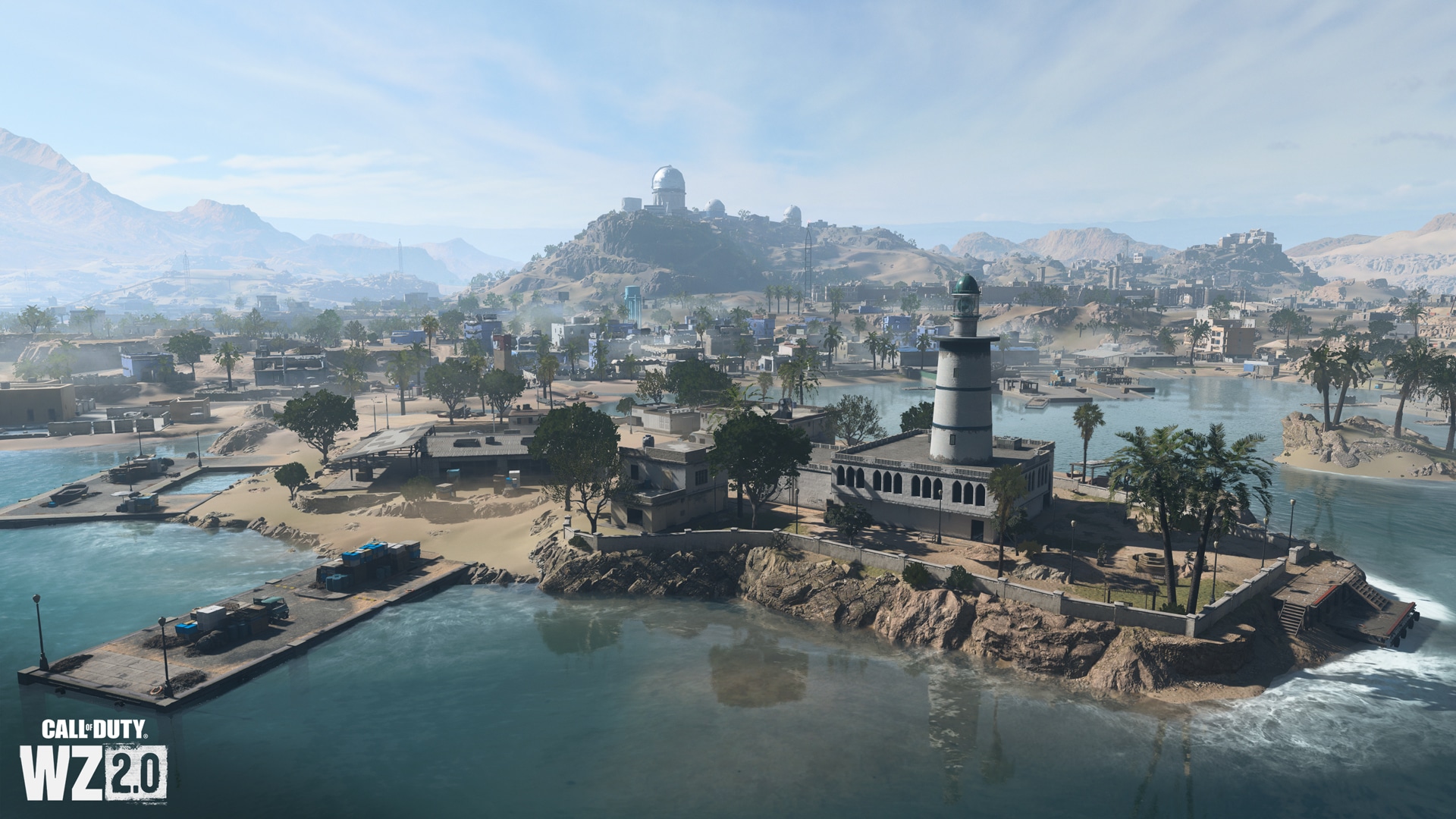 Home to the country’s valuable fisheries, this Bay maintains the history of Al Mazrah, as well as Adal. It contains a vibrant downtown section with suburbs, a modern resort, and a few small islands. 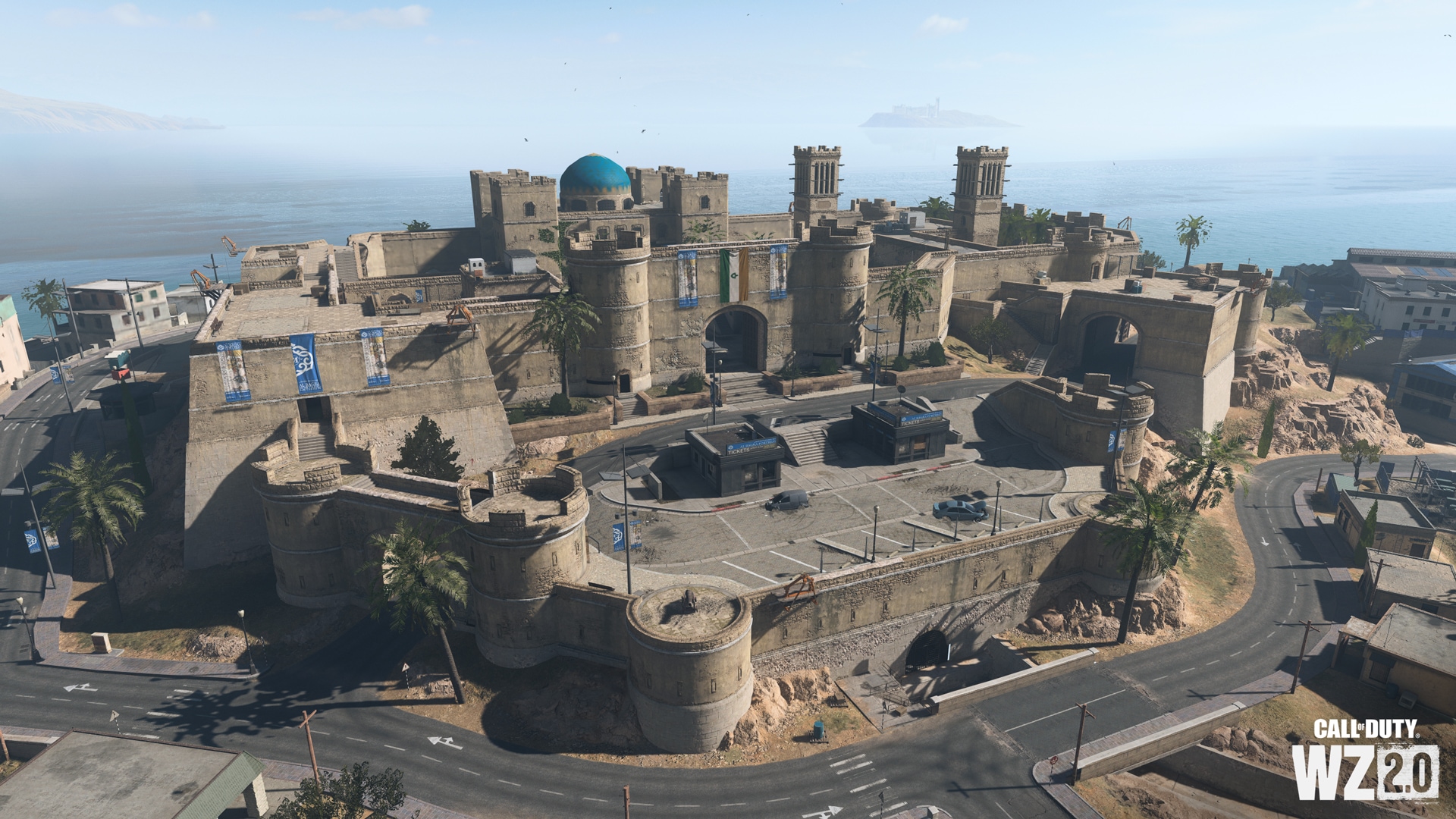 The definition of the region’s medieval history, this walled island city was a museum dedicated to displaying its cultural significance up until occupation. Note the large crab factory on the east end, a spillover from the adjacent Sariff Bay. 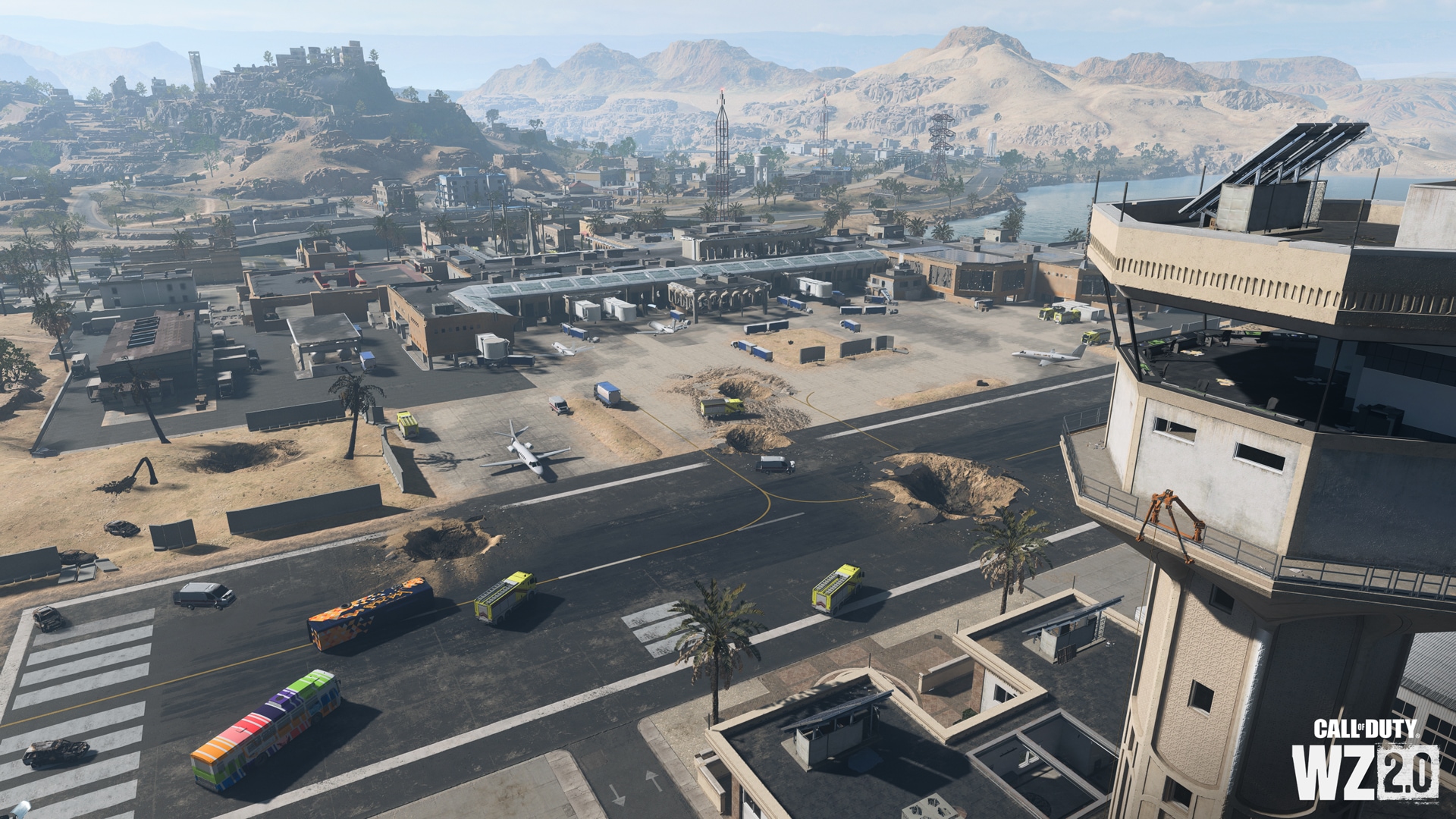 Terminal to the south tip of Al Mazrah, this modern airport mixes traditional and modern architecture to host both business and leisure activities. The observation tower near the sea is extremely approachable.