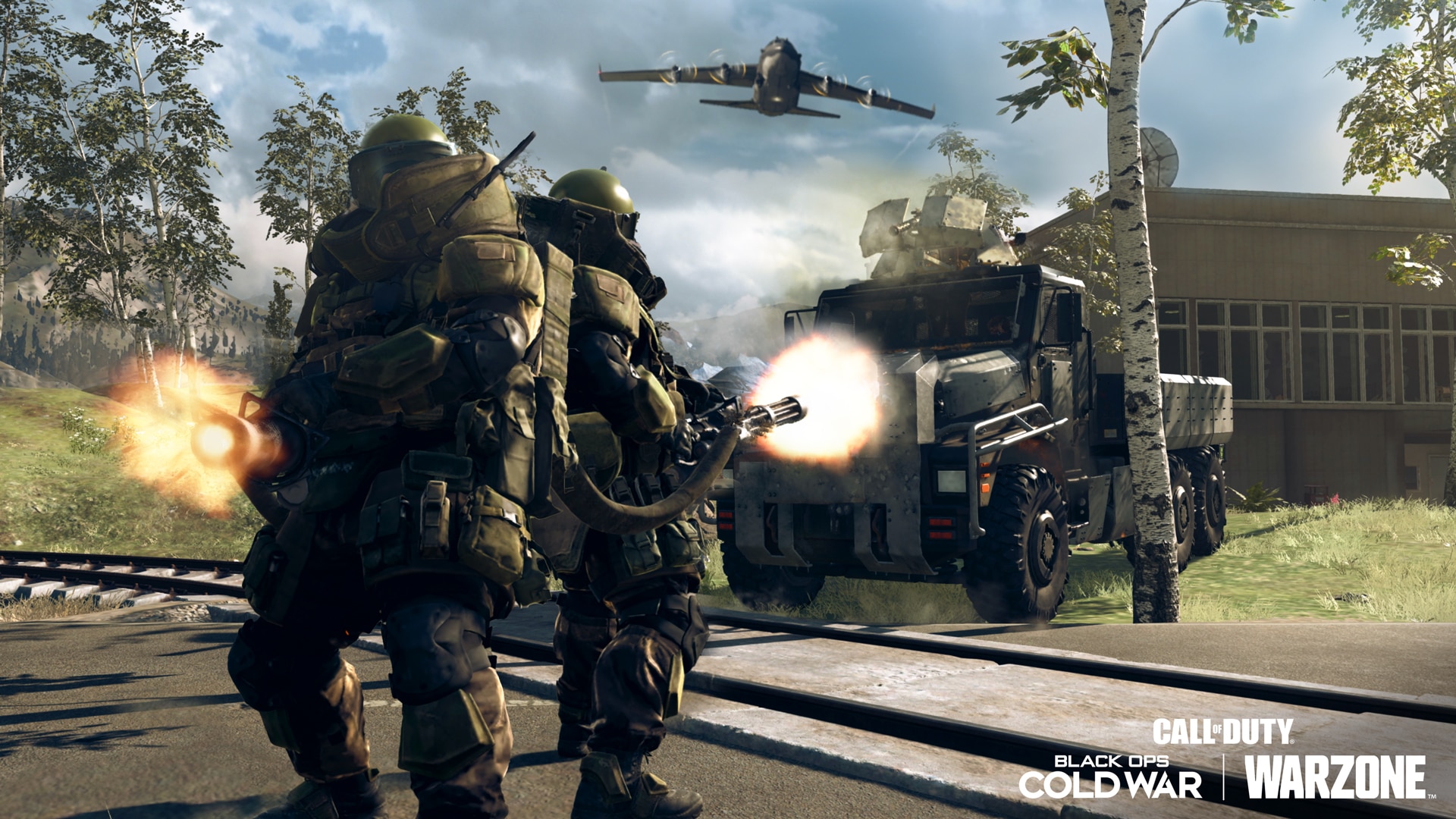 On March 10, 2020, the once-unknown Kastovian city of Verdansk became home to Call of Duty: Warzone.

Since then, over 100 million players dropped in, outlasted rivals, extracted tons of Plunder, survived outbreaks and uprisings, uncovered bunkers and vaults with priceless intel and phenomenal weaponry, and even survived a nuclear fallout only to go back in time to 1984.

To celebrate some of those moments and more, Raven Software created  Operation: Flashback, a limited-time Quads Battle Royale event where the events of the past become the present…

Available now, this event-packed mode is all about celebrating Verdansk’s history with something new at the start of every circle. Those who relive the past will earn an exclusive Emblem for participation, while the few who conquer this mode get an animated Calling Card to prove their mastery well into WarzoneTM’s future.

Those who played Warzone over the past 18 months will have some familiarity with Operation: Flashback — after all, it is a Battle Royale game mode featuring events from more than 10 seasons of content across Call of Duty®: Black Ops Cold War and Call of Duty®: Modern Warfare®.

From its rules to our strategies for earning this commendable Calling Card through victory, this is Operation: Flashback.

Rules of Engagement: Blasts from the Past Through In-Game Events 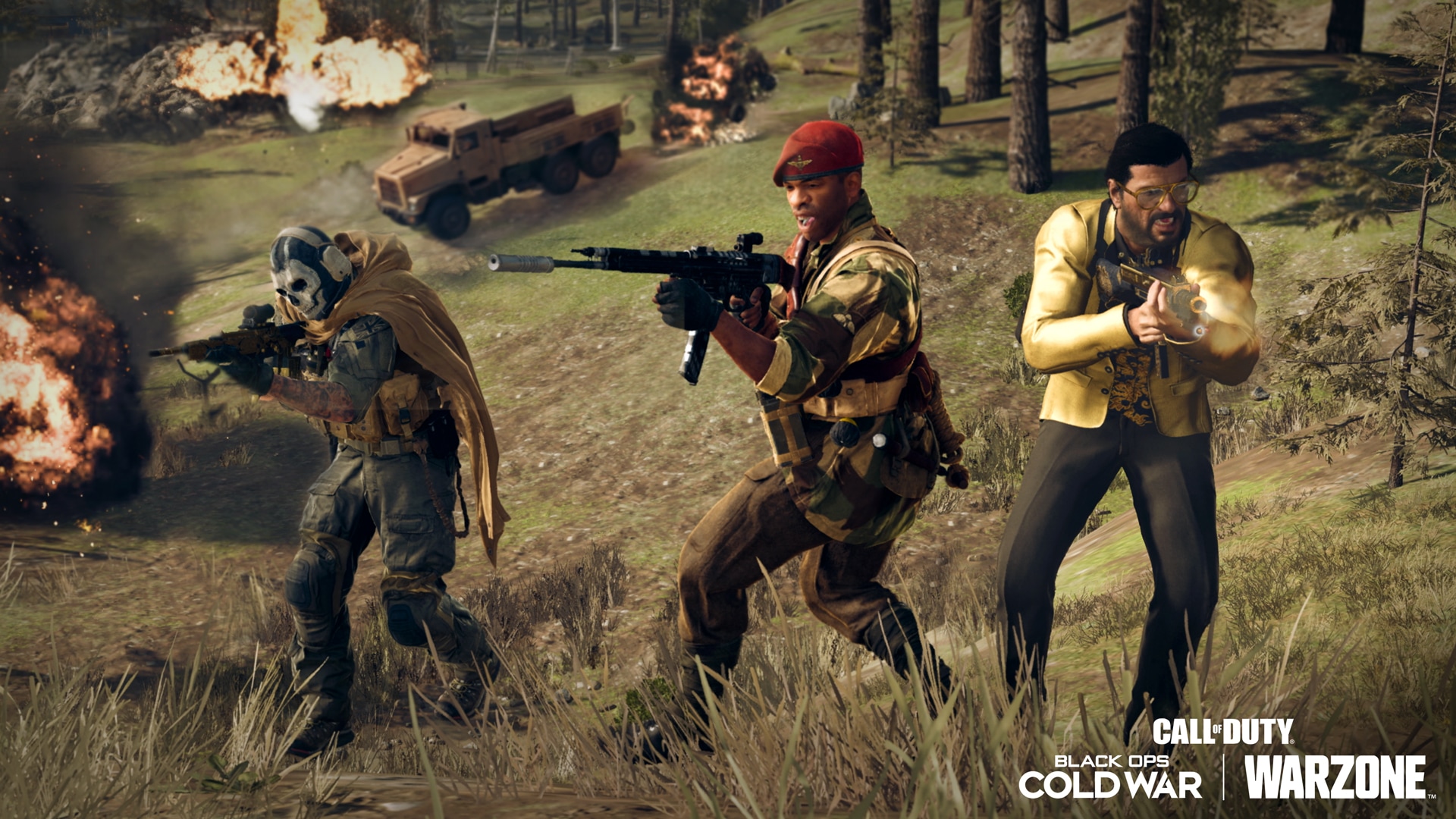 What already happened in Verdansk will remain; Operators will drop into the latest fissure-laden 1984 version of the city, but at the start of each circle collapse, including during Infil, expect an in-game Public Event from the past to impact the present fight for survival. These events include the mainstays since Warzone’s launch – aka Season Two of Modern Warfare®:

Fire Sale: Major discounts at all Buy Stations for most items.

Jailbreak: All eliminated players redeploy into the match.

Supply Chopper: Supply Helicopters fly around the map, with their health now significantly reduced compared to the standard event to make them even more of a game-changer if you can acquire their Supply Crates.

Loadouts: Free Loadout Drops, a welcome sight in Verdansk, especially for those former Iron Trials competitors. However, it’s now with a new twist – Loadout Drop Markers are only available to purchase from Buy Stations once this Loadout Drop Public Event has happened. So get scavenging and leverage the loot you find!

In addition to these events, the following can also happen at the start of each circle collapse:

Ground Fall (Season Four, Black Ops Cold War): Satellites crash to the ground in this event, dropping Satellite Caches free for the taking… if you can get them.

Hostile Fire (Season Three, Black Ops Cold War): Arm C4 on the rooftop of “Downtown Tower” while avoiding the incoming attack chopper for one of the Vault Keycards. Simultaneously, the “Unfinished Business” Contracts make a glorious return so it’s a race to the vault!

Restock (Season One, Black Ops Cold War via Rebirth Island): All Supply Boxes on the map close and refresh their loot, perfect for if you’ve just returned from the Gulag…

Resurgence (Season One, Black Ops Cold War via Rebirth Island): All players redeploy if at least one squad member is still alive. Rebirth Island Resurgence Operators will know the rules of this event and the Restock one well.

Juggernaut Royale (Season Four, Modern Warfare): Multiple Juggernaut crates deploy to the field, equippable as one-per-squad. View the Tac Map to see where they drop and prepare for a fight.

[REDACTED] Weapon Drops: A brand-new event for Operation: Flashback, expect a drop of heavy weapons crates with predefined loot to award the most daring squads with huge firepower.. including [REDACTED] weapons.

These circle collapses will happen at a quicker pace and in greater numbers — nine instead of eight — yet they will be slightly larger in radius compared to those from a standard Battle Royale.

Rules of Engagement: 18 Months of Meta and Madness in the Item Pool 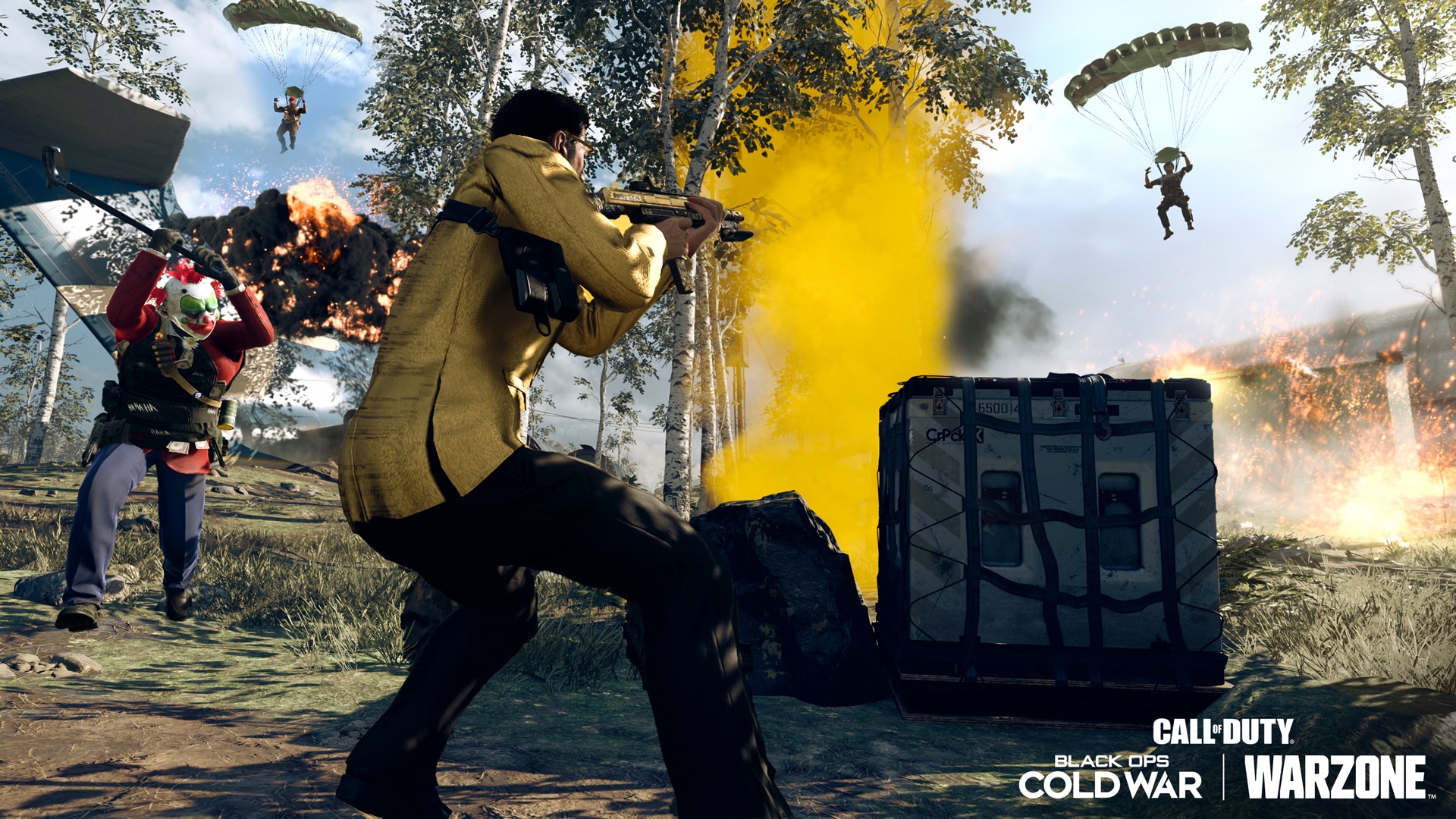 Operation: Flashback also features a dedicated item pool curated with weapons that many veterans will recognize as “meta-defining” since Warzone’s launch.

Take a trip down memory lane with double-barreled Dragon’s Breath shotguns, semi-auto do-it-all marksman rifles, akimbo weapons galore, and other armaments that return in this mode (and nowhere else in Warzone).

The Rarest of the Rare Item

In addition to these items, Operators will receive all-new rewards for completing Scavenger and Recon Contracts. Completing a Scavenger Contract will award a guaranteed Cluster Strike or Precision Airstrike, while Recon Contracts give out a free UAV.

Rules of Engagement: Buy Station Closeout Sale — EVERYTHING MUST GO 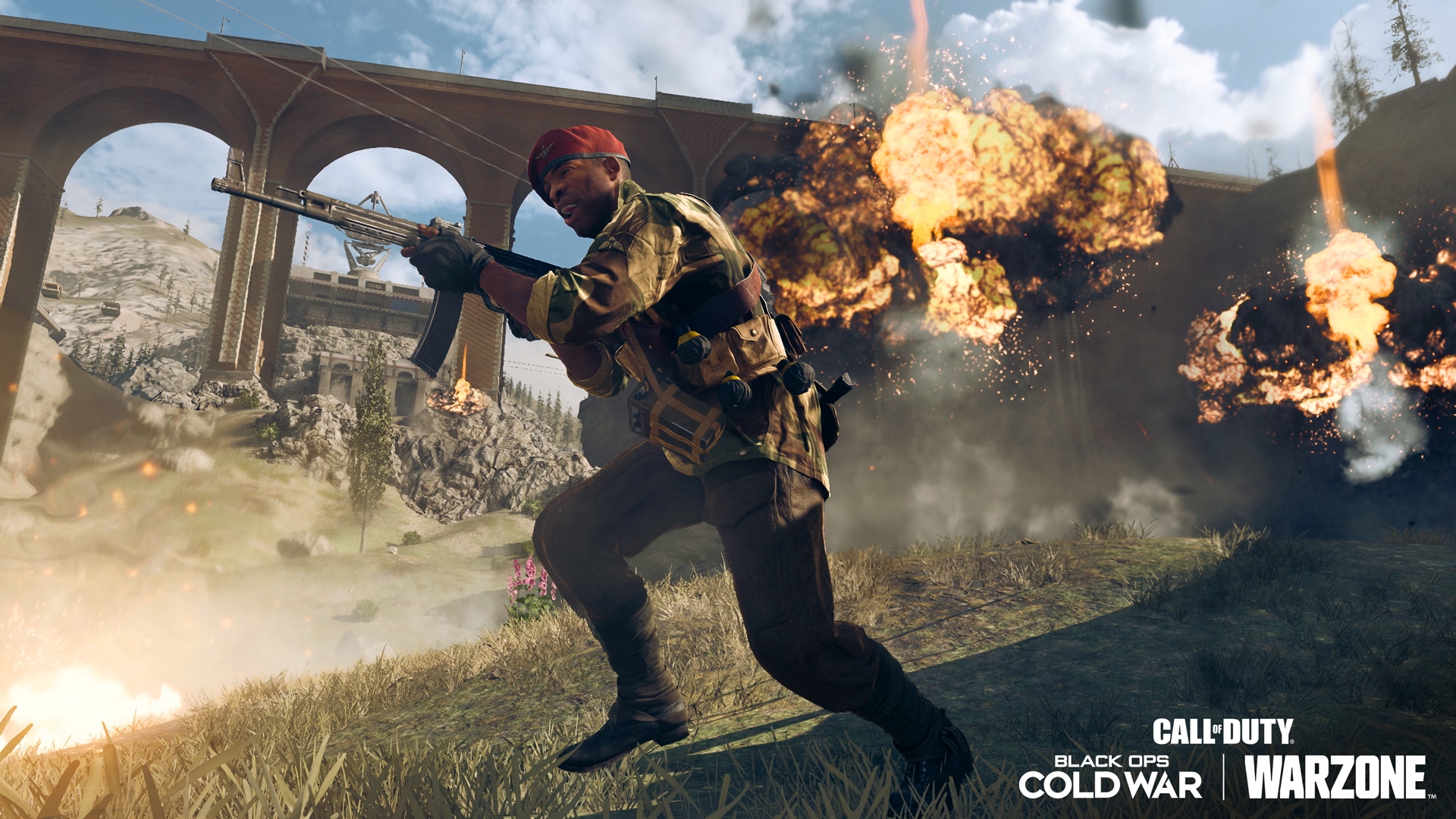 Due to the distance between Verdansk and Caldera, Buy Stations across Operation: Flashback are clearing out items from other limited-time modes and elsewhere within the world of Warzone.

Everything must go before all Operators head to Caldera — and we mean everything. In the main Buy Station menu, all of the usual offerings have been replaced with the following: 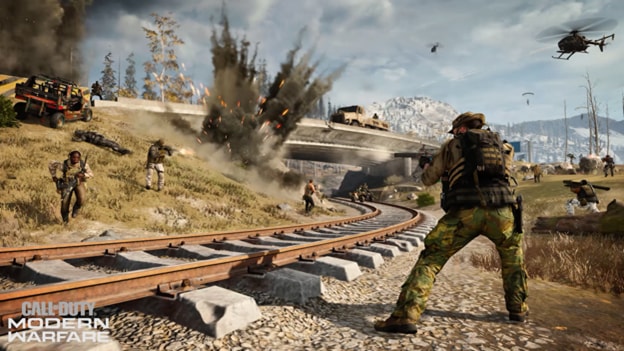 5. Be Daring… With an event at the start of every circle collapse, squads will be tempted to fight for powerful weapons and items as they deploy to the field of battle. Play aggressively and bring in your team to battle for the goods — the payoff is worth it, especially if you can stack the payouts for multiple events to get some of the Buy Station’s most expensive items!

4. … But Play Smart. That said, there’s plenty of great ground loot and Contracts to complete, so if an event is too wild and risky, keep looting and prepare for the next one. You might even set a trap, spreading out and attacking from all sides as the other squads focus only on the sweet promise of loot.

3. Stick Together, Use Your Comms. Operation: Flashback features plenty of opportunities to get stocked up with highly lethal items and weapons. Don’t get caught alone against an enemy squad with powerful equipment. Stick together, keep a 360-degree view whenever possible, and work as a team to eliminate enemies and counterattack or retreat as needed.

2. Warzone Newcomers Invited, Too: Operation: Flashback isn’t just for the grizzled vets. If you’re new to Warzone, this is a great way to get a feel for the mode and the types of events that occur throughout the year. Plus, you’ll carry over earned content to Call of Duty®: Warzone™ Pacific, so why not get a leg up now?

1. Bring Your Friends. Invite your friends to experience the last days of Verdansk together. Operation: Flashback isn’t the very end, either. Get intel on Caldera in the “Secrets of the Pacific” challenge coming soon, and stay tuned for the farewell to Verdansk as we know it.

Play Operation: Flashback and prepare for what is to come with Season One of Call of Duty®: Vanguard and Warzone Pacific, including 24-hour exclusive access to the new map Caldera for all Vanguard players.