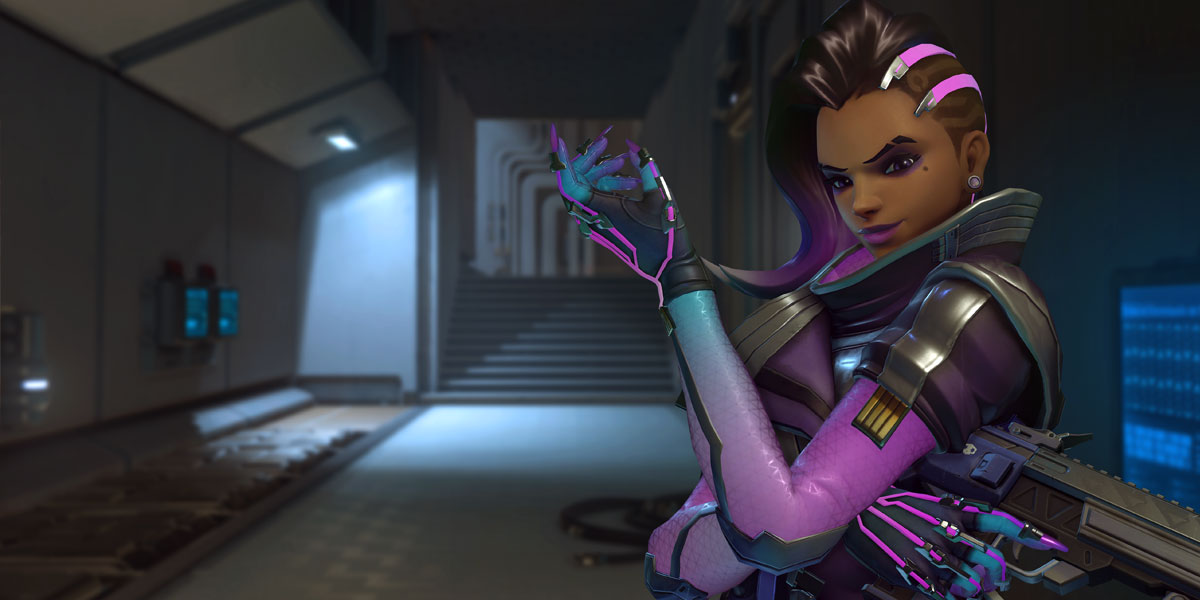 No one loves delving deep into other people’s secrets more than Overwatch’s most famous hacker, Sombra. No firewall is too strong, no encryption too intricate to keep her out for long. If you have something to hide, you best pray that Sombra won’t take an interest, as the only way to beat this cybernetic vigilante at her own game is to spill the beans before she does. So, let’s pull back the curtain and see what’s next on our gaming calendar.

Overwatch
ENDS SOON: Halloween Terror (October 11 – November 3)
Spooky season is almost over, so make sure to unlock all the new content, grab those weekly rewards, and test your mettle in all-new Junkenstein’s Revenge challenges before the event comes to a close!
Learn More

HEARTHSTONE
EARLY ACCESS: New Game Mode, Duels
We just announced a brand-new game mode coming to Hearthstone called Duels, and if you pre-order the game’s next expansion you can get your hands on the new mode right now. Pick a hero, select a hero power, choose a treasure, build your deck, and get ready to duel!
Learn More

WORLD OF WARCRAFT
Day of the Dead (November 1 – November 3)
During the Day of the Dead, people gather in graveyards to celebrate with and cherish the spirits of those they have lost. One can find the festivities in the cemeteries of any major city, where celebrants cook, dance, don costumes, and more.

DIABLO III
Season 21 (Live Now)
With the PTR for season 22 winding down, the next season is right around the corner, so make sure to get in some time to check out season 21 while there’s still time.
Learn More