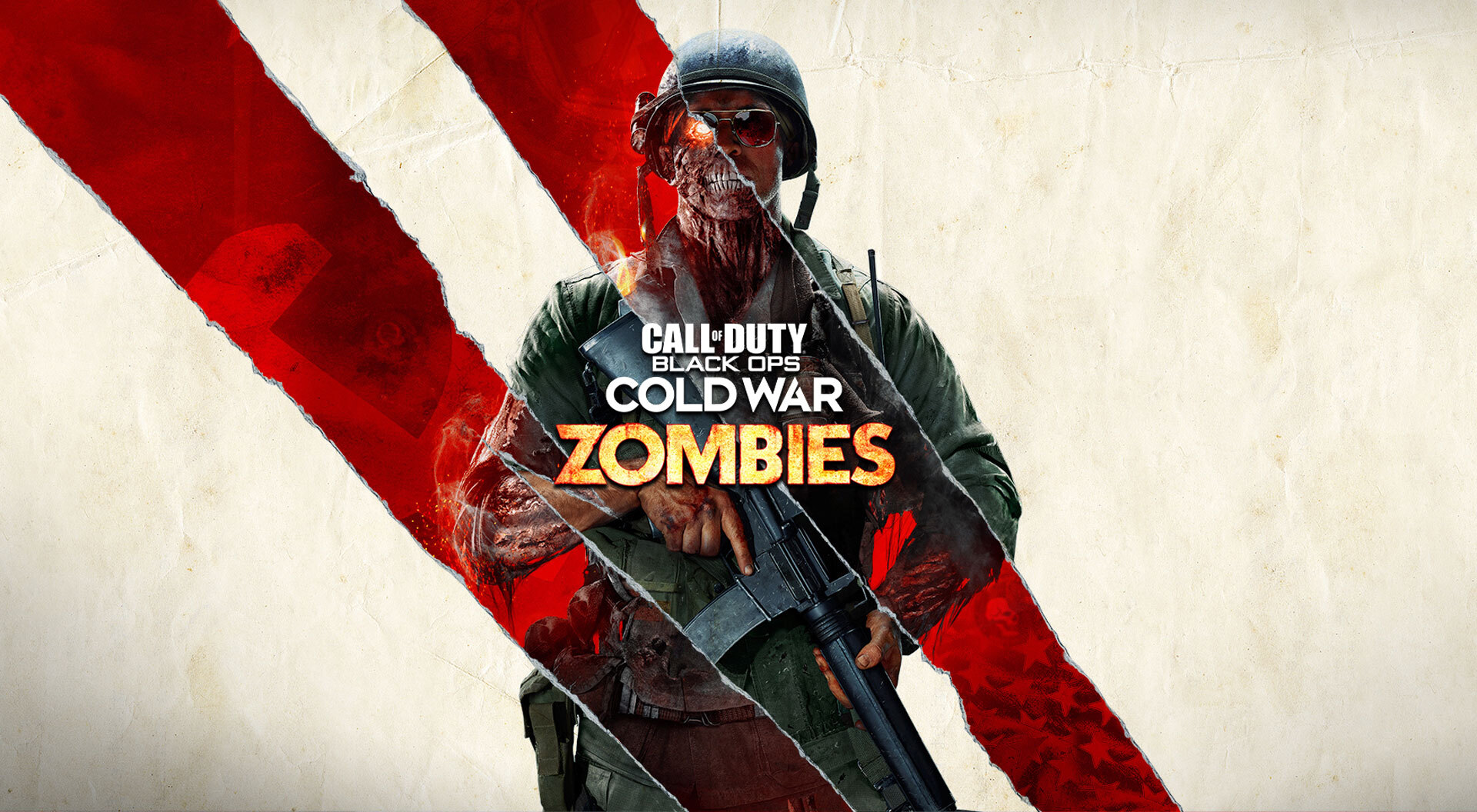 Alongside a mind-bending Campaign and the next generation of Multiplayer combat, Black Ops Cold War will include another signature mode that’s part of Black Ops core DNA: Zombies.

This four-person co-op mode is set to take veterans and newcomers alike on a bold and terrifying journey that expands on an iconic part of the Call of Duty franchise. Long-time fans will likely find something familiar with this new chapter, but that’s for players to discover on their journey.

What’s canon is canon, but with Black Ops Cold War, Zombies is starting fresh with a new narrative and a – shall we say, new? – cast of characters. The mode includes new ways to progress, classic fan-favorite Perks, and an arsenal of Cold War weaponry that will help survivors dominate the legions of undead. 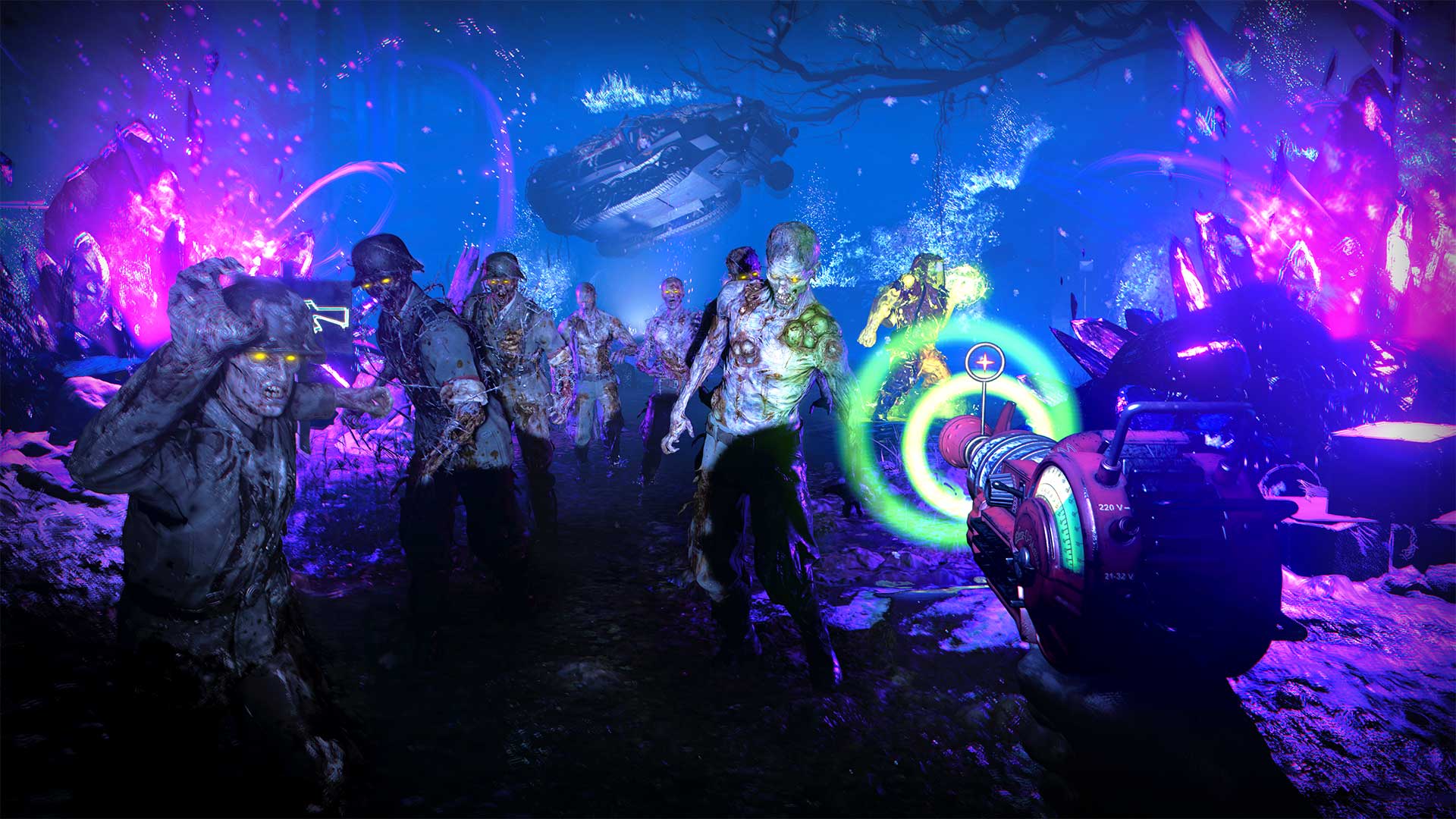 With more than a nod to “Nacht der Untoten” – the map that started it all – “Die Maschine” takes place in the early ‘80s, but its roots reach back even further into the past.

As part of Requiem, a CIA-backed international response team led by Grigori Weaver from the original Black Ops story, operatives explore a World War II bunker that hasn’t only been ravaged by time.

While fighting to suppress the unnatural phenomena at this graffiti-skinned, boarded-up bunker, Requiem team members investigate what lies beneath this structure that’s been left to crumble after decades of disservice. Should they succeed, Requiem may uncover a cache of decades-old secrets that upend the global order.

At the same time, a Soviet-led division and rival to Requiem, the Omega Group, enters the fray. The Omega Group also has a keen interest in studying and harnessing the unexplained events and anomalies manifesting around the globe.

Between Requiem and Omega Group, there are plenty of characters who may aid or hinder your journey, while others have separate, unknown agendas that will be up to players to discover. Among this cast, there is one particular contact – Sam – who seems eager to share intel discovered from deep within the KGB.

Bolstered by various pieces of intel that players can track in-game, this incredible Zombies story will start to unfold in mysterious and unexpected ways.

For a more thorough look behind the scenes and more intel on the new story and characters that comprise Call of Duty®: Black Ops Cold War Zombies, visit the Treyarch blog. 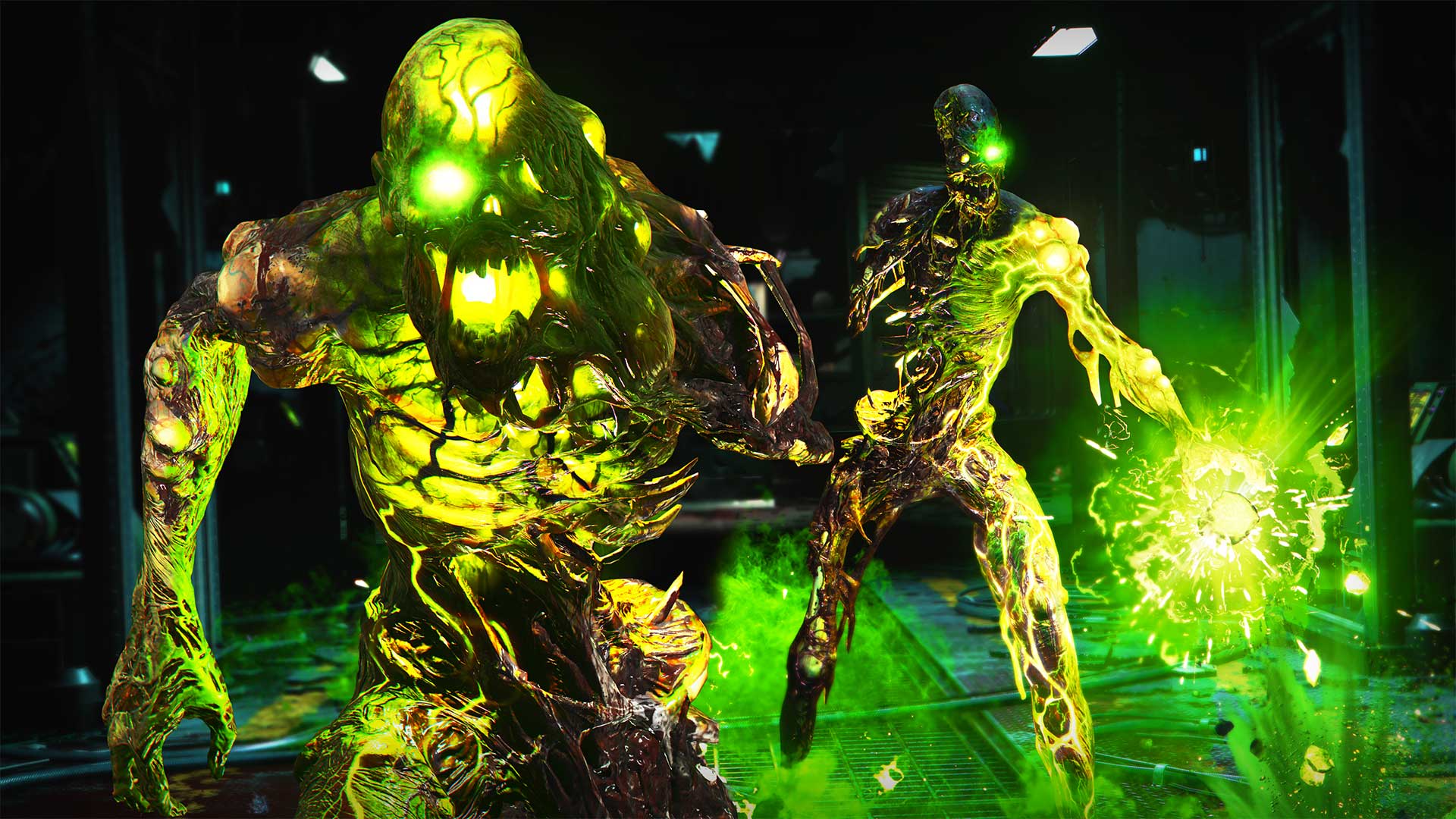 A Connected, Thrilling Experience Across Modes and Platforms

Whether you’re a long-time Zombies veteran who also plays Multiplayer, or a first-time Call of Duty player completely new to Zombies, expect to drop into the fun faster than ever before with friends and the greater community, no matter the platform or generation you play on.

Here are just some of the updates to Zombies in Black Ops Cold War:

Just like Multiplayer, squads in Zombies can be formed across platforms and generations, marking the first time in franchise history this co-op mode is available via cross-play.

Players will now advance through the Battle Pass with time played in Zombies, similar to Multiplayer and Call of Duty: Warzone™.  Requiem team members can also start the match with their Gunsmith-crafted weapon of choice via loadout support.

In addition to the return of the Pack-a-Punch machine to transform your weapon, all weapons will now have a rarity associated with them. The higher the rarity, the greater the damage output and attachments for the weapon. For the first time, this will allow any weapon in the game to be sustainable in later rounds. This also adds more variety and fun to finding new weapons through Wall Buys and the Mystery Box.

Outside of weaponry, players can deploy Field Upgrades as proactive abilities that add another layer to squad-based tactics.

Charge them up by killing zombies, then deploy them in times of desperate need. From offensive buffs to abilities that aid in evasion or healing and reviving, these Field Upgrades are made to fit numerous playstyles and situations.

Around the map, you can craft and find lethal, tactical, and support equipment.

Lethal and tactical equipment are similar to the equipment found in Multiplayer, like Frag Grenades, while support equipment is home to high-powered offensive weaponry. This slot could be where you deploy Grenade Launchers, Sentry Turrets, Explosive Bows and even Chopper Gunners – all tools that can deliver a massive power spike when your squad needs it most.

Classic Zombies Perks are back with a reimagined Cold War aesthetic, including the return of timeless favorites like Juggernog and Speed Cola.

There’s no longer a limit to how many different Perks you can consume, so go ahead and crack open a six-pack, if you have the points to do so.

Instead of perishing to the horde, Black Ops Cold War Zombies provides a new option to escape with your life when you’re feeling overrun... if you dare.

If the whole squad is in trouble, you can opt to exfiltrate the undead combat zone via helicopter. Although zombie spawns will be dialed up to 11, you should expect to earn some rewards if your squad completes this final push to survive.

Stay tuned for more intel from Treyarch and announcements on returning and new features for Zombies... but expect some surprises to stay redacted until launch. This is a Black Ops game, after all. 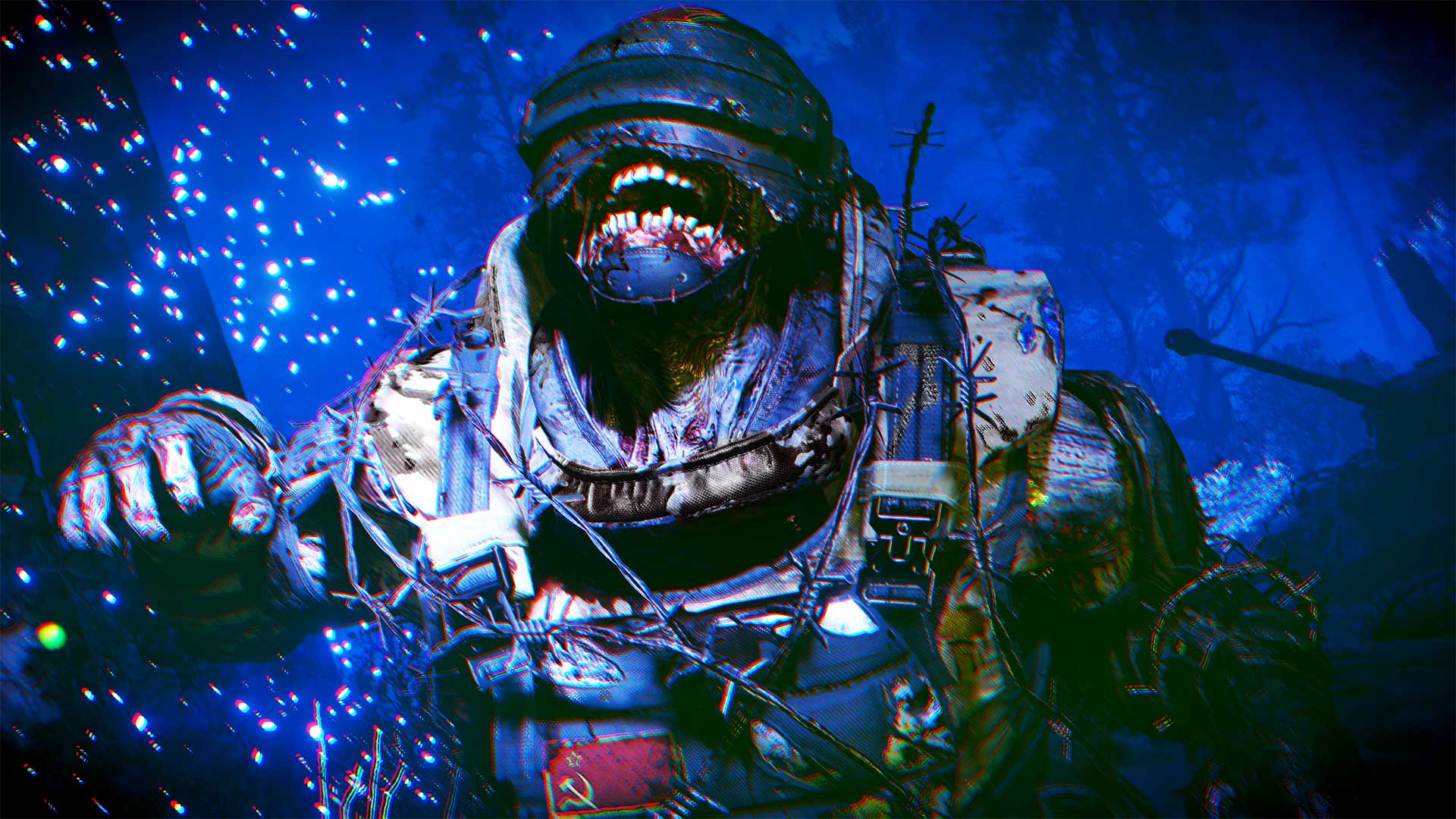 Zombies is just one part of the full Black Ops Cold War experience, which is scheduled to launch November 13th. Experience this next generation of global combat early through the game’s Multiplayer Open Beta, available for all platforms on October 17-19 with select platforms and pre-purchase players able to access it earlier.

Pre-purchase  now on Battle.net and get instant rewards like the Woods Operator Pack* for immediate use in Modern Warfare and Warzone, and secure early access to the Open Beta**.

Multiple options for the game are available to choose from, including the Standard Edition or Ultimate Edition.

Check the Activision Games Blog in the coming days and weeks for the latest information, and players can also visit Treyarch’s Blog for Call of Duty: Black Ops Cold War announcements and content. Follow @CallofDuty and @Treyarch on Twitter, Instagram, and Facebook for additional information.