Preload and Get Ready for Call of Duty®: Modern Warfare®

Before Modern Warfare® launches later this week, we want to provide you with details on how to preload the game, and what you can expect when it’s available.

The PC version of Modern Warfare features a number of additions to your overall gameplay experience, including:

More details, including PC system requirements, are available via this blog post.

The pre-load of Modern Warfare is now live on Battle.net for anyone who pre-purchased the PC version of the game. 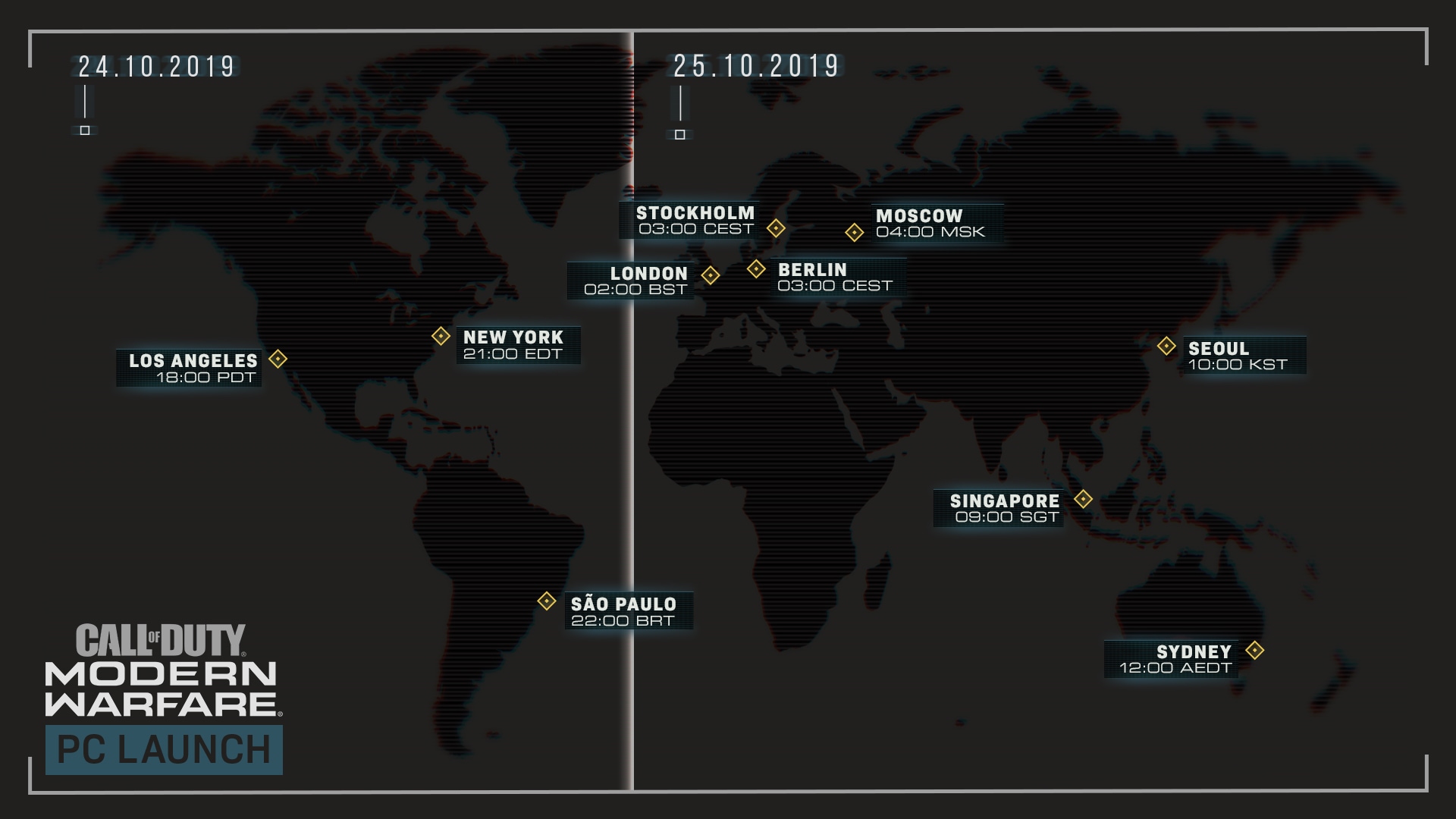 Note: The map above shows when the game becomes accessible to PC owners only.

The official, global PC launch time for Modern Warfare is 6PM PDT on Thursday, October 24. Be sure to check the map above to see at what time the game becomes accessible to play in your region.

For instructions on signing up for Blizzard Battle.net, setting up social features, and connecting with your friends, check out the Battle.net New User Guide.

Step 1: Download and install the Blizzard Battle.net desktop app, if you haven't already, and launch it.

Step 2: Log in with the Blizzard account you used to pre-purchase Call of Duty: Modern Warfare for PC.

Step 3: Click the game icon, located on the left-hand side of the Blizzard Battle.net desktop app.

Step 4: Select your region from the drop-down menu, then click Install to begin the installation process.

Step 5: On 6PM PDT on Thursday, October 24, once the game is installed, click Play to begin! 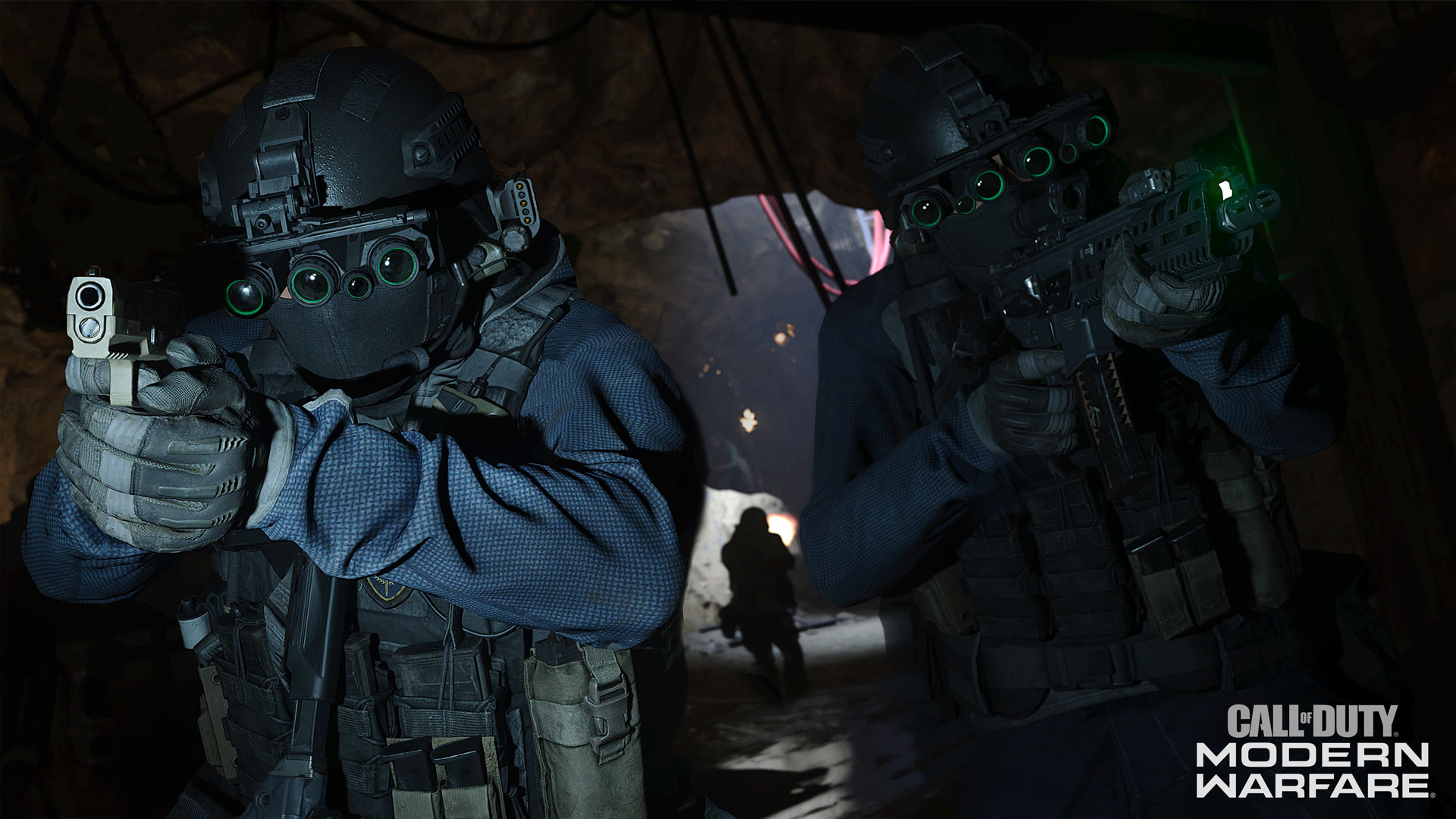 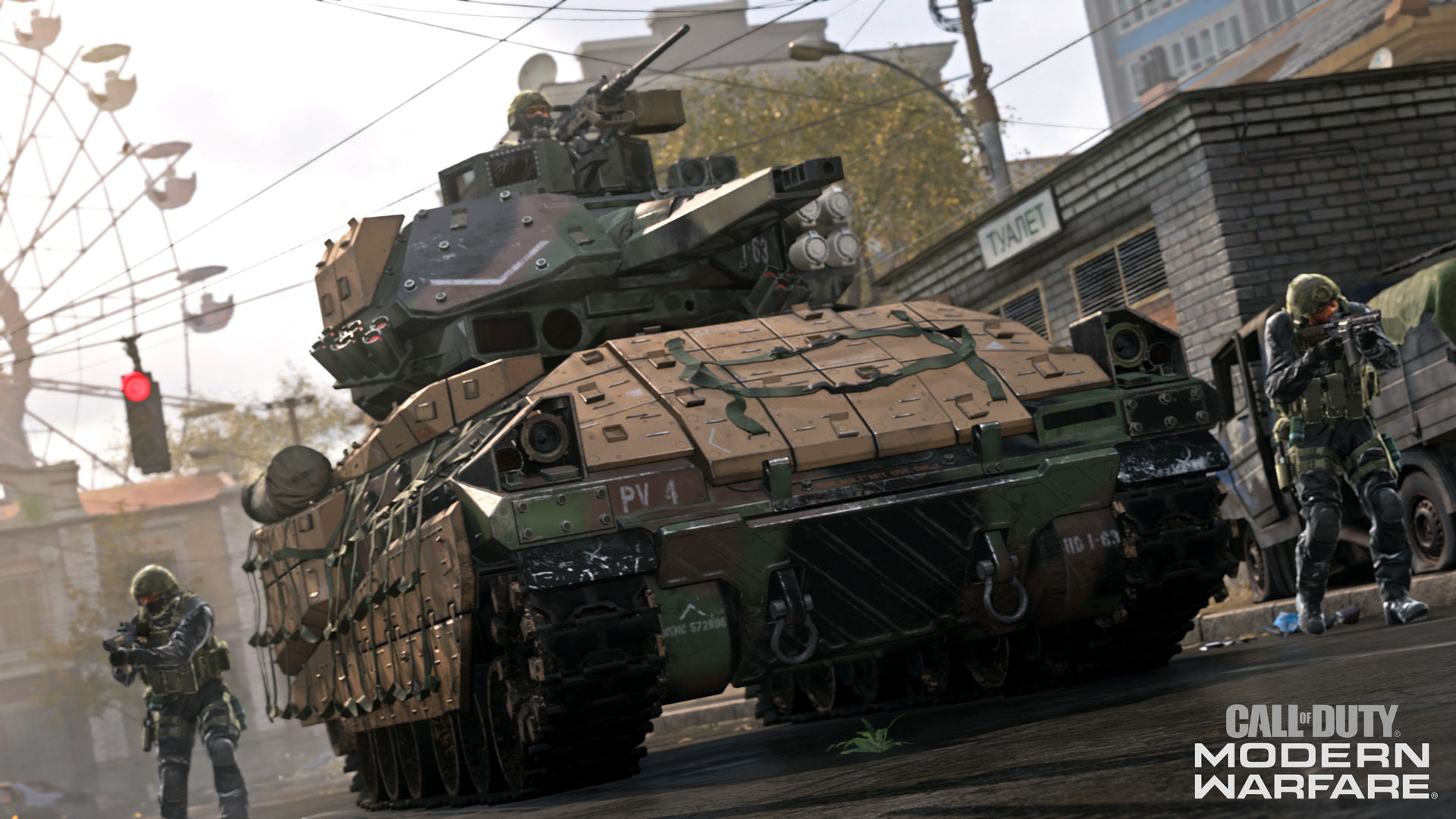 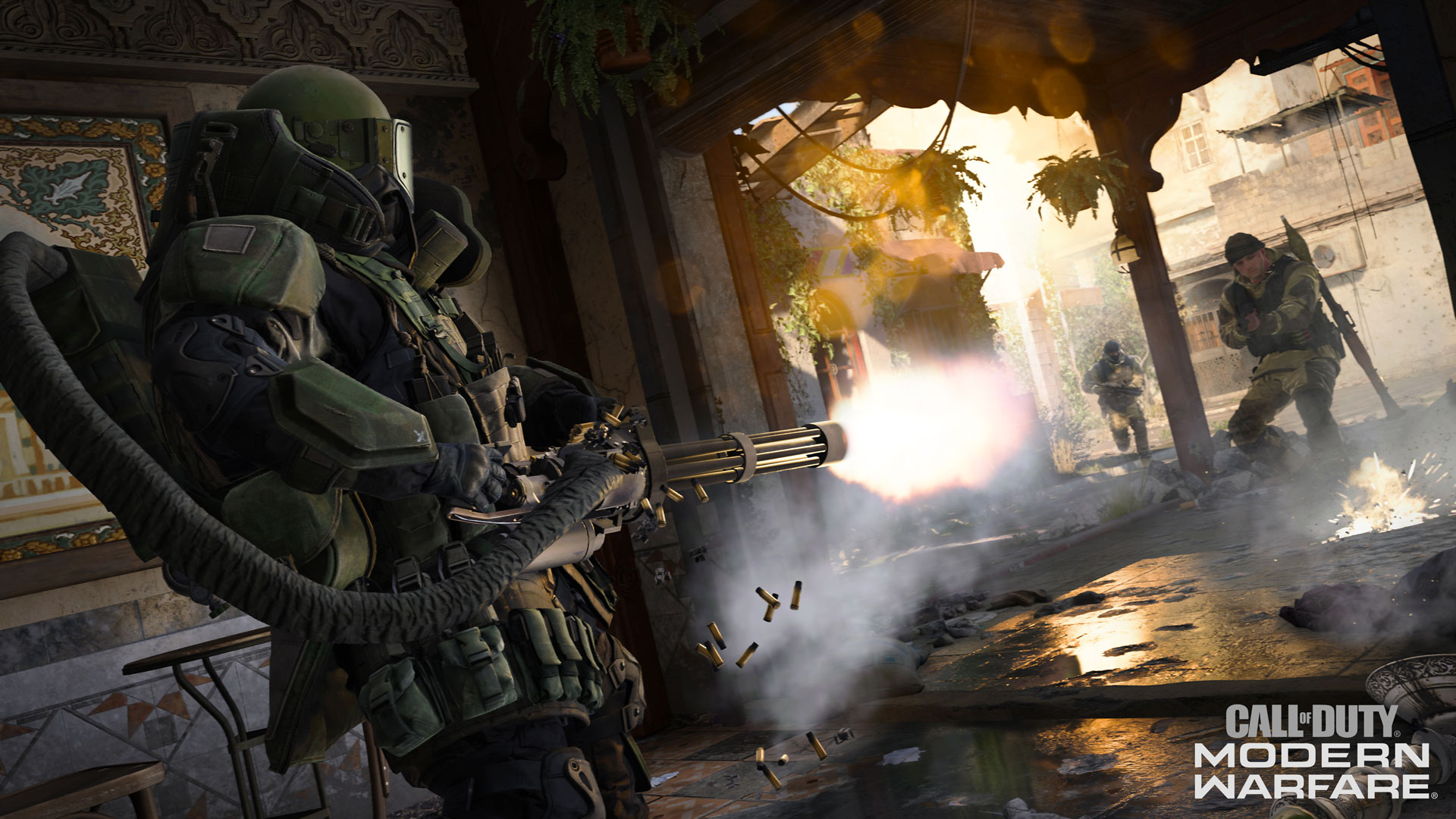