Live Overwatch events are exciting for many reasons. Everything’s just right there, emotions crackling in the air like electricity. Visually speaking, it’s also a chance for players to showcase their personal style, with some restrictions. There’s a slight problem, though. When everyone’s wearing the same jersey and sitting behind a desk that hides the lower half of their body, the only thing the audience can see for 90 percent of a match—outside of walkouts, halftime breaks, and handshakes—is the players’ heads, and thus their hair.

This is the same for other sports, of course. There’s an entire cottage industry of internet content dedicated to the strands and stylings of basketball and soccer players or Olympic athletes. So, how do the best Overwatch players from around the globe stack up? Who would make the Overwatch World Cup All-Hair team?

This is an extremely serious thought experiment, so there are rules:

With only 56 players across eight teams under consideration, the results are mixed. South Korea may be favorites at BlizzCon, but if they manage to three-peat, they won’t be doing it with memorable mops. The Aussies may be the most fun-loving team in attendance, always willing to take a group photo wearing kangaroo onesies, but that adventurous spirit hasn’t translated to any hair capes. I’m willing to be pleasantly surprised this weekend, but for now, I can only work with existing material.

So here’s your Overwatch World All-Hair Team, which is not a full roster as it only has four players, but hey, that’s what Looking for Group is for. 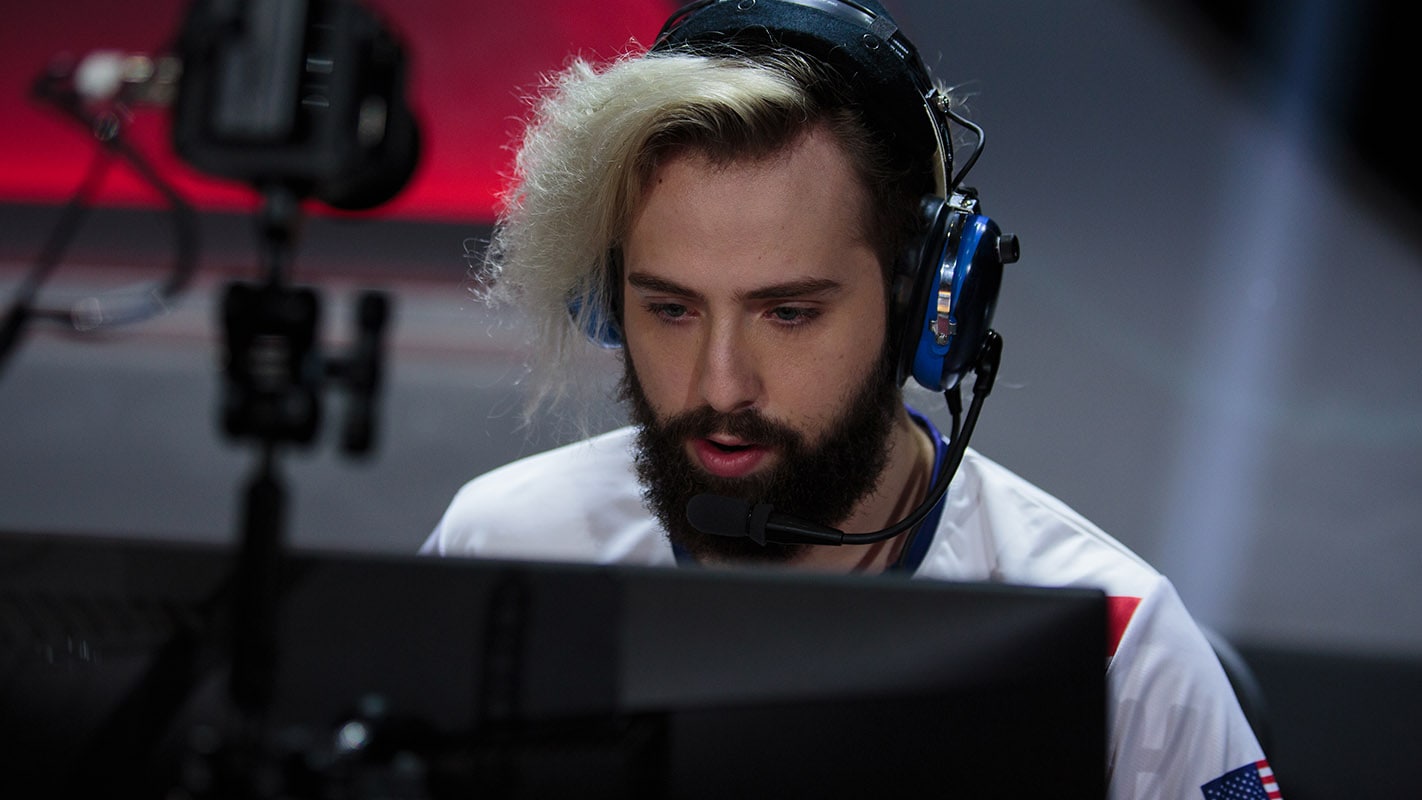 Where does the soul of Team USA lie? Is it in their aggressive playstyle, a maelstrom that pulls opponents into their whorl? Is it in the youth movement, as Indy “Space” Halpern and Jay “Sinatraa” Won play beyond their years and put the rest of the Overwatch community on notice?

Those are good arguments, backed by stuff like statistics and logic, but we’re talking about pure cosmic energy here. And for that, you don’t have to look further than Rawkus, this year’s OWWC MVP—Most Valuable Pelt. He’s a veteran and a leader, which every team needs, but more importantly, he has some of the most recognizable hair in the game.

To start, the asymmetrical mane is a brilliant study in perspective. If you look at him from the left, you get the dark undercut and full beard, a classic man-of-the-woods look popularized throughout history by Civil War generals, mid-career method actors, and every professional hockey player past the month of April. Rotate around to the right side, and you catch sight of the long bleached-blond bangs, which, depending on the occasion and hour, can resemble either a wispy poof of cotton candy or a souffle in collapse.

Now go back to the left side, but take a 45-degree angle this time. Squint a little. OK, squint harder. Imagine a halo, maybe a pair of Valkyrie wings in soft focus. My god, it's Mercy’s grunge-rock brother. 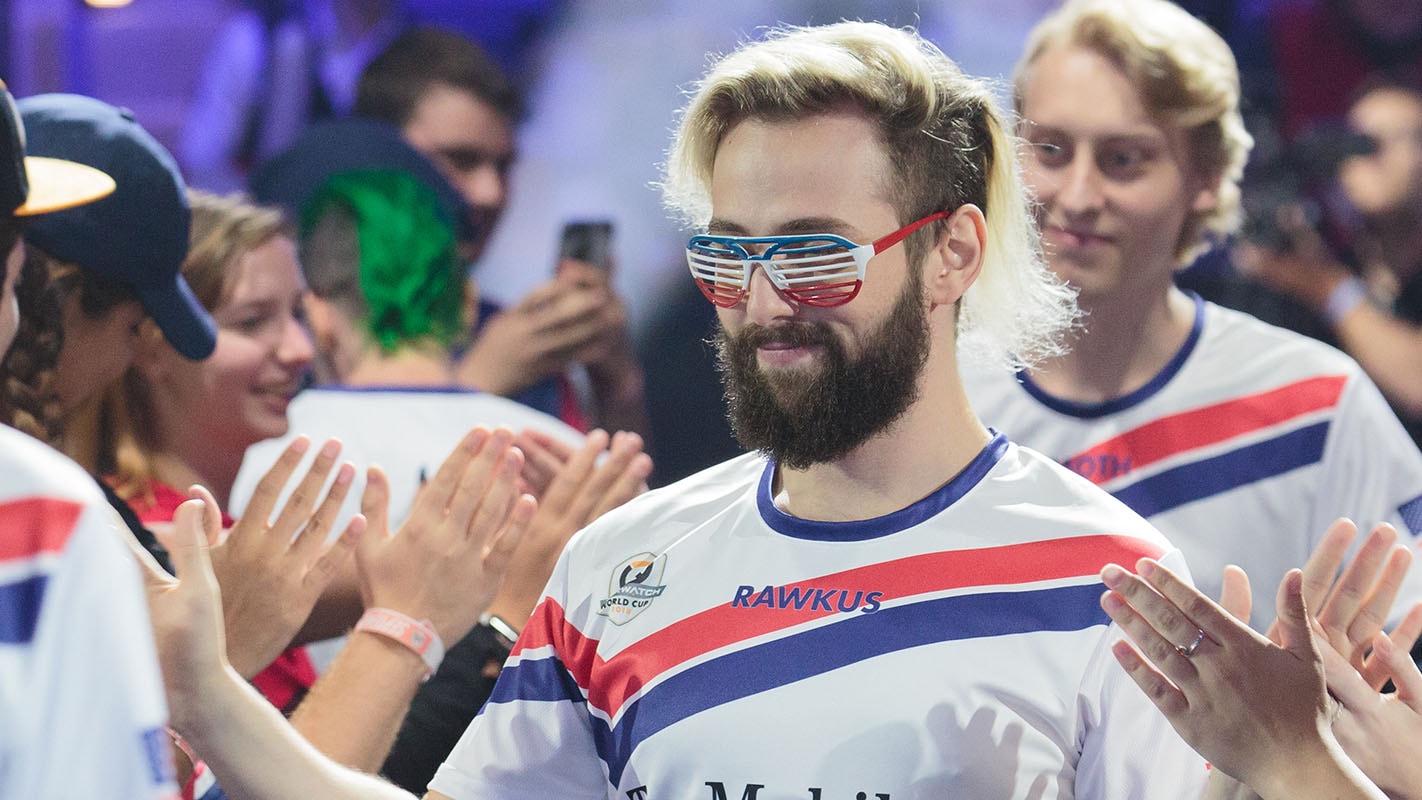 That’s the beauty of Rawkus’ hair. It can be all of the above, and it can be none of the above—ideal as a vessel for interpretation. Everyone, at some point in their lives, no matter how you feel about Team USA or the Houston Outlaws, must contend with the question, which is exactly as deep as you want it to be: what do you see in the Rorschach Test of Rawkus’ hair? 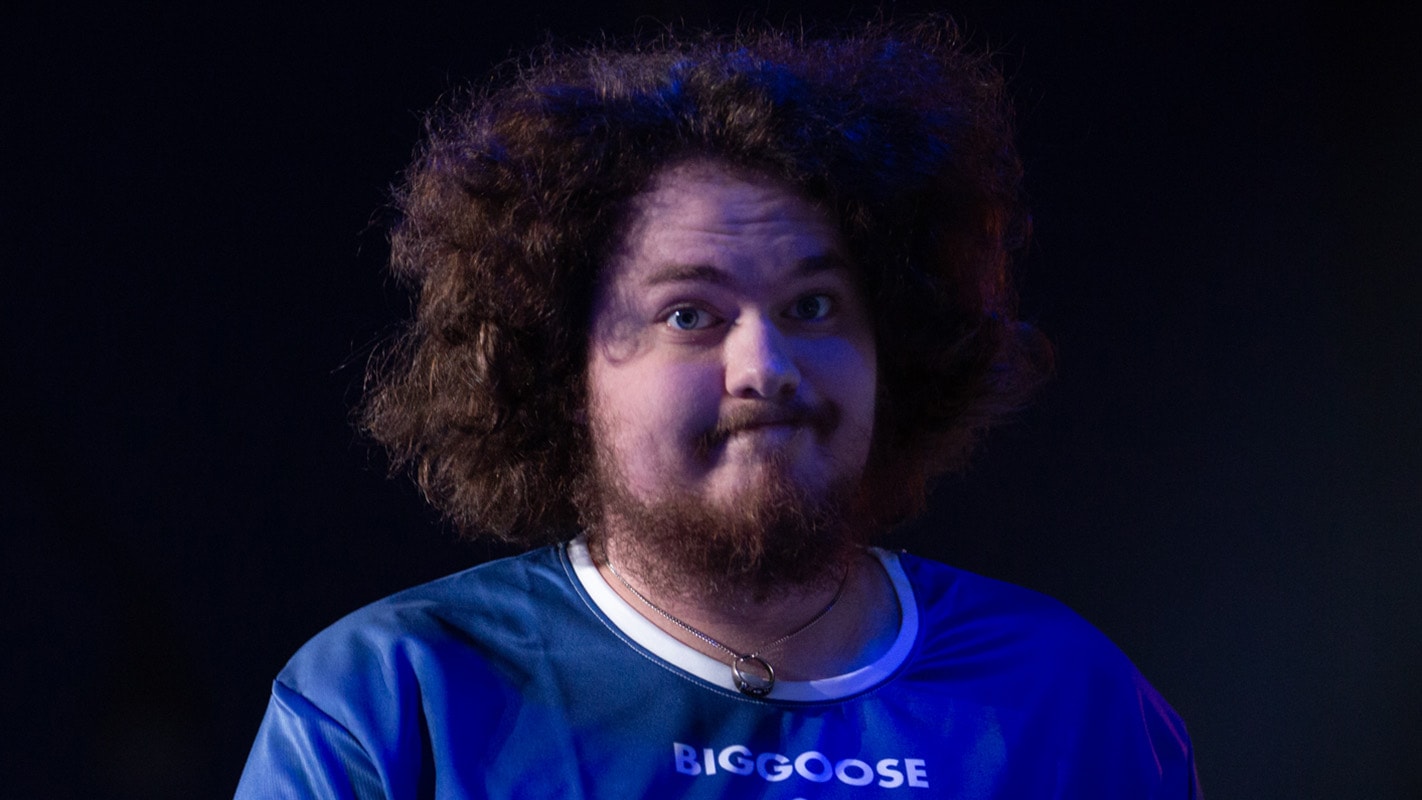 There’s a uniquely Finnish concept known as sisu—a stoic combination of resilience, grit, and determination that’s meant to get you through many hard winters, both environmental and psychological. While sisu can’t really be expressed through any physical attributes—it’s more the mental image of a clenched fist than a rebel yell—there’s something about Finland’s style of Overwatch that carries echoes of it. After all, this is the team that took South Korea to five maps in Incheon, against the odds, and clinched a spot in the Top 8 after failing to advance last year.

Finland has a veteran roster, with some of the most respected names in pro Overwatch—and some of the most respected hair as well. As such, it was extremely difficult to choose just one representative from this global follicle power. (Other options for this list included Joona “Fragi” Laine’s dense beard-drape and top-knot, along with Joonas “Zappis” Alakurtti’s hipster-prep version of the same look.) This All-Hair Team could’ve easily been overrun by Finns, but in the interests of achieving equal(ish) representation, BigGoose is carrying the torch for his country

Look up photos of BigGoose from his Team Gigantti days. The curls were a lot shorter and tamer back then—a lamb at six months old, never shorn. By the time he signed with the Los Angeles Gladiators, his hair had grown upwards and outwards, and it just never… stopped… growing. There were at least 200 ways you could describe BigGoose’s coiffure during the Overwatch league season: a shrub, a perfect little cumulus cloud, a young man’s interpretation of the Mama’s Family wig, the fifth Jonas brother. 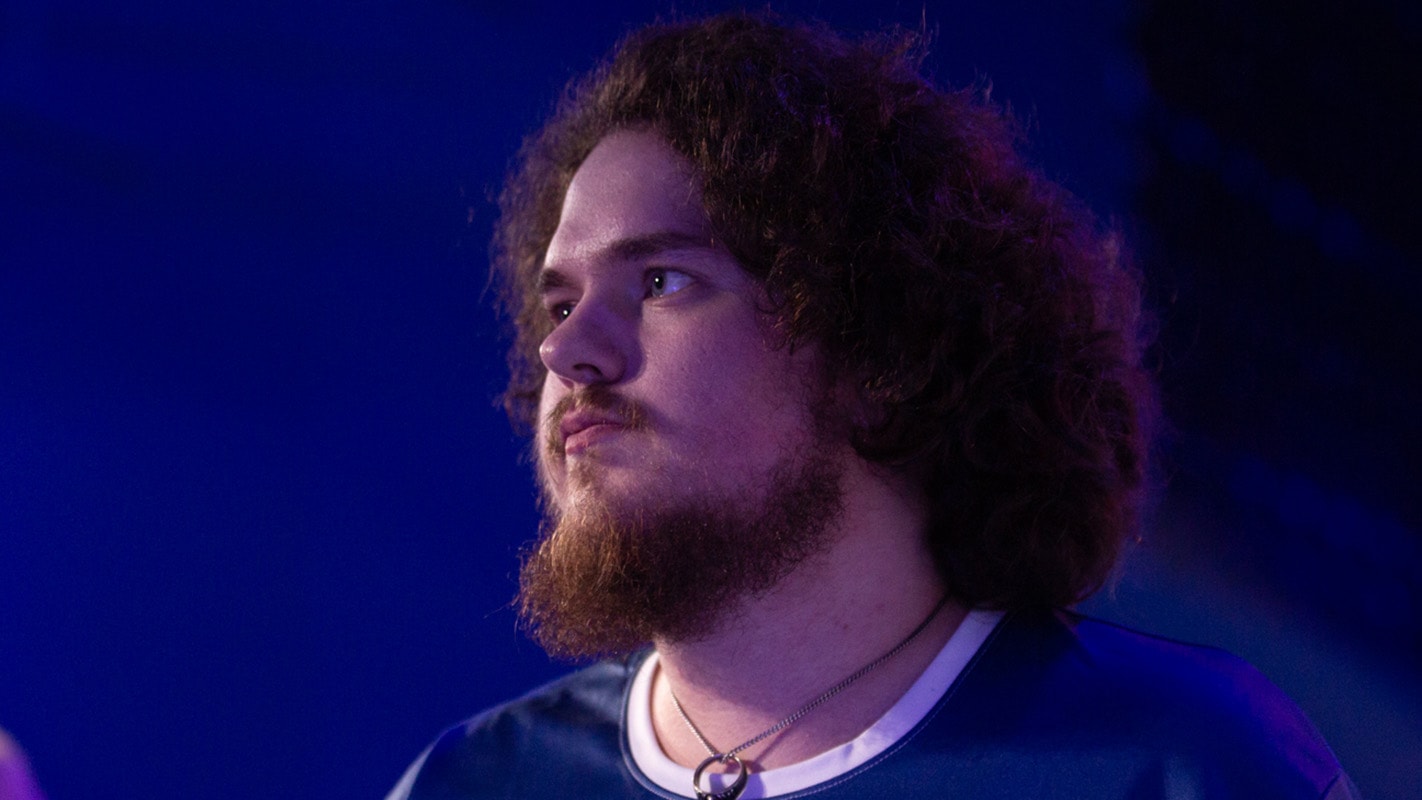 But we’re at the Overwatch World Cup now. BigGoose’s hair is escaping its invisible net, finally feeling the weight of gravity—of expectations?—and adopting a shape that isn’t just “more.” That, along with the formless beard, has transformed him into a more untethered version of himself, which can only be good news for Finland heading into their quarterfinal matchup against China.

You know what they say: the bigger the hair, the more sisu you have. 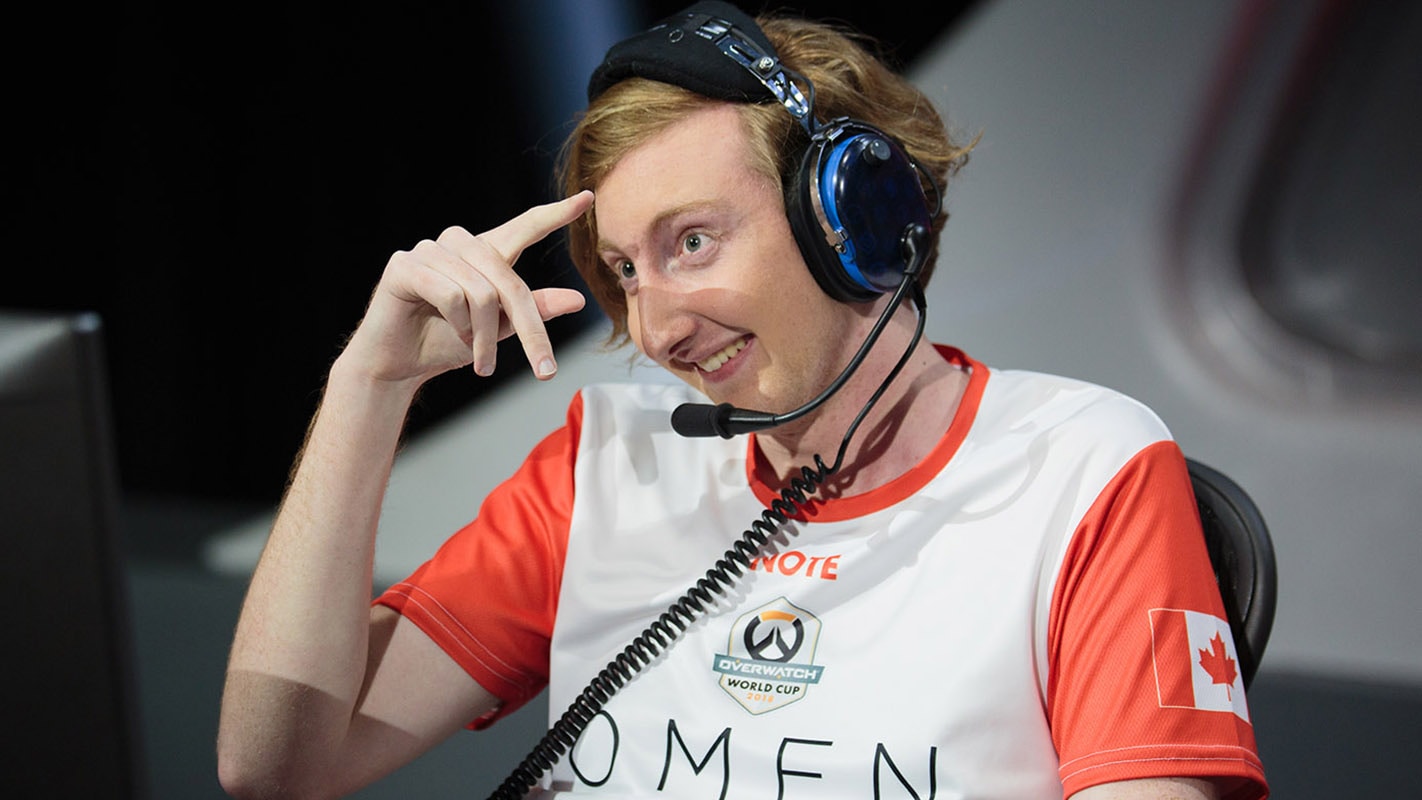 There comes a point, after hours of head-tilting consideration, where the entire exercise of identifying the best hairstyles in a tournament seems futile. Why am I doing this, I thought, glancing over the no-nonsense crew cuts, the ubiquitous fashion perms, the shaggy bangs that hide the foreheads of gamers all over the world. Sorry, but a summer undercut is not exactly the boldest form of self-expression these days.

Take Team Canada. Looking down the line, you have three very standard short styles and three blond dye jobs. To be fair, Lane “Surefour” Roberts’s pale platinum mop is kind of nice—a Rawkus-lite if you will—but that’s about it in terms of innovation.

Maybe that’s why the eye gravitates to Note. There’s something pure about strawberry blond hair, first of all. It’s not the bright ginger shock of Australia’s Felix “CKM” Murray, but it’s a color that you see in Renaissance paintings alongside bowls of fruit, wood sprites, and oversized neck ruffles (sometimes all at the same time). 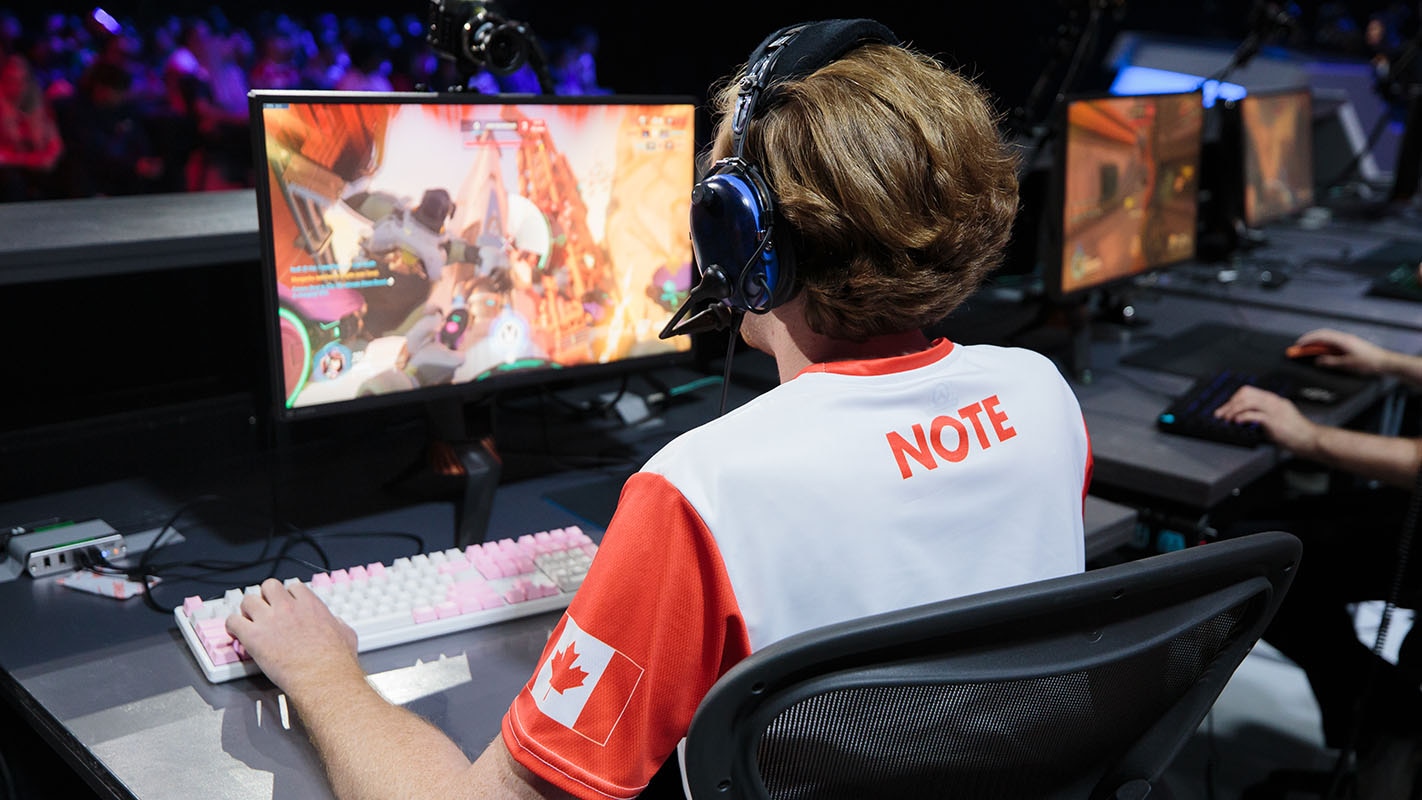 Then there’s the shape: not really a bowl, not quite angular, deceptively textured, a side part that implies more than a passing glance in the mirror each morning, longer than you’d usually see but not an unmanageable length. Striking the middle ground between utility and vanity, Note has the kind of hair you’d see on a midfielder for a successful soccer team. He’s a less sweaty Luka Modrić.

It’s fitting for a D.Va player like Note, if you think about it. Off-tank isn’t always the flashiest of positions, but there’s always the potential to go nuclear, and he has to hold the backline and the attacking players together somehow. It’s hairy business. Note’s got it handled, though. 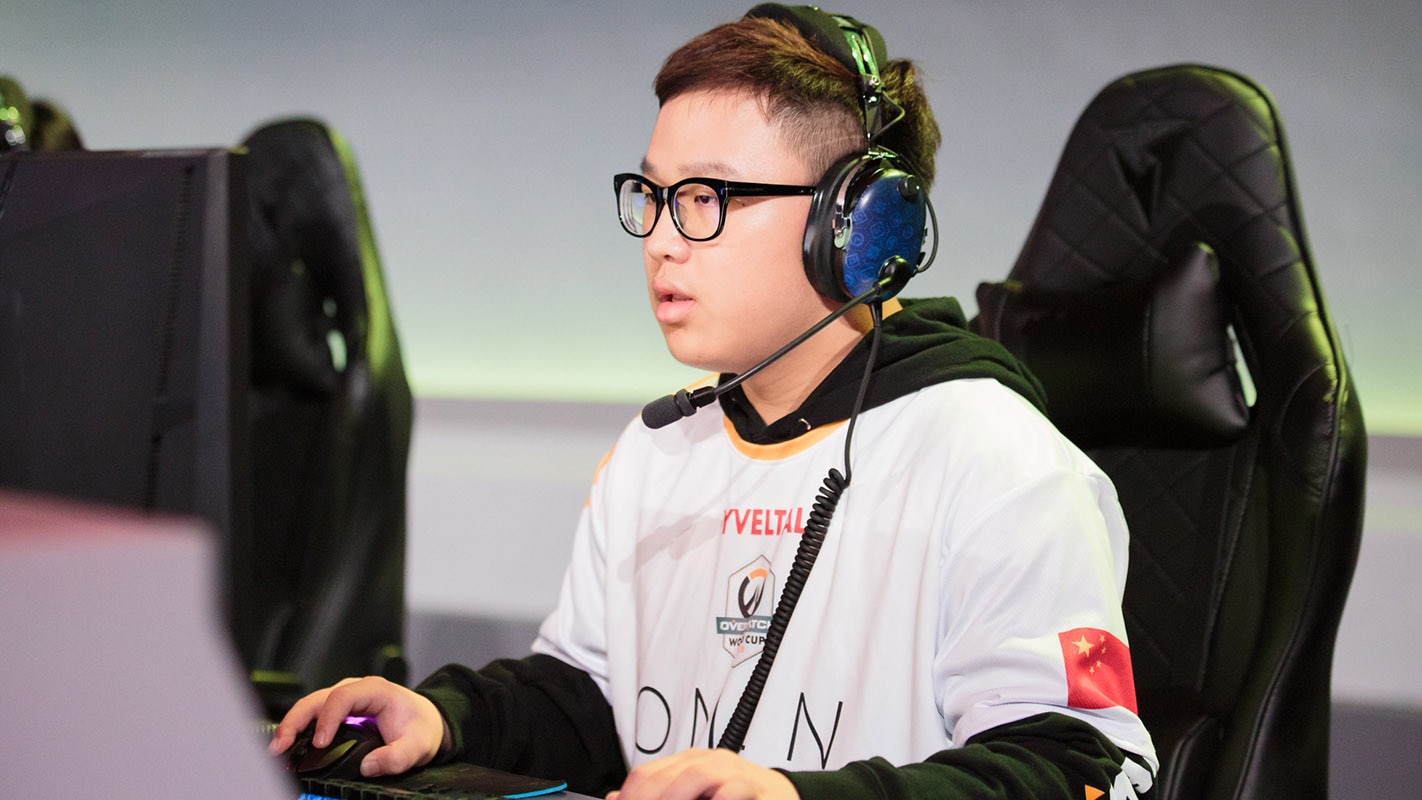 In both Overwatch and life, sometimes less is more. Team China was a good example of this, adopting a more measured approach during the Bangkok Group Stage and conserving ultimates whenever possible, always planning for the next teamfight. The team’s approach to hair this year was also somewhat restrained—a reliable mix of perms, bowl cuts, and just the one dyed mop in Yangjie “Shy” Zheng. Junjian “Sky” He, usually blessed with bright tresses, went with an austere black style, letting his eyewear and fantastic Ana play do all the talking for him.

Instead, it was Sky’s support partner, Yveltal, who pulled ahead with his short blunt fringe and high shaved sides—and is that the world’s most subtle racing stripe or a barber’s mistake? We may never know, and that’s OK. Sometimes art is better left to the beholder’s interpretation. 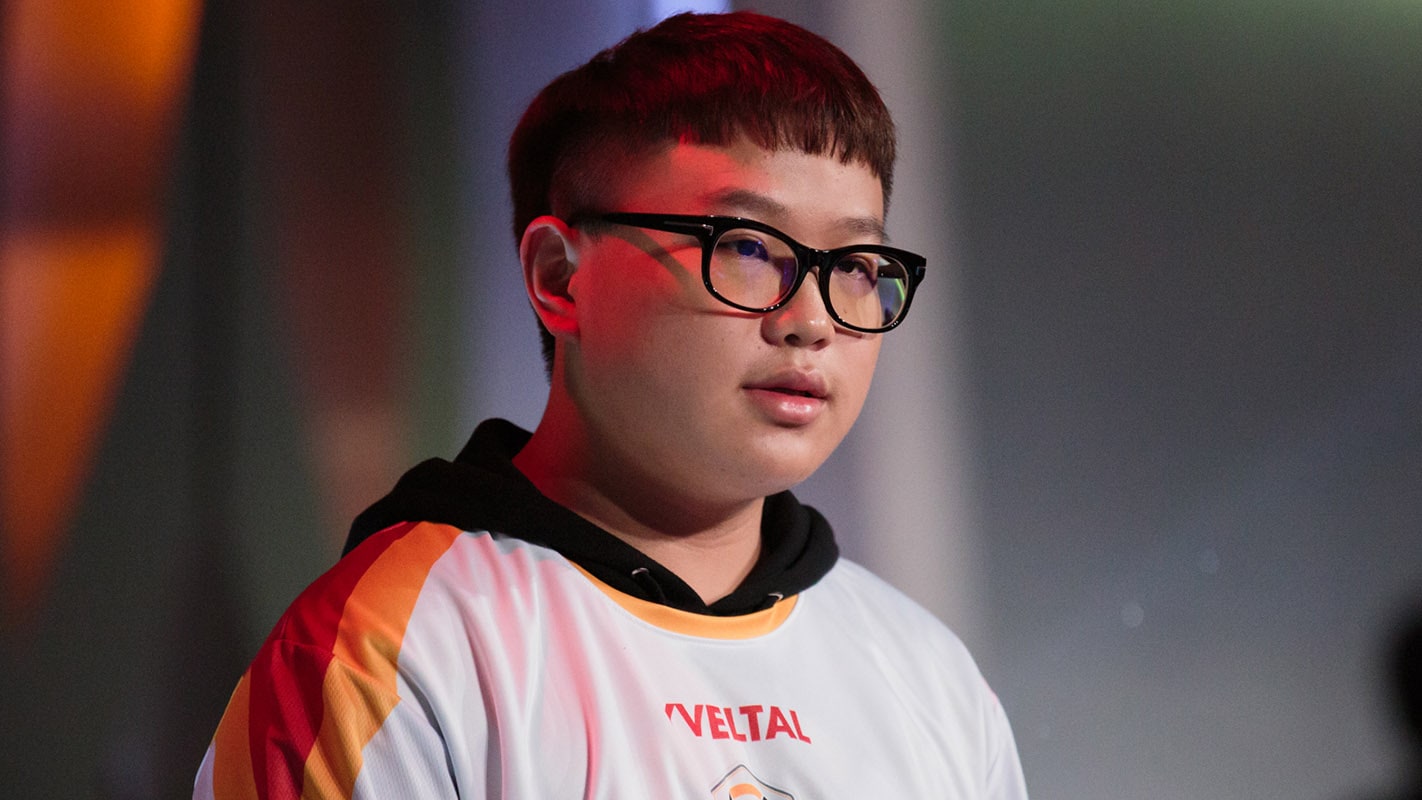 This is a wonderfully mischievous haircut. The shaved sides curve back and down to create the illusion of a mohawk in the back, while also creating nice pockets for his headset. It softens the severity of the bangs, which are more versatile than you might think—brush them to the side or gel them up to achieve a vastly different effect.

As it stands, Yveltal is giving us punk Spock with a baby monk face. In another universe, he’s the fan-favorite sidekick in a bestselling comic book, with a spinoff series in development. In this universe, he’s at BlizzCon trying to win a gold medal. Same energy, though.

The Gallery of Hopefuls

While these four players are the best of the BlizzCon-bound, there were plenty of fantastic candidates rendered sadly ineligible due to their teams not making the Top 8. No matter their map record, though, they’re all winners in the hair game. 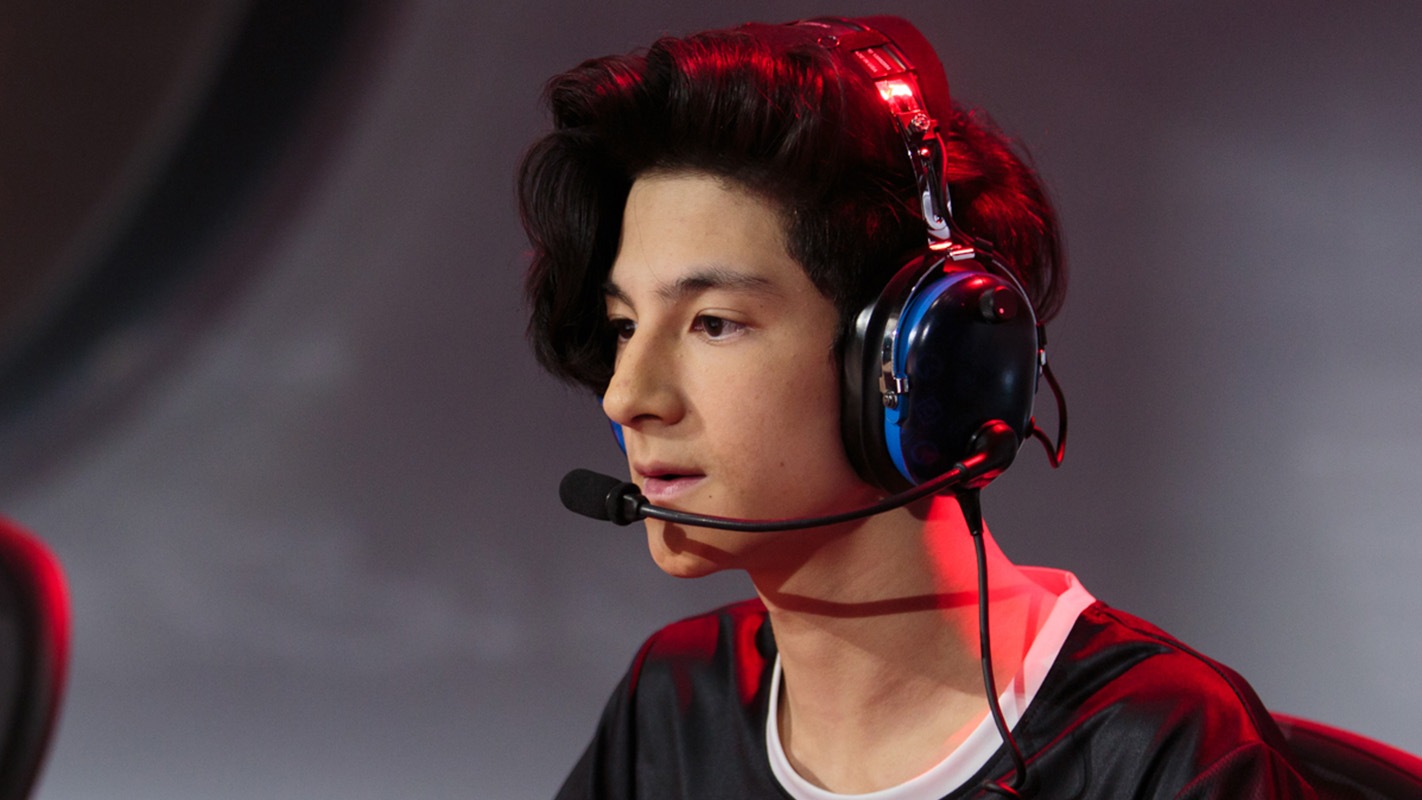 Only 15 years old, and already a legend in so many ways. 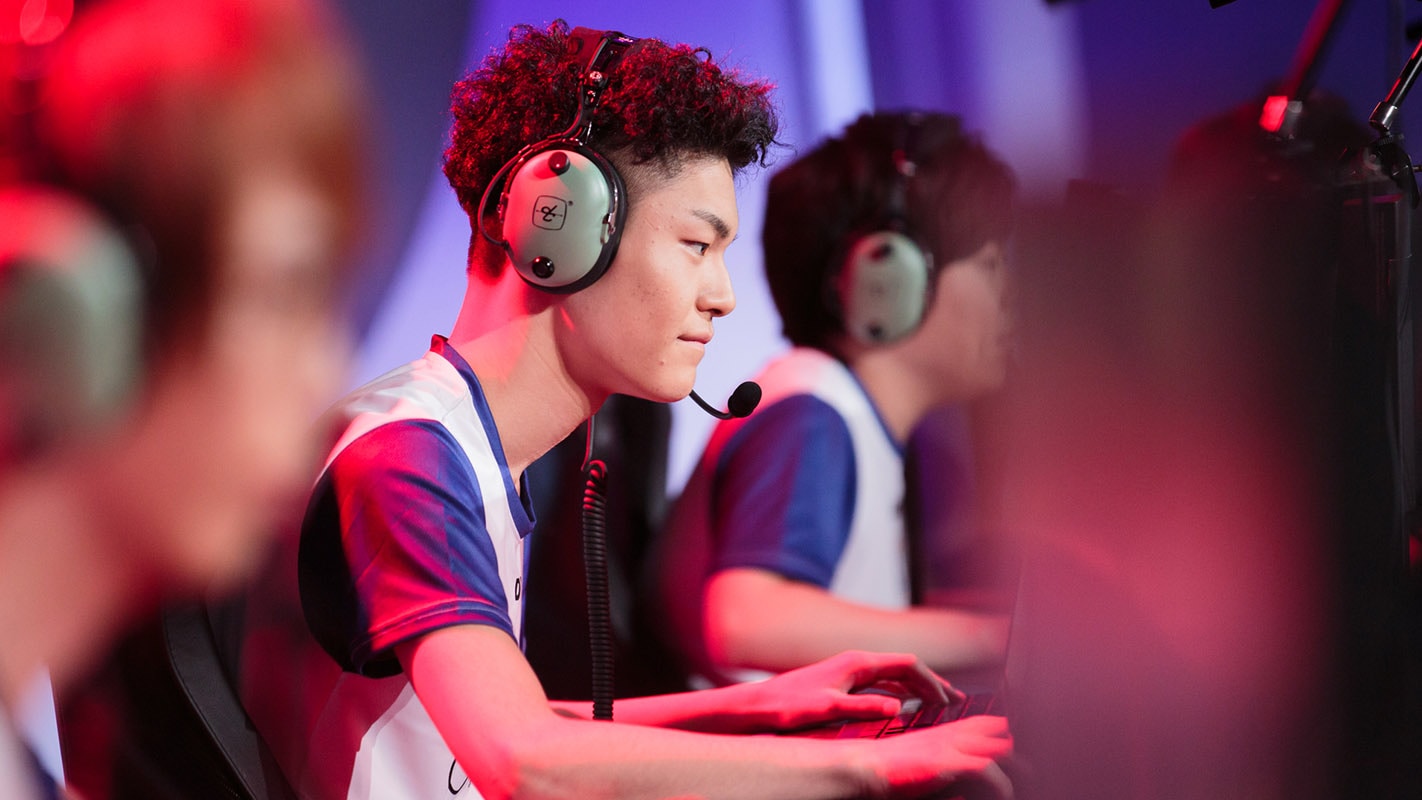 Those are some tight curls, man. Almost as fresh as his Widowmaker skills. 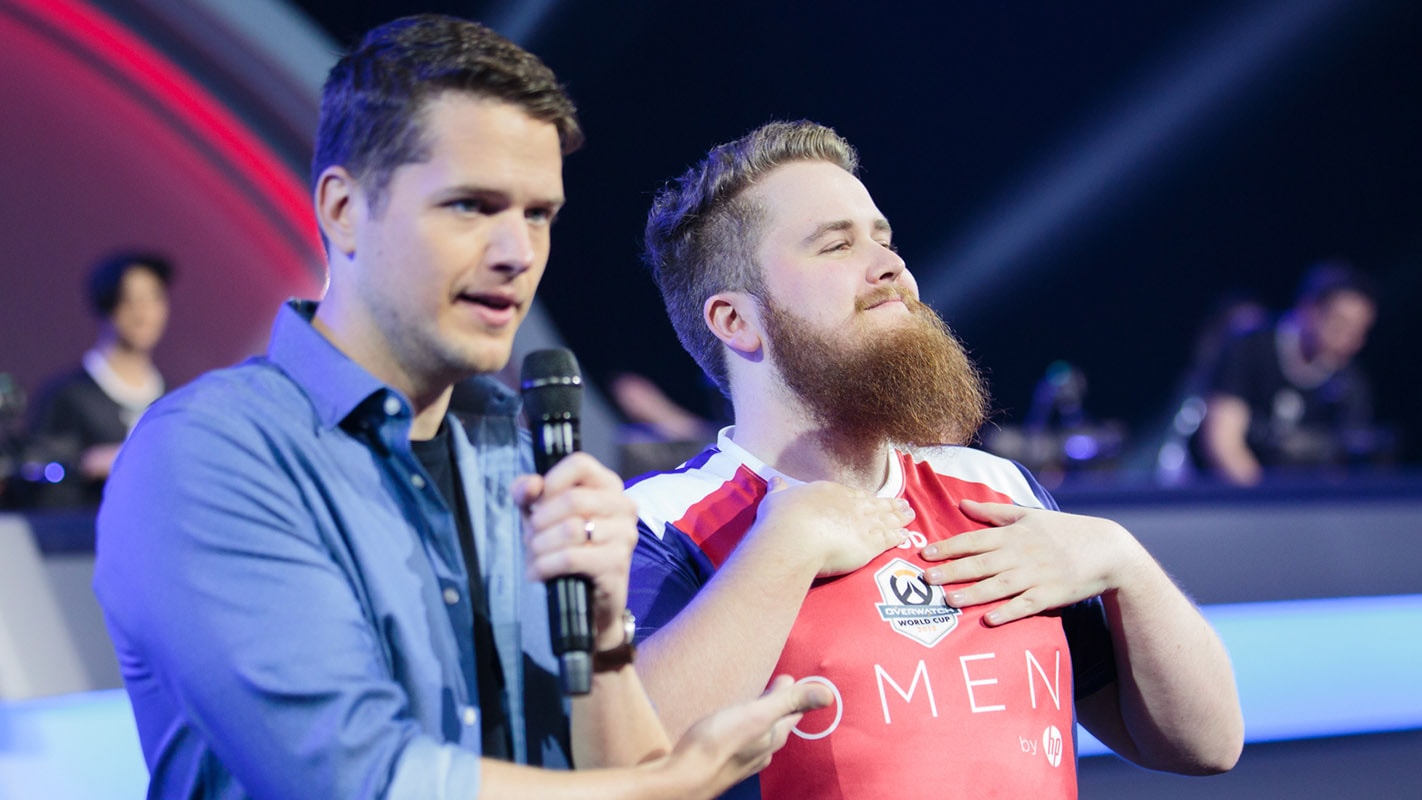 The top screams weekend DJ, but the Nordic underbrush keeps this look authentic. 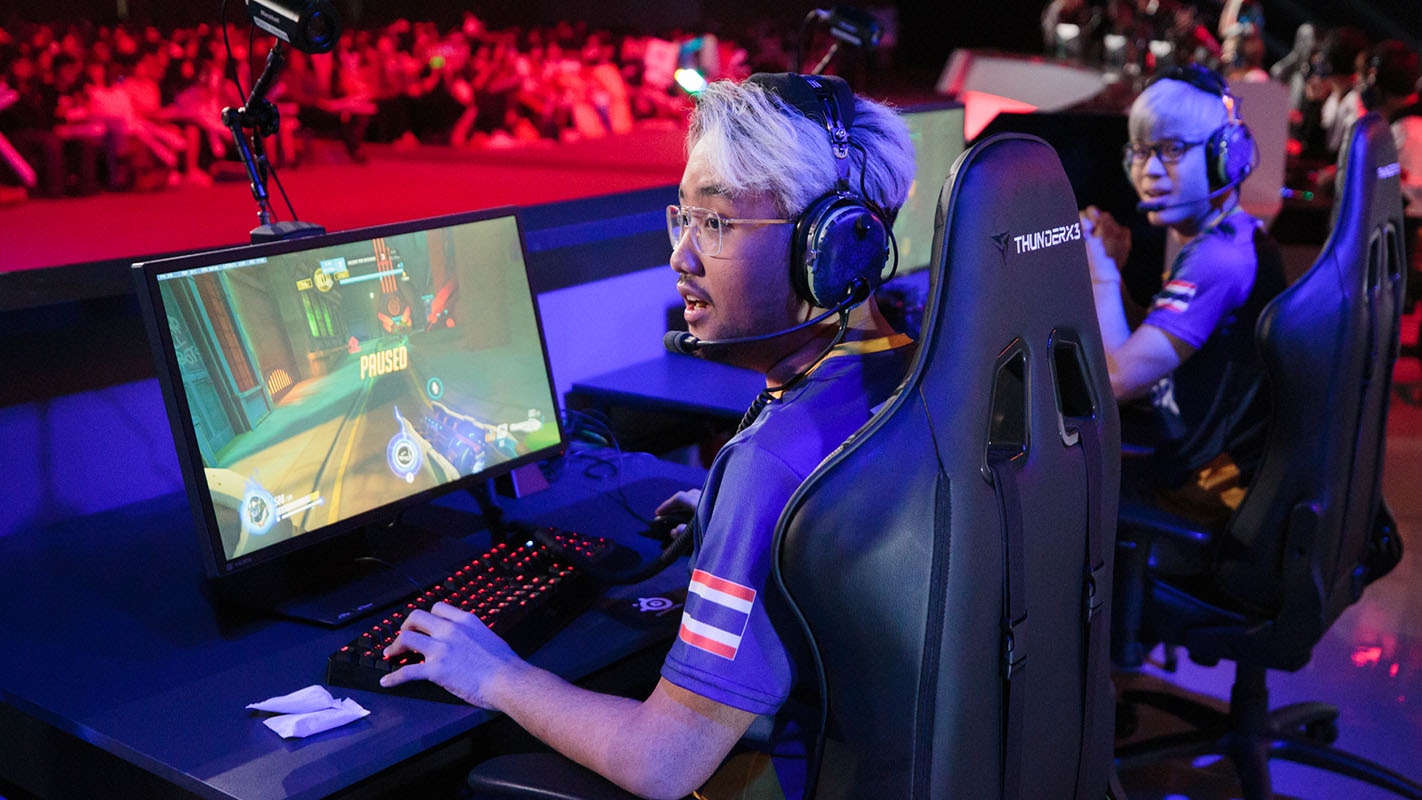 Teetawat went platinum, while Mickie went silver. This was tag-team leadership at work. 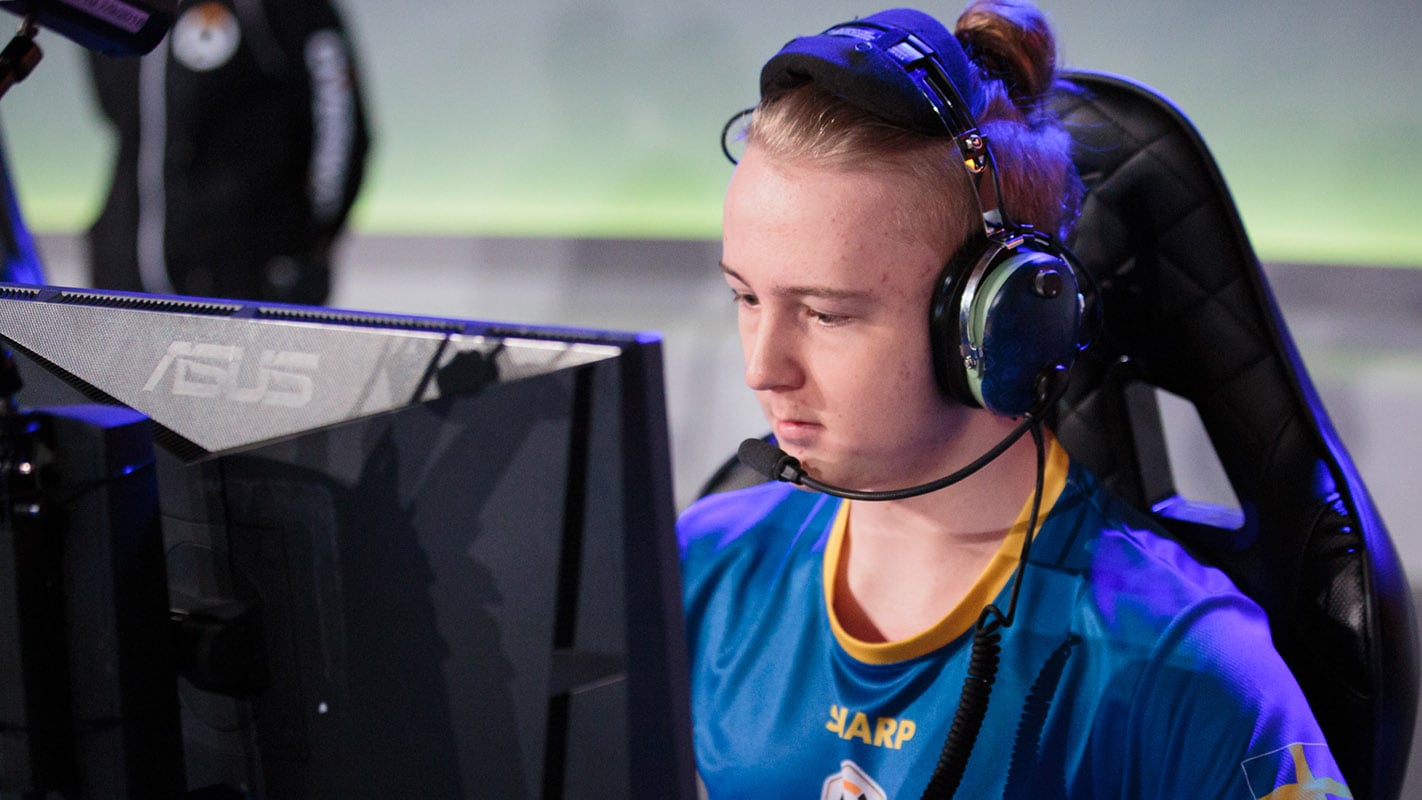 It’s not the most compact top-knot we saw during the Group Stages, but it was the most proportionally pleasing, with no facial hair to distract attention away from it. 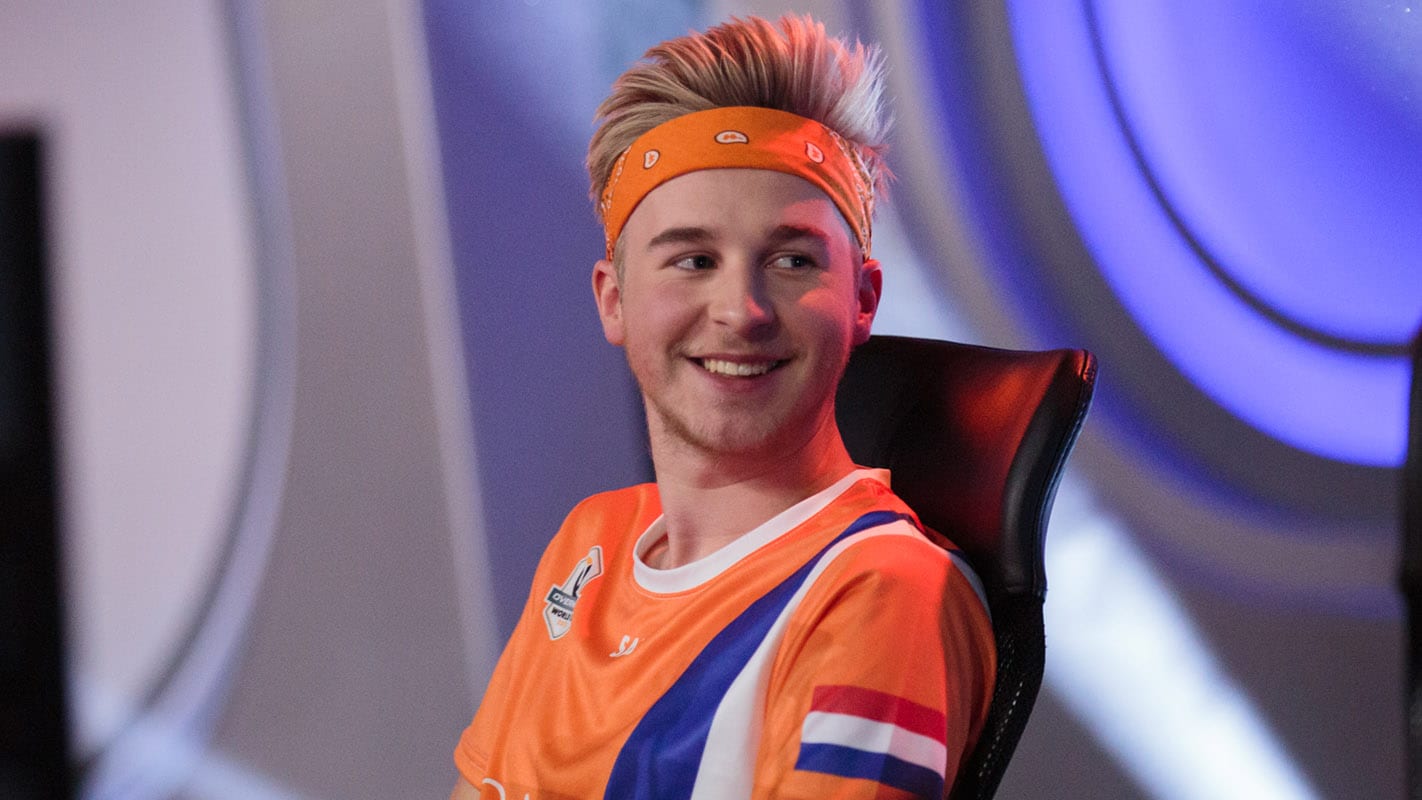 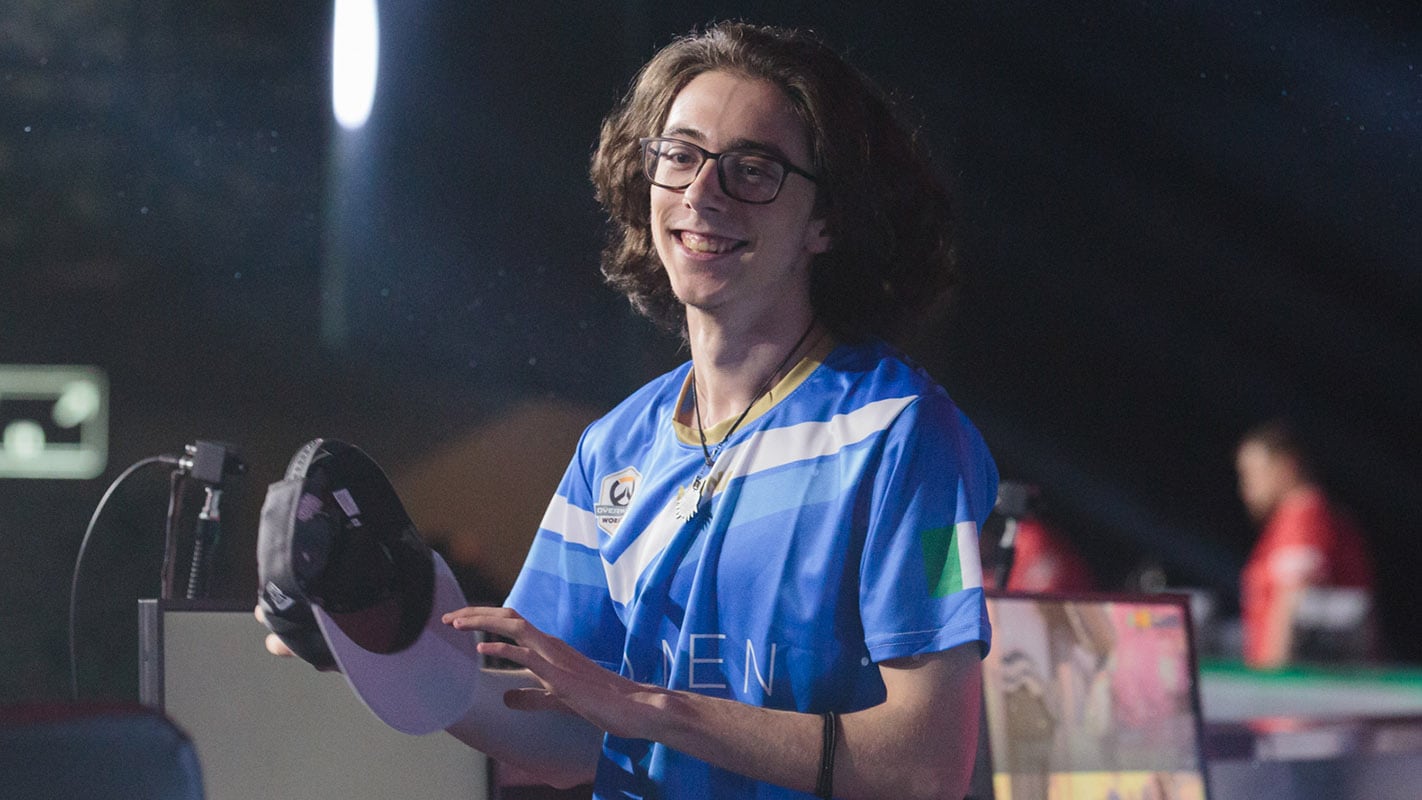 Not even putting on a baseball cap can suppress the volume of that majestic flow. Can he leak his haircare routine?

Join the Overwatch World Cup Top 8 hair watch when the quarterfinals kick off on Friday at 12:15 p.m. PDT. Whether you’re attending BlizzCon or watching from home, be sure to follow the action via your local stream and on Twitter at @owpathtopro.